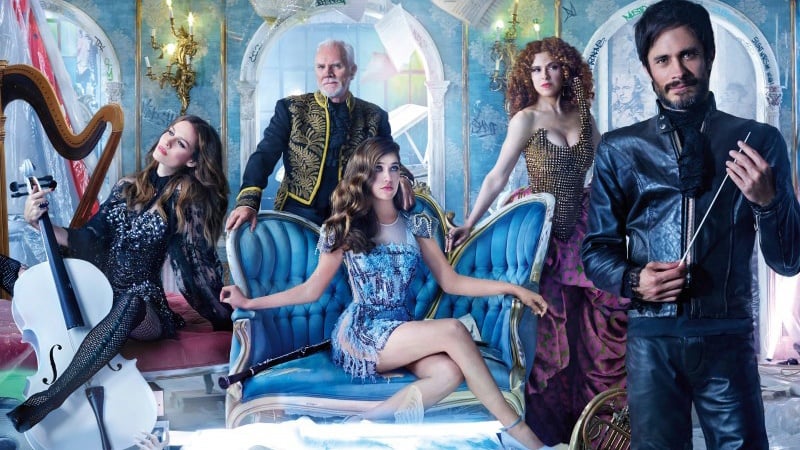 Blair Tindall’s book, Mozart in the Jungle: Sex, Drugs, and Classical Music, shocked readers a decade ago when it exposed some of the low points of high culture. Written largely from the author’s own experiences as a freelance oboist in New York, the book has inspired Amazon’s new series Mozart in the Jungle.

We spoke with Blair about Mozart in the Jungle and its adaptation to an award-winning TV show.

WFMT: For those who haven’t read the book, what is Mozart in the Jungle about?

Blair Tindall: Mozart in the Jungle refers to musicians trying to make their way in the jungle of the classical music world. There’s a lot more in it for people who want to do research on music in the late 20th century. It’s a varied book, and it has a lot of fun stories with musicians.

WFMT: You also write a lot about your experiences during performances — what’s going through your mind and your feelings — is that difficult to write about?

Tindall: It was difficult to write about because that’s what we [musicians] do. We don’t realize that others don’t experience these feelings on a daily basis. But I have to say the show has addressed a really great topic: amusia. It’s a medical condition where the musician cannot hear tones as they’re happening, so it sounds like you have water in your ear. Gael García Bernal’s character, Rodrigo, has this condition. I think that sums up what a lot of us feel while performing. We’re playing this music, and it’s hard to say exactly what we’re going through and for others to understand what’s happening.

WFMT: How did the book become a television series?

Tindall: I always hoped that it would become a TV series or a movie. When I was writing the book, I got other books about writing screenplays. I saw that it was a three-part structure, and I wrote the book in that way, hoping that would attract somebody. Fortunately, somebody caught on, and it was a really big somebody! Roman Coppola and Jason Schwartzman created it, and they have just done a terrific job.

WFMT: Do you have a lot of involvement in writing for the show?

Tindall: Yes! Various directors and creators call me and ask questions. I’m very happy about that because I’d like them to get as much right as possible.

WFMT: What are the inherent difficulties in representing the classical music world for a TV series?

Tindall: I think the major difficulty is people who aren’t familiar with classical music need to get a brief education, and it’s impossible to do. They have to present things in little bursts so that others understand the characters and topics, and that is close as they can come.

WFMT: One of the main characters of the series, Hailey (portrayed by Lola Kirke), is an aspiring oboist, like you were. Did you meet with her during filming?

Tindall: Not really – I only met her when Season 1 was finished shooting, but she did learn to play the oboe. Just by bizarre coincidence, and the creators would having no way of knowing, but [Lola Kirke] is a dead ringer for me at that age! She really is in every way portraying me – from the silly giggle to the naïveness, to just the way she looks. 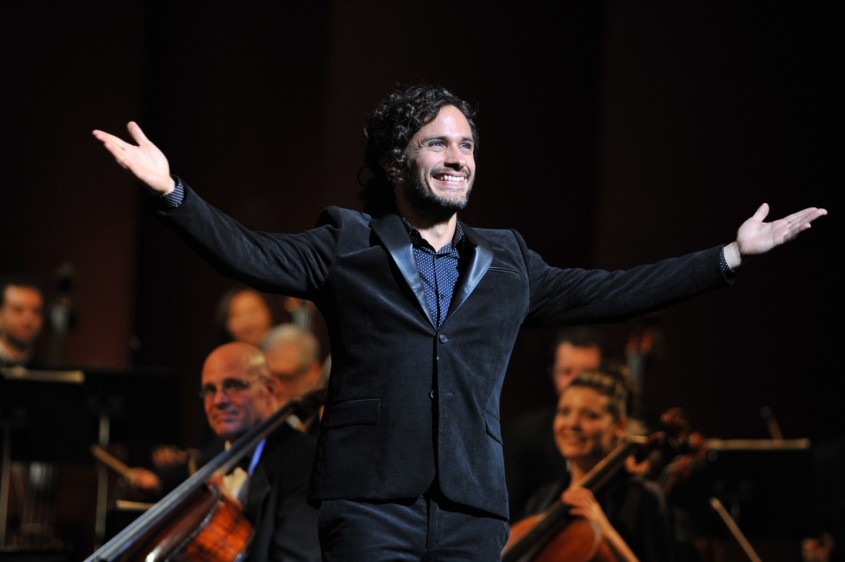 Gael García Bernal, who recently won a Golden Globe for Best Actor in a Television Series – Musical or Comedy, as Rodrigo in Mozart in the Jungle.

Tindall: They all did – they can all play an instrument and have had at least 2 years of lessons by now. They all have coaches on the set, too. But nobody is going to get up there and play something like the Elgar Cello Concerto. [Laughs] But Saffron Burrows, who plays the beautiful, tall cellist Cynthia, has been studying with Carter Brey, the principal cellist of the New York Philharmonic.

WFMT: A lot of people will be excited to see some musician cameos. Was it easy to convince them to appear on the show?

Tindall: I’m very old friends with Deborah Borda, the CEO of the Los Angeles Philharmonic. Deborah and I had communicated, and she said that Gustavo Dudamel was interested in the show. I set her up with the production company, and off we went! And actually, Dudamel turned out to be a bit of an acting genius! His little role is quite funny.

For some of the other guys, I didn’t really know until I was on the set. I was walking by the trailers seeing Emmanuel Ax, Alan Gilbert, Joshua Bell – so I stayed and talked to them, and they all seemed to be having a blast.

WFMT: You are very candid in the book, and so much is portrayed on screen as well. Was it difficult to be open about your personal experiences?

Tindall: The book came ten years before the series, but it was very difficult. There are a lot of online trolls, and it’s very difficult to put yourself out there like that. They’ll take whatever you say and magnify it 100 times. I’m kind of used to it now. And it’s okay because I think what they’ve done with the series is making a lot of people interested in classical music and that’s all I ever wanted.

WFMT: What advice would you give to a budding musician?

Tindall: Learn computer coding – really! Learn to be versatile. And just as it’s always been, it’s never going to be what your predecessors experienced during their careers. You’ve got to figure out what the new thing is in music, and right now it’s a lot related to social media and journalism. You have to learn how to blog or whatever the new thing is.

The playing always comes first and foremost, but as my experience has shown, a lot depends on getting yourself out there and teaching others about classical music.

WFMT: What is your take on the future of classical music?

Tindall: I don’t think things ever got bad, but it did get financially diluted for a while. It’s definitely on the way up. In regard to the television show, I think it really has exposed people to classical music, and they’re excited about it. They’re not afraid of going to concerts.

I was telling my story to someone on a recent vacation, and she said, “That’s your show? I thought I hated classical music, and now I have tickets to the San Diego Symphony.” Yesterday, somebody had posted on Amazon saying something similar: “I used to hate classical music, but now I have a new obsession.” And that is what I was aiming for.

The book and television series Mozart in the Jungle are available at amazon.com.

Decade in Review: The 2010s and Classical Music
70th Anniversary Special: Interview with Almita & Roland Vamos
In Their Own Words: Quotes From Artists and Friends of WFMT Who Died in 2020
9 Works by Women Writers We Want to See Adapted into Operas
2020's 8 Best Classical Christmas Albums
Jory Vinikour with Special Guest Rachel Barton Pine [Rebroadcast]