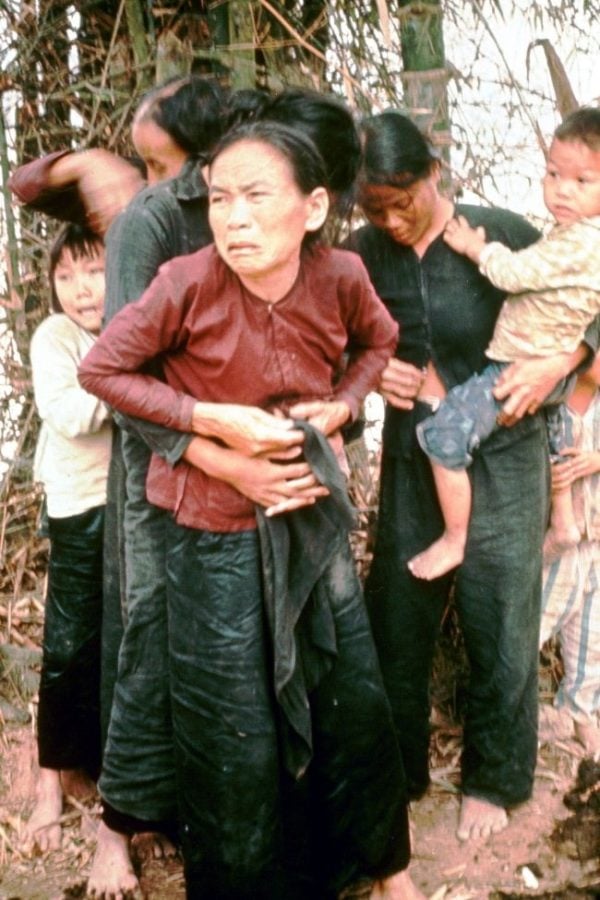 Victims in the My Lai Massacare included children and women

“The story of Hugh Thompson in My Lai and the opposition of the Vietnam War is what led me from high school into adulthood,” said Jonathan Berger, composer, and professor at Stanford University. Hugh Thompson was a Warrant Officer in the United States Army who attempted to stop American soldiers from murdering over 500 innocent civilians in Vietnam on March 16, 1968. Thompson was not recognized for his efforts until 30 years later, when the Army awarded him the Soldier’s Medal.

“There was an enormous amount of talk in my house about what really constitutes patriotism, what is a right war and a wrong war,” Berger continued. “This was the background noise in my life.”

Over forty years later, Berger’s background noise comes to the foreground in his new work My Lai. This operatic monodrama follows Hugh Thompson’s story in various snapshots, from the horrific day in My Lai to reflective moments throughout his life (Thompson passed away from cancer in 2006). The piece was created for the Kronos Quartet, Rinde Eckert, and Vân-Ánh Vanessa Võ, and received its concert premiere at Stanford in October 2015. The staged production will premiere in Chicago at the Harris Theater on Friday, January 29.

Before My Lai, Berger composed another piece dedicated to Thompson. “Thompson found out about my piano concerto that was inspired by him, and he called me after he was awarded the Soldier’s Medal,” Berger said. “We had a brief conversation, which was very moving. It was the only time I had personal contact with him. His story has an artistic, dramatic curve, and I knew I’d come back to it. But there’s the issue of just telling the story.”

In order to explore the gravity of the content in a larger scale work, Berger described how the conception of My Lai was rooted in collaboration and trust. First, he discussed his idea with violinist David Harrington of the Kronos Quartet. “This is a story of heroism and patriotism and ethics and morality that just needs to be told today even more than ever. So that conversation I had with David Harrington was an incredibly memorable one. I think we both almost cathartically said how important that period was in our lives.” 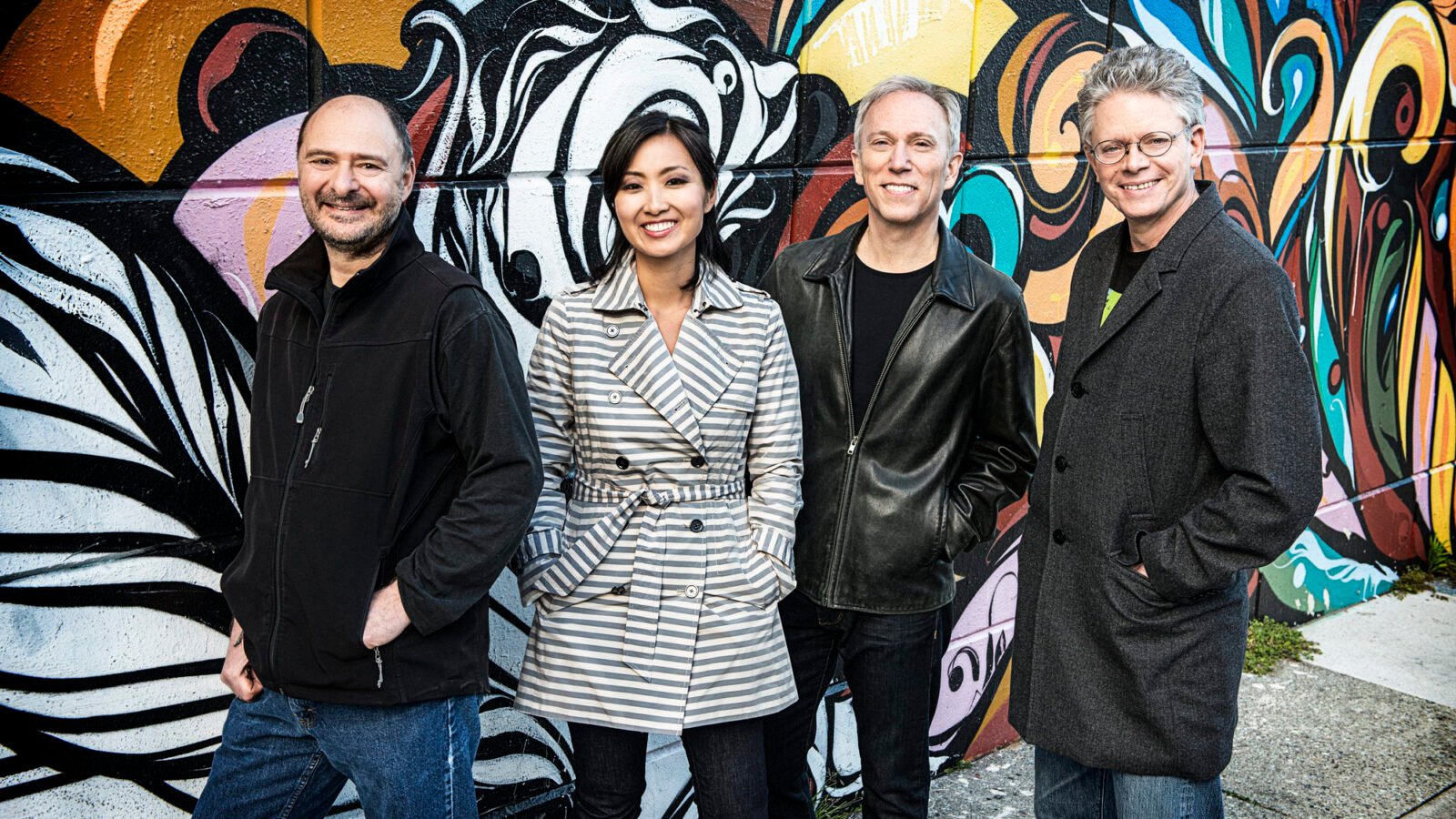 Harrington also grew up during the Vietnam War. He founded Kronos after hearing George Crumb’s Black Angels on the radio in August 1973. “Black Angels came out of a very disorienting, disturbing moment in our history,” Harrington explained. “Many people were searching for a way to express themselves during this time. For me, there it was.”

“All these years later, there’s Jonathan talking about this idea that’s been inside of him for 40 years,” Harrington continued, “and it just seemed to me to be a perfect segue way for us. One thing I’ve tried to do in my work with composers is that I’ve always trusted what I’m hearing from them. If someone mentions to me that they’ve ha

d this idea burning in them for 40 years – it has to get out – then I trust that. That was what I was hearing from Jonathan.”

Berger teamed up with tenor Rinde Eckert, who portrays Thompson, and director Mark DeChiazza (Eckert and DeChiazza had collaborated on a previous opera project with Berger). Author Harriet Scott Chessman wrote the libretto for My Lai.

Harrington invited Vietnamese instrumental virtuoso Vân-Ánh Vanessa Võ to collaborate. “At first, I was afraid because it was a new domain to me, but moreover, I have this personal trepidation about cultural appropriation, taking music of a culture that is not mine,” Berger said. “That momentary trepidation died immediately when I first met Vân-Ánh. We talked about making sure the music was respectful of the Vietnamese culture, and we worked very hard to shape the music in that way.”

Vân-Ánh plays a number of traditional Vietnamese instruments throughout My Lai. The prelude, “My Lai Lullaby,” features the solo đàn bầu, a one-stringed zither. “If you can imagine a theremin that’s actually living and breathing, that’s kind of what it’s like,” Harrington commented.

Berger added, “She also plays the đàn tranh, a bamboo xylophone. The bamboo spikes are identical to those that the Viet Cong used for booby traps.” Gongs made of American artillery shells will also be used in the production. While Berger noted My Lai is not the first work to use instruments made out of this weaponry, he expressed how it still “became this poetic version of beating weapons of war into instruments of music.” 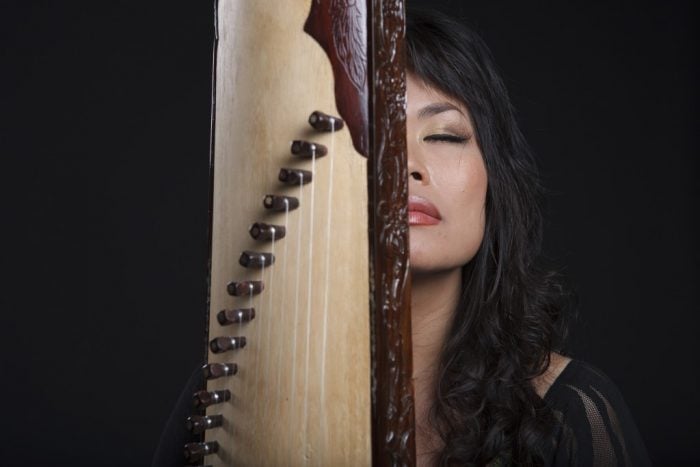 The mixture of the Vietnamese and Western instruments creates “textured, feverish sounds” according to Harrington. “There will be some very raw sounds coming from Kronos – no question! But there are also some beautiful and sensitive sounds. There are elements and references to distortion in Black Angels, but I think this work is totally distinctive. It belongs on its own in terms of American opera.”

Berger admits the realm of opera and musical theater is new territory to him. “I’m fundamentally a chamber music composer, that’s where my passion and soul lies. Every day there are new surprises and new lessons. Even though this piece is big and dramatic, Rinde Eckert works on the slightest nuances, and it’s incredible. Working with Kronos is also wonderful. We have this symbiotic relationship where I give them something and they make it their own, and we go back and forth. It’s great to trustingly release it to wonderful musicians.”

“In spite of the subject matter, there’s been a lot of camaraderie and discovery in the rehearsal,” Harrington added. “I’m sure that will be continuing in Chicago. There is a lot to be discussed still.”

While transferring a sensitive piece of music to the stage is no small feat, both Berger and Harrington recognize that presenting My Lai can influence our understanding of the past, present, and future. “I’m reading about similar kinds of things now,” said Harrington. “I think by having a little sense of the past, we might understand the present a little more. I’m hoping that our audience will take away some sense that music and theater can perhaps, if we’re lucky, find ways to proceed that would be less violent, less destructive, and more hopeful.”

To learn more about the upcoming Chicago premiere of My Lai, visit the Harris Theater’s website.

In Their Own Words: Inspiring Quotes From Classical Artists, Members of the Arts Community, and Colleagues Who Died in 2021
In the Age of the Visual Album, What Can Opera Learn from Beyoncé?
Lyric Returns With Free Star-Studded Virtual Gala
9 Works by Women Writers We Want to See Adapted into Operas
Son: Jazz great Ellis Marsalis Jr. dead at 85; fought virus
Strike Up the Wind Band: Celebrating 50 Years of the Northwestern University Symphonic Wind Ensemble