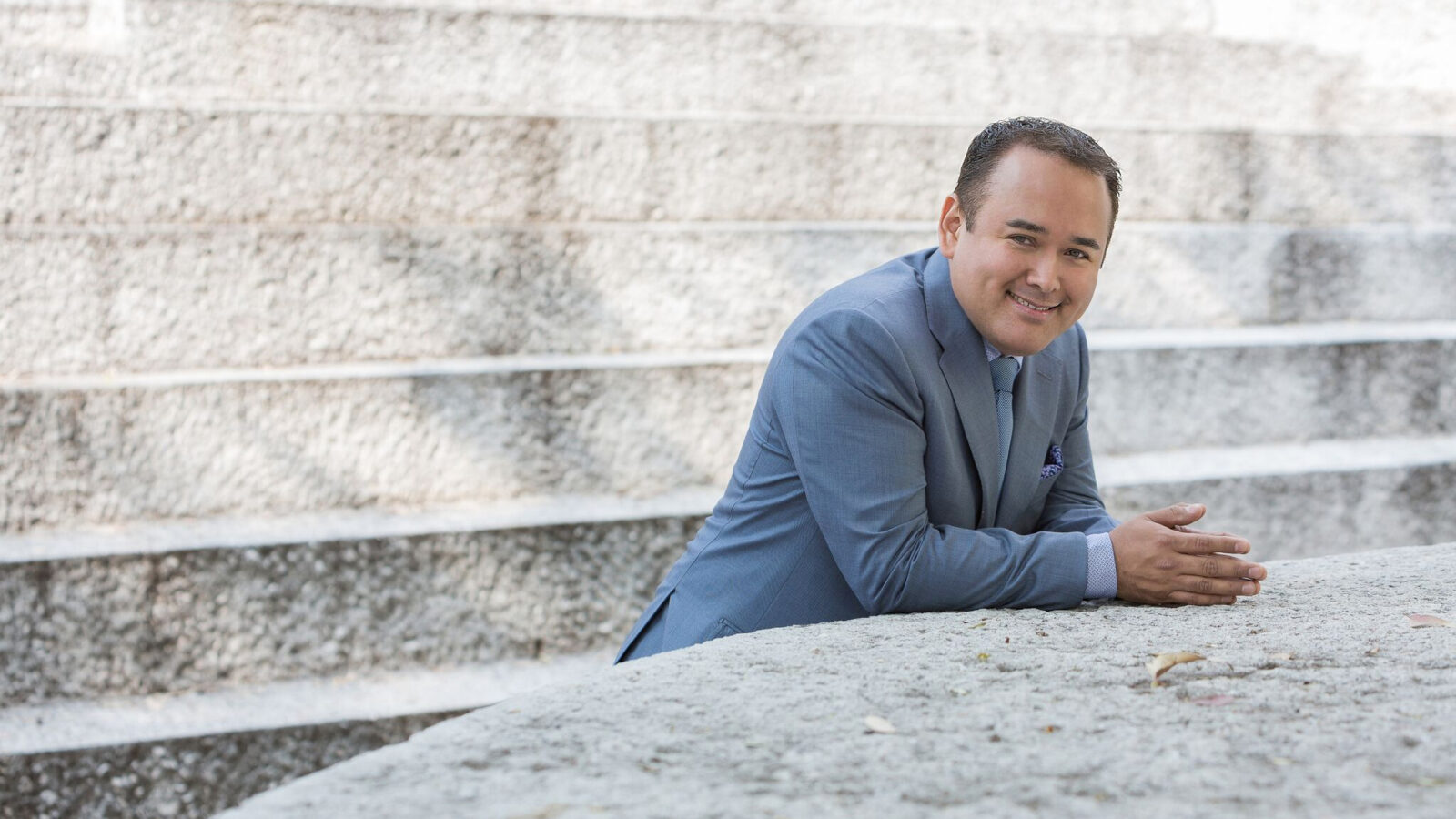 Tenor Javier Camarena made history on March 12, 2016, when he performed an encore during a performance of Donizetti’s Don Pasquale at the Metropolitan Opera, making him one of three singers to offer encores so in the company’s recent history. He spoke about performing the encore, the music itself, and other exciting moments in his career in anticipation of his upcoming performance in Chicago at the Harris Theater for Music and Dance.

“Performing an encore in Don Pasquale was certainly thrilling,” he said. “I love singing the role of Ernesto and Don Pasquale is one of my favorite operas.” Camarena discussed the possibility of an encore with conductor Maurizio Benini the morning of the performance. 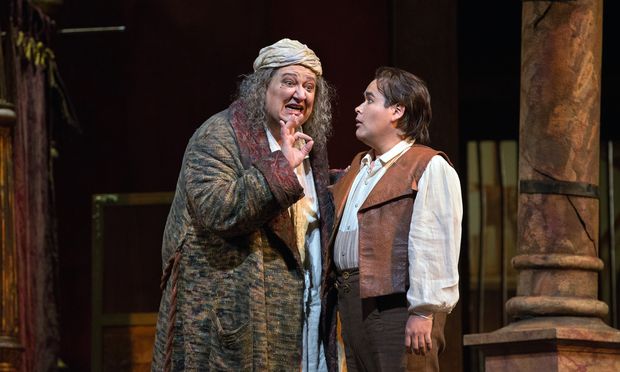 During the early 20th century, programs at the Met indicated clearly, “POSITIVELY NO ENCORES ALLOWED.” However, since Peter Gelb became the Met’s general manager in 2006, two singers have been permitted to take encores, including Camarena himself.

In 2014, Camarena performed an encore at the Met during a performance of La Cenerentola. At the time, he was replacing Juan Diego Flórez, who canceled three of his originally scheduled appearances in the role of Don Ramiro due to illness.

Flórez performed encores during Donizetti’s La fille du régiment and L’elisir d’amore in 2008 and 2012 respectively. Pavarotti is the only other singer to perform an encore at the Met since 1942.

The music Camarena reprised on March 12, 2016, occurs at the beginning of Act II in Don Pasquale. He said, “this is the main scene for my character Ernesto, who is Don Pasquale’s nephew.”

But before the Ernesto even sings a single note, the orchestra plays a prelude with a unique feature: a trumpet solo. “The trumpet gives the piece a blue atmosphere, conjuring up all the sorrow he feels and setting the mood perfectly,” Camarena said. “In this part of the opera, Ernesto has heard from his uncle that he will marry his best friend’s sister, and the trumpet gives the piece an almost nostalgic feeling.

“Like most of the bel canto arias of the time, it is divided into three parts: a recitative, a cantabile, and a cabaletta.” In scenes that are structured as such, the music becomes progressively more ornate, finally exploding in vocal pyrotechnics.

“In the first part,” he explained “Ernesto is very sad and he describes how he has been betrayed. He does not think he will be able to give his fiancé, Norina, a good future. But in the cabaletta, he has a new thought. He feels that as long as she is happy, he will be happy.”

Though Donizetti and his contemporaries wrote elaborate roulades for their singers to perform, they also expected performers to modify the music – within reason – to fit their needs.

“Since the time these operas were written, ornaments allowed singers to shower their creativity. Some ornaments I use are part of a performance tradition,” he said, singing a few licks from the piece. “But most of the ornaments I used in Ernesto’s big scene I came up with myself and I think they work pretty well.”

During Camarena’s encore, he repeated only the cabaletta, adding even more embellishments then he included during the first iteration of this music.

Curiously, however, Camarena did not perform the entire scene in the Met production. The cabaletta, which begins with the text “E se fia che ad altro oggeto,” is 76 measures long. But Camarena performed approximately half of the aria during the first performance and the encore. A full 29 measures of the aria were cut, rendering the performance of the cabaletta around 90 seconds.

Hear Camarena perform the truncated version of the cabaletta below:

“That was a decision made by the conductor, that was not my decision, and I am respectful of his decision,” Camarena said when asked to comment on the cuts made to the aria.

Having the rare distinction of performing multiple encores at the Met has not made Camarena feel pressured to exceed audience expectations when he returns to the same stage.  “I hope the audience gets excited every time I perform. Next season I perform The Barber of Seville and I Puritani, and I am very excited about those roles.”

Though his Met encores will likely be some of the highlights of his career for quite some time, the tenor said that he is also proud of some of his early accomplishments. “My first solo engagement was singing Rossini’s Stabat Mater in Mexico, and my debut in opera was in La fille du regiment ­– and I will never forget those moments,” he said.

Camarena also described a “precious moment” in his career. “I had the chance to perform with Claudio Abbado at the Salzburg Festival right after all of the earthquakes that happened in Italy. We were meant to perform a concert in a city that was very affected by the disaster, but we ended up performing in Bologna instead.”

“We performed a mass by Schubert. I think the atmosphere that Abbado was able to create around what happened, combined with the music, which is very deep and moving, made for one of the most memorable experiences for me both in my mind and in my heart. That moment is proof of the power of music.”

While bel canto is Camarena’s bread and butter, he hopes he can explore other music as well. “I have so much bel canto repertoire so it’s kind of complicated to switch, but I would love to.”

“There are very good operas from Mexican composers that would be interesting to perform,” he added. “I hope sometime I can research and rescue some of this material because I know there is a lot in Mexico City.”

To learn more about Camarena and upcoming appearances, visit his website.

James Levine, who ruled over Met Opera, dead at age 77
In the Age of the Visual Album, What Can Opera Learn from Beyoncé?
Chicago-born opera stars Janai Brugger & Matthew Polenzani trade hometown tales, tips for singing on camera
Enrique Mazzola on Returning to the Stage, Taking the Reins at Lyric
Grammys 2022: See All the Classical+ Nominees (And Winners)
10 Woman Conductors You Should Know