One thing you don’t need to stress out about this holiday season is finding the perfect soundtrack. All month long, you can enjoy WFMT’s special holiday broadcasts from all around the world. Hear performances by the Mormon Tabernacle Choir, Chanticleer, the King’s College Choir of Cambridge University, the organ choir of St. Stanislaus Kostka Church, Music of the Baroque, Itzhak Perlman, and many more, plus special holiday installments of your favorite series.

Thursday, December 8 at 10:00 pm
The a cappella Ensemble La Colombina presents a program of the music of 16th-century Spain. The title of the recital is taken from Alta Reyna Soberana (High Sovereign Queen,) a sacred villancico for Christmas found in the Cancionero de Uppsala dating from 1556. Recorded live in concert in December 2013, St. Peter’s Church, Porrentruy, Switzerland.

Sunday, December 11 at 6:00 am
For the series’ third Advent program, Peter DuBois presents music in praise of the Virgin Mary.

Christmas with the Mormon Tabernacle Choir

Sunday, December 18 at 1:00 pm
Ingo Metzmacher conducts Tchaikovsky’s Excerpts from The Nutcracker, Stravinsky’s Petrouchka, and Shostakovich’s Symphony No. 11, The Year 1905.

Monday, December 19 at 8:00 pm
A service of lessons and carols recorded at St. James Episcopal Cathedral in Chicago. 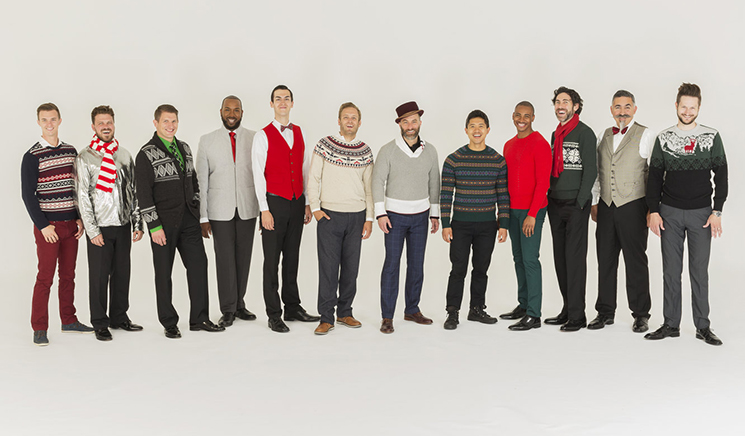 A Concert of Sacred Music

A Festival of Nine Lessons and Carols

Saturday, December 24 at 9:00 am
Live from King’s College, Cambridge University, the annual performance by the King’s College Choir and members of the Cambridge community is hosted by Michael Barone.

From the Metropolitan Opera

Saturday, December 24 at 12:00 pm
Humperdinck’s Hansel and Gretel starring Alice Coote as Hansel, Christine Schäfer as Gretel, Philip Langridge as Witch, Rosalind Plowright as Gertrude, and Alan Held as Peter. Vladimir Jurowski conducts the Metropolitan Opera Chorus and Orchestra in this performance from 2008.

Saturday, December 24 at 4:30 pm
Larry presents vocal recordings of music for the holidays.

Sunday, December 25 at various times
Music and readings throughout the day to celebrate Christmas and Hannukah.

Monday, December 26 at 8:00 pm
In honor of Hanukkah, Music of the Baroque performs Handel’s Judas Maccabaeus. The oratorio is conducted by Jane Glover, with Thomas Cooley and Eric Owens portraying Judas Maccabaeus and his brother, Simon; the MOB Chorus and Orchestra are joined by the Anima Young Singers. Recorded in performance, November 2015. Wednesday, December 28 at 10:00 pm
The famed violinist shares his favorite music for the Jewish Festival of Lights.

Live from the College of DuPage

Saturday, December 31 at 5:00 pm
The New Philharmonic performs a concert of music for the New Year.