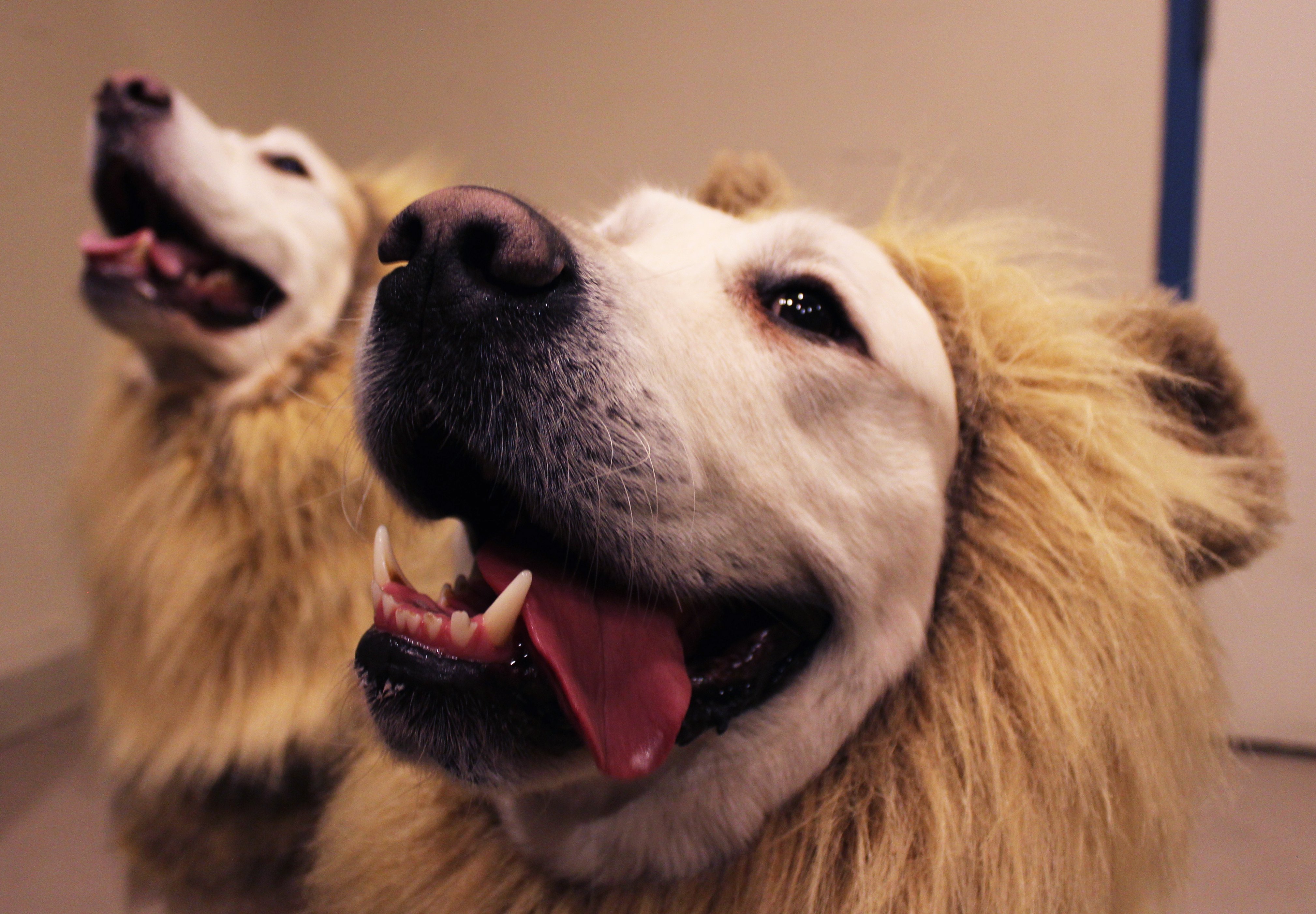 W.C. Fields, who once said, “Never work with children or animals,” has clearly never met Morgan and Louie, the friendly canine stars of Lyric Opera of Chicago’s new production of The Magic Flute.

Director Neil Armfield has set the opera in a suburban home, where a 14-year-old director stages the story of Prince Tamino rescuing the lovely Pamina, and Papageno finding his perfect Papagena using the resources available to him. And no suburban home would be complete without two gorgeous golden retrievers, right?

Here’s everything you need to know about Morgan and Louie, the golden stars of Lyric’s Magic Flute.

How they were cast

Louie lives with human Cassandra Dixon, a ticket staff member at Lyric, and her husband Robert. Cassandra said, “He came to the opera house on bring your dog to work day. One of the people in casting walked by and said, ‘Whose dog is that?’ At first I thought, ‘Oh no, what did he do?’ Then I learned they wanted to cast him in Flute.” Morgan was recruited to appear in the production by Maria DeFabo, Lyric’s properties and scenic art coordinator, who knows Morgan’s humans, Kelsey Lamm and her fiancée Kris Rottmuller.

Morgan first appeared on stage in Oak Park Festival Theatre’s Two Gentlemen of Verona, for which Kelsey served as a stage manager. “There’s a line, ‘If my dog wags his tail, the answer is yes.’ Just about every night he did it,” Kelsey said, “though one night as soon as they said it, he sat down. Luckily, his human actor counterpart figured how to get him up.’” Louie makes his stage debut in The Magic Flute.

Morgan and Louie know that participating in an opera production is special. Cassandra said, “I think Louie likes it, especially during rehearsals because they can be long and he doesn’t have to be home alone. He knows, ‘This is time to go to work.’” Kelsey said, “He definitely gets excited whenever we pull to the opera house. He knows he’s on duty, and he likes seeing all his new friends here.” 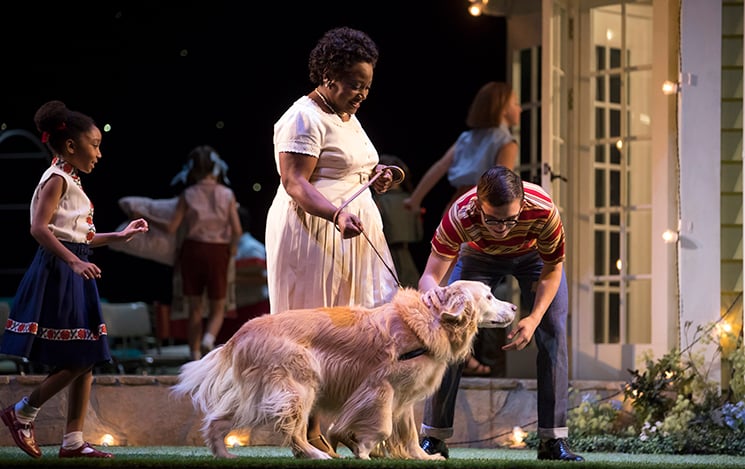 Louie and his human collaborators in Lyric Opera of Chicago’s The Magic Flute (Photo: Todd Rosenberg)

Their pre-rehearsal and pre-show routine

Morgan and Louie were brought into the last half-dozen or so rehearsals for The Magic Flute, and will participate in eleven performances. Before any time they are scheduled to appear on stage, Cassandra and Kelsey make sure that Louie and Morgan go to the bathroom and let out some of their puppy energy by running through the long hallways.

At Lyric, star performers and key artistic personnel get their own dressing rooms. Morgan and Louie have two dressing rooms. One dressing room, located on the second floor of the Civic Opera House, is typically given to the stage directors. But, Morgan and Louie hang out there until close to their call time, when they move to their second dressing room closer to the stage to get into costume. When they are in busy backstage areas, they are handled by dog-owning and dog-loving Lyric staff members. “They love all the attention they get backstage,” Cassandra said. Neither Morgan nor Louie seem at all nervous in their environments. They easily follow their noses to their dressing rooms when they’re off-leash, almost as if the opera house is their home-away-from-home.

How they’re handled on stage

When onstage, Morgan and Louie are always leashed. Originally, children who are part of the production were supposed to walk the dogs on stage. However, since these retrievers are big boys, “After an hour of the first rehearsal, it was clear that they were best handled by bigger humans,” Cassandra explained. As soon as they are done performing, they are rewarded with lots of treats in the wings. Their favorite snack on the job? Lean Treats. 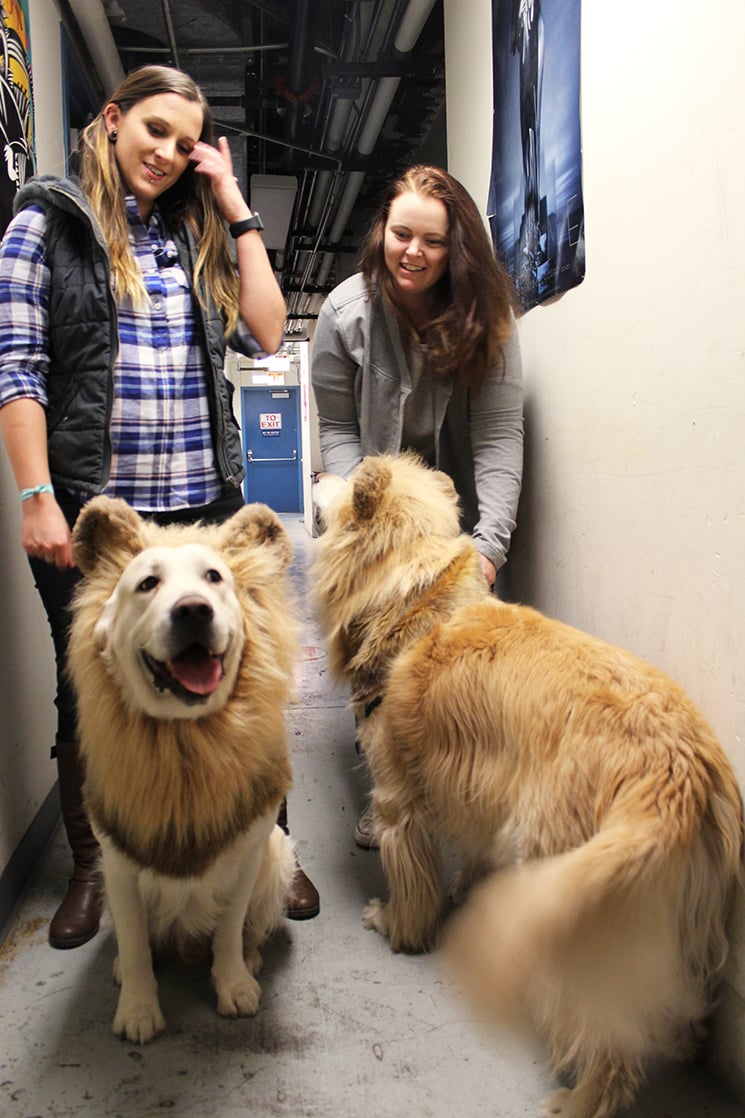 How they react to the music

Since Morgan and Louie have humans who work in the performing arts, they’re no strangers to opera. Kelsey said, “Morgan grew up in the green room at Lookingglass Theatre when I worked there. He’s always enjoyed being in the theater because there are people who want to pet him and play with him.” Kelsey has also worked for the Joffrey Ballet, the Harris Theater, and DePaul Opera Theatre. Cassandra said, “we listen to lots of opera at home, especially Mozart.” Not surprisingly, neither of the dogs has reacted badly to the sound of a live orchestra or opera singers just feet away from them.

When Morgan and Louie aren’t on stage at the opera house, they love to play tug and wrestle. “They’re just two kind of laid back dudes,” Cassandra said.

Louie likes long walks on the beach and hanging out with his one-year old human brother. Kelsey said Morgan “loves everybody, especially kids. We live near a school, and he always waits by the window to greet all the kids when school lets out.” 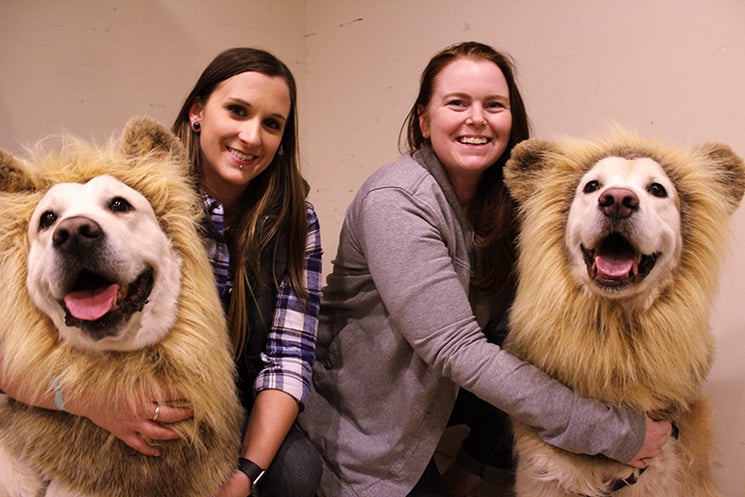 Louie loves his green ball, which comes with him to Lyric. He doesn’t mind sharing it with Morgan. At home, Morgan’s favorite toy is a stuffed turkey, or “or anything he can destroy pretty quickly.”

They are both Chicagoans. Morgan lives in Uptown. Louie lives in Streeterville.

“Morgan loves to snuggle,” according to Kelsey. “He’s quite the momma’s boy and an aggressive cuddler in that regard.”

Cassandra begged Robert, her now husband, for a dog many times though he refused. He finally caved and brought home Louie as a wedding present before he was deployed to Iraq. “He’s been my buddy ever since.”

Hear the opening night performance of The Magic Flute starring Morgan and Louie on WFMT this Saturday, December 10, 2016 beginning at 7:15 pm. Learn more about all of WFMT’s Lyric broadcasts here. 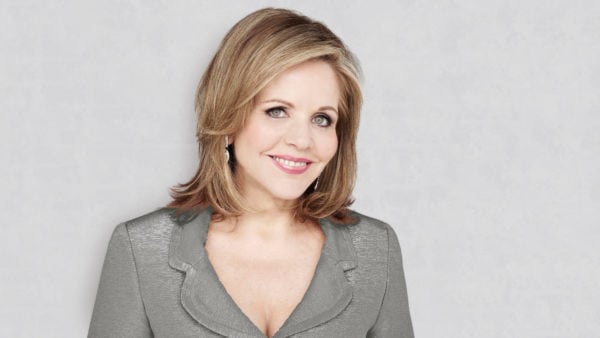 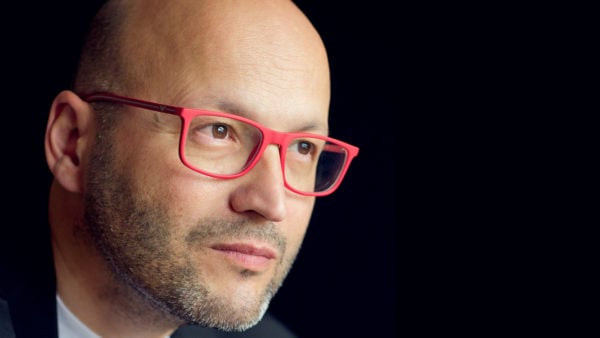 “My dream is for Chicago to be at the forefront of new opera” — Meet Ashley Magnus, Chicago Opera Theater’s New General Director 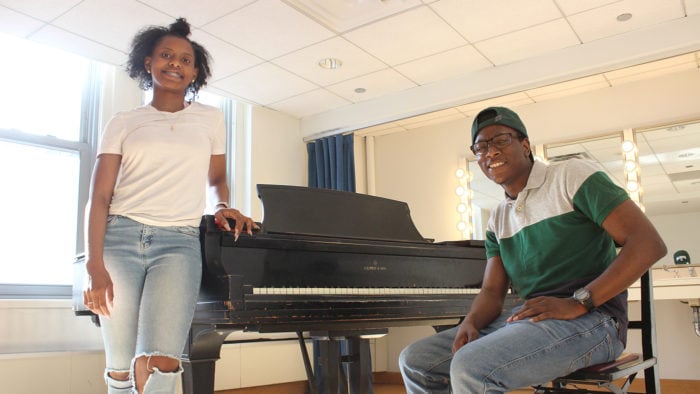 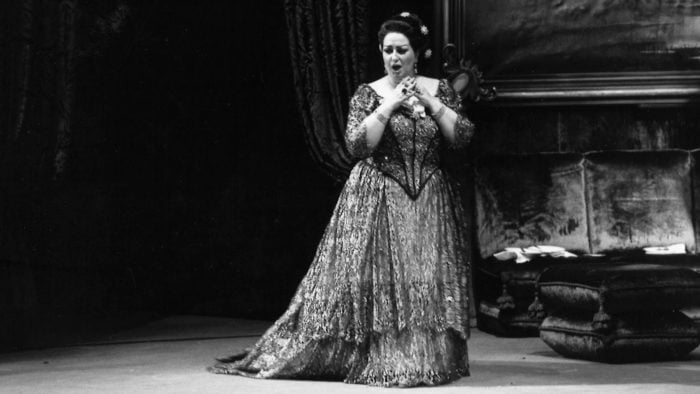 “What was your secret, Montserrat?" — Arias and Songs host Larry Johnson reflects on Montserrat Caballé’s debut at Lyric Opera of Chicago