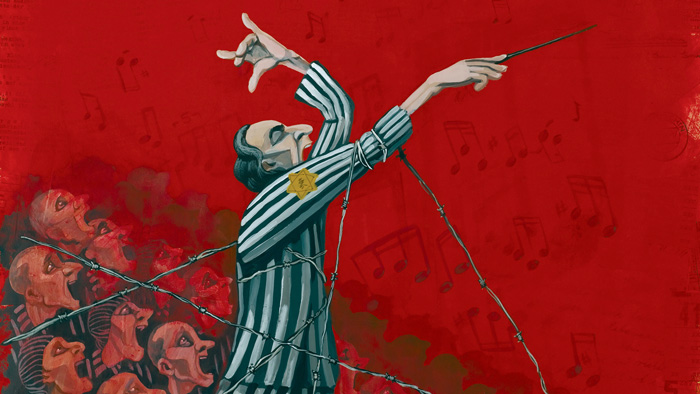 “It’s a little strange to say of a concentration camp, but Terezín was a cultural mecca. There was more going on in the arts and culture at Terezín than in any small town in occupied Europe during World War II,” said conductor Murry Sidlin.

Between 1940 and 1945, more than 150,000 Jews were sent to Terezín, where prisoners performed nearly 1,000 concerts. “Verdi’s Requiem came last, and was kind of the pinnacle of performances of that era,” Sidlin said.

Today, Sidlin leads The Defiant Requiem, which he describes as a “concert drama that tells the story of how and why Verdi’s Catholic Requiem found its way into a concentration camp where virtually everyone was imprisoned for being Jewish.”

Terezín, located about an hour outside of Prague, was originally built by Emperor Joseph II as a fort and later served as a resort for Czech nobility. In 1940, Terezín was taken under Nazi control and converted into a ghetto which Sidlin described as “a way station to bring people and then move them to other camps, primarily Auschwitz-Birkenau.” Some prisoners arrived at Terezín willingly, since the Nazis would “sell it to people as a spa, only for them to arrive and find out it was a ghetto that was filthy and infested.” 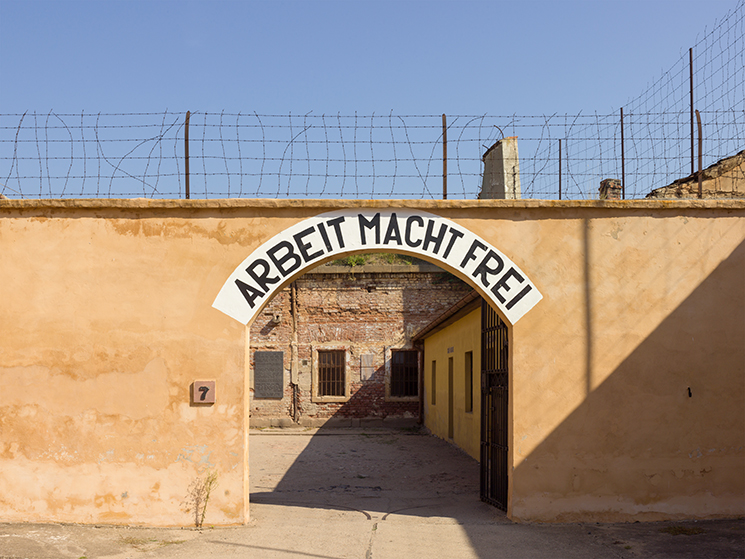 The gates to Terezín, a ghetto and concentration camp which was located outside of Prague, bear the words “Work Makes Free”

In spite of horrific conditions, the camp became a “hotbed of arts, culture, and humanities” because many of its residents had “not really worked since 1939. In Prague, members of orchestras or opera companies were not allowed to work publicly. When they came to Terezín, it seems natural that they would somehow practice their professions,” Sidlin said.

One of the key organizers for musical performances in the camp was composer Raphael Schächter. In Prague, he established his own chamber opera company in 1937, and took a special interest in forgotten baroque masterpieces as well as avant-garde theater. In the late 1930s, he was forced to limit his professional activities to private lessons and concerts. When he arrived at Terezín, he did not let being imprisoned silence him.

“Under the first two commandants at Terezín, musical performances were done on the QT,” Sidlin said. But the third Commandant, Karl Rahm, decided, “if it’s going to take their minds off hunger and disease and illness, if it’s going to calm them down, let them do it,” according to Sidlin.

One of the first major performances mounted at Terezín was a performance of Bedřich Smetana’s opera The Bartered Bride in 1942. A thirteen-year-old girl who attended the performance wrote in her dairies, “’I had heard The Bartered Bride three times in Prague, but it was never so beautiful as here. It is indeed a miracle that conductor Schächter is able to prepare it like that.” The opera was so successful it was performed 35 times in the camp. Later, Schächter also organized performances of Smetana’s The Kiss.

Another opera performed at Terezín was an original work composed by Hans Krása, who was imprisoned there. He composed a children’s opera, Brundibár, in 1938, though it was first performed in 1941 at a Jewish orphanage in Prague. When many of the original young cast members had been interned at Terezín in 1943, he and set designer František Zelenka, also imprisoned there, created a revival of the opera the following year. 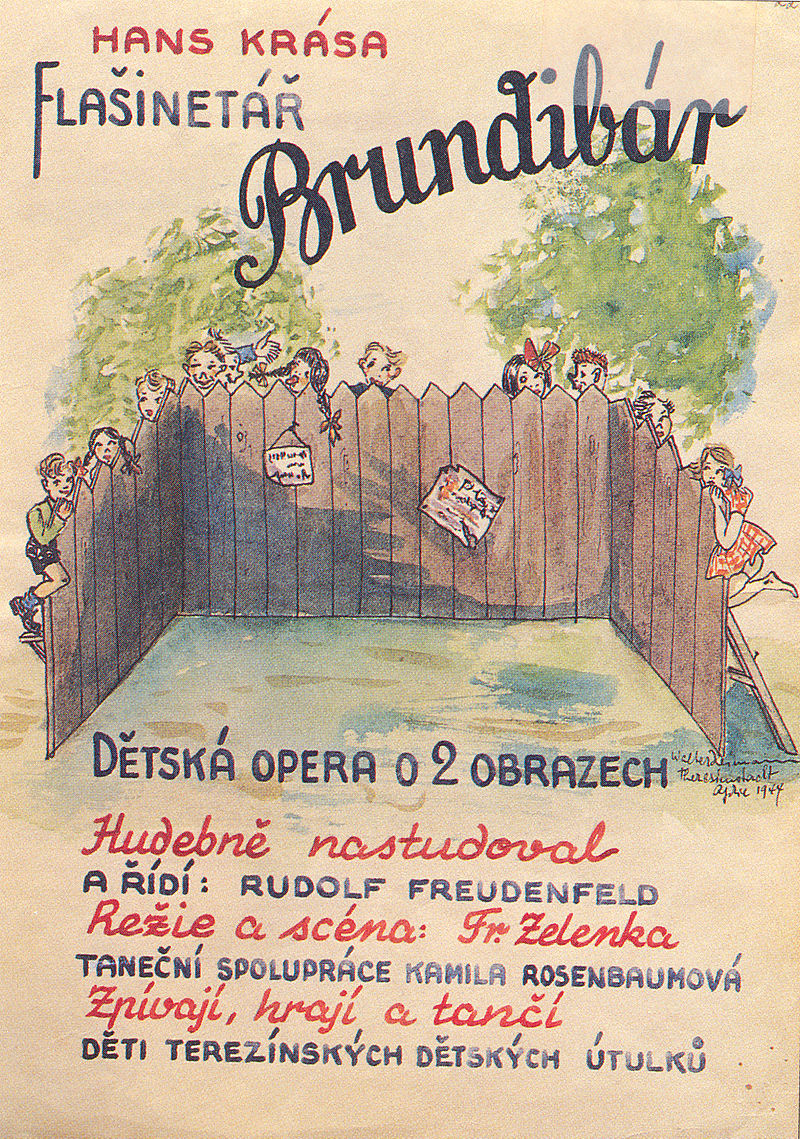 A poster advertising performances of Brundibár at Terezín

But one of the most phenomenal works performed at Terezín was Verdi’s Requiem. After the SS ordered Schächter to conduct the piece, he organized a choir of 150 as well as four soloists. He rehearsed with the musicians using a single, piano-vocal reduction of the full score.

After the first performance of the Requiem, the majority of the singers were sent to Auschwitz. Schächter needed to recruit more singers, who again were later deported from Terezín. Many members of Schächter’s third chorus were also deported, forcing him to recruit singers for a fourth and final time. The musicians performed the Requiem fifteen times, accompanied by a legless piano.

“I really felt that what Schächter and his cohorts were teaching us was that the arts are critically important, even in the face of genocide,” Sidlin said. “They turned to their talents and their gifts to send a message to the people who survived them.”

Zdenka Fantlova, a Terezín survivor, recalled in The Guardian, “At one point, almost half the huge choir had vanished, transported to the East. People urged Schächter: ‘Give up on this’, but he wouldn’t. He wanted it performed, and it was. The Germans would invite distinguished guests from Berlin, and one time Adolf Eichmann himself came. When the music ended, Schächter bowed to the singers, but not to the audience, which included Eichmann and the German officers. And Eichmann said: ‘Interesting. Very interesting.’ I suppose the Germans thought, ‘Let them play, they’ll soon stop smiling.'”

The last performance of the Requiem was ordered by the SS when the Red Cross visited Terezín in 1944.  The visit was organized as part of major efforts to convince outsiders that the camp was no camp at all, but in fact, a thriving village with its own economy, arts, and culture. Though 17,247 people survived imprisonment in Terezín, Schächter was not one of them. After his performances for the Red Cross, he and his singers were sent to Auschwitz where they were killed.

The Defiant Requiem combines a live performance of Verdi’s Requiem with video footage of survivors’ testimonies, as well as from the Nazi propaganda film Terezin: A Documentary Film from the Jewish Settlement Area, filmed in 1944. 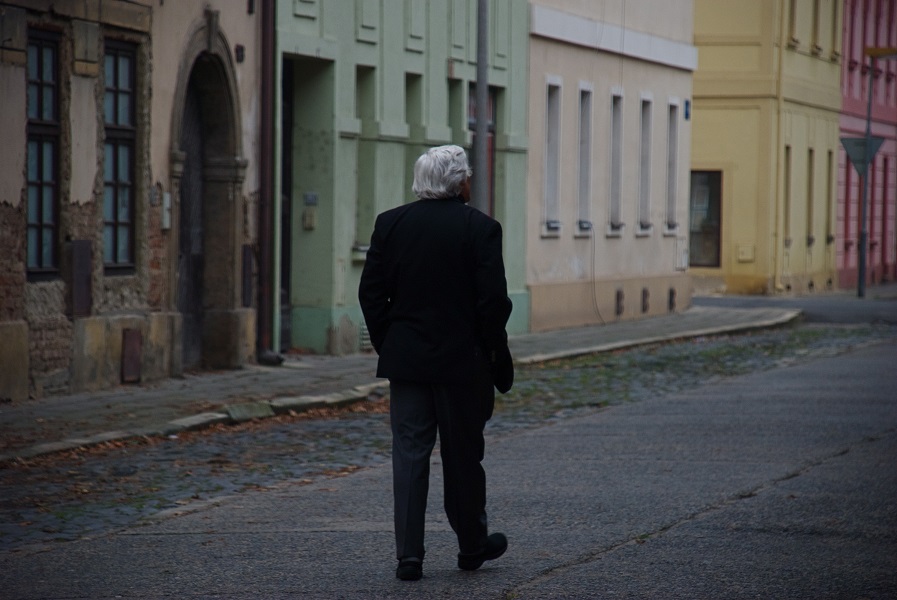 “We need the arts to remind us of the beauty of life and the importance of creativity,” he said. Sidlin expressed concern regarding the future of federal funding for the arts in the United States, saying, “It’s the difference between an artist making a contribution to his or her community or not. Just ask the people of Terezín what it meant.”

How Classically Trained Navajo Pianist & Composer Connor Chee Weaves His Sound
In the Age of the Visual Album, What Can Opera Learn from Beyoncé?
Capturing the Chevalier, One of the Most Remarkable Stories in Classical Music
Bach, Borge, Biden: Ed O’Keefe, the CBS News White House Correspondent Who Came To Play
Met's 9/11 Anniversary: Music Can Help Mend Wounds of 20 Years Ago and Today
10 Woman Conductors You Should Know