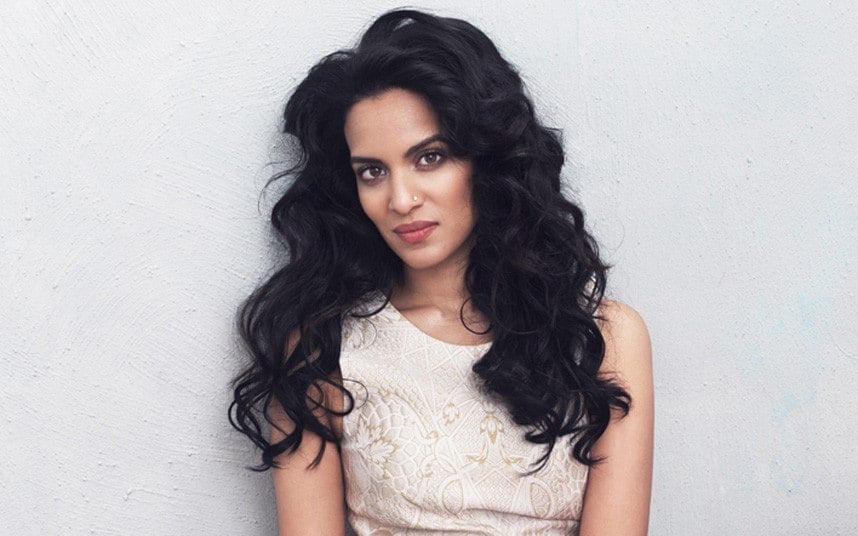 Sitarist and composer Anoushka Shankar has lived her life around the world. Born in London, a city she currently calls home, Shankar spent her formative years in England, India, and the United States. Touring first with her father Pandit Ravi Shankar and later as a solo artist, she has also called many other countries her temporary home. Before embarking on her 2017 tour, the six-time Grammy Award nominee spoke about what it means to return “home” to the United States, her musical response to the humanitarian plight of refugees, and her experiences as a woman in the music industry today.

On your upcoming tour, you’re performing music from your album Home. What does “home” mean for you?

It’s not necessarily a political stance to say that I’ve spent my whole life living across three continents and been afforded the good fortune of being able to do so. My outlook on life, my opportunities, even who I am as a person, have all been positively benefited by that experience of a global, open-minded life view.

When I made this album, there were no political contexts to the word “home.” I meant it more in an almost spiritual sense of simply feeling and being at home with my own music. When I made the album, it was the first album of purely classical Indian ragas I had made in a decade.

I do a lot of crossover work as well, and there was something very beautiful about just returning to my roots and re-exploring them again on this album. It does feel quite poignant and slightly surreal to come back to America this month, which is a place that has been home for me for two decades, with an album called Home.

On your recent crossover album Land of Gold, you collaborated with many artists to create a musical response to the refugee crisis, including M.I.A. What was it like working with her?

She and I became friends first, so working together came from an organic process of spending time together. But the way I approached working with her on the album was in context of herself as an artist but also as what she represents as someone who has been a refugee herself and who is always very vocal about the refugee cause. It felt like having her speak in the song about concepts of borders and nationality would be doubly significant.

You’ve also collaborated with many western classical musicians, and just made your New York Philharmonic debut. Can you describe that experience?

It was really amazing. I played a piece that I have been playing for the last few years – my father’s Concerto No. 2 for Sitar and Orchestra. The New York Philharmonic commissioned him to write it in the year I was born. So to come all those years later and get to play it myself with them was so beautiful. 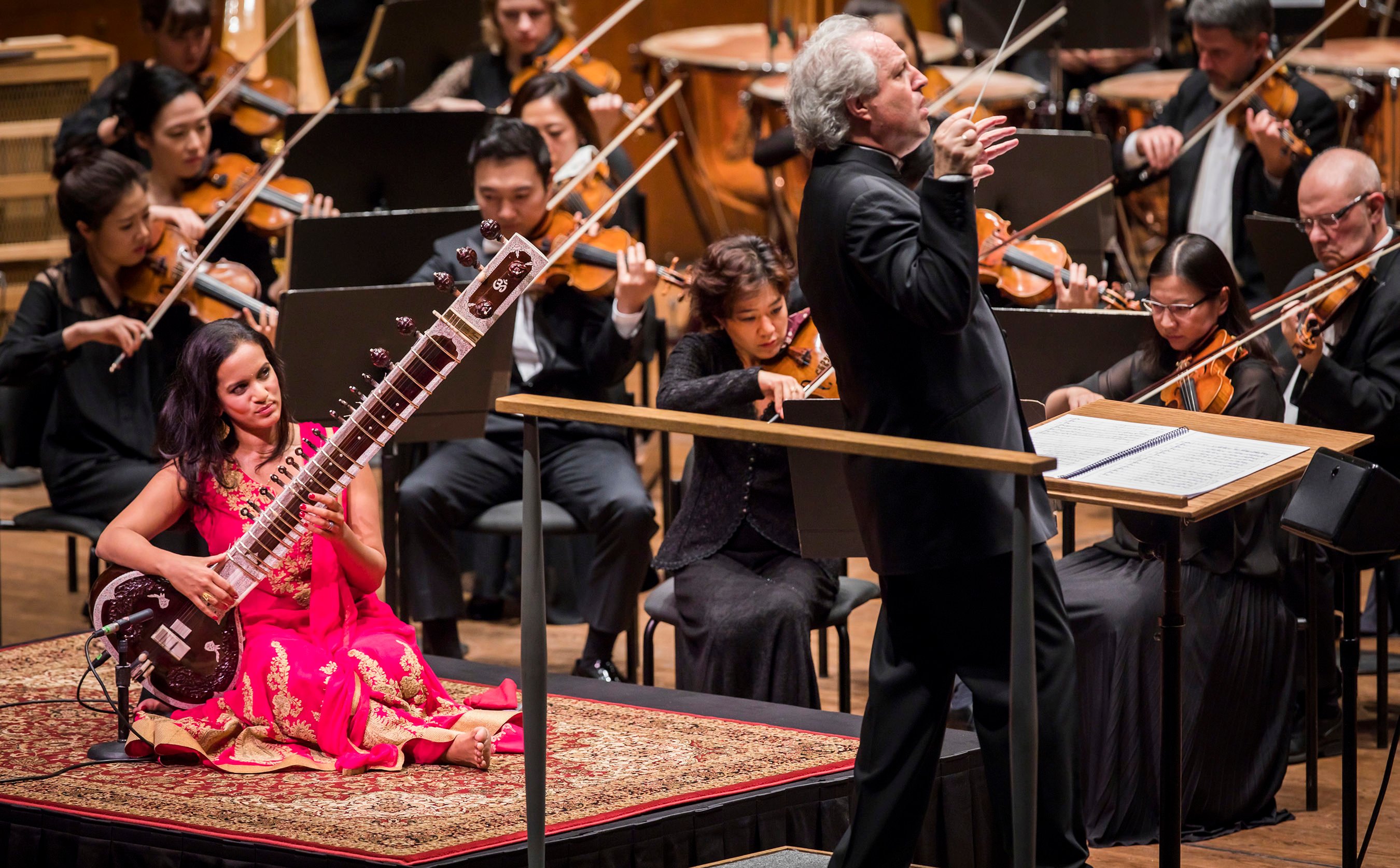 I’ve been collaborating with western classical musicians on and off for about 20 years. The word “collaboration” is an umbrella term, really. One doesn’t just get up on stage and “jam” with an orchestra the way you might with a guitarist or someone else. There is the framework of the composition, and we work within that. I’ve grown a lot in my skill of how to play with an orchestra because it’s a completely different skill set – in some ways – to be a soloist in that kind of a fixed composition scenario.

You compose music yourself, though you also compose music spontaneously – or improvise. Can you talk about the relationship between composition and improvisation?

They do often feed into each other. I mean often my “compositions” are literally just improvisations I did once and liked and therefore did again , and then they become compositions. There is an element of it being a creative process regardless. Even though I do it less, I do enjoy the sort of quiet safety and solitude of a more predetermined process. There have been times where I’ve written some really good things by literally having pen and paper as opposed to being onstage or in a room full of musicians with my instrument in my hand.

Who has been one of your favorite collaborators throughout your career so far?

My sister, Norah Jones, for many of the obvious reasons. It’s very special to work with someone you love. With my sister we’d obviously had a relationship forever and then came to work together, so there was something very sweet and trusting about that, as opposed to, you know, starting as musicians.

What kinds of expectations are placed upon you as a woman who plays the sitar?

I think there can be a really dehumanizing process to the kind of imagery that women are allowed to have, which really gets limited to a set of boxed values based on either what kind of jobs we have or what social positions we fulfill. So mothers in India, for example, can be venerated and called “the goddess,” you know, but you wouldn’t want to picture them as being sexual beings. That seems absolutely wrong.

Clichés vary based on who we are and what we do. My whole life I’ve been a classical sitarist and that has a certain image of what that must mean as far as what type of person I am. Even if an outfit doesn’t fit what that image is in someone’s mind, they feel like they’re allowed to come down with really heavy judgment about me as a person.

As a mother, you were inspired to speak out about the suffering of refugee children on Land of Gold. Do any of your upcoming projects respond to world events?

I mean I’ve got a long list of (currently) 12 ideas I’m really, really interested in, but I kind of have to allow myself a genuine artistic process. I don’t like to make albums from my head too much, so I have to see which of those ideas really resonates and becomes an authentic album before I could tell you what that hypothetical idea will be – but ideas are reflective of where we are right now in the world.

Shankar performs at Symphony Center in downtown Chicago, Saturday, March 25. Learn more about Anoushka Shankar and her 2017 world tour on her website.