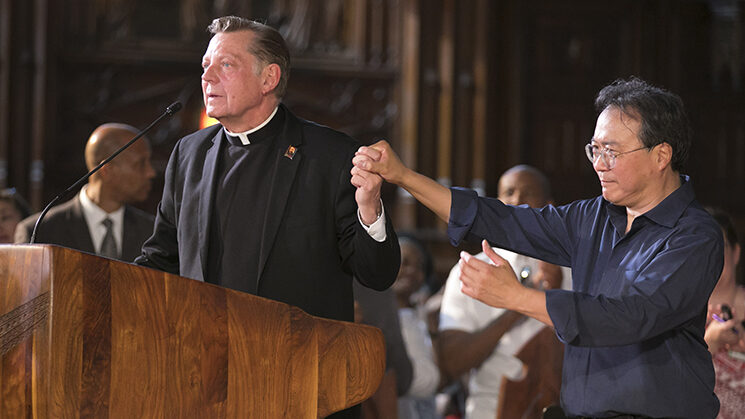 “Yo-Yo Ma wanted to meet with me, and I thought it was a joke,” Reverend Michael L. Pfleger said to an audience of over 1,000 people at St. Sabina Church on Sunday, June 11. St. Sabina, Chicago’s largest African American Catholic church, is located in Auburn Gresham, a South Side neighborhood that has suffered from much of the violence that has plagued Chicago. Pfleger, who has led St. Sabina for over three decades and is nationally regarded as a social activist, said that his work inspired Yo-Yo Ma to take action. “I said to him, ‘You’re Yo-Yo Ma, you can do the next service!'” Jokes aside, Pfleger noted that Ma’s “genuine spirit and character” touched him “even more than his music,” and the two decided to present a concert.

In partnership with St. Sabina, Ma, the internationally renowned cellist and creative consultant of the Chicago Symphony Orchestra, presented a “Concert for Peace” with members of the CSO and Civic Orchestra of Chicago, and the Chicago Children’s Choir. The concert raised $70,000 to benefit St. Sabina’s “Strong Futures” program. 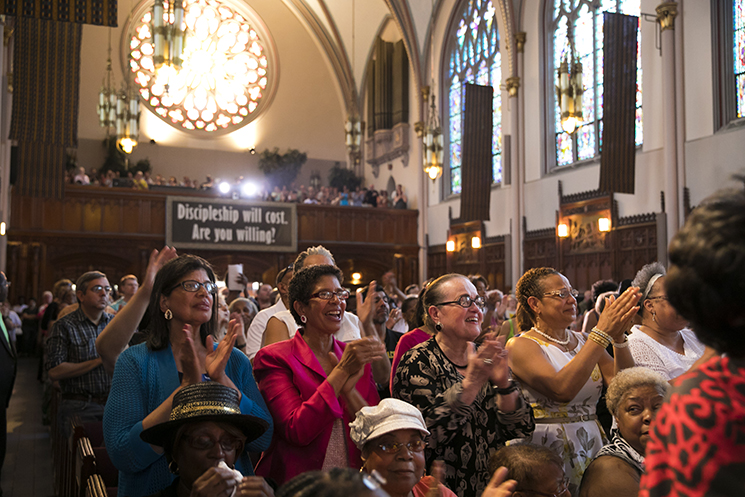 Audience members and parishioners applaud during the Concert for Peace (Photo: Todd Rosenberg)

Established in 2016, Strong Futures engages 50 at-risk youth between the ages of 17 and 26. As the church notes, this age bracket is the most likely to be incarcerated or shot, and they are less likely to have academic and professional resources. The program has placed 26 participants in full-time jobs, and 16 participants in part-time jobs.

To begin the concert, Ma posed a question: “Who here has heard of the Columbian Exposition?” Ma referred to the Chicago Columbian Exposition of 1893 not only as a crowning achievement in the city’s history but also as a great moment in musical history; both Antonín Dvořák and Scott Joplin were present. While the two composers never met, Ma acknowledged the equal importance of their works in creating an American sound, and the fact that “different voices under one roof” would be heard throughout the concert. 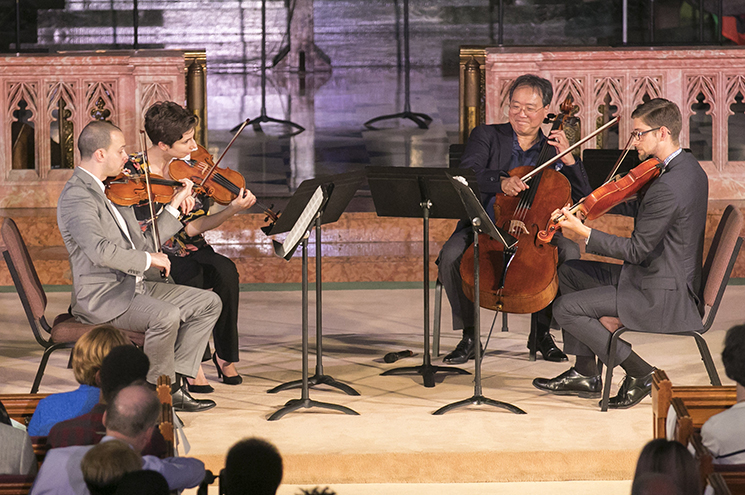 The concert also included works by Aaron Copland and Duke Ellington. Two selections were dedicated to children that have been lost to violence: “Danny,” a song written as a part of the Lullaby Project, and Song of the Birds, a traditional Catalan song arranged by Pablo Casals for solo cello. The Chicago Children’s Choir closed the program with a traditional South African medley and the inspirational song “You Raise Me Up.”

“I’ve been in tears all afternoon,” Ma said quietly after the last selection. “Music doesn’t do much — maybe that’s its strength. We hear the sound, and it enters our hearts and minds. And maybe it’ll do something. Words also mean a lot. Words and sounds mean a lot when we take action.”

Rev. Pfleger also urged the audience to take action to create a peaceful Chicago. “Our children deserve to live,” Pfleger insisted. “Music must move us to do something.”

11 Studs Terkel Conversations for Black History Month
Waltzes in a Pandemic: How Vienna Phil Will Continue Its New Year’s Tradition
Playlist: Listening to the 'L', CTA-Centric Music from Classical to Hip-Hop
In the Age of the Visual Album, What Can Opera Learn from Beyoncé?
CSO Announces Winter/Spring 2022 Concerts
Hope and Strength: Celebrating Black Artistry with Lawrence Brownlee & Lyric