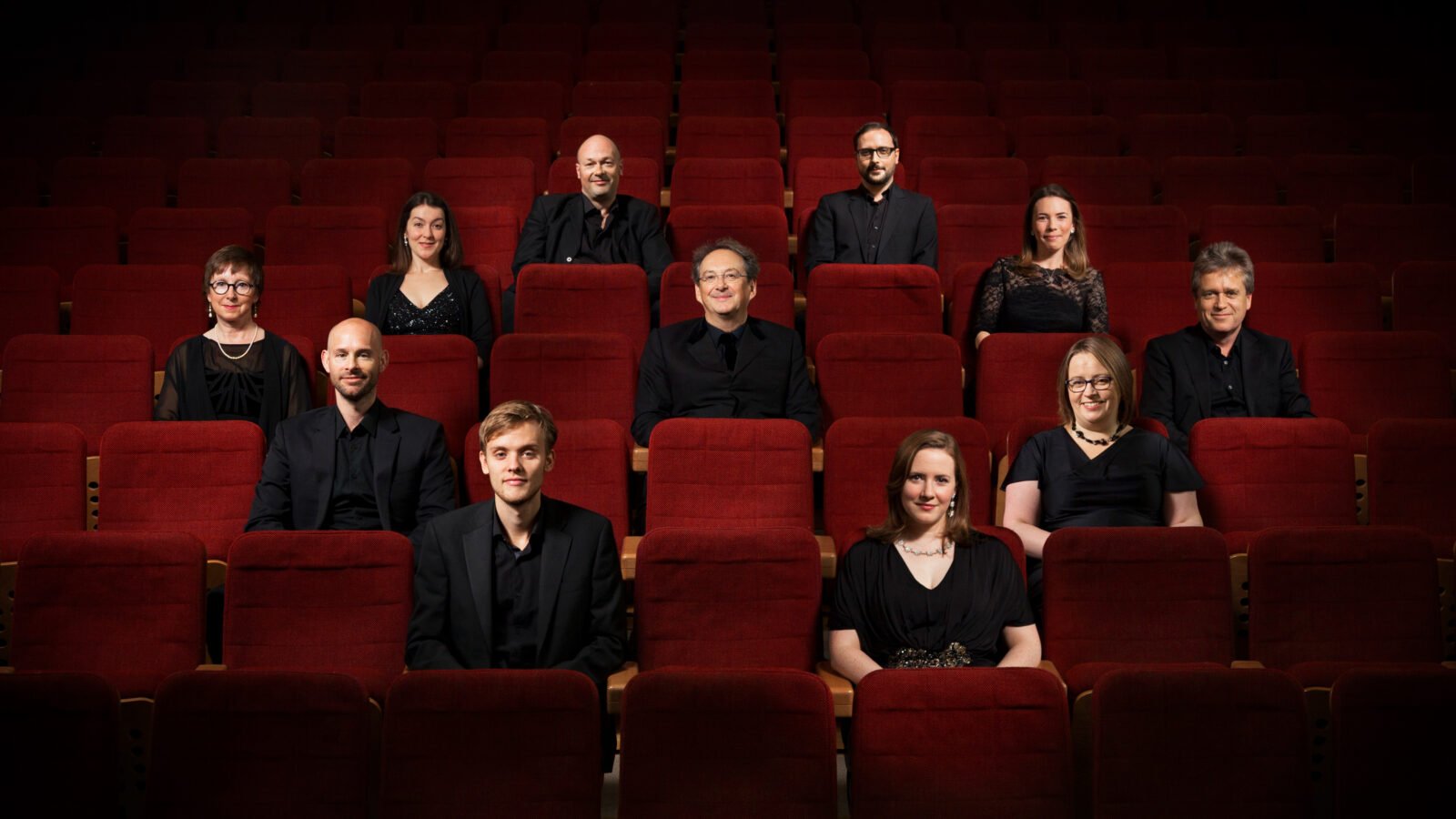 The Tallis Scholars, with founder and conductor Peter Phillips seated in the center (Photo: Nick Rutter)

The Tallis Scholars is one of the most widely recognized vocal ensembles in the world with an unmistakable sound. A reviewer of their performance at the 2013 BBC Proms said, “The sound coming from the Tallis Scholars almost surpassed the humanly possible.”

Since conductor Peter Phillips founded the Tallis Scholars in 1973, the group has both unearthed neglected Renaissance masterpieces, championed new works, recorded more than sixty albums, and performed on four continents. While membership has changed over the years, the group has continued to set a gold-standard for vocal excellence and has also maintained a distinctive sound.

Peter Phillips himself revealed what makes the Tallis Scholars sound so special just before a concert at Chicago’s Fourth Presbyterian Church presented by the Chicago Symphony Orchestra on April 5, 2016.

Phillips has had a single sound in his head since he founded the group, “which I had got from listening to a mixture of choirs that were around at that time,” he said, mentioning the Choir of King’s College, Cambridge and the Clerkes of Oxenford as two primary examples.

“I got this perfect sound in my head that I’ve still got in my head and I’ve been working towards it ever since. Every time we go on stage, I try to get that sound,” he said. “As the years have gone by, we’ve gotten nearer and nearer to it. Sometimes we’ve got it, and sometimes we haven’t got it. But we’re still always trying to get a particularly refined, expressive sound. It’s a special sound.” Hear their special sound below:

So – what exactly is Phillips’ “special sound”?

He explained “the basic sound is very clear and bright and rather athletic. The ideal is that the surface is quite seductive – it’s a lovely sound – so that people who hear it and don’t even understand it immediately think, ‘Oh wow, what’s that sound?’ And then the sound will draw them in beneath the surface. But the ambition is that the sound is very seductive and powerful, so that it has a real emotional core to it.”

The resulting sound creates, he said, “an instrument that I can then put to the service of great music. A choir is like any instrument. But because it’s people, a choir is an instrument that varies far more than a string orchestra would vary, for example, or an organ. Singers can change not just by the day but by the hour,” he lamented. “They can lose their voices very easily, especially on long tours. So that ideal sound may escape us sometimes, or we’ll only get so far towards it.”

Despite the busy schedule that Phillips and his musicians keep, the Tallis Scholars has never cancelled or changed a single program due to illness or any other reason in its history. “It’s remarkable,” he exclaimed. “Though on occasion, if one singer on a part is too ill to perform, another performer can step in when necessary.”

“We have had a fairly ridiculous situation,” Phillips said in which the group was down one singer, and so a bass had to sing two bass parts. What made the situation more challenging is that the work was scored for two choirs. Many composers during the Renaissance created “polychoral” pieces for more than one vocal ensemble.

“The one bass had to stand in the middle of the two choirs and sing both bass parts.” Singing difficult music with one ensemble is hard enough. But two groups? “That requires a lot of dexterity and adaptability,” Phillips said. “I’ve seen the score that he wrote out in order to do this so that no important notes were missing. It was very complicated, and it was a terrific job I must say.”

Of course, for works like “Spem in alium,” Phillips supplements his core group of ten with additional singers. The core group has also changed significantly over the decades. Yet regardless of who is singing with the Tallis Scholars, the ensemble maintains its unique sound because of its founder’s focused pursuit of his ideal sound.

But what does Phillips look for in singers?

“I listen for a voice that’s going to contribute to the sound, and possibly take it in a new direction slightly,” he said. “I want singers with strong voices. We sing in symphony halls without any amplification. They’ve got to really sing loudly without distorting the sound at all. What I don’t want is operatic singing,” he said rather bluntly.

“A solo operatic singer is trained to sing with a wobble. They seem to all do it,” he complained. “I dislike it intensely, but that’s just me. That’s not to say they should sing without vibrato,” he conceded, “everyone sings with some amount of vibrato. It’s a question of how much, and in what way it’s done. So I’m looking for a rather special kind of singer actually.

“My singers are solo singers. They sing Bach arias. Two of my singers are on tour with Sir John Eliot Gardiner singing the St. Matthew Passion all over Europe. That’s the kind of singer I want. You cannot sing Bach with huge vibrato. You won’t get around the notes. It’s too many notes, too fast, too quick. You have to have very good technique. And then, of course, there’s that bright sound that’s kind of ideal for Bach and Handel. But it’s also ideal for Palestrina and Tallis.” 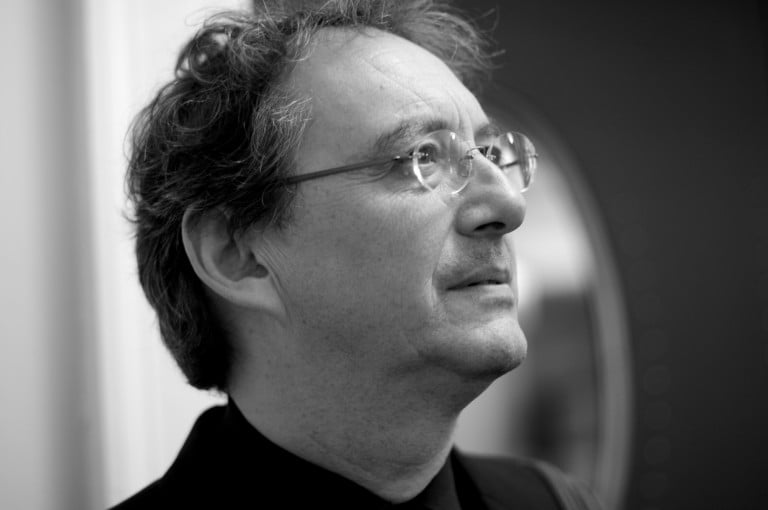 Phillips said when a new singer joins the Tallis Scholars, “I’m on red alert for all of the problems that can come with someone who is inexperienced at singing this repertoire. They tend to be rhythmic problems. They come to Renaissance music with Baroque training, and Renaissance music requires a different rhythmic starting point.”

What’s the difference between performing rhythms in music of different periods?

“In Renaissance music you have to sing every Rhythm really precisely – there’s no rubato allowed. In Baroque music, a lot of those very quick rhythms, those turns, those embellishments, are embellishments. They’re kind of flippy, they embellish a line. That’s almost never the case in Renaissance music. Every note has a space in time, even the very shortest one.” These rhythmic differences may seem insignificant to some, but Phillips says, “It’s a real problem.”

“Singers never start with music before the Renaissance period, the medieval period. They always start with later music and come back in time,” he said. “Then I have to undo training and habits of mind that they’ve learned from Baroque arias, and this is the rhythmic thing partly.”

Though Phillips has high expectations for members of his group he said, “I think singers can learn exactly what I want them to do if they’re willing and they haven’t been messed up by bad teaching. There’s a lot of bad teaching,” he groaned, “like teachers who think there’s only one way to sing because that’s the way they learned to sing forty years ago. That just won’t do.”