Sometimes, composers save their best work for last. Bach created his contrapuntal masterpiece, The Art of Fugue, at the end of his life. Beethoven’s final symphony changed the way composers approached the genre altogether. Is Verdi’s last opera, Falstaff, his best?

“Falstaff is very different from the operas Verdi wrote before it,” Barcellona said.

But how? For starters, there’s no overture.

There are also no “closed” numbers. Verdi composed the opera without traditional divisions between recitative, aria, and ensembles, creating a “through composed” score that is continuous from start to finish.

“If people come to hear Falstaff because they want to hear gorgeous arias, they won’t like it,” Barcellona said.

“When I brought my parents to see me in Falstaff in Vienna for the first time, they didn’t like it,” Pirgu said. “They liked other Verdi operas more.”

“It took me a long time to understand Falstaff,” Feola said. “As a singer, you of course have to know your part. But that’s not enough in this opera. You need to know the whole opera – every part.”

“Yes, it’s very important to know every part,” Buratto agreed, “we have to be a team from the very beginning.”

Pirgu emphasized that in this score, “every detail is important, every single note and rest can affect the others. There can be some real problems.” 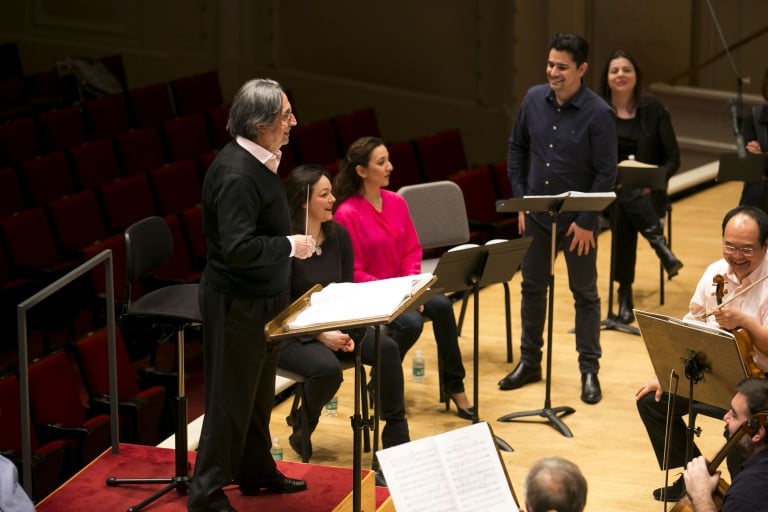 But if there’s one problem this group of singers does not have, it’s working as a team.

“We all have worked many times with maestro Muti, so we know his process, and many of us have also worked together. We have so much fun together - sometimes too much,” Pirgu said with a laugh.

Laughs abound on stage too.

In fact, Falstaff is one of only two comedies Verdi composed in his entire career - another thing that makes the opera unique. (The other is his second opera, Un giorno di regno, which was not commercially successful when it premiered.)

Some of the laughs come from Verdi’s source material: Shakespeare’s Falstaff himself, known for his big belly, big appetite, and even bigger ego. The character appears in three plays: The Merry Wives of Windsor and Henry IV, Part 1 and Part 2.

Verdi had long been fascinated by Shakespeare, and composed Macbeth and Otello before starting Falstaff. Verdi enlisted Boito, with whom he created Otello, to craft an operatic portrait of Falstaff, one of Shakespeare’s most memorable characters.

“The story is taken from Shakespeare, but it has an Italian soul,” Feola said. She described how maestro Muti often corrected the singers in rehearsals to make sure that their performance, musically and dramatically, is properly Italian.

Part of the “Italian-ness” of the work is the language of Boito’s libretto.

“If you don’t really know Italian very well, it can be difficult to understand,” said Pirgu, who is himself Albanian but is a naturalized Italian citizen.

“It’s not current Italian,” Salsi interjected. “So there are a lot of very strange words that you have to find in the dictionary.”

Yet, the libretto is far from dry and dusty. “There are a lot of double meanings in the language,” Salsi said chuckling.

“There’s one line that we have been laughing a lot about but which is very difficult to translate,” Buratto said. “Let’s just say it’s about putting a big thing inside a small space,” she said with a colorful gesticulation.

The singers enjoyed trying to read Shakespearean insults, which are also difficult to translate, from the plays that inspired Falstaff. Listen below:

But Falstaff isn’t all fun and games – at least for the musicians.

“It’s a musicians’ opera,” Feola said with a nod.

One of the most famously complex sections of the entire opera is its conclusion. Falstaff, who fancies himself a trickster, has himself been tricked. Everything winds up happily ever after, and the entire ensemble sings a grand fugue on text that translates to “the whole word is a joke.”

“The whole opera is difficult to sing,” Pirgu said. “You especially can’t disturb the tempo and the rhythm in the big fugue at the end. The scene is really a lesson in how music should be. It seems very simple but it becomes very difficult when you have so many voices together.” Hear Muti conduct the final chorus in Falstaff below.

The final fugue, which is as complex musically as it is in its philosophical musings, might be one of the reasons Falstaff is often viewed today as being more “intellectual,” despite being a comedy.

Regardless of whether or not Falstaff is headier than, say, Rigoletto, the composer did, perhaps, put more thought into composing his last work than the thirty-six that came before it.

“Verdi wrote this opera over many years,” Pirgu explained, “with many periods of starting and stopping so he could consider what he could bring that was new to the artform of opera. And with Falstaff, what he came up with is one of the most difficult and most beautiful operas.”

“Falstaff definitely influenced other composers after Verdi,” Salsi said. “You can anticipate the works of Puccini and other verismo operas when you hear Falstaff.”

Though the CSO’s production of Falstaff is in concert, Pirgu said,“You don’t need to ‘see’ it. We have an amazing orchestra, the best conductor, an amazing group of singers, and it just works. There are some operas that are hard to see in concert, but I think this works better than others.”

Buratto said that, “When I sing this opera in concert, in my mind I always see scenes that I have done before in previous productions. I need to. Sometimes I’m even tempted to do some of the movement I’ve done in the past. But I have to stop myself and say, ‘No, it’s a concert!’”

In lieu of sets and costumes, Feola said, “there are a lot of special effects we need to create with our voices that the maestro has asked. In some ways, it’s more challenging.”

“When you work with Muti,” Salsi interrupted, “he teaches you the music and the role so deeply that you don’t need staging. Everything is there.”

“The most beautiful thing about working with maestro Muti is that he always creates something new,” Barcellona said. “Even if you’re doing an opera many times over a week or two weeks, every time it is different.

“He knows how to feel the audience, how to respond to subtle changes. I’ve experienced this with him many times. I can’t explain it,” she said with a glow. “But something magic happens with maestro Muti.”

Is Falstaff Verdi’s best opera? It’s certainly one of his most unique and influential works, and it could be one of your new favorites, too.

To learn more about the performances of Falstaff that Riccardo Muti conducted with these singers, visit the Chicago Symphony Orchestra’s website. 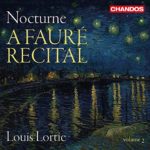