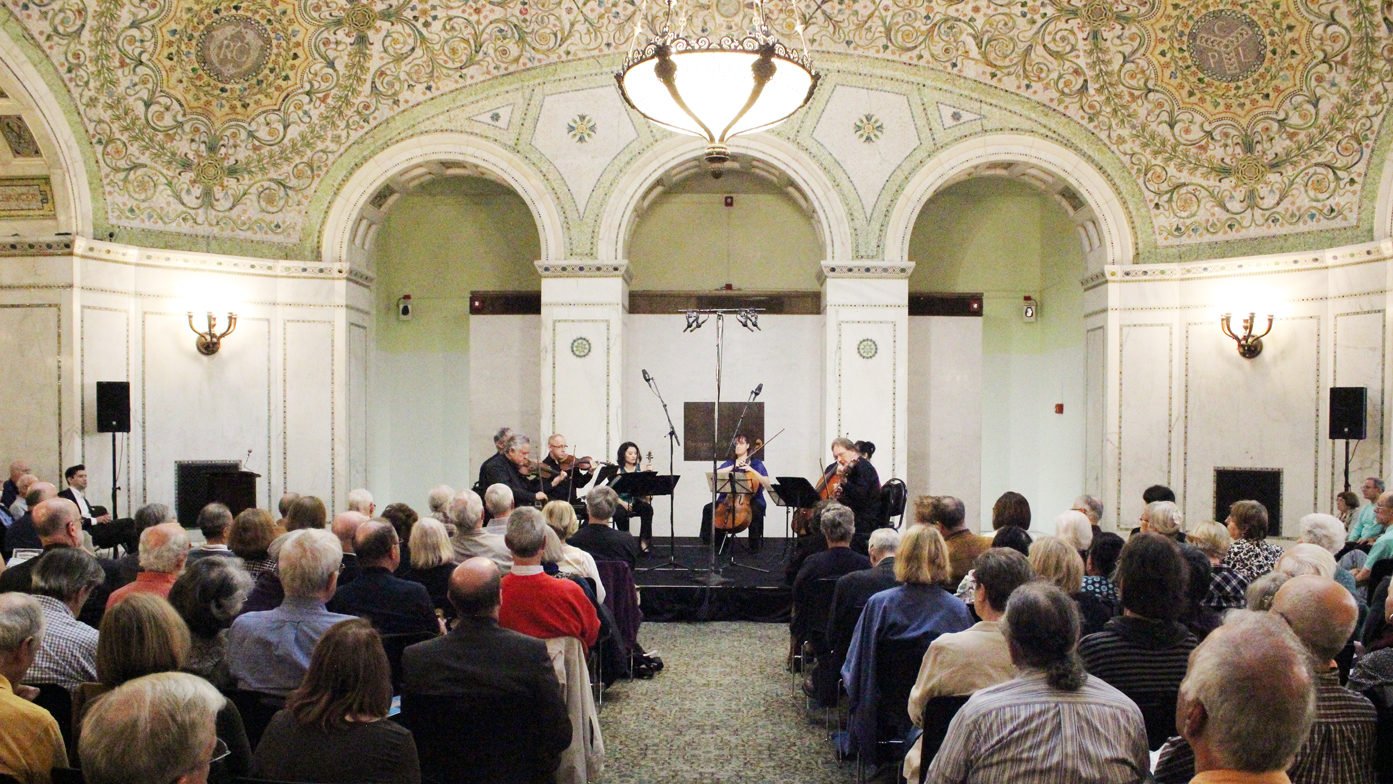 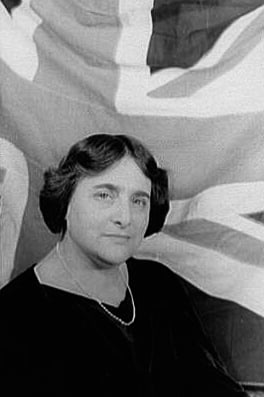 Pianist Dame Myra Hess once said she felt concerts were “exclusively for a privileged section of the community,” and that she “longed to throw open the doors to the very best music, at a price which all would be able to afford.” So, Hess founded the National Gallery concert series in wartime London to bring music to the masses. On October 20, 1977, the first Dame Myra Hess Memorial Concert was presented in Chicago, inspired by her passion to make music accessible for all. Since that first concert in Preston Bradley Hall in what was then the Chicago Public Library Cultural Center (and now the Chicago Cultural Center), over 3,000 artists have appeared in the series. And they’ve all been broadcast on WFMT.

Hess “gave up her international career to do, what she saw, as her contribution to the war effort,” explained Ann Murray, who has presented the Dame Myra Hess Memorial Concerts for 28 years through the International Music Foundation (IMF). “She wanted to lift morale of the people of London who were living under nightly bombings during the blitz,” Murray explained. “There was clearly a need because people were lining up, occasionally around the building.”

Al Booth, who established IMF, was motivated by Hess’s “sheer determination to make music during the war,” Murray said, “and to bring a similar concert series to Chicago, making music accessible for all. He had the insight to combine a beautiful space in the heart of downtown Chicago with concerts.” 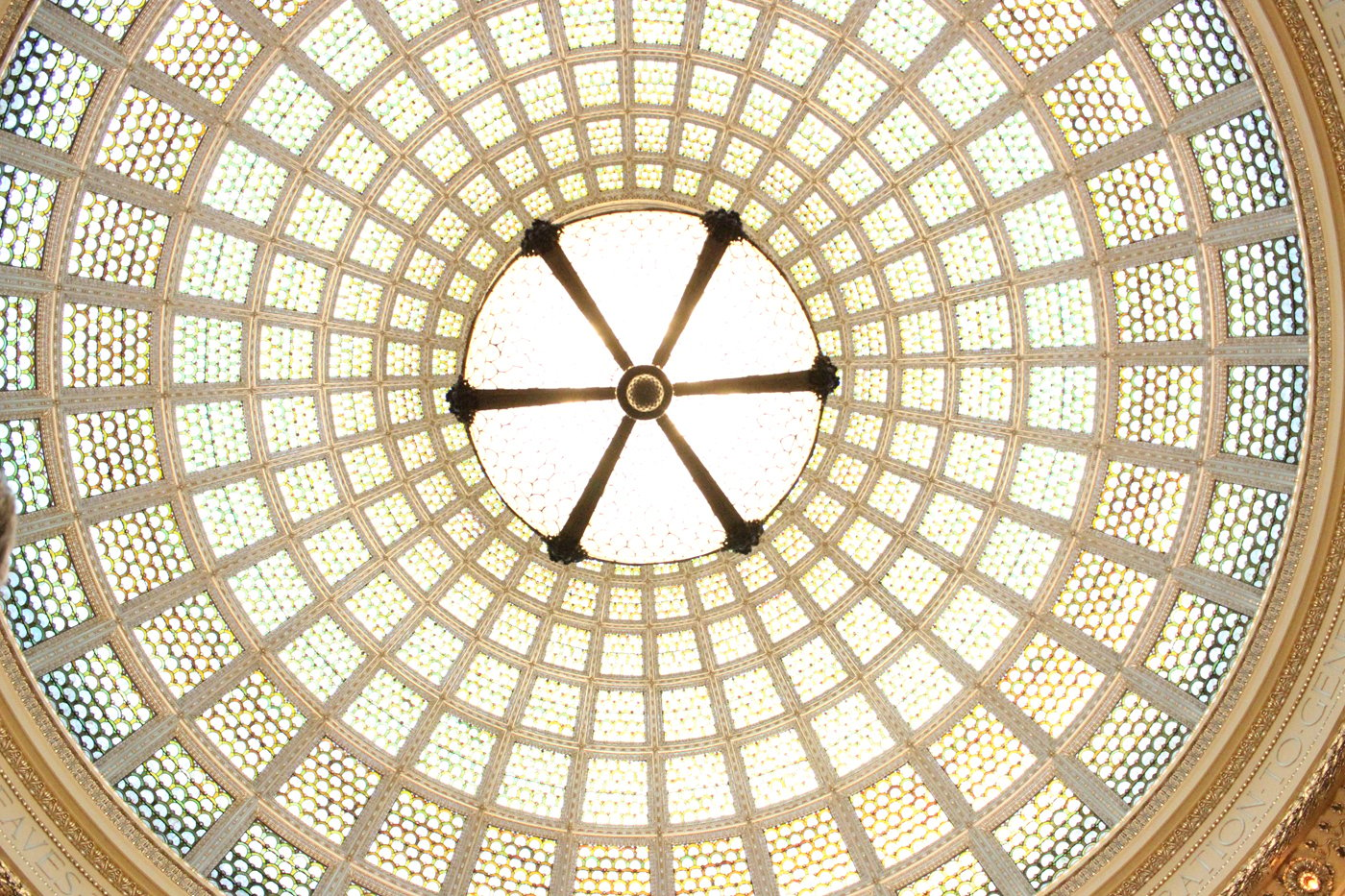 The largest Tiffany dome in the world is in Preston Bradley Hall in the Chicago Cultural Center where the Dame Myra Memorial Hess Concerts take place every week. On the day of the 40th anniversary concert, the sun was shinning bright in a clear blue sky, illuminating the artists and the audience.

The beautiful space, of course, is Preston Bradley Hall, crowned by the world’s largest Tiffany dome. Every week, hundreds gather there to hear live music – for free. Audience members “run the gamut from devoted regulars to the tourist who hears the music and goes up and says, ‘Let’s see what this is about,’ and then they sit and enjoy the concert,” Murray said.

“We are lucky to have our core group of about 400 people every week. One woman,” she recalled, “wrote to me once that this was a highlight of her week and asked what could be better than sitting in a beautiful space with two of her friends listening to a pianist play Mozart. What makes this special is accessibility. People know it’s worth something leaving the house for. Our artistic committee makes sure we maintain quality standards.”

For many Hess concert-goers, “It’s part of their Wednesday ritual,” she said. “They meet friends, they listen to rehearsal, they hear the concert, they go out to lunch. The location is perfect for people coming in on public transit, and they have this experience every week. They’re a very committed, loyal, group.” 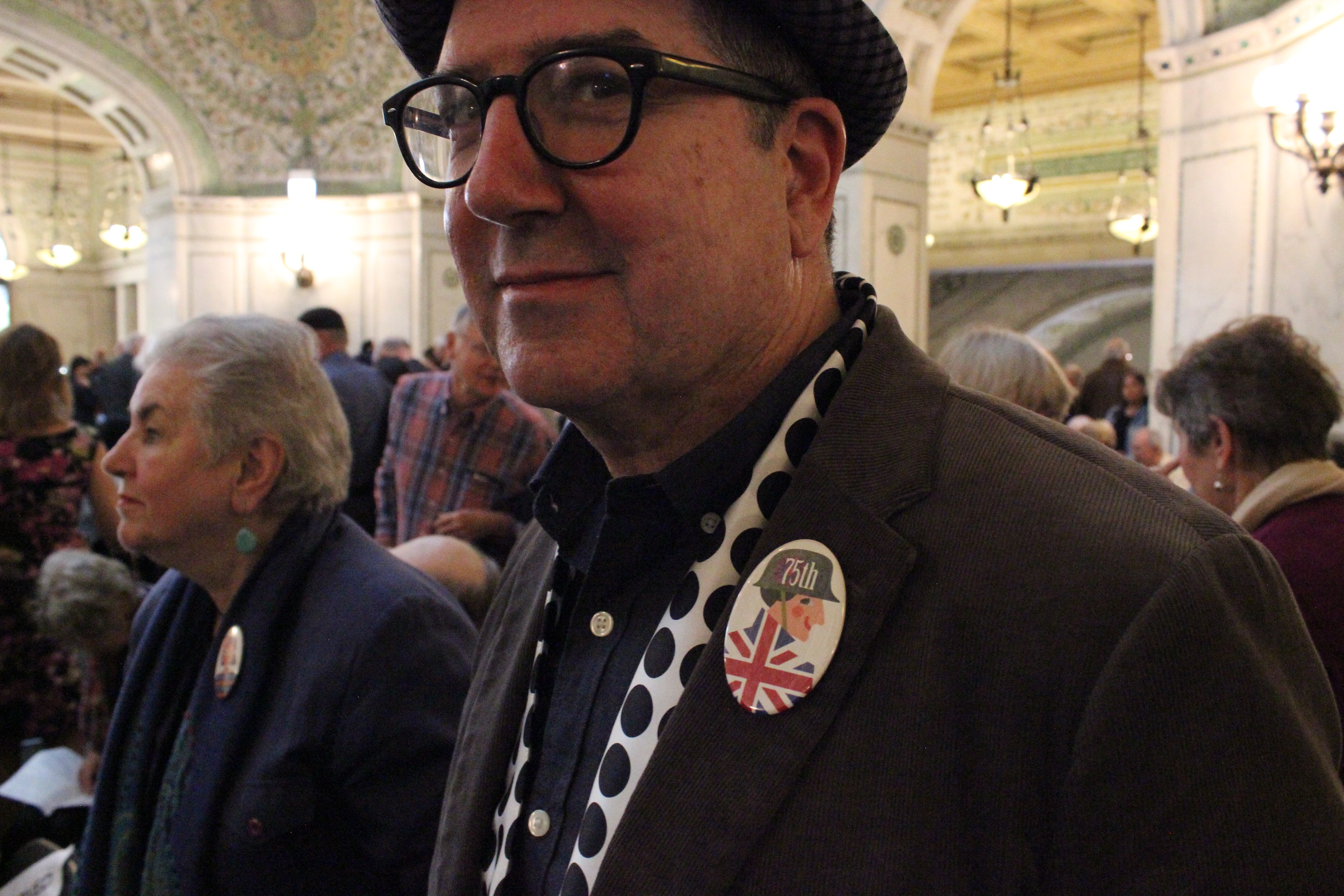 Artist David Lee Csiscko regularly attends Dame Myra Hess Memorial Concerts and has also designed many materials for the series, including a commemorative pin with Dame Myra that he is pictured wearing. A friend wears a pin, also designed by Csiscko, celebrating Ann Murray's contributions to the series and the city of Chicago

On another concert day, Murray remembered, “Lyric Opera of Chicago was doing the Ring Cycle, so people were in from all over the US and the world. After the concert, I was sitting talking to one of our regulars, and there was a group behind us in town for the Ring Cycle. I forgot what city they were from, and someone said, ‘This is phenomenal, we wandered in because we knew there was a Wagner-related concert, and I wonder: Why isn’t our city doing this for us?’”

Some audience members create their own art during Hess concerts. Nelida Victoria, originally from Argentina, has been attending Hess concerts for about fifteen years, and enjoys sketching the artists who perform in Preston Bradley Hall. See her sketch of the Vermeer and Arianna String Quartets performing Mendelssohn’s Octet in E-flat Major, Op. 20 for the Hess 40th anniversary concert below. 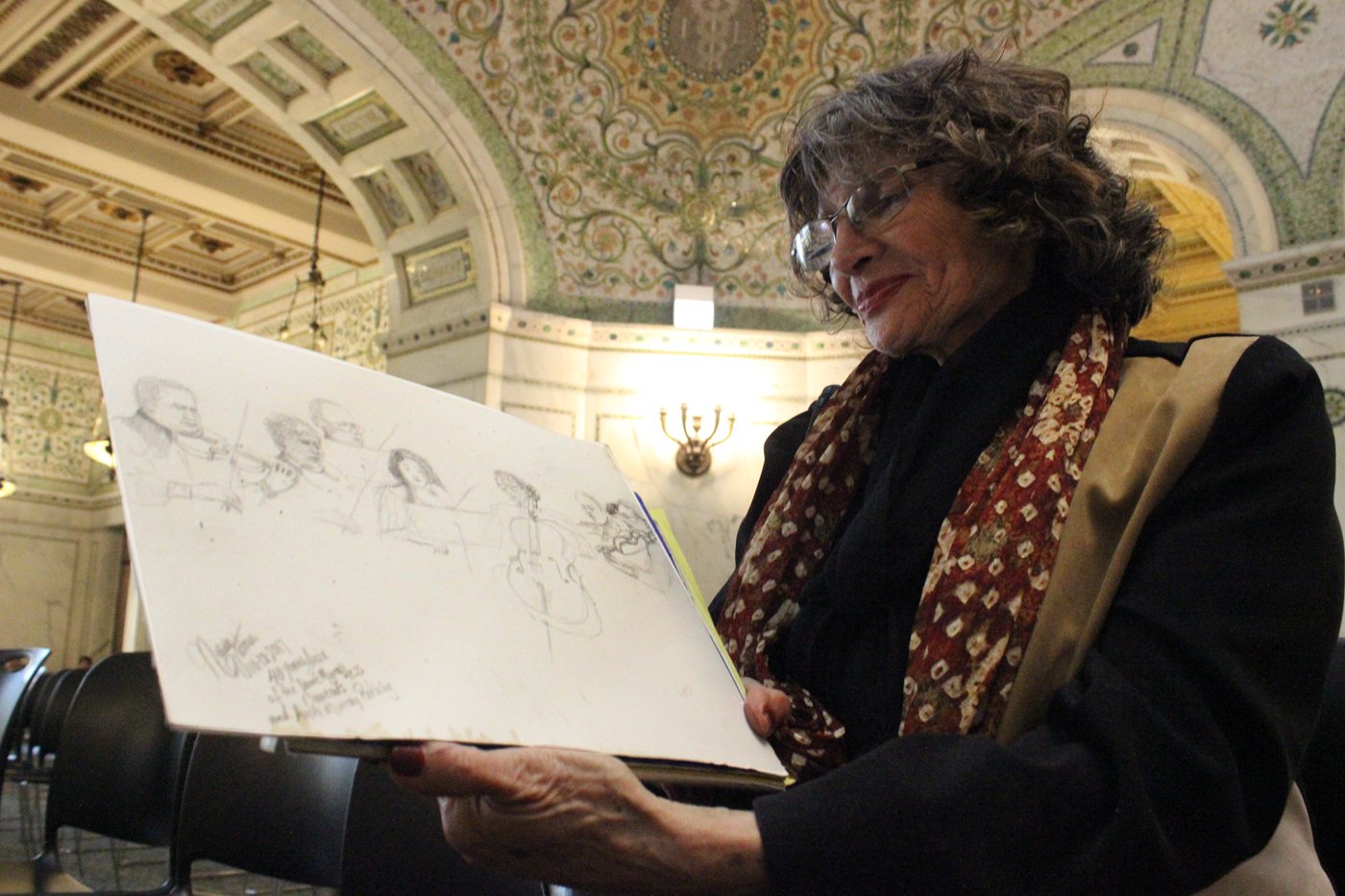 Artist Steve Slaske, originally from Milwaukee, said he attended a Hess concert before he made Chicago his hometown. Now that he’s a Chicagoan, the Hess concerts and events like it are reasons why he loves to call the Windy City his home. He sketches performances he attends all over Chicago, from Symphony Hall to the Cultural Center. During Hess concerts, the venue provides just as much artist inspiration as the musicians themselves. See one of his drawings from a Hess memorial concert below.

The Hess concerts do not just present audiences with great music, they also provide important opportunities for musicians. “Hess had a foundation that supported young musicians, and that was something that Al Booth cared about very much,” Murray said. “He hated the star system and would get very agitated about superstar musicians getting $50,000 fees when there was so much young talent that needed the exposure, that needed the fees to get their careers going.” Booth’s commitment to providing opportunities to emerging musicians through the concert series continues to this day.

A highlight for Murray of producing the Hess concerts has been “watching musicians make their way through careers. Maybe I hear them at Hess and then later at Grant Park Music Festival as a soloist, and then maybe in Ravinia.” For example, the acclaimed pianist Daniil Trifonov “had his debut when, I think, he was 19. Then he went on to win the Tchaikovsky Competition,” Murray said with both pride and admiration.

Hess artists are “touched by the warmth and loyalty of the audience,” Murray said. “At the end of concerts, musicians say, ‘You really feel the audiences is listening and engaged.’” 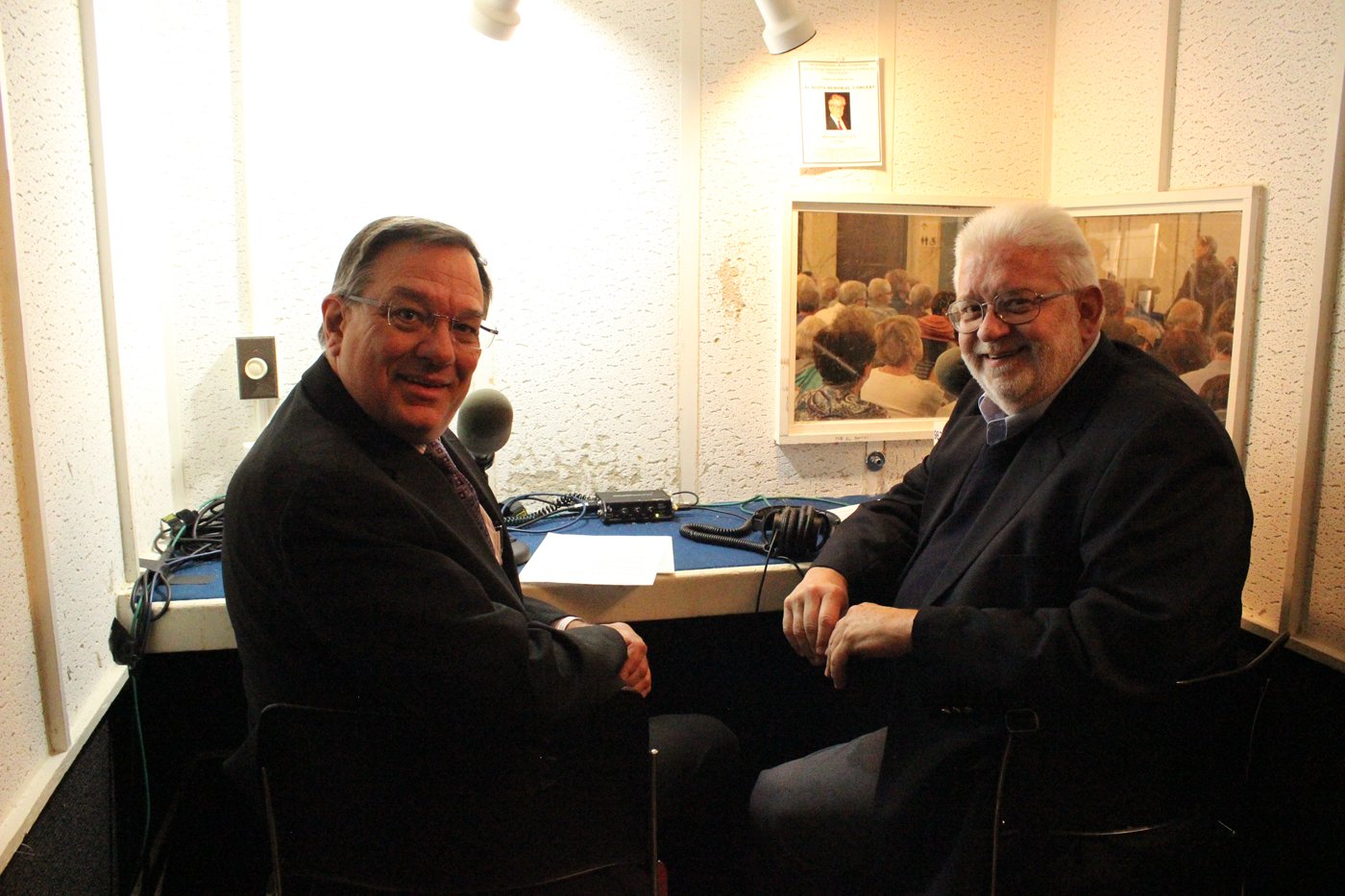 Hess artists also engage with music lovers around the globe through WFMT’s Dame Myra Hess Memorial Concert broadcast series. “The value of WFMT’s broadcasts of Hess concerts was huge for emerging talent and it is today. WFMT takes the music making out of the concert hall, into the city, throughout the region, and of course, across the planet. That’s a very important piece to getting a gig on Hess for emerging talent. They’re in a major city. A packed hall.  A beautiful hall. And then WFMT is the icing on the cake.”

“Some of these musicians may have family in China, or Japan, or wherever, and they listen on WFMT.com,” Murray said. “When the concert ends and the musicians are in the greenroom, they may have texts from their father in China. It brings home the incredible reach their music making has because of WFMT.” 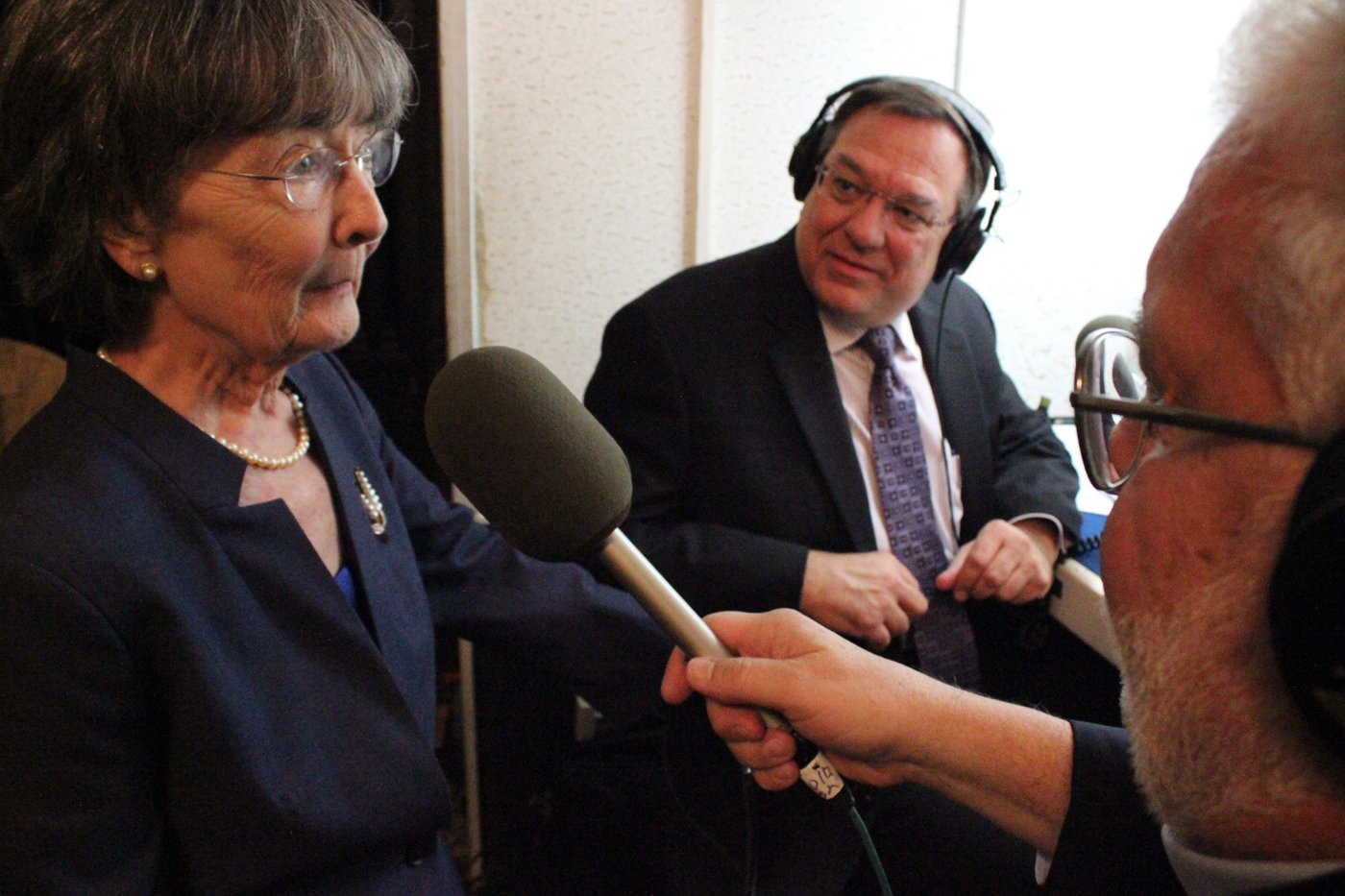 Though Murray has been essential to the continued success of the Hess concerts, she said, “what Al Booth started I was given as a gift to continue doing. I’m not the Al-type entrepreneurial personality who could have gotten everything started. That’s not where my strengths lie. So when Al retired, I was given this gift of curating this and keeping things going. There have been challenges, particularly during economic crisis. But we’ve always kept going. It’s an ongoing thrill.” 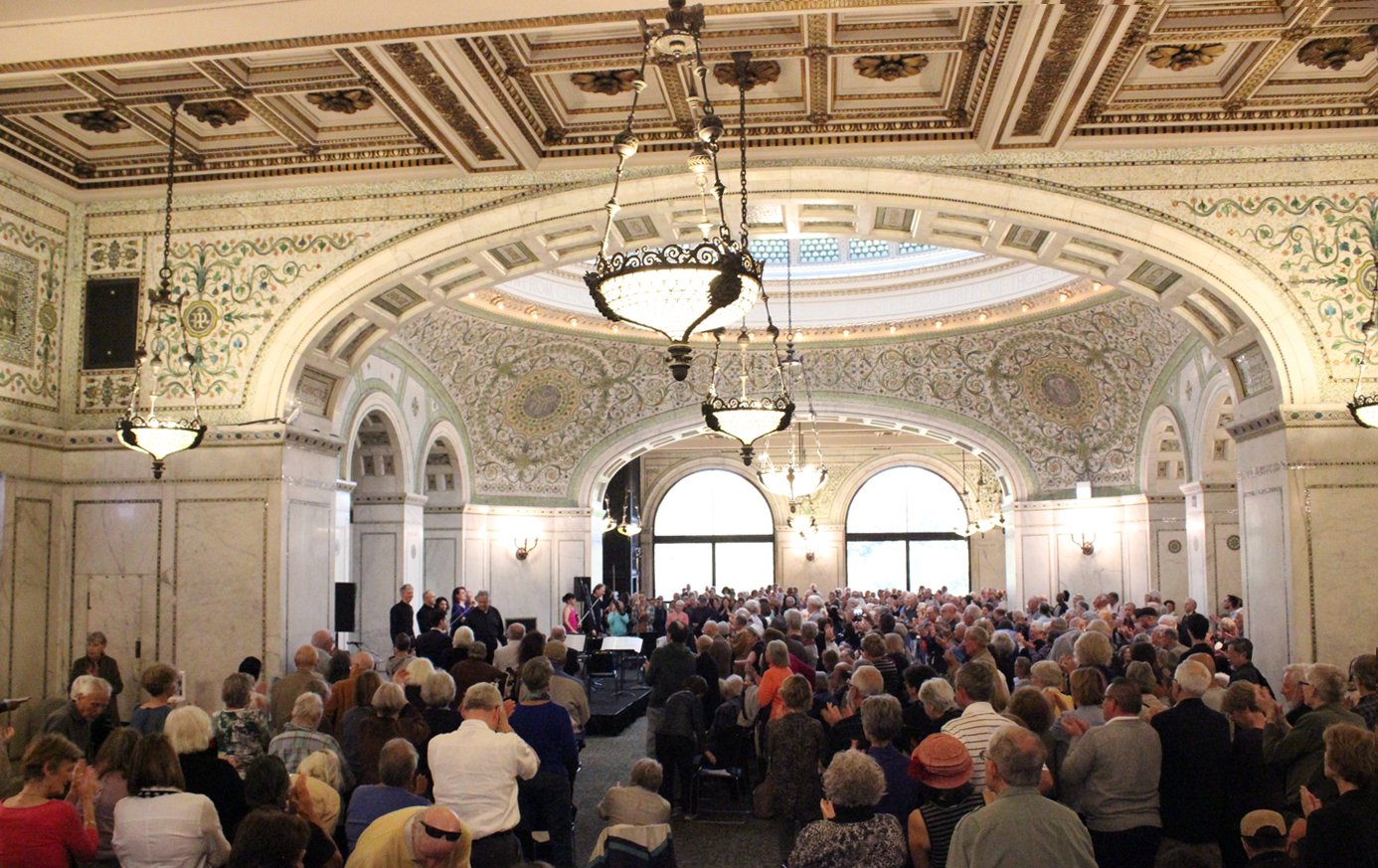 During the 40th anniversary Hess concert on Wednesday, October 18, Murray stepped down as the International Music Foundation’s executive director to pass the baton to Mark Riggleman. But that doesn’t mean you won’t see Murray under the Tiffany dome anymore. “I’m looking forward to sitting in the audience every week until I’m too infirm and the only way I can hear it is on WFMT. That’s my plan.” 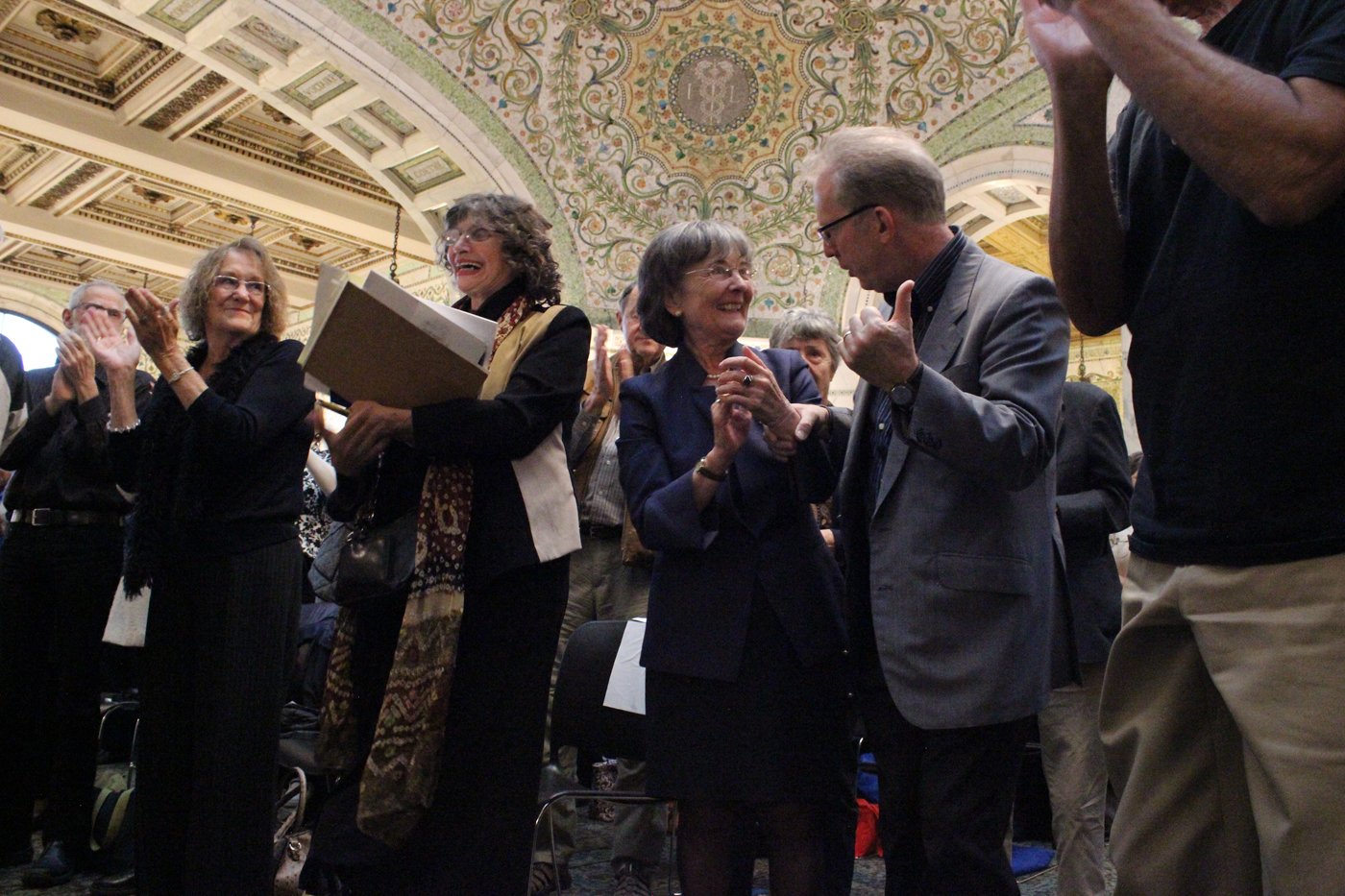