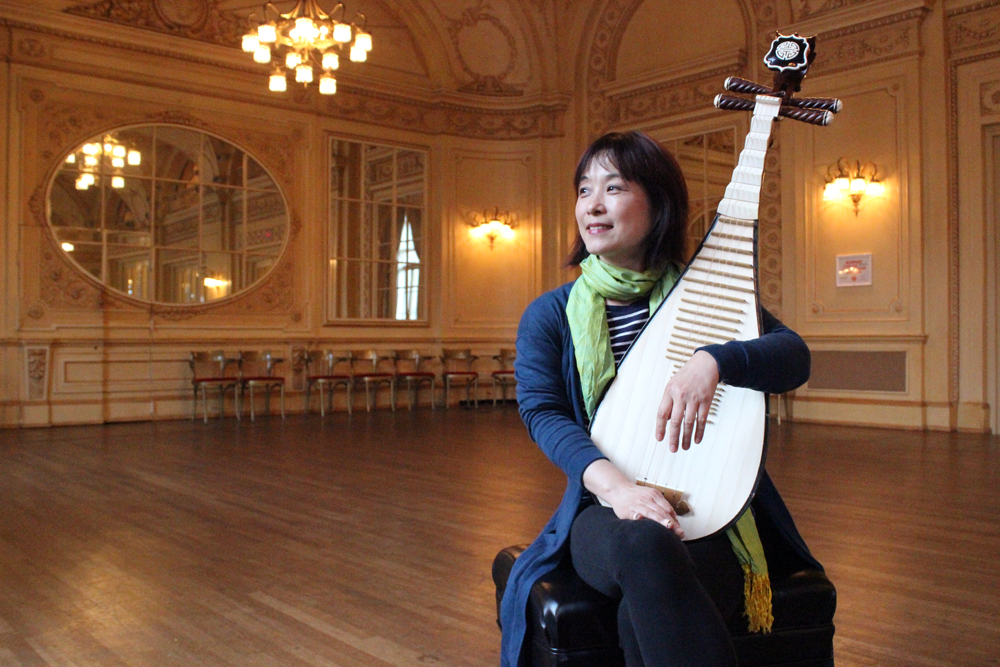 Wu Man plays this ancient instrument for modern audiences around the world and has collaborated with diverse musicians and ensembles, including Philip Glass, Terry Riley, Yo-Yo Ma, and the Silk Road Ensemble, the Kronos Quartet, and on the soundtrack for the movie Kung Fu Panda 3. “I think this instrument is such a treasure for all cultures.” She chuckled, “It’s just a cool instrument, and I want people to know that!”

When Wu Man visited Chicago to perform with the China National Centre for the Performing Arts (NCPA) Orchestra as part of its six-city tour across the United States, she gave us an impromptu pipa performance and lesson. Hear her incredible pipa improvisation below.

After performing, Wu Man also explained the basic parts of the pipa, how it's tuned, and its history. She showed how she uses “fake fingernails” to help her pluck the pipa’s four strings with her right hand, and demonstrated important playing techniques. Finally, she explained what Chinese music and language have in common. Get a little “pipa 101” with Wu Man in the video below.