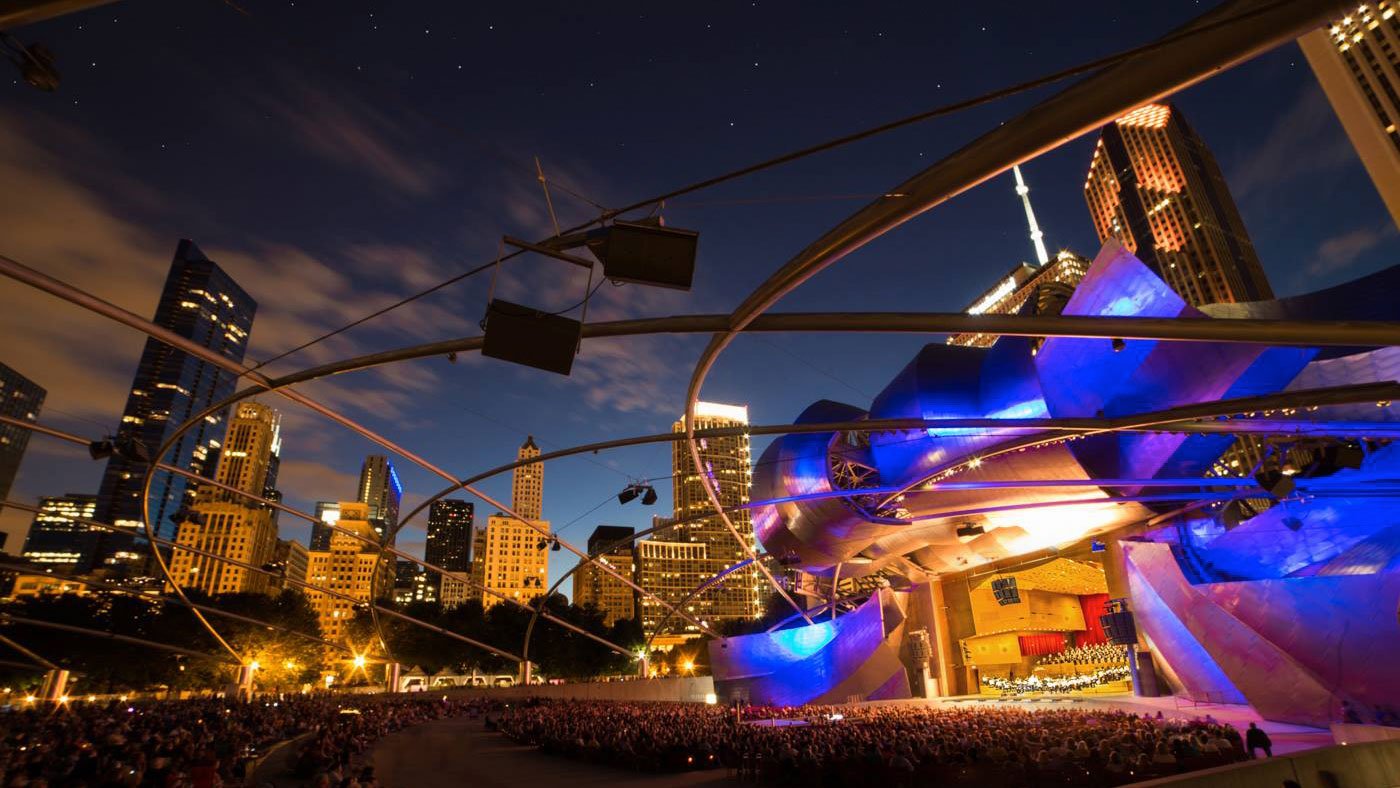 Today, the Grant Park Music Festival announced its 2018 season of concerts, which runs for 10 weeks from June 13 to August 18. This summer, the festival presents thirty concerts at the Jay Pritzker Pavilion in Chicago’s Millennium Park, as well as additional concerts at the South Shore Cultural Center, Columbus Park Refectory, and Harris Theater for Music and Dance.

A highlight of the festival season includes a new work by composer Ēriks Ešenvalds, which has its world premiere in Millennium Park on Wednesday, June 20 that coincides with the opening night of the 2018 annual conference of Chorus America, co-hosted by the festival and the Chicago Children’s Choir.

Carlos Kalmar leads the Grant Park Music Festival as principal conductor, a title he has held since 2000. Christopher Bell returns to direct the Grant Park Chorus and conduct the Independence Day salute, one of the festival’s most popular annual concerts.

See a full listing of concerts below and be sure to listen to WFMT this summer to hear many of these performances live from anywhere in the world.

The Grant Park Orchestra and Chorus and guest artists from the Broadway stage in an evening of favorites by the acclaimed team of librettist-lyricist Alan Jay Lerner and composer Frederick Loewe. With selections from My Fair Lady, Camelot, Brigadoon, Gigi and more.

Christopher Bell and the Grant Park Chorus return to two of the city’s cultural hubs with a concert of a cappella music, featuring works by Bruckner, Britten, Tippet, Leighton and more.