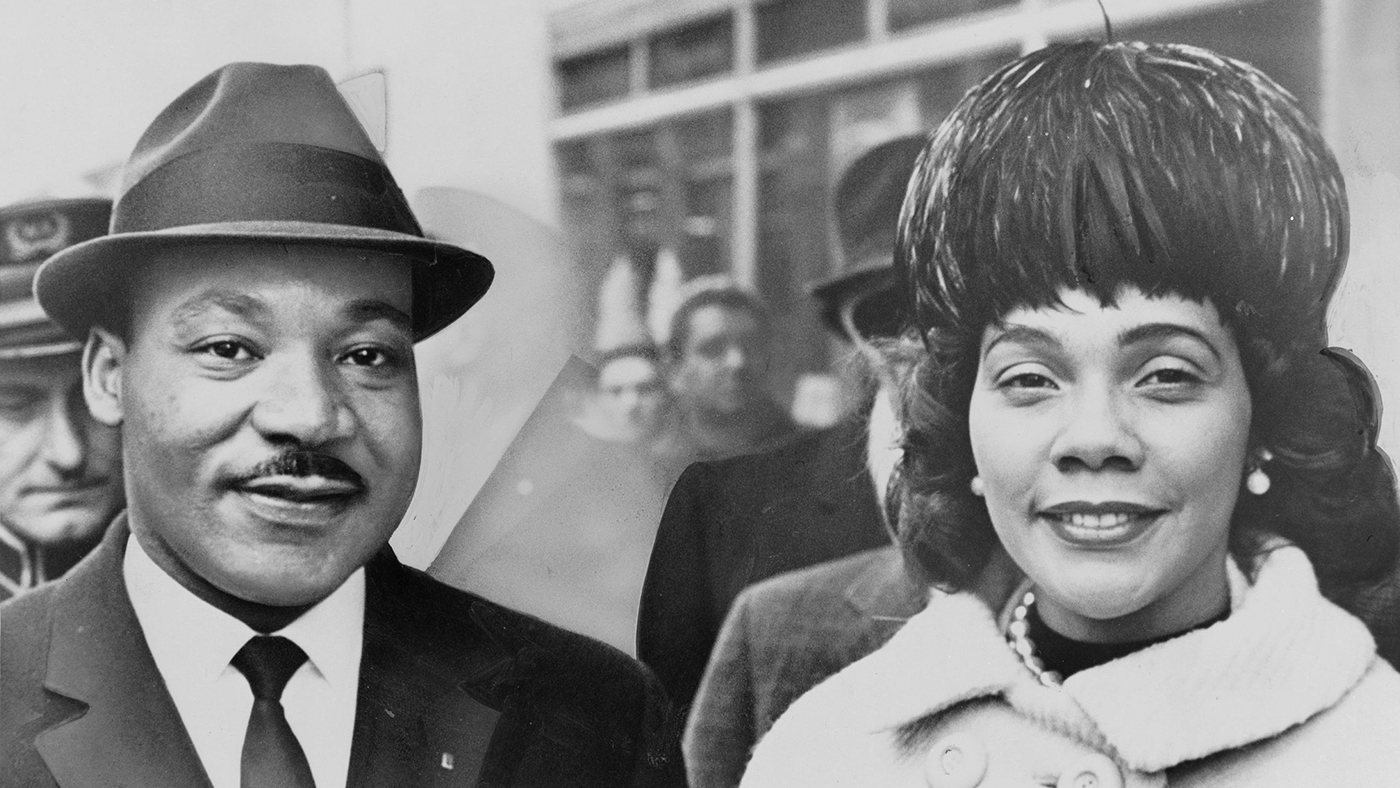 Coretta Scott King described her early music education in a segregated Alabama in an interview with the National Visionary Leadership Project. She said she inherited her musical talents from her mother, who sang in church because “there was no place else to sing for her when I was growing up.”

Later, King sang solos in church herself, as well in school and said, “I became the star pupil that the teacher showed off with when the dean supervisor came around. I grew up in the country and we went to this one-room school, a big one-room. I would be the pupil that she asked to sing, or to recite a poem. And of course, I just accepted it as the fact that I could do it and that’s why she was asking me to do it.” Later, she said, “I got the notion that I would really like to study music because when I heard classical music for the first time, I liked it.”

In an interview conducted in Chicago in 2004, King explained more about how she came to love classical music. “In high school, I had a teacher who influenced me greatly, Miss Olive J. Williams, and she was versatile in music, and I wanted to be like her. She exposed me to the world of classical music. Before then, I had never heard classical music. She exposed me also to the great composers of the world, as well as black performers, which I didn't know about at the time: Marian Anderson, Paul Robeson, Roland Hayes and Dorothy Maynor and others.”

“So I got my foundation and my beginning there, and then, at Antioch, I built on that with another teacher named Walter Anderson. He was the one who eventually encouraged me to apply when I graduated from Antioch to the New England Conservatory of Music in Boston.” She decided to pursue additional advanced education because at Antioch, “I couldn't get a full music degree but I always wanted to study music; that was my first love.”

During her time at New England Conservatory, Coretta met her future husband, Martin Luther King, Jr. They married in June 1953, after announcing their engagement in the Atlanta Daily World on Valentine’s Day of the same year.

After Coretta finished her degree in voice and piano, the Kings moved to Montgomery, Alabama. She said “after we moved to Montgomery – my husband was called to a church there – I continued to perform. I performed concerts the first year, got pregnant, had to stop, performed between babies – I have four children – and I was doing standard concerts when I had my fourth child. I realized I could not continue to do that that way.”

“And, I developed the ‘Freedom Concert’ concept, where I narrated the story of the civil rights movement that we were involved in, and sang freedom songs in between the narrations that told the story of our struggle from Montgomery to Washington at that time. In 1964, I did my debut with my Freedom Concert at Town Hall, raised money for the cause, and the rest of the time I raised money for my husband's organization doing Freedom Concerts across the country and so forth.”

The same year, Martin Luther King, Jr. was named Time’s “Man of the Year.” The magazine described Coretta as a “talented young soprano.”

Why didn’t Coretta Scott King continue to develop her career as a singer? She explained in her National Visionary Leadership Project interview, “If you’re a performer and particularly a singer you have to rest a lot, you can’t sing tired. Often I don’t get the amount of rest I need. It’s not easy to get back into it unless you have some time just to give to that.”

“And there’s always an important cause, a need, that’s more important, it seems, than what you want to do. And because I care so deeply about, you know, people and the needs of our community and our world, it seems sort of selfish, you know, to think about what it is that I want to do.” 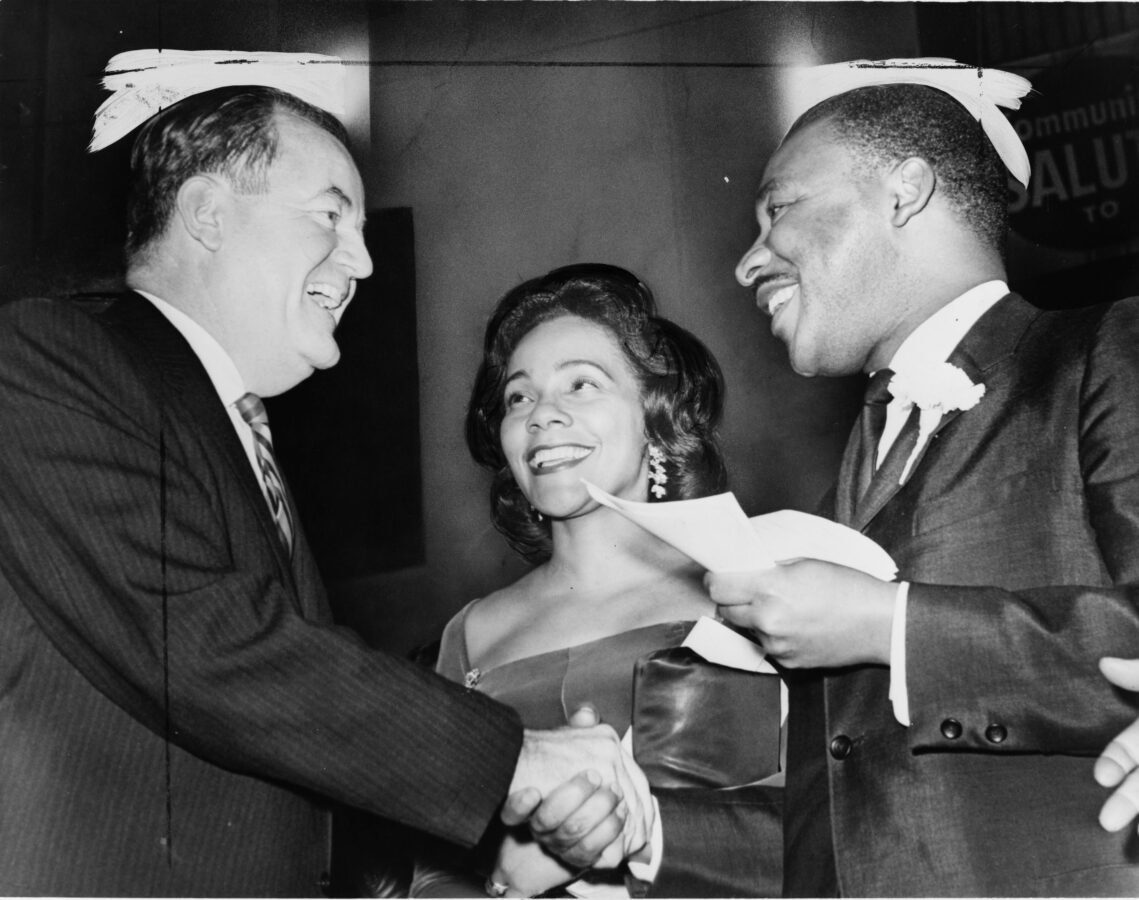 Dr. Martin Luther King, Jr. in Art: Music, Dance, Poetry, and more
In the Age of the Visual Album, What Can Opera Learn from Beyoncé?
Lyric Returns With Free Star-Studded Virtual Gala
Enrique Mazzola on Returning to the Stage, Taking the Reins at Lyric
10 Woman Conductors You Should Know
Bach, Borge, Biden: Ed O’Keefe, the CBS News White House Correspondent Who Came To Play