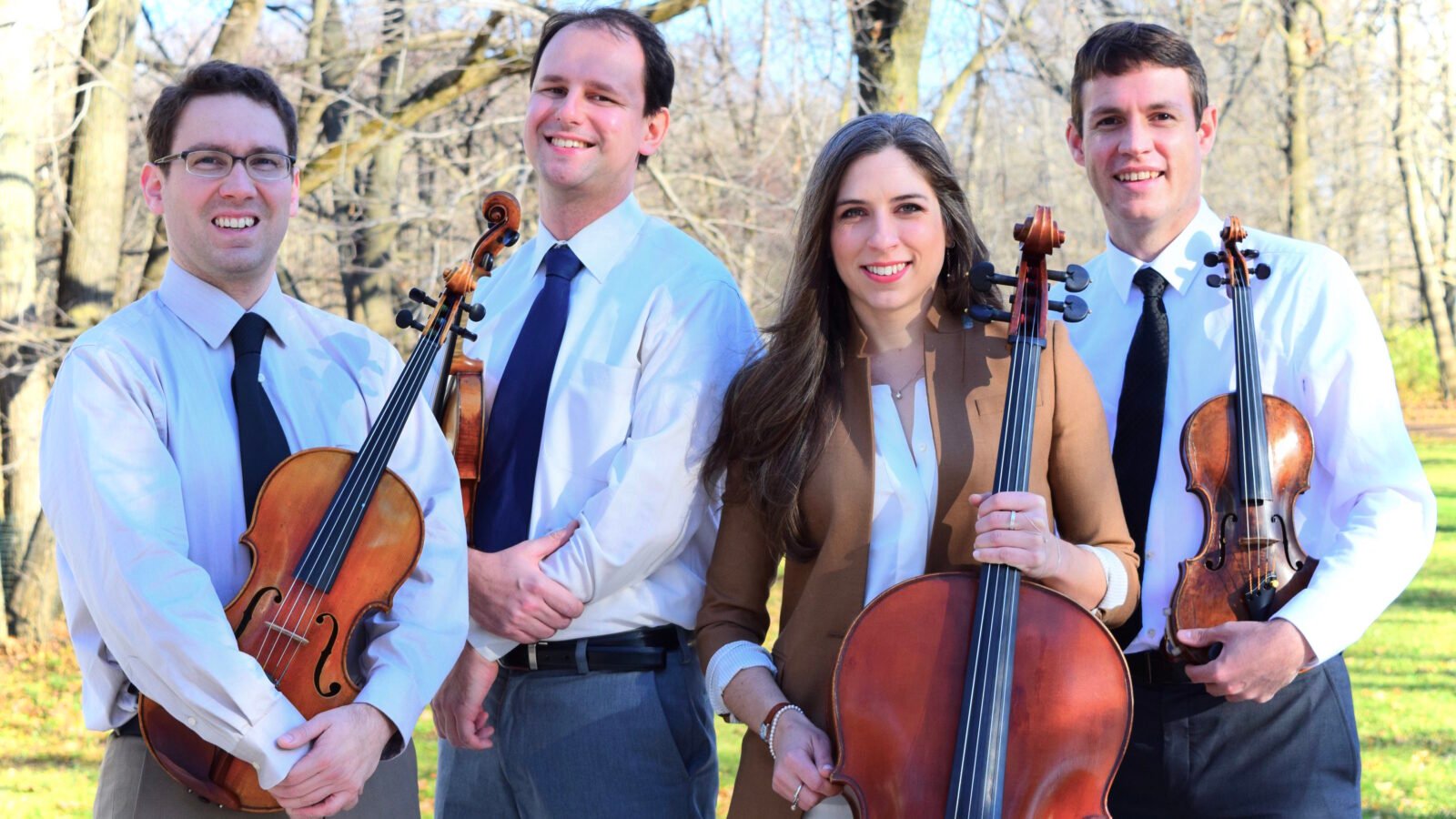 The Kontras Quartet ended their time as WFMT’s ensemble-in-residence by teaming up with bluegrass group the Kruger Brothers to present Wood in the Whiskey, a concert blending classical and folk traditions. The Kontras Quartet, composed of violinists Dmitri Pogorelov and Francois Henkins, violist Ben Weber, and cellist Jean Hatmaker are dedicated to exploring contrasts in music. (“Kontras” is the Afrikaans word for “contrasts.”) However, listening to them perform alongside Jens Kruger, Uwe Kruger, and Joel Landsberg, you can easily hear that classical and folk music contrast less than you might think. Audiences at the Athenaeum Theatre enjoyed these incredible musicians in a performance broadcast live on WFMT, Tuesday, January 9, 2018. Enjoy excerpts from the performance below.

“Carolina in the Fall”

The Swiss-born Kruger Brothers have adopted the Carolinas as their homeland. This song depicts the journey of a young teen as he ventures through the world into adulthood, only to realize that while there are many beauties in the world, there is nothing quite as breathtaking as the fall colors of Carolina.

Many cultures have been fascinated by ravens. The popular corvid has proven its intelligence time and time again earning its mythic reputation. This song is narrated from the perspective of the king of the ravens as he boasts about his all-knowing mind and boundless freedom.

Finding himself inspired by the beauty of the state’s mountain ranges, Uwe Kruger wrote a piece following a soldier’s journey during the Revolutionary War. When he sees the sun peak over the Carolina landscape, he begins to wonder why he left his home.