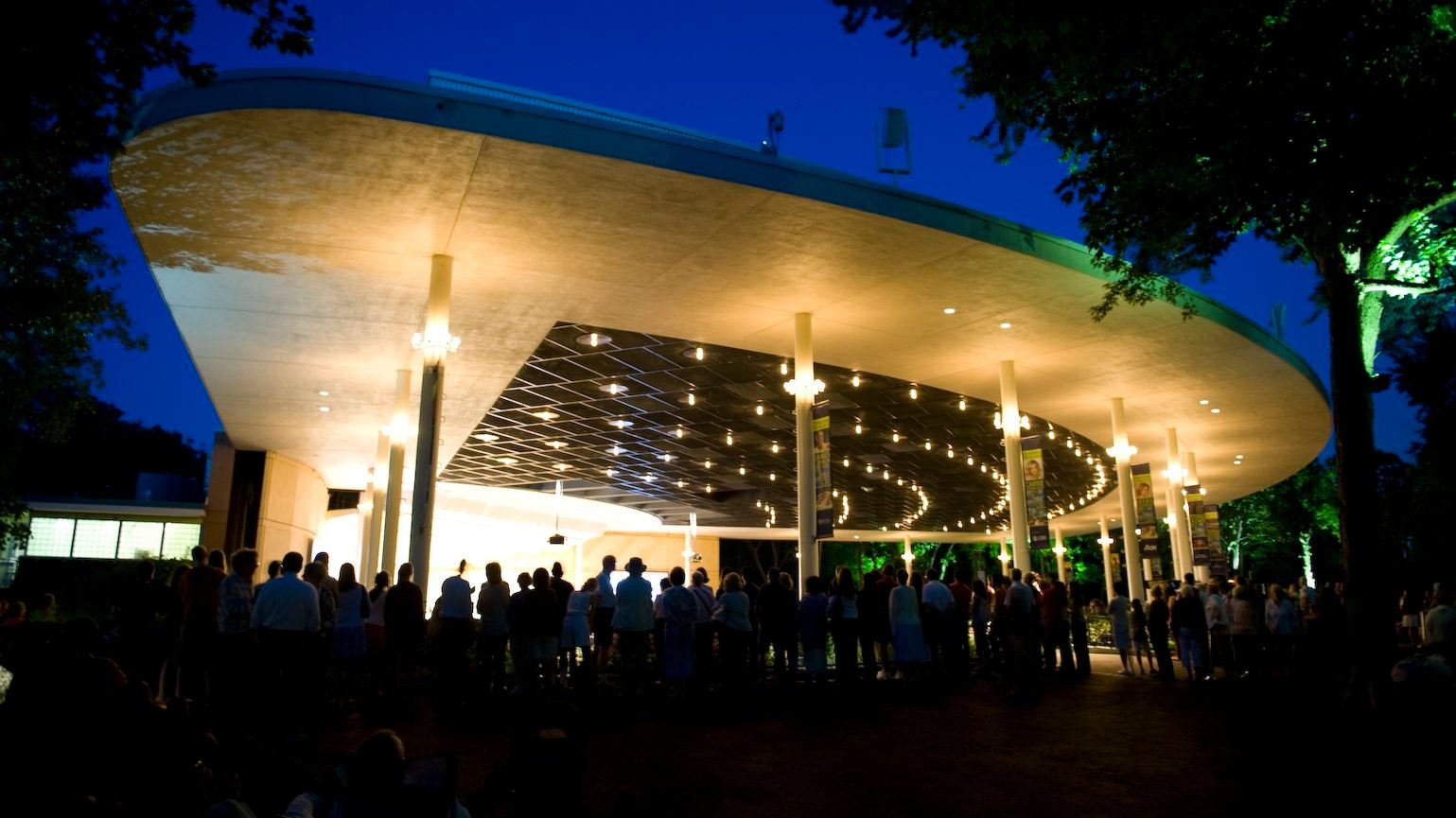 The festival also highlights the eighty-third annual residency of the Chicago Symphony Orchestra. Among the Bernstein events are a performance of his MASS, and Beethoven’s Ninth Symphony, both conducted by Alsop. Legendary mezzo-soprano Federica von Stade makes an appearance with Alsop to perform Bernstein’s First Symphony, “Jeremiah.”

Chamber-music concerts and solo recitals will feature the Emerson and Takacs quartets, Apollo’s Fire, Chanticleer, guitarist Milos Karadaglic, and soprano Dawn Upshaw. Soloists with the CSO will include pianist Yuja Wang and violinist Joshua Bell. Audra McDonald will be featured on the festival’s annual gala benefit in July. Film scores with music being featured during the summer include E.T. The Extra-terrestrial, Raiders of the Lost Ark, Hitchcock’s Vertigo, and The Red Violin.