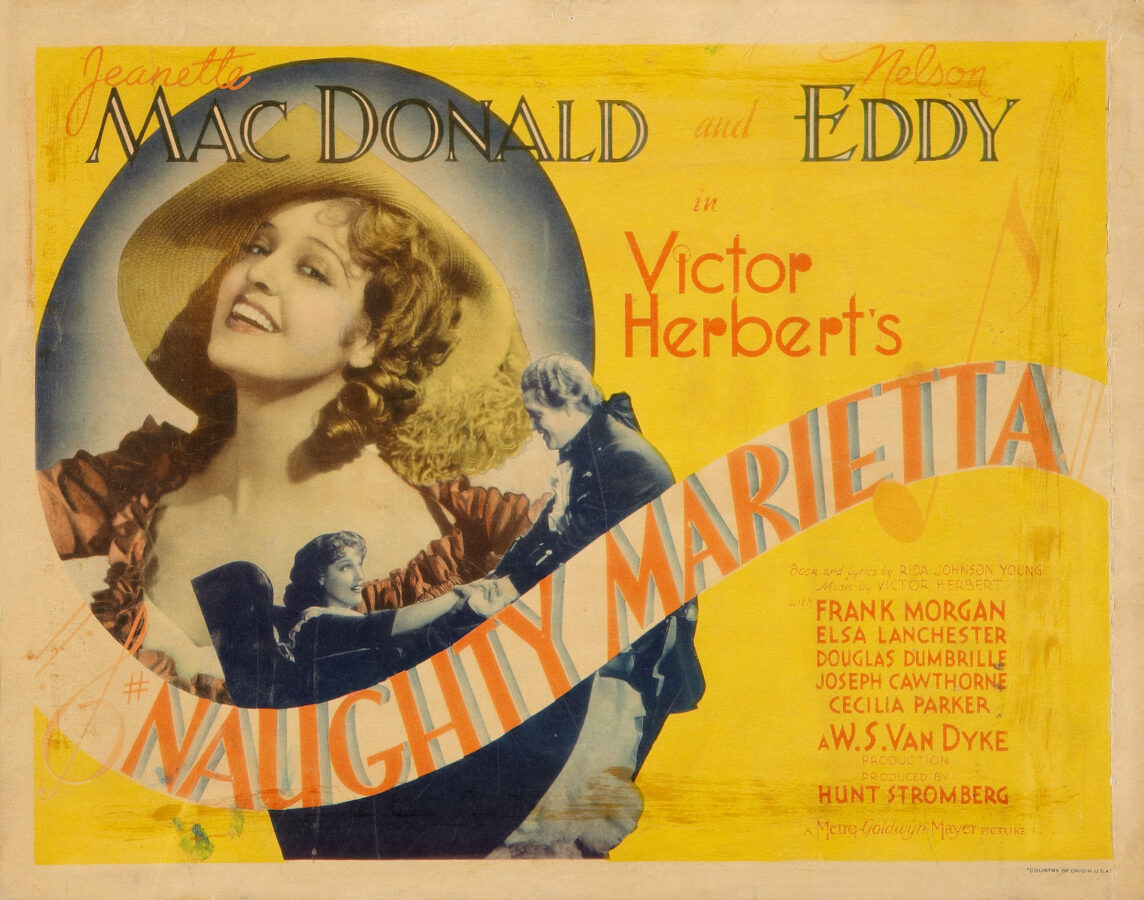 The poster for a film adaptation of the operetta Naughty Marietta, which featured "Dream Melody Intermezzo," a single now inducted into the National Recording Registry of the Library of Congress

Music is sound and silence organized in time. Time, no matter how organized, comes and goes, so sound disappears. Except that sometimes, as the existence of the WFMT family attests to, sound is recorded. Then sound need not disappear, even when its time has come and gone.

Every year since 2002, the National Recording Registry of the Library of Congress selects a number of sound recordings to honor. Fifty recordings were registered in the first year, then twenty-five recordings each following year. With the addition of this year’s twenty-five, the total of preservation-worthy sound recordings is five hundred. Anyone may nominate for preservation a recording from any musical genre, from spoken word, or from historical reportage or observation. The National Recording Preservation Board makes its decision on new entries from recordings “…that are culturally, historically, or aesthetically important, and/or inform or reflect life in the United States.” The only conditions are that the recording actually exist and that a minimum of ten years has passed since the recording was made.

The recordings chosen each year reflect both a time and timelessness. A number of classical treasures appeared on the first registry. They include Enrico Caruso’s 1907 recording of “Vesti la giubba” (aka Laugh, Clown, Laugh) from Leoncavallo’s Pagliacci, the first recording of George Gershwin at the piano in his own Rhapsody in Blue (Paul Whiteman Orchestra, 1924), Bell Labs’ experimental stereo recordings in the 1930s with the Philadelphia Orchestra conducted by Leopold Stokowski, and Milton Babbit’s 1971 work Philomel for synthesizer and soprano.

This year the music includes Tony Bennett’s iconic rendition of “I Left My Heart in San Francisco,” the soundtrack for The Sound of Music, and Bill Haley’s “Rock Around the Clock.” Four classical music recordings were also added to the registry this year. Let’s take a look at those four recordings. 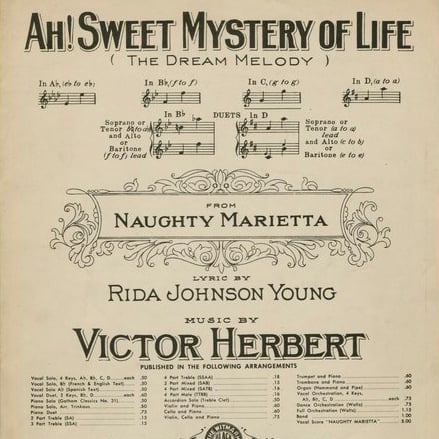 Sheet music to "Ah! Sweet Mystery of Life!" from Naughty Marietta with music by Victor Herbet

This 1911 recording of the “Dream Melody Intermezzo” from Victor Herbert’s 2-act operetta Naughty Marietta would be roughly the equivalent of today’s Broadway Cast Album recording. After an out-of-town tryout in Syracuse, New York, in October of 1910, Naughty Marietta opened two weeks later on Broadway, with the recording made not too long after. But the means of recording, the Edison cylinder, was soon to be made obsolete. The commercial marketing in 1885 of the wax cylinder brought pre-recorded sound into homes across the country.

By 1910, however, a new medium, the phonograph record, was proving a better technology than the engraved wax wrapped around a hollow tumbler. Naughty Marietta was Victor Herbert’s most successful production. Songs, including “Tramp, Tramp, Tramp,” “Italian Street Song,” and “Ah, Sweet Mystery of Life” have become a part of America’s popular music canon. As America moved from the Gilded Age through the Mauve Decade and into the Progressive Era, this 1911 recording on wax cylinder is, in a way, a last hurrah for a somewhat complacent America, recorded on a system which would also soon be a relic of America’s sonic past. 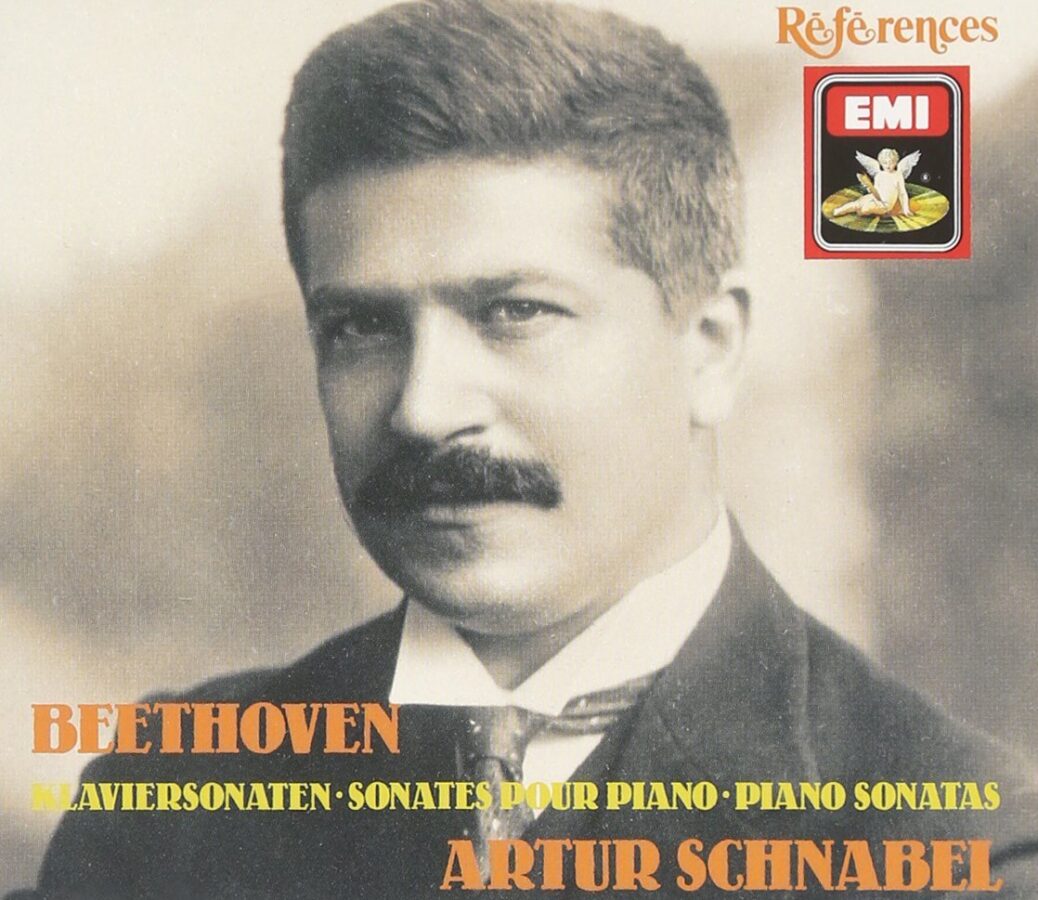 As the first pianist to record all 32 of Beethoven’s piano sonatas, Artur Schnabel had an enormous influence in shaping the record-buying public’s opinion of the music of Beethoven. This fact might certainly be significant enough for inclusion into the registry. But think of this: Schnabel, whose recordings of Beethoven are often described as authentic, was a student of Theodor Leschetizky, the pianist and pedagogue who himself had studied with Carl Czerny, who was a student of none other than Beethoven himself. Czerny’s admiration of Beethoven’s skill at improvisation and especially his understated and restrained demeanor at the piano were qualities that were handed down to Schnabel through Leschetizky.

Another interesting fact about Schnabel’s recordings of the complete Beethoven piano sonatas was the fact that they were offered over time; that is, each 78 rpm disc (recorded at Abbey Road Studios, London) would be offered to the public as each became available. One could look forward to a new recording in the series without having to worry about paying for them all at once. This serialization most certainly had an effect on classical music being enjoyed in the home, by making great musical works affordable. 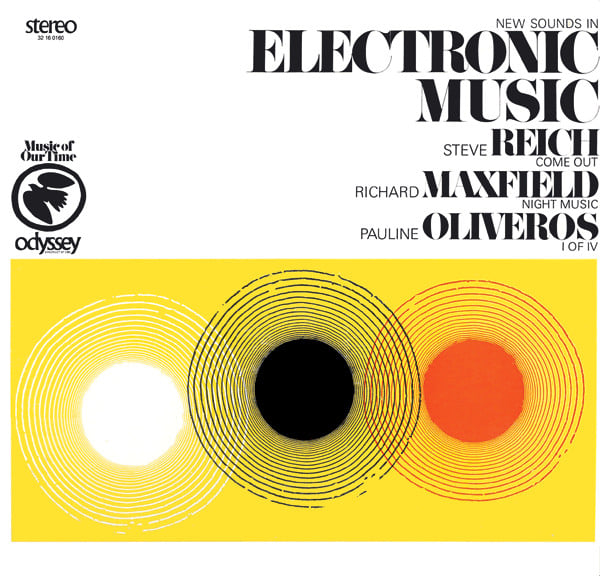 The year 1967 in the United States was marked by a number of firsts: the first Super Bowl, the first Doors album, Thurgood Marshall, the first black justice of the U.S. Supreme Court, the establishment of the Corporation for Public Broadcasting, and more, all with the Vietnam protests, race riots, and the Summer of Love as a backdrop. Radio and television were taking advantage of advances in technology to bring news to the public faster than ever before. And a number of classical composers were experimenting with the technology: using electronics as a means in itself, using the tools of recording music to make its own music.

Released by Columbia Records on its budget label Odyssey, New Sounds in Electronic Music highlighted the abstract and experimental nature of electronic music some twenty years after amplification, reverb, tape delay, and electronic synthesizers first were a novelty in the world of music. From Richard Maxfield’s multichannel imitation of the chirping of birds and insects via oscilloscope for “Night Music,” to Steve Reich’s manipulation of a human voice to create a polyphony of sound and meaning for “Come Out,” to Pauline Oliveros’s real time studio performance composition “I of IV,” which used tones produced by eleven generators and the bias frequencies of 2 tape recorders, New Sounds was a seminal recording in the field of electronic music. 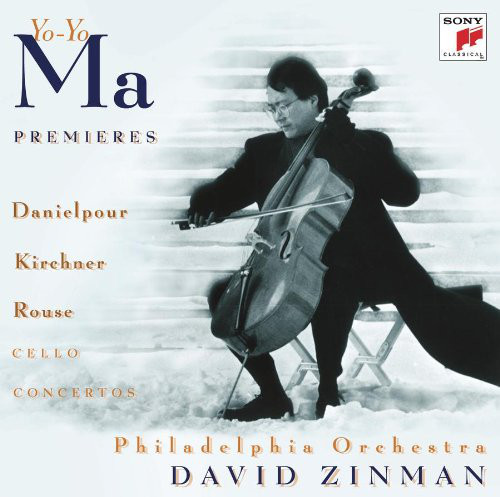 Performing in public since the age of five, by the time he was 40 Yo-Yo Ma had released 70 albums. Because of television appearances on The Tonight Show, Sesame Street, The Simpsons, and The West Wing among others, Yo-Yo Ma is one of a small group of classical musicians who, like Luciano Pavarotti or Leonard Bernstein, has become a household name, whether or not that household had ever bought one of his records or attended a classical performance. He was the perfect combination of the idea of the late 20th-century artist: virtuosic but humble; dedicated to classical music but interested in music of every genre from every part of the world; in other words, the opposite of the popular stereotype of the effete and imposing classical musician. Yo-Yo Ma was a virtuoso, but an approachable one.

It should be no surprise, then, that composers would welcome the opportunity to write a new work for a musician who could realize their vision. The San Francisco Symphony commissioned Richard Danielpour’s Concerto for Cello and Orchestra; the Philadelphia Orchestra did the same for Leon Kirchner’s Music for Cello and Orchestra; likewise the Los Angeles Philharmonic for Christopher Rouse’s Violoncello Concerto. Recorded by the Philadelphia Orchestra for Sony, the recording won 3 Grammy Awards. In the words of conductor David Zinman, “another victory for American music.”