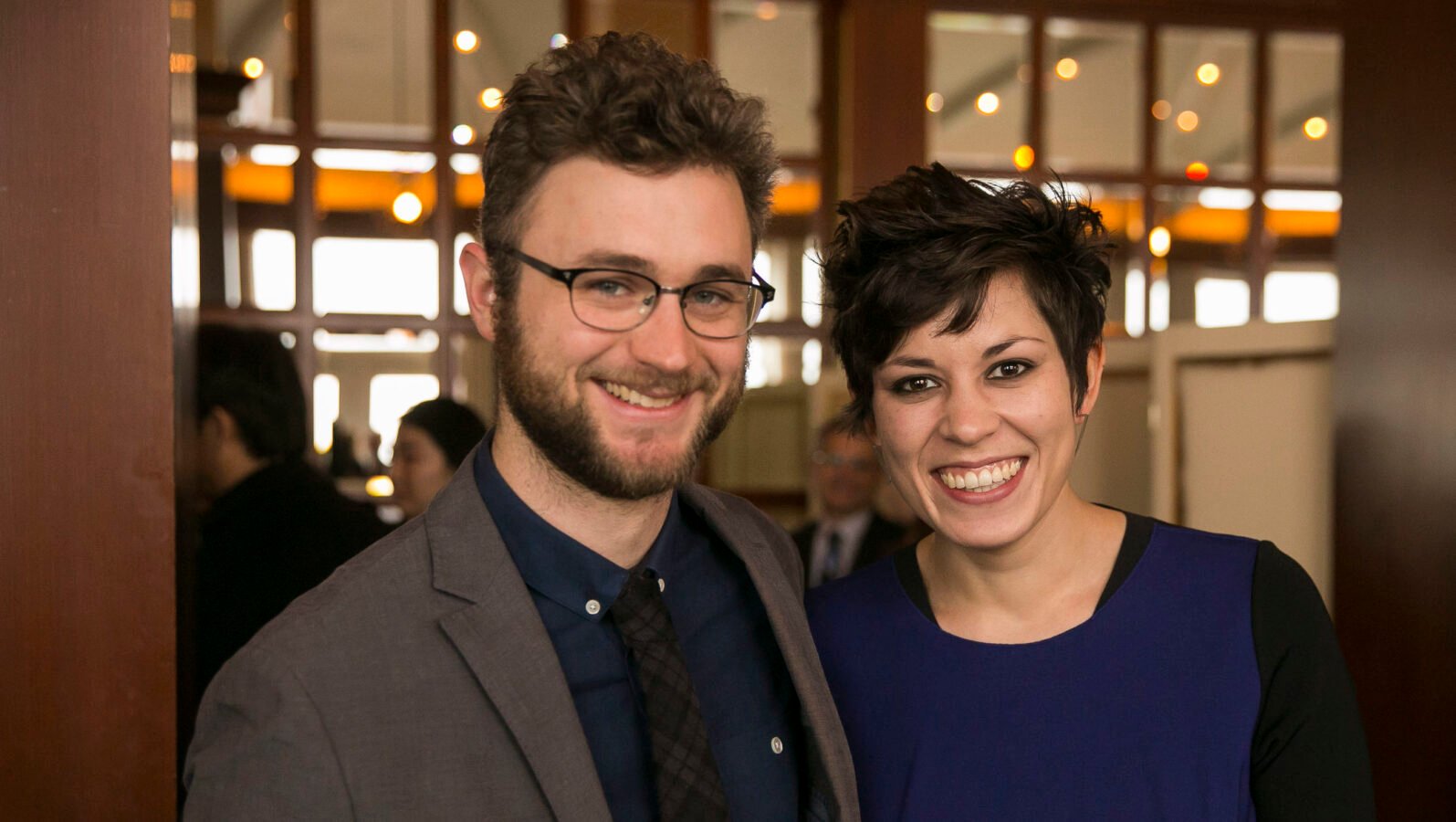 We often think of composers as if they were characters in a 20th century film: sitting by the piano with the busts of Bach and Beethoven looking over their shoulder, waiting for that one idea to magically appear in order to write the next big concerto. As Chicago Symphony Orchestra Mead Composers-in-Residence Samuel Adams and Elizabeth Ogonek recently pointed out, this image, though romantic, is simply not true.

For the past three years, Adams and Ogonek have had the opportunity to compose music for the CSO. The two admitted that while the compositional process can be grueling, they have had unique experiences working with Riccardo Muti and the orchestra, including sharing their works on national tours.

The duo has also been responsible for programming MusicNOW, the CSO's new music concert series. The final concert of MusicNOW's 20th anniversary season takes place on Monday, May 21 at 7:00 pm in Symphony Center. Esa-Pekka Salonen will guest conduct, and Adams and Ogonek will give world premieres of two works.

Adams and Ogonek discuss their compositional processes, give a preview of this final MusicNOW concert, and comment on the state of the new music scene in Chicago in a special program of music and conversation Friday, May 18 at 9:00 pm on WFMT.

Adams and Ogonek also shared some modern and contemporary works that have most inspired them. While we could not fit their Top 10 into an hour-long program, they each shared their playlists with WFMT. Enjoy 20 works that inspire the CSO Mead Composers-in-Residence in celebration of 20 years of MusicNOW. [Jump to playlists]

Ornette Coleman: The Shape of Jazz to Come

Radiohead: "How To Disappear Completely"