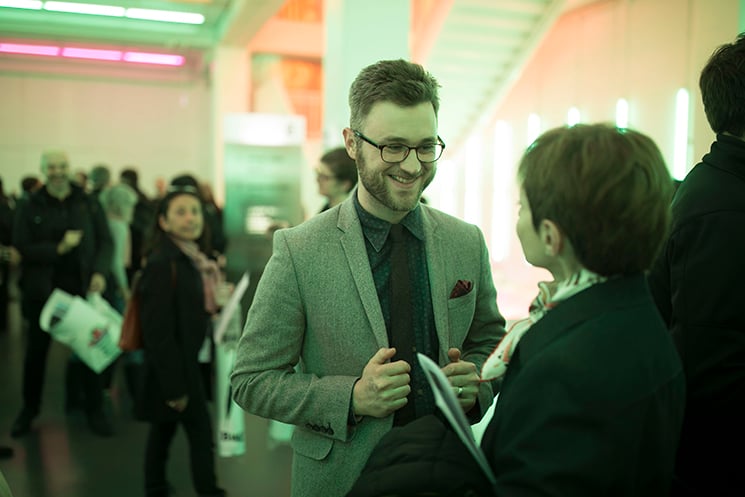 The Chicago Symphony Orchestra recently announced the 2017-18 lineup for its acclaimed series MusicNOW, celebrating 20 years of bringing contemporary music to Chicago. Conductor Esa-Pekka Salonen and composer, pianist, and improviser Vijay Iyer are among the many artists scheduled to appear throughout the season, which is curated by CSO composers in residence Samuel Adams and Elizabeth Ogonek and pays tribute to some of CSO’s composers in residence of years past. 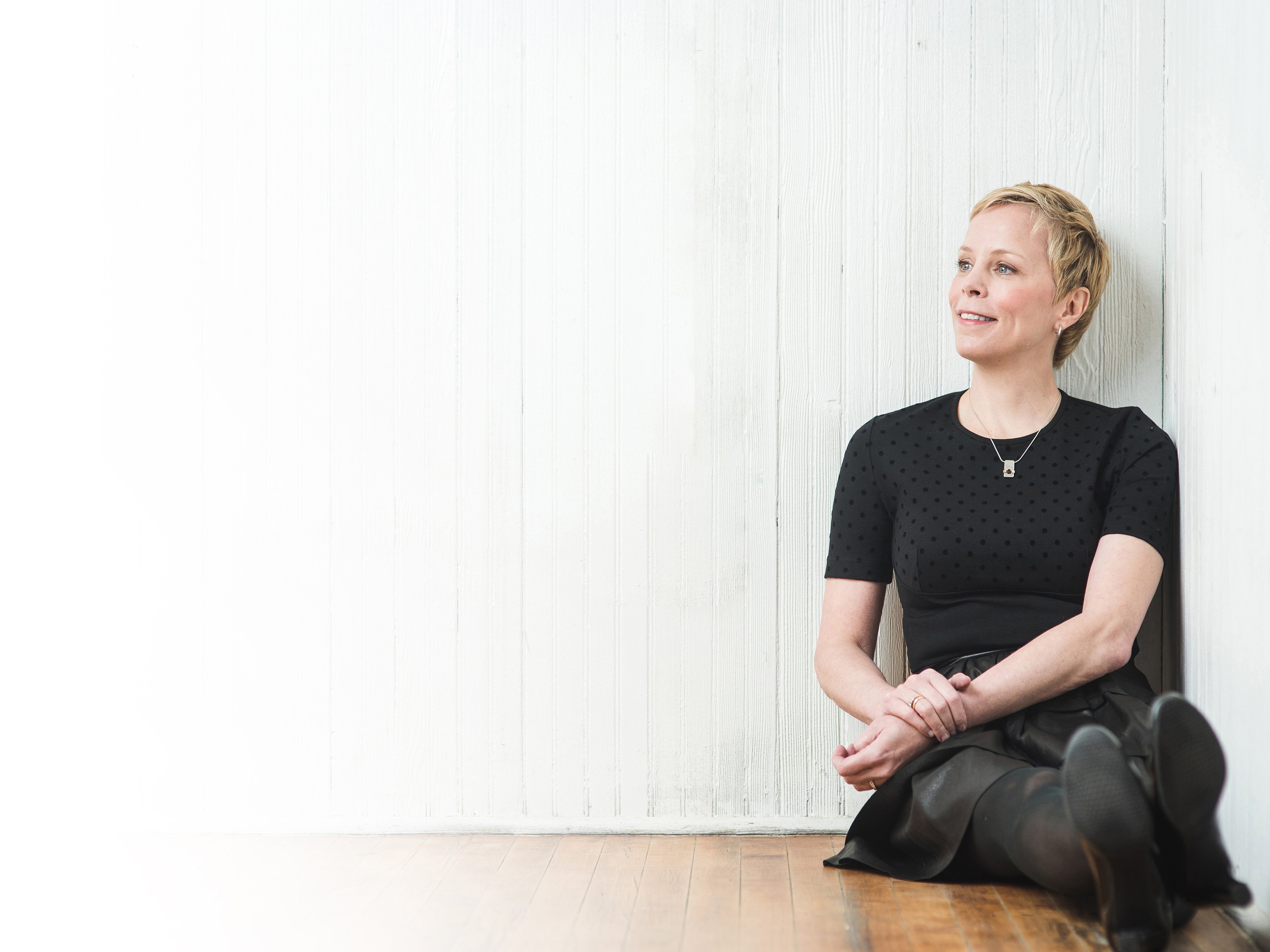 Since its founding in 1998, MusicNOW has put on diverse programming in diverse venues throughout the city. MusicNOW hopes to provide audiences with an “immersive, sonic journey through groundbreaking repertoire.” MusicNOW concerts expose listeners to new works, including world premiere performances, and make approaching new music easy by allowing audience members to engage with performers and composers over food and drink during receptions following concert events. So if you have ever wanted to offer compliments – or criticism – to a composer over a beer, now might be your chance, thanks to MusicNOW.

MusicNOW began when Augusta Read Thomas started her tenure as the Mead Composer in Residence with the Chicago Symphony in 1997. “I had a burning vision that we needed to develop an exemplary, world-class series for the performance of chamber and ensemble music so that, together, we can further music’s flexible, diverse capacity and innate power,” she said in an interview with WFMT.

“Every year,” she said, “I received piles and piles of scores and e-mails and letters from composers, publishers, and agents who wanted me to program their work or artists on the series.” In the initial format for the series, Thomas said she typically “presented four composers on each concert with an ear for programming a broad diversity of styles, languages, syntaxes, aesthetics,” aiming to create a dialogue among all the works presented.

“It was a colossal amount of work, but lots of fun too,” she said. “When one has a far-reaching vision, there are invariably challenges. But I just persevered and tried my utmost to build a gem that would endure.” Thomas added that the musicians of the Chicago Symphony Orchestra “gave me courage,” since they play “music of our time with exceptional virtuosity.”

The series is now curated by current Mead Composers in Residence Samuel Adams and Elizabeth Ogonek. After the final concert in MusicNOW’s 2016-17 season, they spoke with WFMT about the 2017-18 season, which celebrates the 20th anniversary of the series.

Adams said that when preparing for his residency with the CSO, “I got to know a lot of music that I didn’t know before by looking at the kind of programming Augusta Read Thomas planned for MusicNOW, and what Osvaldo Golijov put on with Mark-Anthony Turnage. I got to learn a lot of music by understanding their approach to curation.” 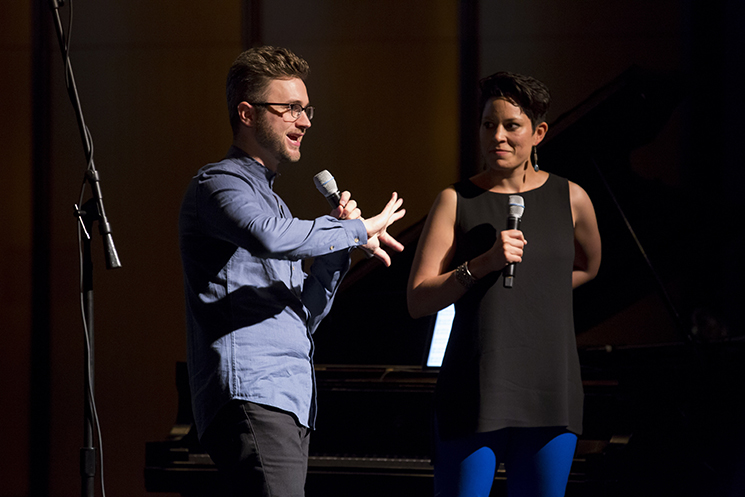 MusicNOW kicks off its season in October with a retrospective of works by former CSO composers in residence Augusta Read Thomas, Mark-Anthony Turnage, Osvaldo Golijov, and Anna Clyne. Led by MusicNOW principal conductor Cliff Colnot, the event takes place at the Harris Theater for Music and Dance.

In November, MusicNOW presents pianist and composer Vijay Iyer at the Harris Theater. “The composer-performer is having a kind of resurgence right now,” Adams said, “and I’m really thrilled about the Vijay Iyer concert. He is an artist who defies categorization and cannot be pigeonholed.” Recently, Iyer spoke with WFMT about why he doesn’t like the word “jazz.” 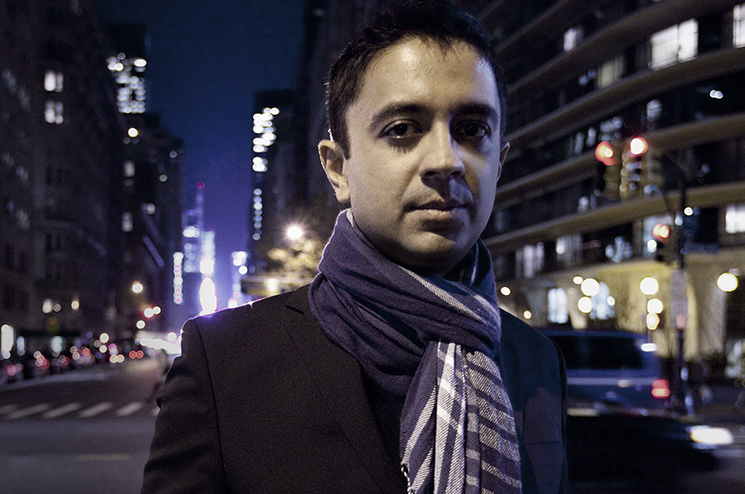 MusicNOW has commissioned a world-premiere theatrical work, Amy Beth Kirsten’s Savior, to be presented in April 2018 at the Harris Theater. This evening-length work explores Joan of Arc’s life and death. Ogonek described Kirsten as, “a wonderfully imaginative composer, and wonderfully imaginative about sound in specific spaces.”

MusicNOW’s 20th anniversary season concludes with a program led by guest conductor Esa-Pekka Salonen at the Symphony Center in May 2018. Salonen led some of the first MusicNOW concerts organized by Augusta Read Thomas, joining a roster of conductors that includes Daniel Barenboim, Pierre Boulez, and Oliver Knussen.

“Contemporary music is so diverse and vast and multifaceted,” Adams mused. “The most interesting part, for me, of MusicNOW is figuring out how to harness as many different ways of making music as possible and as many different artists.”

Grammys 2022: See All the Classical+ Nominees (And Winners)
Decade in Review: The 2010s and Classical Music
10 Woman Conductors You Should Know
CSO Announces Winter/Spring 2022 Concerts
In Their Own Words: Inspiring Quotes From Classical Artists, Members of the Arts Community, and Colleagues Who Died in 2021
2021 Grammys: Classical Music Nominees and Winners