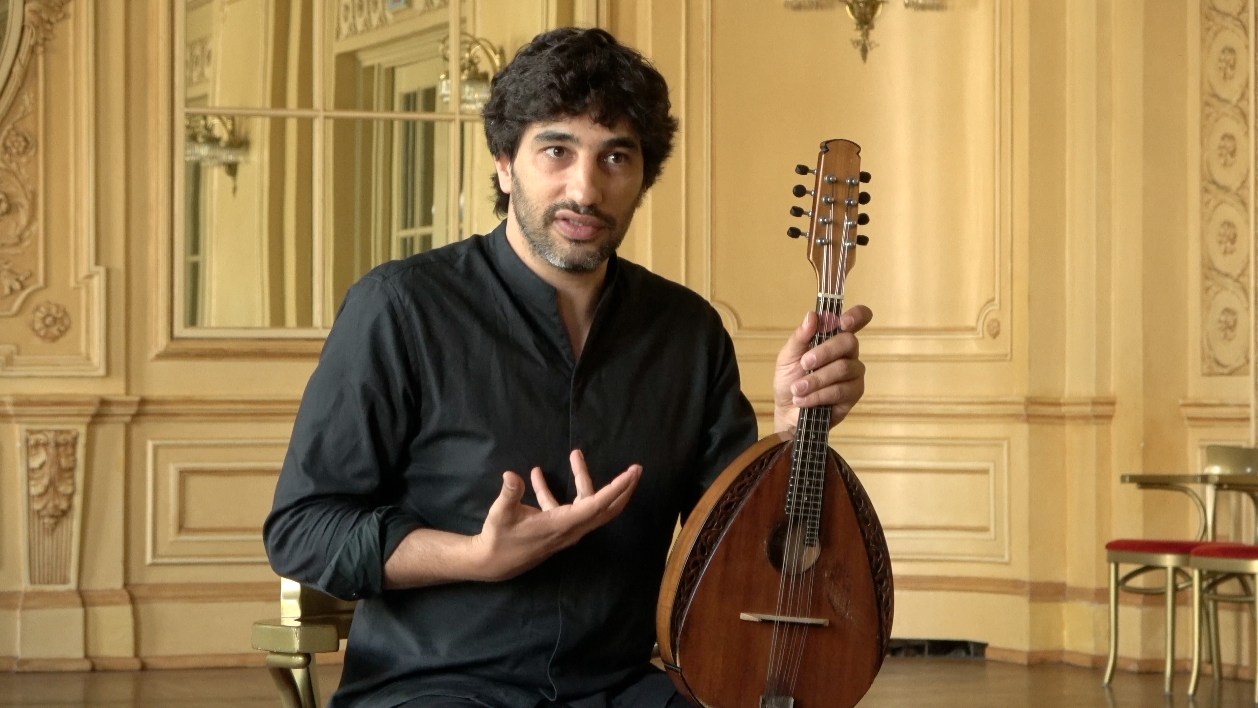 Despite being one of the world’s most acclaimed mandolin players, Avi Avital did not study mandolin with a mandolin player until he was 23 years old. As a boy growing up in Be'er Sheva, Israel, Avital joined a local youth mandolin orchestra. “Our teacher was a violinist coming from St. Petersburg, Russia to Be'er Sheva in the 1970s,” Avital said. “He applied for a job as a violin professor in the local conservatory and they told him, ‘Unfortunately, the job is taken already and we don’t need another violin professor. But we have thirty-something mandolins in the basement and you can start an orchestra if you want.’ For him, it was either that or find another job or move to another city.”

“He said: ‘Ok, I’ll give it a try.’ And although he knew a little about how to play the mandolin, he was really a violinist. Nevertheless, he started this orchestra that I joined as a kid, and he was my teacher. It was amazing because it was the greatest luck that I had been taught mandolin by a violin professor.”

Avital later entered the Jerusalem Academy of Music where, still, his instructors were violinists. “There were no mandolin teachers in Israel. So I played the entire violin repertoire on a mandolin,” he said. “Nevertheless, I found myself calling myself a professional mandolin player only playing violin repertoire. I found it a bit weird, and felt like there was a piece of the puzzle missing.”

It was not until he enrolled in Cesare Pollini Conservatory of Music in Padua, Italy that he began to study mandolin with a mandolin player. “Interestingly enough, I discovered that there isn’t much amazing repertoire written for the mandolin. In fact there’s a serious gap from the baroque to the present of composers literally ignoring the mandolin, even though it was quite popular as an amateur instrument.”

Avital has, instead, helped to expand the repertoire by creating new arrangements for mandolin as well as commissioning new works. Of course, he has also played the beloved classics – and on some of the world’s greatest stages. In 2014, he made his Carnegie Hall debut.

After rehearsing with the Chicago Symphony Orchestra for performances together June 7 – 9, 2018, Avital took time to share more about the mandolin and what makes his particular instrument so special. He also gives a little taste of the giga from Bach's Partita No. 2 In D Minor, BWV 1004 - which he played from a facsimile copy of Bach's original manuscript score. Vital said seeing Bach's own handwriting "provides a lot of information" that you don't get from modern editions.

Avi Avital visited the WFMT studios during one of his last trips to Chicago for a live concert and conversation on Impromptu. Hear him play the entire Bach Partita in D minor anytime online, along with music by Bloch and Vivaldi.