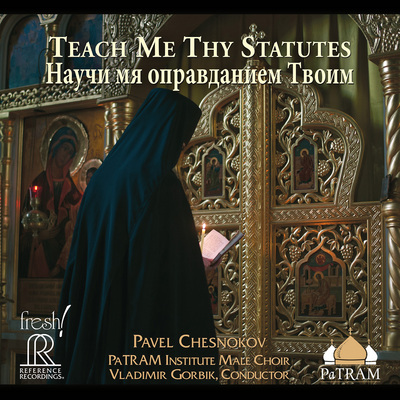 Russian sacred music constitutes an entirely unique aspect of Russian and world musical culture. Among the composers whose musical legacy has become an integral part of the Russian Orthodox Church’s liturgical life is Pavel Chesnokov (1877-1944). He belongs to the so-called “new direction” of Moscow composers, a school of church composition that arose in the late 19th-early 20th centuries within the walls of the Moscow Synodal School of Church Singing. “Teach Me Thy Statutes” is a new album of works by Chesnokov performed by the PaTRAM Institute Male Choir, a professional group which is a collaboration of Russian and American singers.