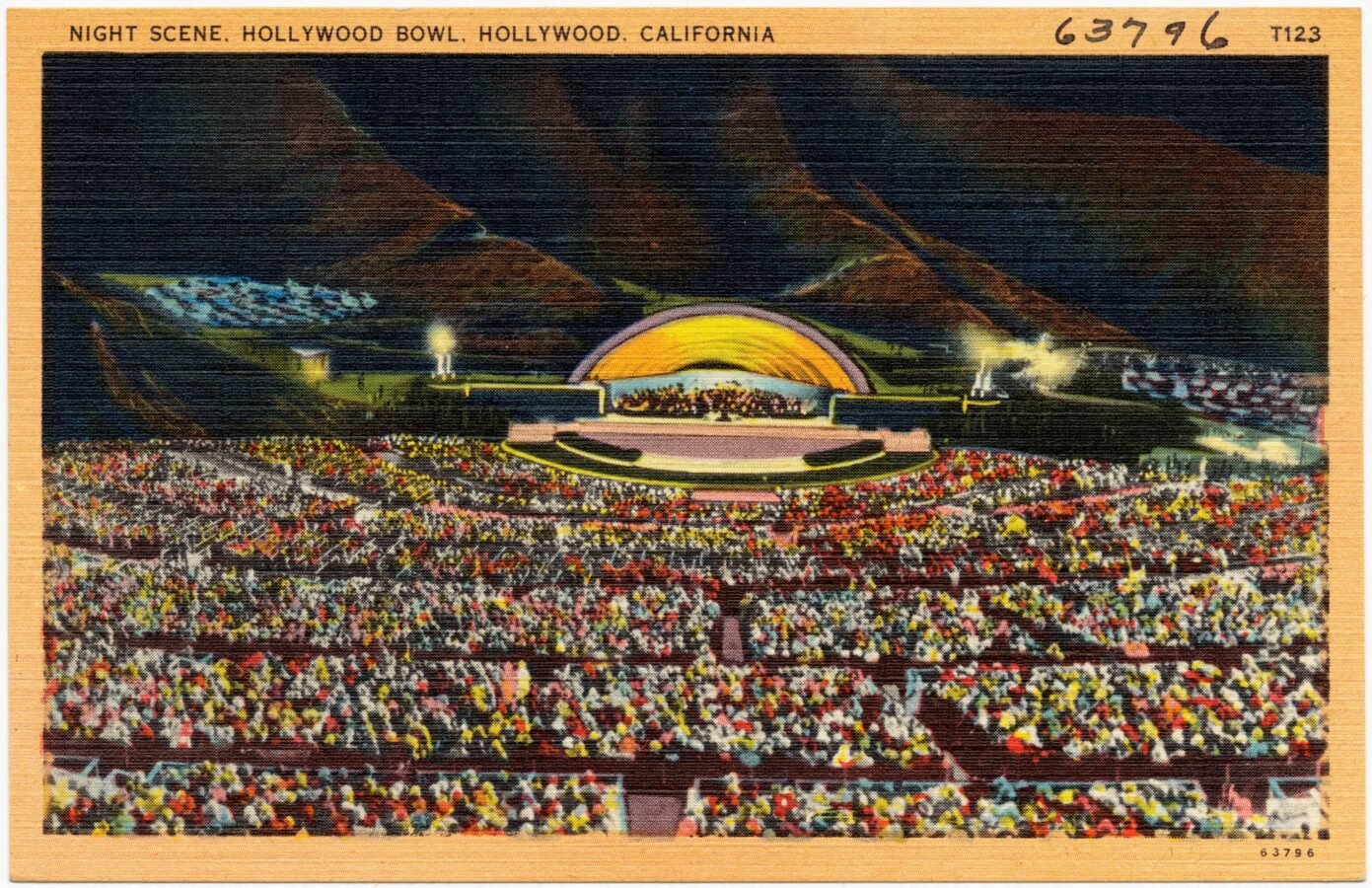 Ever since its founding, the United States of America has been a melting pot of peoples. According to the Pew Research Center, more than 41 million immigrants lived in the U.S. as of 2013. One of the nation’s largest immigration waves came between 1880 and 1920, when more than 20 million people arrived on American shores. Following the Great Depression and World War II, the foreign-born population in the U.S. actually decreased from 11.6% to 6.9% percent of the total population, according to the U.S. Census Bureau. Yet during this period, some also came to the U.S. because of the war, including several notable composers. Here are 6 composers who came to the United States and called Los Angeles their home.

German-born composer Franz Waxman came to Los Angeles at 28 to adapt the musical Music in the Air for the silver screen for Fox studios. Though he did not create music for this movie, he would go on to compose scores for 144 Hollywood films during his career. Among his most notable films are Sunset Boulevard (1950) and A Place in the Sun (1951), which both received Academy Awards. Today he is remembered primarily for his Carmen Fantasie, a concert work for violin, but Waxman’s enormous cultural contributions to Los Angeles should not go unnoticed. He founded the Los Angeles Music Festival, which championed living composers and raised awareness about music in the city.

Otto Klemperer was a Jewish German-born conductor and composer. He was internationally celebrated and had held positions with several major German orchestras before the rise of the Nazi Party forced him to leave the country. He arrived in Los Angeles in 1933 to serve as music director of the Los Angeles Philharmonic. Although he was well-loved and enjoyed something of a local celebrity status, Klemperer had trouble adjusting to life in Southern Californian. On top of this, he experienced manic episodes and in 1939 was diagnosed with a brain tumor. He was partially paralyzed during surgery, and went into a depressive state and lost his post at the Philharmonic. Still, he is credited with reviving interest in classical music, which had waned during the Great Depression, and attracting many European musicians to Los Angeles.

Russian émigré Igor Stravinsky may be the best known of the European musicians who made Los Angeles their home. Shortly after the outbreak of World War II, Stravinsky escaped to America and attempted to establish contracts with MGM and Disney. He spent three decades based in Los Angeles, but was ultimately disillusioned by the atmosphere of the industry and frequently found himself in disputes with studios over the misuse of his music. Stravinsky did, however, develop a close companionship with choreographer George Balanchine, and their collaboration resulted in a significant body of new work for the ballet repertory.

Jewish-Austrian composer Arnold Schoenberg is often described as the “father of modern music.” Best known as the pioneer of the twelve-tone compositional technique, he came to America in 1933 to escape the rise of the Nazis. After spending a short period of time teaching in Boston, he moved to Los Angeles in search of a higher salary. While he found success as a professor at both University of Southern California and University of California, Los Angeles, he wasn’t quite as successful as a composer. His works were unpopular among musicians and often ignored by the press. Most of his music, with the exceptions of Verklärte Nacht and Pierrot Lunaire, was not recorded by major labels until after his death.

Russian-born Jascha Heifetz is considered by many as one of the greatest violinist of all time. He first came to America in 1917 and gave a wildly successful concert at Carnegie Hall the same year. He became a naturalized US citizen in 1925, and continued to perform around the world. Heifetz taught at both University of Southern California and University of California, Los Angeles, and he developed a longstanding musical relationship with fellow faculty member and cellist Gregor Piatigorsky. Together, they presented an impressive number of recitals and, for a period, joined forces with celebrated pianist Artur Rubinstein to form what audiences called the “Million Dollar Trio.”

Born in present-day Czechia, Erich Wolfgang Korngold quickly became famous throughout Europe as a child prodigy. When he arrived in Los Angeles in 1934, fleeing anti-Semitism in his homeland, his international reputation as a popular composer preceded him. His first film score, for Max Reinhardt’s A Midsummer Night’s Dream (1935), was positively received, and was the beginning of an illustrious 20-year career. He wrote 15 more scores and won two Oscars; one for Anthony Adverse (1936) and one The Adventures of Robin Hood (1938). Though Korngold composed string quartets, symphonies, and concertos, these works were often dismissed because he was considered merely a “picture composer.” Today, Korngold’s concert works are receiving long-overdue recognition, and he is considered one of the finest film composers of all time.