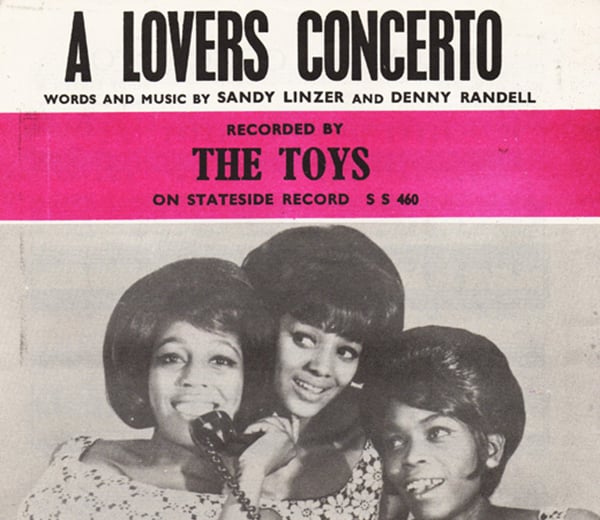 Bach’s Minuet in G major from the Notebooks for Anna Magdalena Bach is famous enough today that you may have even had it as your cell phone ring tone. The piece is so simple and elegant that it’s often one of the first pieces musicians learn to play at the keyboard, though it can be easily arranged for any instrument or ensemble.

One of the most famous arrangements of this Minuet was recorded by the Toys, a girl group from Jamaica, New York, as “A Lover’s Concerto.” The song was a #1 single in the US and reached #5 on the UK Global charts. Its total sales exceeded two million copies. Later, it was famously covered by the Supremes and Sarah Vaughan, as well as by other musicians in Spanish, German, Finnish, Japanese, and Italian.

Sandy Linzer and Denny Randell gave Bach’s Minuet a Motown makeover in 1965. Technically, the piece was recorded by DynoVoice Records, not Motown. However, it still incorporates many musical elements of the sound that made Motown Records famous.

But, how did the Linzer, Randell, and the Toys transform this well-known classical work into an American pop classic? The answer is, primarily, in the time signature. Minuets are always in a triple meter, and so is this famous piece by Bach.

However, if the song were set to this meter, the lyrics would sound awkward. If you try singing the opening lyric to the song (“How gentle is the rain / that falls softly on the meadow?”) in the original meter, you’ll understand what kind of problems arise very quickly!

Linzer and Randell decided to arrange the melody in common time. In this time signature, the arrangers simply extend the notes that fall on the first beat of every measure by one beat, and made other minor rhythmic adjustments, as you can see below.

The opening measures of the Minuet in G

Of course, in addition to changing the rhythms and meter of the original Minuet, the arrangers have scored “A Lover’s Concerto” for a band and three voices. Bach could’ve easily expanded the piece for a chamber ensemble and voices himself. What holds everything together is the simple harmonic structure, which allows the composer or arranger to add an infinite number of parts, and the melody.

But the changes don’t stop there. It wouldn’t be a pop song unless there were one half-step key change at least. In compositions from Bach’s time, if a composer is working in a major key, they’d likely modulate to new keys somewhere throughout the piece. Though typically, the composer will modulate to keys around the “circle of fifths.” So, in the Minuet in G, if Bach were to add a modulation, the piece would probably move from G major to D major, the key five notes away (G-A-B-C-D), though one key away on the “circle of fifths.”

The modulation to C major happens at 0:51 in the YouTube clip above. Then, the piece has three half-step modulations, which have the effect of literally kicking the piece up a notch, and of intensifying the emotional quality. At 1:24,  “A Lover’s Concerto” moves from C major to C# major. Then a 2:12, it moves from C# major to D major. The song finally ends in D# major, with the modulation from D major happening around 2:29 in the clip above.

So, Bach’s famous Minuet in G got a makeover in several stages. First, the arrangers changed the time signature. Then, they orchestrated it for an expanded ensemble. Finally, they added some half-step key changes.

Curiously, though we know the Minuet in G as Bach’s, musicologists now believe the piece is not by Bach at all but by Christian Petzold. The notebooks he created for his wife had original works as well as pieces by his contemporaries like Petzold, François Couperin, and Georg Böhm. But, today, it’s popularly known as Bach’s Minuet in G. 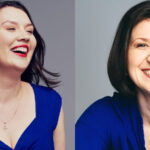