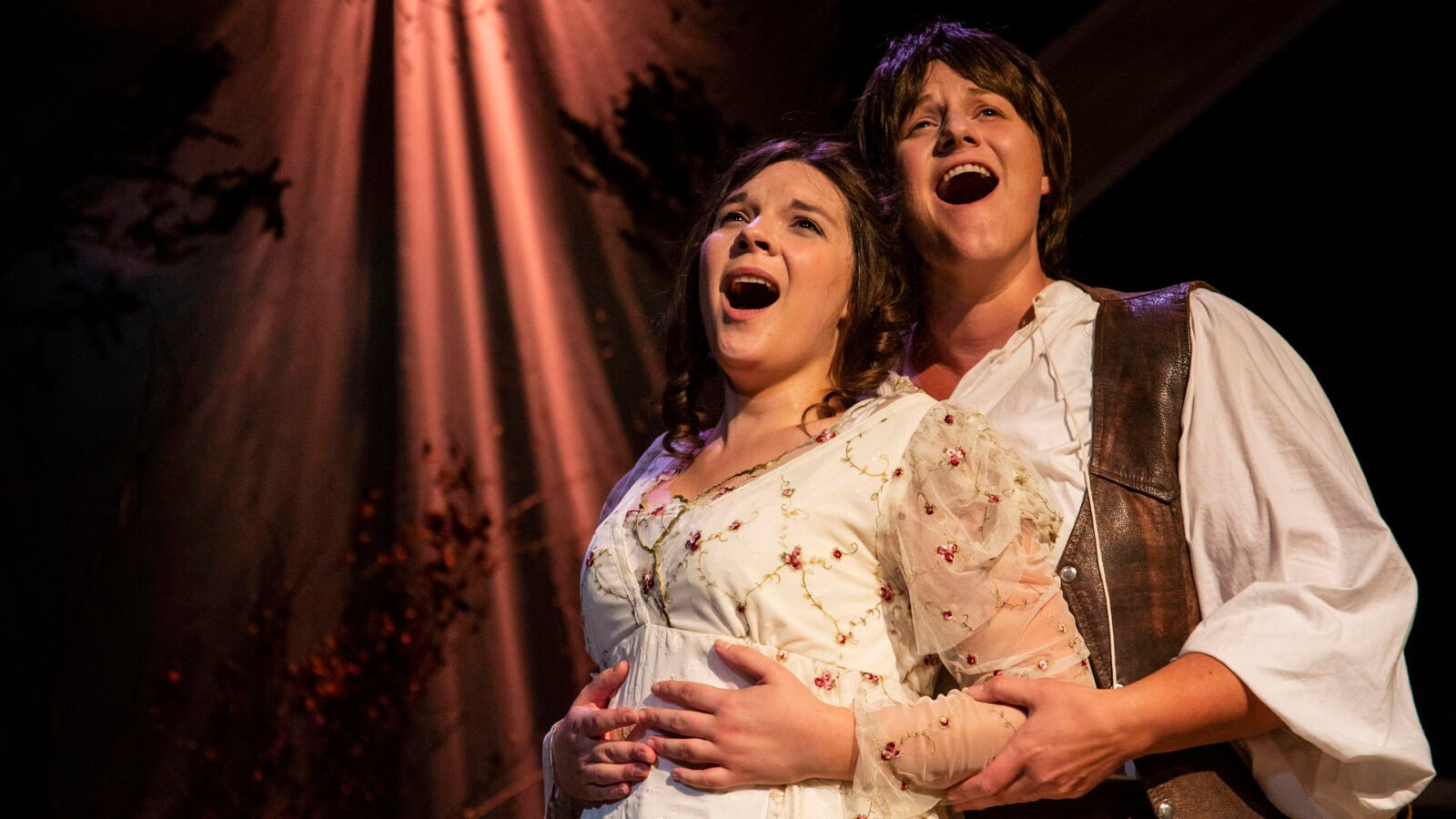 The things we do for love. We send flowers. We write operas. We pine silently from afar. We make mixtapes. Wait--we write operas? Well, if we're Wende Persons, then infatuation can inspire creation.

“I had a terrible crush on a soprano,” confided Persons, who was in town to see Third Eye Theatre Ensemble’s production of Patience & Sarah, for which Persons wrote the libretto. Persons continued, “There was one point where we were talking and she said, ‘[Y]ou know, I never get to sing who I really am, as a lesbian. I’m always jumping off some port for some man.… Wouldn’t Patience and Sarah make a lovely opera?’ And she was sitting at a keyboard and she just started playing and making up little melodies and things, and I thought that was a great idea, and I could really impress her.”

The creation of an opera can be an opera in itself. Persons wrote the first draft of the libretto in about three weeks, and sent it to the soprano. The singer, whom Persons had hoped would be impressed, was not. Persons put the libretto in a drawer for about 10 years, until she met composer Paula Kimper. After they had been dating for a while, Persons approached Kimper with the idea of writing music to the libretto. But Kimper wanted to be known as a composer, not as a lesbian composer. So back in the drawer went the libretto.

A few more years pass, and Persons and Kimper, now a couple, attended Wagner’s Ring Cycle at New York’s Metropolitan Opera. Persons remembers her partner wondering where she belonged in the world of music. “She looked down at the music stands and thought, ‘[W]ell, maybe I’m supposed to write an opera.'" Later that night, Kimper asked Persons if she could take another look at that libretto for Patience & Sarah. But Kimper did have one stipulation: she wasn’t going to write a single note until they’d secured the rights to the novel. The novel Patience and Sarah was first self-published in 1969 under the title A Place for Us by Isabel Miller, pen name of Alma Routsong. Set in early 19th century Connecticut, the novel explores boundaries at every level of society, and the difficulty in negotiating them: from religion, to socio-economic differences, and especially a woman’s place in society; her desires and the ability to follow them. In Jonathan Katz’s 1976 book Gay American History: Lesbians and Gay Men in the U.S.A., Routsong related going to a feminist conference at Barnard College in the spring of 1971. “Kate Millet spoke, and women were milling around at the edge of the stage afterward. I went up with my shopping bag full of [self-published] books, and a woman bought one from me. I didn't know who she was, except that she was a friend of Charlotte Sheedy, who was then a freelance manuscript scout. And that evening Charlotte Sheedy said to this woman who had bought my book, ‘Oh, if I only could find a good lesbian novel. I think the time has come.’ And the woman said, ‘I bought one today up at Barnard.’ Charlotte Sheedy was right; the time had come.”

McGraw-Hill bought and published Patience and Sarah, which quickly became a cult classic.

In the process of securing the rights to the novel, Persons and Kimper were somewhat taken aback at Sheedy’s asking price of $25,000. After explaining the economics of producing an opera, especially an independent one, they agreed on a price “with a lot fewer zeros.” But there was a caveat: the opera had to be presented within a certain time frame or the rights would revert to the author. This would be neither the first nor the last time that artistic inspiration, by its very nature mercurial, would be tested by a deadline.

Part of Person’s and Kimper’s research included a visit to meet Isabel Miller, the author of the book. Wende recalls the trip to Poughkeepsie, about 85 miles north of New York City. “She did not live to see the premiere, and she was not able to come down [to NYC] to see the workshop production of 1996, but Paula and I brought her a videotape of the production. In her dining room," Persons recalled, "she had a portative organ and on top of the organ, just tons of hymnals. In the novel, Parson Peel and Sarah sing 'Bound for the Kingdom' together. I’m a good Presbyterian, but I didn’t know the words or the tune or anything. So we asked her if she had 'Bound for the Kingdom.' And she said, 'I want to hear the one you write.'"

Watch a performance of "Bound for the Kingdom" from Patience & Sarah below (featuring Liana Gineitis as Sarah, Stephen Hobe as Parson Peel; Scott Lindgren, videographer).

When asked about the process of adapting a work from its original novel form into an opera, Persons said that adding the music has to make it a better story and a better piece. “I love the novel Patience and Sarah, I hope we’ve taken it to a different place and a different level.… I feel silly sometimes saying I wrote this. I adapted this novel. The only thing I want to see in opera is a good story. The other “only thing “ I want in opera is GREAT music. I love how Paula writes for the voice; the words just soar.... and that’s an example of how taking a novel and setting it to music brings it to a new level. That’s Paula’s unique contribution." 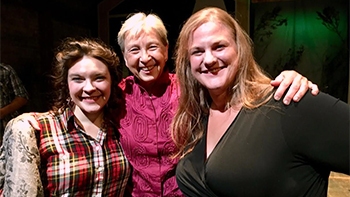 2018 marks the twentieth anniversary of Patience & Sarah’s premiere at the Lincoln Center Festival. Since then, it’s received a number of full productions, including one by Opera Colorado in Denver, as well as an off-Broadway revival at the Players Theater in June 2016. More frequently, people include excerpts in opera scenes programs, such as the apprentice program at Chautauqua.

Persons noted that with the 50th anniversary of the Stonewall uprising of June 28, 1969 approaching next year, there will be multiple stagings happening in New York City. This includes a full production by the Hunter College opera program in May 2019 in association with the original producers of the opera, American Opera Projects.

Persons gets real pleasure in seeing the many ways Patience & Sarah is interpreted and presented. “It’s really fun to see what people bring to it each time. That’s one of the greatest joys for me, to see what each person brings to the role and how their interaction is.”