The history of music is full of friendships and feuds. The composers below certainly had complicated relationships. What are your favorite composer clashes? Tell us in the comments. 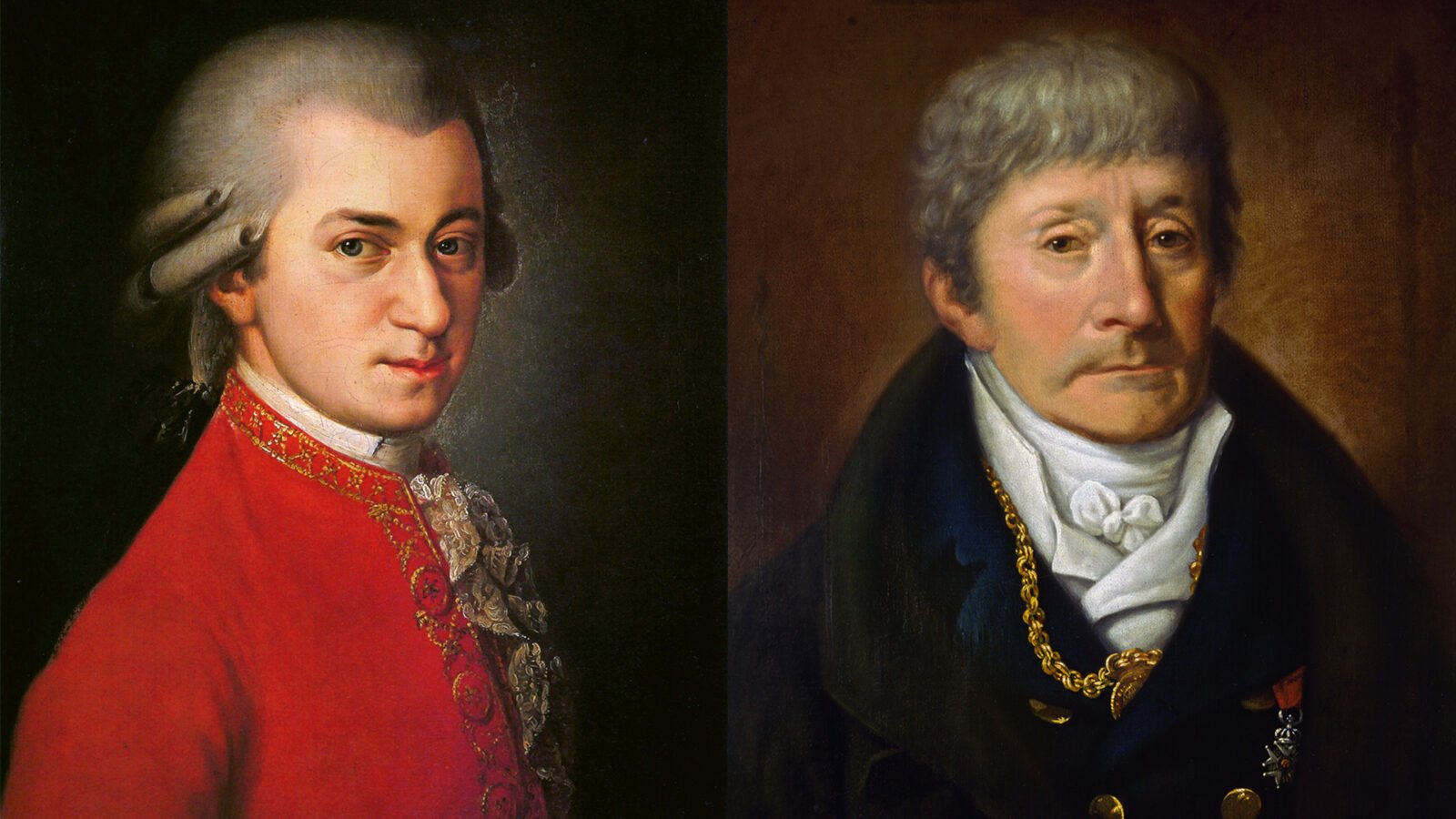 The rivalry between Wolfgang Amadeus Mozart and Antonio Salieri is the most famous composer feud that never was . . . right? Well, sort of. There was some one-sided professional tension between the two.According to surviving letters, it seems as though Wolfgang was more jealous of Salieri, rather than the other way around (despite what Peter Shaffer may have us believe). Wolfgang and helicopter-parent Leopold bitterly complained of “cabals” of Italian court composers attempting to thwart Wolfgang’s career, singling out Salieri. But Mozart and his father may have been looking for a scapegoat to explain why Mozart wasn’t as successful as he had hoped during certain moments of his career.

Certainly, in cutthroat Vienna, Mozart and Salieri were competitors. But with regard to their “feud,” we must remember this: if Salieri had any sort of ill-feeling for Mozart, we have no record of it. Interestingly, towards the end of his life, even Wolfgang himself noted that Salieri was one of his most enthusiastic supporters. The recent discovery of a cantata they co-composed, Per la ricuperata salute di Ophelia, proves that they set aside any differences they may have had, at least long enough to finish the project and collect their fees! 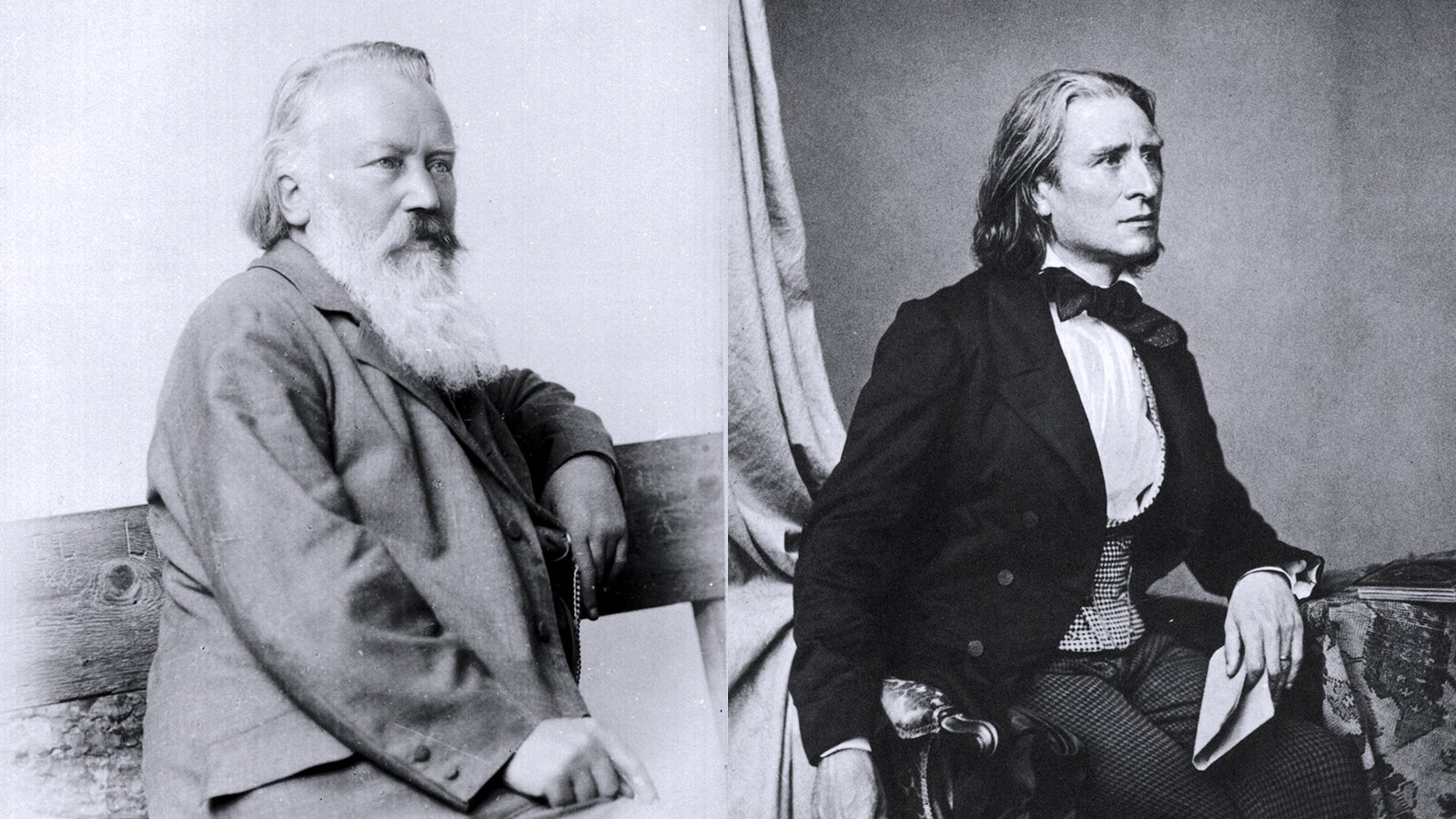 The aesthetic clash between Franz Liszt and Johannes Brahms cleaved the nineteenth-century musical establishment in two. In Brahms’ Leipzig Conservatoire-based camp, traditional symphonists descended from Mozart and Haydn. In Lizst’s “New German School” (Neudeutsche Schule), musical innovators incorporated daring harmonies and evocative programs. Both groups took up Beethoven as their patron saint. For the former, Beethoven’s music represented formal, classical structures. While for the later, his music was admired for blazing new trails using adventurous harmony as the guiding compass.

Brahms and Liszt’s feud transcended mere ideology. Records indicate that the men had little respect for one another personally. Brahms is said to have fallen asleep during Liszt’s premiere of his Piano Sonata in B minor. The feeling was mutual, as Liszt mostly found Brahms’ music “hygienic, but unexciting.” 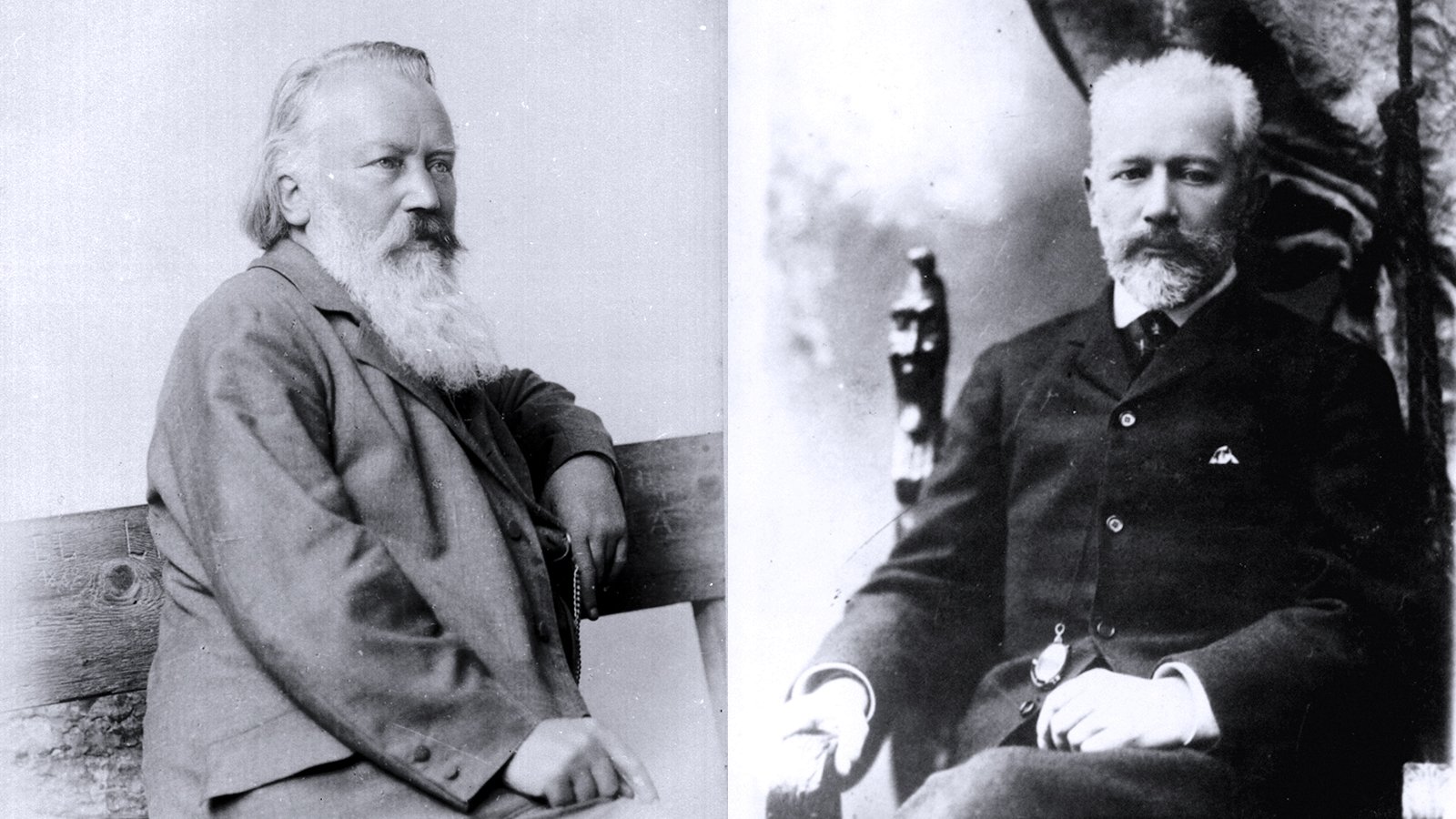 Tchaikovsky may have spun some of the sweetest melodies of all time. But during his life, he was also known for sour criticism when it came to his colleagues’ music. Tchaikovsky called Brahms “a giftless bastard” and a “conceited mediocrity [that] is regarded as a genius.” (For his part, Brahms never reached the same levels of enmity, though he didn’t care for Tchaikovsky’s music, falling asleep at the premiere of his Fifth Symphony.) In an 1878 letter to his patroness, Tchaikovsky’s contempt of Brahms hits a new high: “What would I say to [Brahms]? . . . I would have to tell him this: ‘Herr Brahms! I consider you to be a very untalented person, full of pretensions but utterly devoid of creative inspiration. I rate you very poorly and indeed I simply look down upon you.’”

Of course, when the two actually met ten years later, at the violinist Adolph Brodsky’s house in Leipzig, Tchaikovsky said none of these things. Instead, he politely listened as Brahms, Brodsky, and the cellist Julius Klengel rehearsed Brahms’ recently-completed Piano Trio No. 3. Tchaikovsky didn’t care for the piece, but against his expectations, he found Brahms himself rather endearing. After this meeting, some tension eased, though they were never bosom buddies. At the very least, after their meeting, Tchaikovsky never attacked Brahms with the same ad hominem vitriol in his letters or diaries, glad to have learned that Brahms was not the pretentious celebrity he’d imagined him to be. 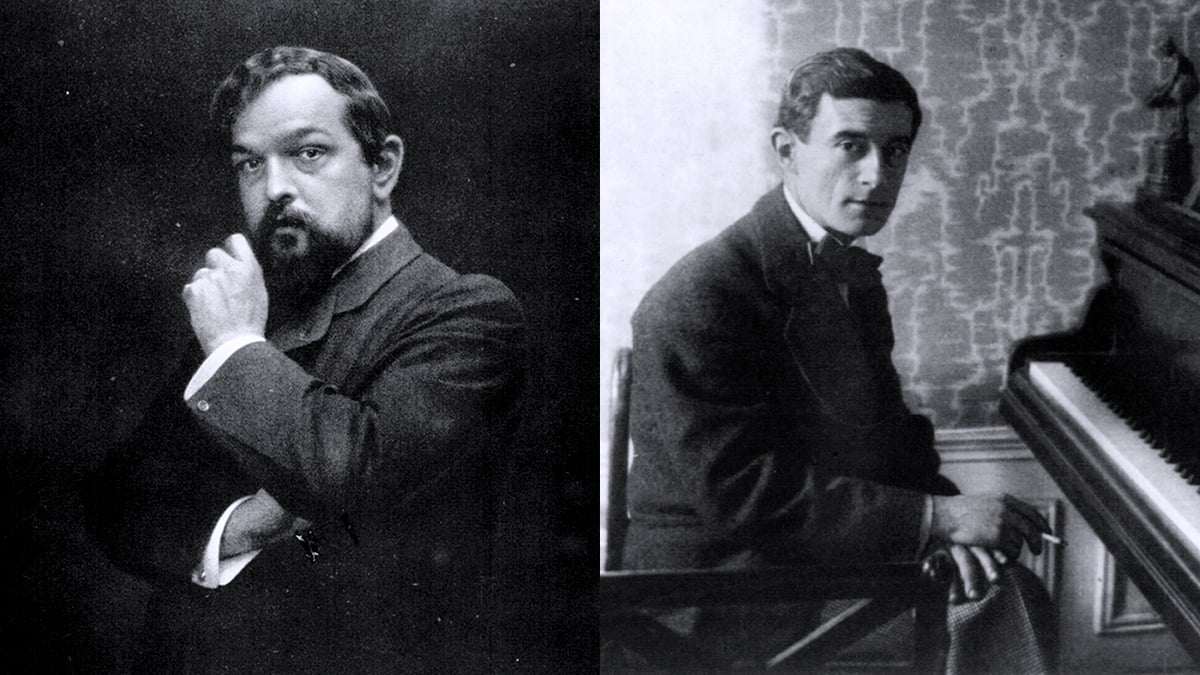 Claude Debussy and Maurice Ravel knew each other. Debussy, who was older and more established, mentored Ravel. But as Ravel’s star rose, their relationship became strained, in part for reasons outside their control. Audiences debated whether Debussy influenced Ravel, or if the tables had been turned and mentor had become mentee. The subject was so divisive in France’s musical community that people nearly came to blows over it.

In the first decade of the twentieth century, the composers’ friendship ended, with little clear indication as to why or how. We know that Debussy was offended when Ravel ignored his advice to leave his String Quartet unchanged (Ravel instead implemented the changes recommended by his teacher, Gabriel Fauré).We also know that Ravel provided financial support to Debussy’s wife after he deserted her for his mistress. Ravel himself didn’t quite understand the rift, but noted, ”it’s probably better for us, after all, to be on frigid terms for illogical reasons.” 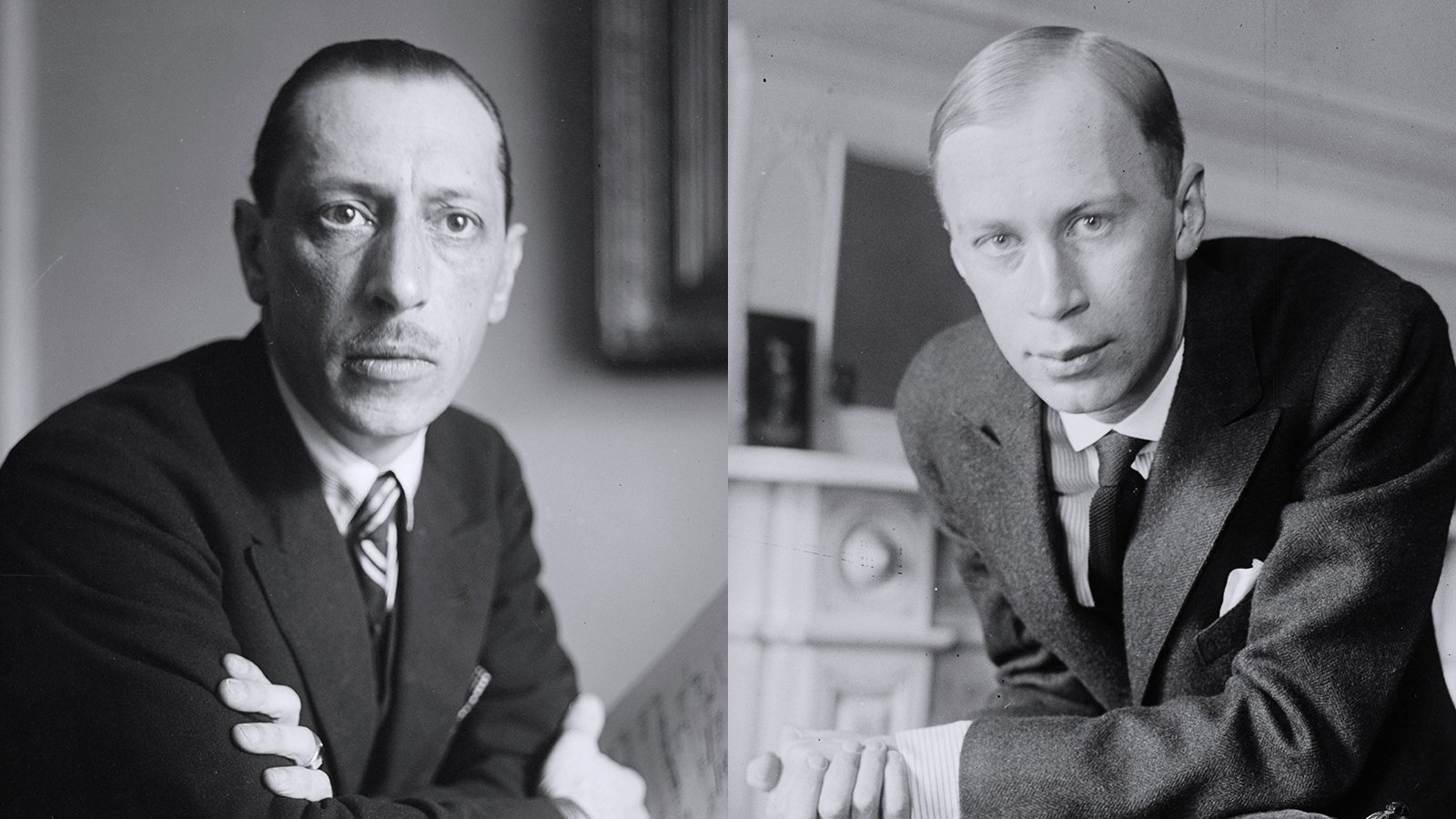 Sergei Prokofiev and Igor Stravinsky’s relationship is hard to pin down. The men were cordial, and Prokofiev was no doubt influenced by the older Stravinsky. But professional envy and animosity largely soiled their interactions. Prokofiev once offended Stravinsky by telling him there was “no music” in the opening to his 1910 ballet Firebird. They jockeyed over the support of collaborators like Sergei Diaghilev (who mostly sided with Stravinsky).

Perhaps their most explosive clash came with Prokofiev’s opera The Love for Three Oranges. After the opera’s world premiere in Chicago, Prokofiev played the vocal score for Diaghilev and Stravinsky in June 1922 in Paris. Stravinsky hated it, retorting that Prokofiev was “wasting time composing operas.” Prokofiev retorted that Stravinsky “was in no position to lay down a general artistic direction, since he is himself not immune to error,” at which Stravinsky became “incandescent with rage.”

“We almost came to blows and were separated only with difficulty,” Prokofiev later recalled of the 1922 spat. “Our relations became strained and for several years Stravinsky’s attitude towards me was critical.” 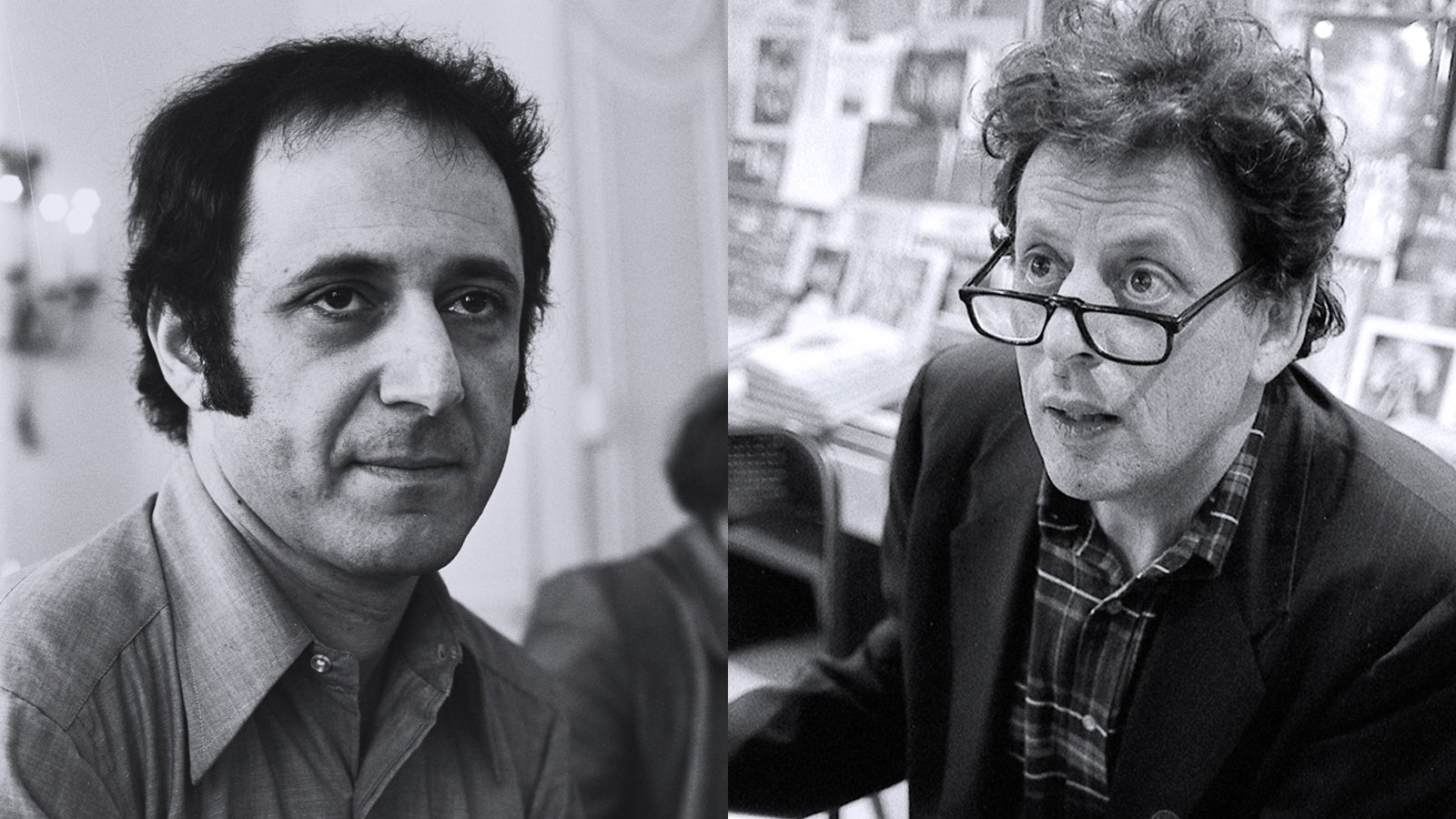 Steve Reich and Philip Glass are both pioneers of musical minimalism, were members of the same Juilliard class, and were even born within a months of one another. As a result of their shared background and aesthetics, the two were close collaborators early in their careers, after they reconvened in New York City. But in 1971, their relationship soured. People who knew the two claim that egos and fame were at stake for the young then-unknowns. Accusations of musical plagiarism were flung, and Glass’s decision to rescind Two Pages’s dedication to Reich proved to be the final straw.

The two wouldn’t speak or appear together for nearly 40 years, a state of affairs happily reversed recently. Both composers spoke at a 2012 event honoring the Kronos Quartet’s 40th anniversary, during which Reich found that “[they] got along just fine.” Two years later, they reunited to give a joint performance at the Brooklyn Academy of Music.

“People make a big thing about how [our relationship] was competitive,” Glass later said in a 2014 interview for the Wall Street Journal. “That’s always true, but that shouldn’t be taken out of the context of a music world which is by nature like that. It’s difficult for everybody.”