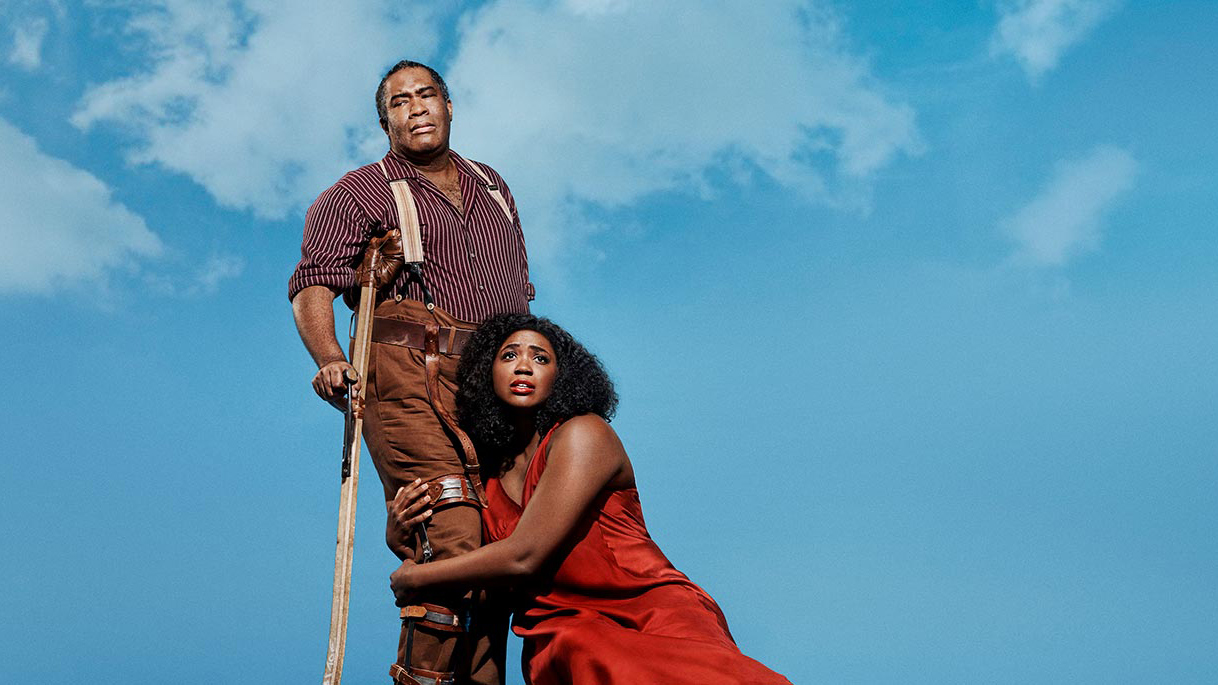 NEW YORK (AP) — The Metropolitan Opera will hire an all-black outside chorus next season for its first presentation in nearly three decades of the Gershwins’ Porgy and Bess, which opens the season on September 23.

Performances of Porgy and Bess, which premiered in 1935, are licensed by the Gershwin family, which specifies an all-black cast.

“Certainly it’s more complicated, but it’s worth the complications because it’s such a great piece,” Met general manager Peter Gelb.

Porgy, by George and Ira Gershwin, and DuBose and Dorothy Heyward, depicts a beggar in a poor African-American community of Charleston, South Carolina.

When the Met presented Porgy for the first time in 1985, it also hired an outside chorus — at the time, there were three black members of the Met’s regular chorus of 81. That has increased to six in a group of approximately the same total now, the Met said.

“I think the Met is regarded as an institution that is colorblind when it comes to casting,” Gelb said. “We have many African-Americans and other black artists who are appearing on our stage in major roles.”

The Hungarian State Opera created controversy last year when it presented an unauthorized production with a largely white cast.

Donald Palumbo, the Met chorus master, said about 400 people had auditioned for the Porgy chorus since November and 68 would be chosen for rehearsals that start August 5.

“We will have two existing choruses at the same time in the building,” he said. “It’s going to be interesting but it’s going to be a lot of fun. I’m hoping that they will interact as much as possible.”

Then-Met music director James Levine insisted on an uncut version for the 1985 Nathaniel Merrill production. That staging, which appeared 54 times through 1990, was presented in three acts with 3 hours of music and two intermissions for a total of 4 hours.

This production is trimmed to about 2 1/2 hours of music plus a single intermission. The staging by James Robinson debuted at London’s English National Opera last year and was seen this year at the Dutch National Opera in Amsterdam.

“It doesn’t feel excessively long,” Robinson said. “The original version just really goes on and on and on.”

The last of the 13 performances on February 1 will be broadcast to movie theaters around the world. A revival already is scheduled in an upcoming season.

Porgy is among five new-to-the Met stagings next season that all will have appeared elsewhere previously.

Handel’s “Agrippina” has its Met premiere on February 6 and stars Joyce DiDonato in a David McVicar production adapted from one he created for Brussels’ Theatre Royal de la Monnaie in 2000. The Met premiere of Philip Glass‘ Akhnaten on November 8 is in a Phelim McDermott staging seen at the ENO and LA Opera in 2016.

Yannick Nézet-Séguin, starting his second season as the Met’s music director, leads Berg’s Wozzeck opening December 27 in a William Kentridge production first seen at the 2017 Salzburg Festival in Austria. He also conducts revivals of Massenet’s Werther and Puccini’s Turandot, which will mark the Met’s first regular Sunday performance on October 6. There will be 16 Sunday matinees next season, and the Met plans 23 in 1920-21 and 27 in 2021-22.

Nézet-Séguin plans to conduct as many as six productions in 2020-21.

James Levine, who ruled over Met Opera, dead at age 77
Grammys 2022: See All the Classical+ Nominees (And Winners)
In the Age of the Visual Album, What Can Opera Learn from Beyoncé?
In Their Own Words: Inspiring Quotes From Classical Artists and Friends Who Died in 2022
2023 Grammy Nominees Announced: Classical, Jazz, Soundtrack, and More
Playlist: 11 Black Performers Instrumental to Classical Music