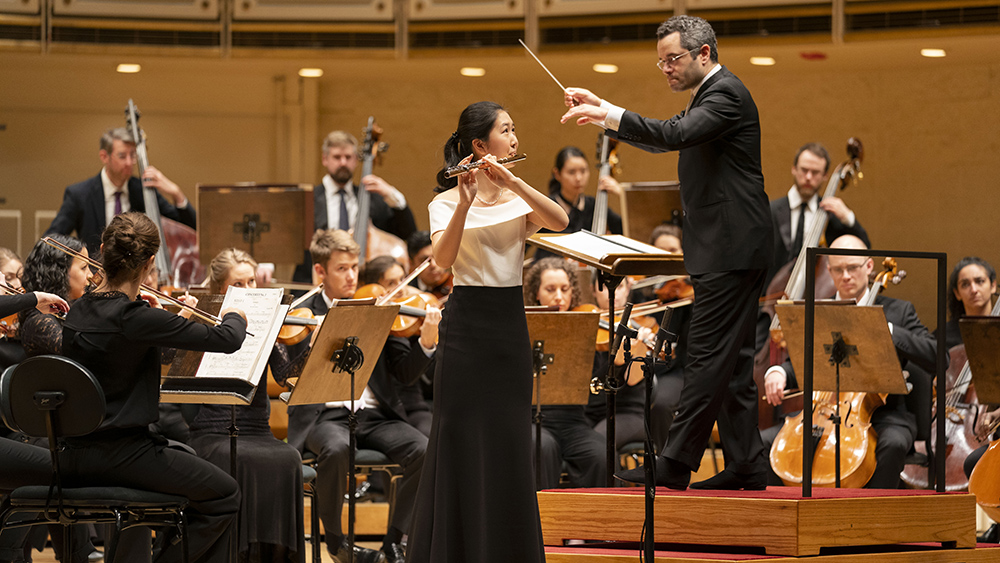 On Saturday, February 23, four young musicians competed on that famous stage for the opportunity to perform with the CSO during the 2019-2020 season. The Civic Orchestra of Chicago, under the direction of Andrew Grams, accompanied the finalists.

The first-alternate winner was 16-year-old percussionist Avi Gotskind of Chicago. Gotskind, a sophomore at Jones College Prep, performed the third movement from Sugaria by Eric Sammut. He studies percussion with Douglas Waddell and Patricia Dash. Two more percussionists, also students of Waddell and Dash, were finalists: 17-year-old Sean Edwards of Chicago, a junior at Lindblom Math and Science Academy, and 16-year-old Bridget Hemesath, a sophomore at Taft High School.

In addition to performing with the CSO, Rosie Wang will appear on Introductions, WFMT’s Saturday morning showcase of the finest pre-college musicians in the Chicago area.

The Crain-Maling Foundation is the title sponsor of the CSO Young Artists Competition, and the event is presented annually by the League of the Chicago Symphony Orchestra Association and the Negaunee Music Institute.