The WFMT Radio Network's program Recovering a Musical Heritage delves into the lives of four composers persecuted by the Third Reich. Of course, they were four of many. Host James Conlon's OREL Foundation documents dozens of other composers whose lives were taken—directly or indirectly—or otherwise irrevocably altered by the Nazis. Here are four more who persisted, creating art in the face of peril. 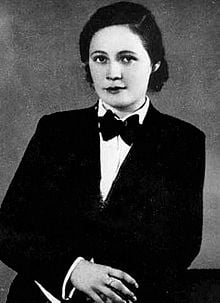 Born to a composer father and singer mother, Kaprálová demonstrated musical gifts early on, writing her first pieces for solo piano at nine years old. Her parents hoped she would take over the private music school they ran in Brno, but the young musician had bigger plans. Studying composing and conducting, she graduated from the Brno Conservatory as its first female student, and her capstone concert drew raves from the international press.

Kaprálová went on to pursue advanced studies in Paris, where she studied conducting with Charles Munch. Because of a language barrier, Kaprálová was unable to take composition lessons with the French composer and pedagogue Nadia Boulanger. As a substitute, she was pointed towards fellow Czech Bohuslav Martinů. The older composer became a crucial mentor, advocate, and even romantic partner. During her career, Kaprálová split her time between Prague and Paris, keeping up conducting appearances throughout—most visibly in 1938, when she led the BBC Symphony in an internationally-syndicated concert of her Military Sinfonietta.

But the timing was all wrong. The Nazis invaded the Czech Republic in 1939; Kaprálová would never return to her home country again. Impoverished, she fell ill and eventually died outside Paris, in Montpelier. She was just 25. As Martinů lamented, "Why had destiny given her so much energy, so many precious gifts, and yet denied her the opportunity to realise her full potential? This question, I think, will remain forever unanswered."

Though still seldom programmed in the US, Kaprálová's music has recently reached a wider audience: Her life and works were prominently featured in the third season of the Amazon Video series Mozart in the Jungle. 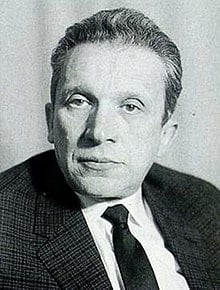 As a Polish Jew, Weinberg (also spelled Vaynberg or Wajnberg) was especially vulnerable during the Holocaust. Even before Hitler took power, the family had been directly affected by other life-altering acts of anti-Semitism: Weinberg's great-grandfather and grandfather had been killed by pogroms in Moldova, cueing the family's flight to Warsaw. There, Weinberg's father established himself as a prominent music director in Yiddish theater. Weinberg, a prodigious piano talent, enrolled at Warsaw Conservatory at 12.

Weinberg was given a chance to study in the US with pianist Josef Hofmann, but the Nazi invasion of Poland in 1939 cast his musical future into doubt. Instead of fleeing West, Weinberg angled himself towards the Soviet Union, seeking asylum in Minsk, then Tashkent. The rest of the Weinberg family ultimately perished in concentration camps.

While in Tashkent, Weinberg sent Dmitri Shostakovich a manuscript of his Symphony No. 1. To his surprise, the older composer immediately invited him to Moscow. Shostakovich's pro-Jewish sympathies flew in the face of the Soviet Union's institutional anti-Semitism, but his sheer influence, even when facing state persecution himself, did much to advance Weinberg's works. However, Shostakovich's support was not enough to save Weinberg, who was arrested and sent to a work camp in 1953 on trumped-up charges of conspiracy to establish a Zionist state.

Weinberg made Jewish life and grief an explicit theme in his potent, taut works. Taking pride of place among them was The Passenger, his 1968 opera about an encounter between a former Auschwitz prison guard and one of her Polish prisoners. Some reports claim that Weinberg, demoralized by decades of rejection in his adopted home, converted to the Russian Orthodox Church just before his death in 1996; other sources, including his daughter, maintain he was baptized against his will. 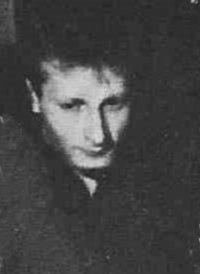 Like Weinberg, Fleishman was a Shostakovich protégé — in fact, one of his favorites. Enrolling at Leningrad Conservatory in 1937, Fleishman was in Shostakovich's very first composition class. During this time, he is said to have composed works in a range of genres, from virtuosic piano works to song cycles, though none survive.

His artistic affiliation with Shostakovich notwithstanding, little is known about Fleishman. He was raised in a Jewish family, and prior to pursuing composition, he had played the violin and been a schoolteacher.

Fleishman's only surviving work, the opera Rothschild's Violin, was written between 1939 and 1941, while he was still a student. Shostakovich himself is said to have suggested the source material — Chekhov's short story of the same name — but the structure was essentially Fleishman's. Scholars believe the young composer even wrote his own libretto, revealing a preternatural clarity of concept and knack for dramatic pacing.

Fleishman had completed a piano reduction of Rothschild's Violin and much of its orchestration when Nazi troops besieged Leningrad in September 1941. He promptly joined a civilian militia to defend the city. However, the hastily-assembled troops were poorly trained and easily overwhelmed. Fleishman was killed shortly after the beginning of the siege, leaving behind a wife and a daughter. After learning of his student's fate, Shostakovich quickly arranged to secure the manuscript, which was nearly lost, and vowed to complete it in memory of his student. In 1944, Shostakovich completed the opera, fleshing out the ending scene and orchestrating still-reduced sections. After performances were repeatedly thwarted by the Soviet government because of its Jewish subject matter, Rothschild's Violin was finally staged and performed in 1968 at Fleishman's alma mater, Leningrad Conservatory. 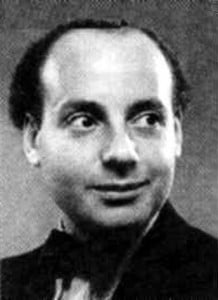 By all accounts, Jewish composer-conductor Goldschmidt was the musical darling of Weimar Germany. An admirer of Gustav Mahler, he studied composition with Franz Schreker, considered a leading operatic composer in pre–WWII Germany. Goldschmidt's own early compositions netted accolades like the Mendelssohn Prize, and as a conductor, he was accomplished enough to serve as assistant conductor at the Berlin State Opera, where he backed up Erich Kleiber for the world premiere of Wozzeck in 1925.

In 1933, one year after the successful premiere of Goldschmidt's first opera, Der gewaltige Hahnrei (The Magnificent Cuckold), the Nazis ascended to power. Immediately, the government began enacting restrictions and bans on what it called "degenerate music," a euphemism for music composed by Jews, racial minorities, or other marginalized groups targeted by the regime. (It also used this label to condemn avant-garde music by non-Jewish composers, like Hindemith and Stravinsky.) The decrees stamped out the opera's remaining performances, and Goldschmidt, recognizing that his days in Germany were likely numbered, fled to England in 1935. Schreker suffered a very different fate. He'd died in Berlin in poor health the year prior, after futile efforts to secure work in America or elsewhere in Europe.

In the UK, Goldschmidt was able to marry his longtime partner Elizabeth Karen Bothe. Bothe was not Jewish, and the couple's relationship had been forbidden in Germany. As a composer, Goldschmidt never quite found the audience in his new home that he'd cultivated in Germany. After a series of disappointments, he set aside composing for decades. As a conductor however, Goldschmidt made it his life's work to rehabilitate other composers silenced by the Nazis. In addition, Goldschmidt is credited as a major figure in the midcentury revival of Mahler; in 1964, he conducted the premiere of Derek Cooke's completion of Mahler's Symphony No. 10.

Before his death in 1996, Goldschmidt's own compositions eventually enjoyed a renaissance in the 1980s and '90s, sparked by a late-life commission that produced his Clarinet Quartet. Musicians like conductor Simon Rattle, violinist Chantal Juillet, and cellist Yo-Yo Ma advocated for his works, and Decca Classics released major retrospectives of his music. The last work Godlschmidt composed was his Deux Nocturnes, completed the year he died.

Listen to these composers' works:

Grammys 2022: See All the Classical+ Nominees (And Winners)
Playlist: Wilco Drummer, Composer Glenn Kotche on Writing From the Drums, His Favorite Classical Music
Playlist: Classical Coffeeshop
May 10 - May 14, 2021
Playlist: 11 Lithuanian Composers You Should Know
Grammy Nominations Announced with Nods for Third Coast Percussion and Cedille Records