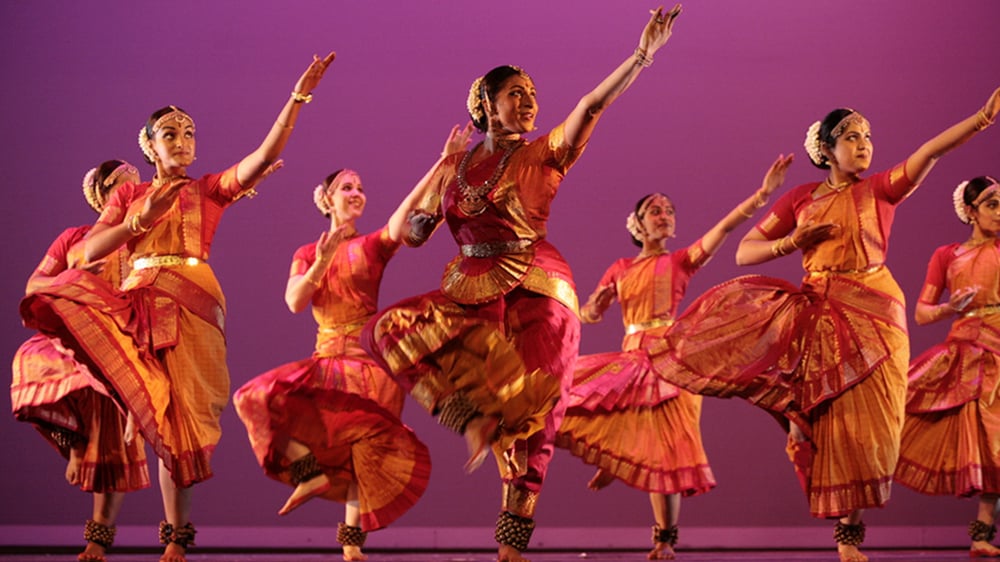 Studs Terkel was known for a lot of things-his Pulitzer Prize-winning oral histories, his seemingly boundless appetite for life, and even his penchant for cigars. One of Studs’ less well-remembered legacies, however, is his tremendous admiration for the art of dance. Studs hosted a plethora of dancers and choreographers in his 45 years as the host of The Studs Terkel Radio Program on WFMT, giving them a space to explain the philosophy and practice of their craft in uncommon detail.

Studs’ love of dance is on full display at the Newberry Library, which is currently presenting an exhibit called The Legacy of Chicago Dance. This free exhibition, which runs from April 27 to July 7, explores “what defines and distinguishes Chicago dance and the city’s dance community.” Curated by Samantha Smith and Alison Hinderliter of the Newberry’s Modern Manuscripts Section, the exhibit uses archival footage, objects such as costumes and pointe shoes, vintage promotional materials, and more, to uncover the rich history of Chicago dance over the past 100 years. The exhibition also explores the influence of both Indigenous traditions and European dance trends on Chicago’s vibrant and diverse dance scene.

As part of the exhibition, Newberry is also providing a home for a selection of Studs’ best conversations with “dance luminaries,” provided by the Studs Terkel Radio Archive at WFMT.

One example is Studs’ conversation with Natya Dance Theatre director Hema Rajagopalan from 1992, which focuses on her dedication to teaching the 3,000-year-old, South Indian dance called Bharata Natyam. During their conversation, Rajagopalan describes the dance tradition as a “kind of a meditation, the dancer completely cuts themselves off from their entire surroundings… totally involved in what they are doing.”

Studs’ 1989 conversation with choreographer and Joffrey Ballet co-founder Gerald Arpino on the world-renowned dance company’s 30th anniversary is equally illuminating, with Arpino remarking, “I get so excited when I come back to Chicago because I keep seeing the roots [of dance], there’s so many roots in this town that stem.”

One of the warmest exchanges in the selection is Studs’ 1996 conversation with Ann Barzel, the longtime critic for Dance magazine who Studs dubbed, “the doyenne of Midwestern dance critics.” She describes her own entrance into dance criticism by saying, ‘I became interested in dance and because it’s so ephemeral you want to catch a bit of it, you want the yesterdays…I was one of the few literate people who could write a whole sentence [about dance].”

Inquiring bunheads can hear a sample of the conversations featured in the exhibit — which also includes interviews with Dame Margot Fonteyn, Ruth Page, Joel Hall, and more — at the Newberry Library’s website.

The Legacy of Chicago Dance is open at the Newberry Library until Saturday, July 6. Admission is free.