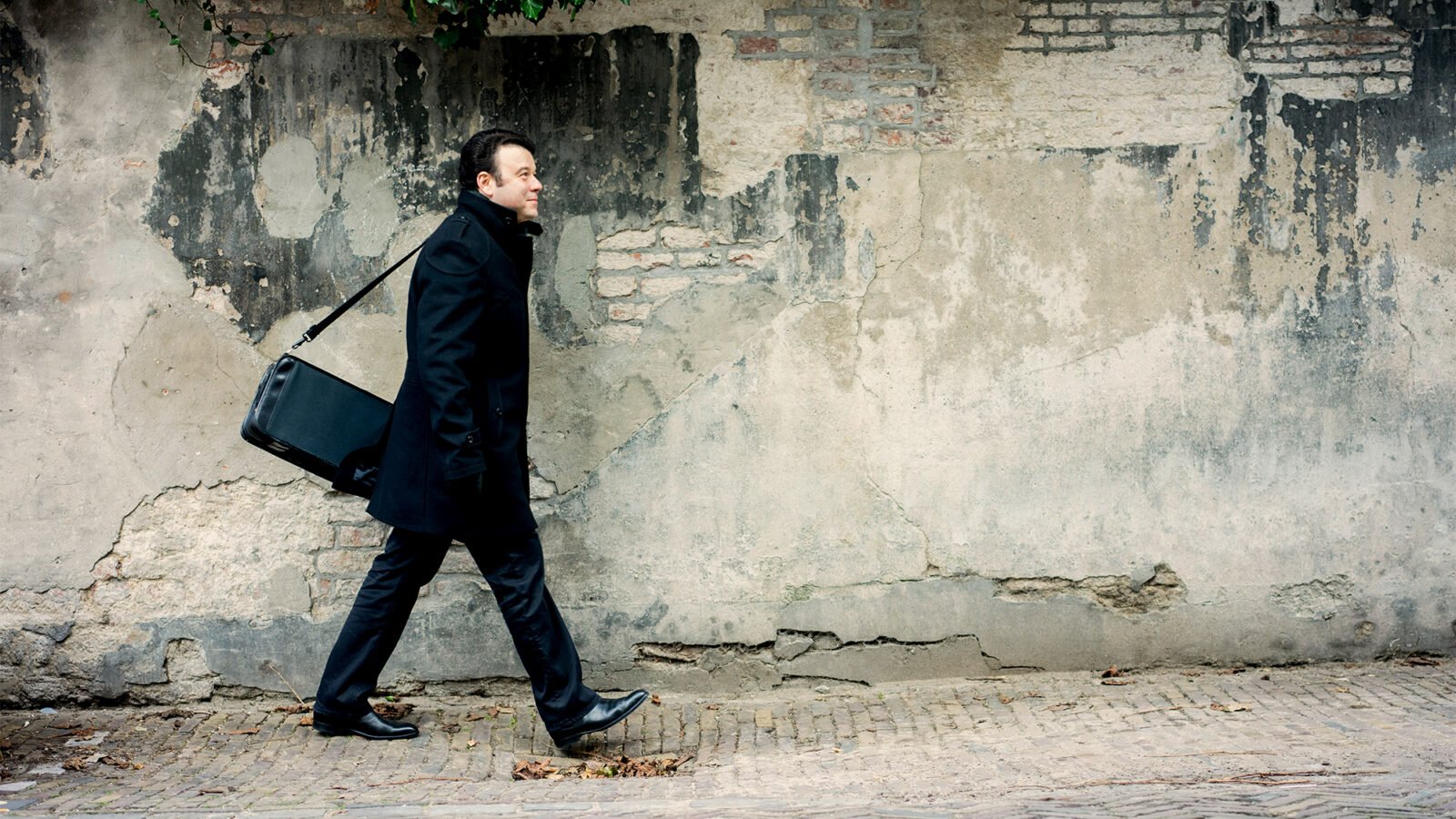 In between back-to-back lessons for around 30 students at his alma mater, Keshet Eilon International Music Center in Israel, Vadim Gluzman has been preparing for his upcoming Grant Park Music Festival performances of Bernstein’s Serenade on August 2nd and 3rd. These concerts mark Gluzman’s return to Chicago after weeks of travel, and before yet another period of touring around the world. The violinist has chosen Chicago as his family’s home as well as the location for the North Shore Chamber Music Festival, where he serves as artistic director.

On each tour, Gluzman carefully transports the 1690 Ex‐Leopold Auer Stradivarius, given to him on lifetime loan from the Chicago Stradivarius Society. When asked how he safely travels the world with such a valuable instrument, his response is simply, “I am careful, and I use common sense.”

In Gluzman’s words, “Traveling with it is like transporting a baby, but one that can go in overhead.”

The Auer Strad is one of around 650 extant instruments crafted by Antonio Stradivarius, but Gluzman didn’t always play such a prestigious instrument.

As a child, the now world‐renowned violinist Gluzman expressed interest in music: understandable, since his father was a concert clarinetist and his mother was a musicologist. “I auditioned for a music school with two hundred other children. They chose seven children to study.” Gluzman was one of them.

At the music school in Latvia, teachers chose the students’ instruments. Gluzman’s family received a list with “violin” simply written next to his name. Thus, the violin seemingly chose the violinist.

“My first instrument was just a simple, 1/4‐size violin,” Gluzman recalls. “Nothing special, and not very good... It was given to me by my teacher. He brought it to me, and set it up but it was set up really rather like an amateur. We didn’t have any formal schools for how to set up instruments like this, so my teacher did it himself.” He went on to describe the violins of his early youth — “They were cigar box instruments, really.”

Gluzman’s family eventually moved to Russia, and he went on to study with the prestigious violinist and pedagogue Zakhar Bron. He later moved to Israel where he studied with Yair Kless and Isaac Stern. In 1990, he received a scholarship from Stern, and later received the loan of a 1711 Pietro Guarneri violin from the America‐Israel Cultural Foundation.

It was a powerful instrument, but he came to realize it just wasn’t the right fit for him. In an interview with, Tarisio, a fine instrument auction house, Gluzman described how he reacted to the Guarneri’s issues. “‘It was quite severely damaged. It was composed of little pieces under the bridge: it looked like a jigsaw puzzle.’” His reaction upon returning the instrument was one of deep solemnity.

However, his immediate reaction to the Auer Strad was markedly different: “It’s the perfect instrument for me. It has warmth and depth; it is inspiring to me every time I play.”

With his Auer Strad in hand, Gluzman will take the stage in his adopted hometown this weekend to perform with conductor Carlos Kalmar and the Grant Park Orchestra. But there is no rest for the violinist after his Grant Park Music Festival appearance — the remainder of his 2019-20 season will include nearly 40 more orchestral performances as well as masterclasses and lessons around the world. When asked about his schedule and his affinity for Chicago, Gluzman responded: “I am happy if I can just have dinner with my wife and daughter.”