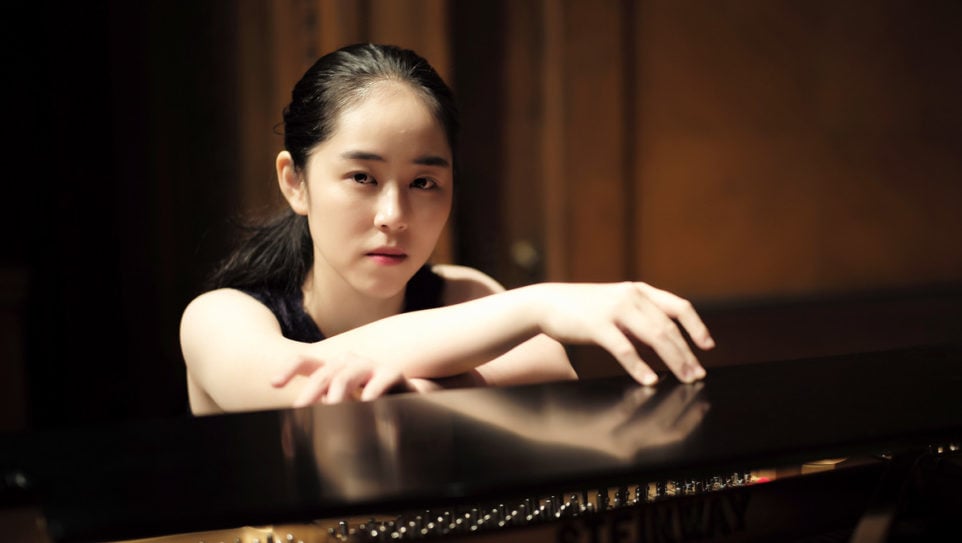 Huiping Cai’s performances have been highly praised for their lyricism, musicality, as well as formidable technique. She made her orchestra soloist debut at the age of sixteen with the Shenzhen Symphony Orchestra in China. She performed with the Kazakhstan National Symphony Orchestra and represented the China National Culture Committee in numerous cultural exchange concerts in Russia and Kazakhstan. This past summer, she performed Tchaikovsky Piano Concerto No. 1 with the Miami Music Festival Orchestra and Maestro David Effron. She made her Taiwan debut at the prestigious Taipei National Concert Hall with the Evergreen Symphony Orchestra performing Mozart’s Double Piano Concerto with her teacher Ching-Yun Hu and conductor Gernot Schmalfuss this past December.

Charismatic and popular with audiences in recital and concerto settings, since moving to the United States in 2016, Huiping Cai performed at the Puffin Cultural Forum in New Jersey, the Coastal Chamber Concerts in California, as well as representing her home city, Shenzhen (China), in three concerts for the “Hong Kong – Shenzhen Youth Festival” in China. She attended the Euro Music Festival in Halle, Germany and the Philadelphia Young Pianists’ Academy, where she recorded for and was interviewed by Philadelphia’s WRTI Radio.