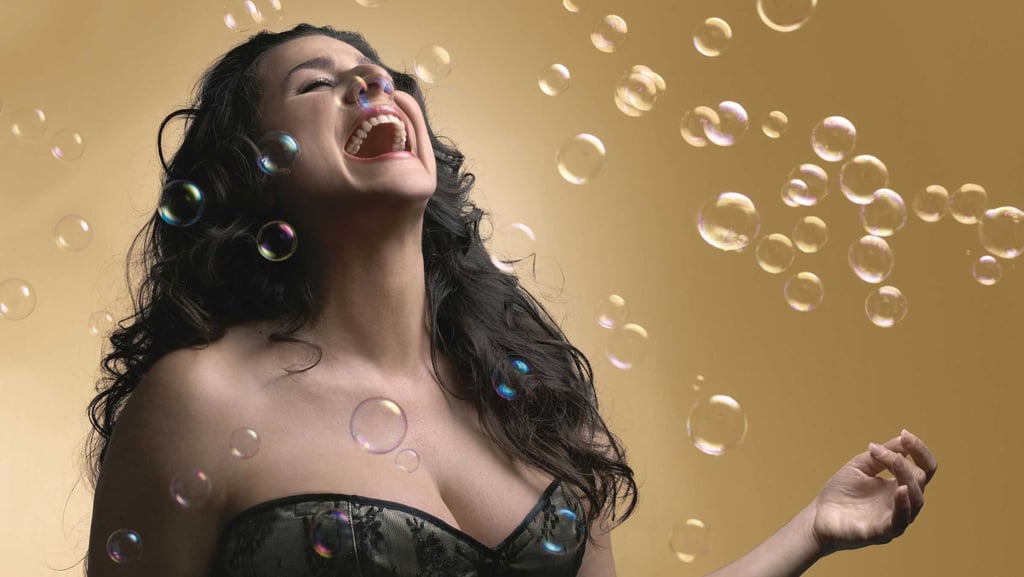 SALZBURG, Austria (AP) — There was a time a generation ago when Cecilia Bartoli’s many U.S. fans could count on seeing her regularly in opera or in concert.

The Italian mezzo-soprano noted for her warm sound, dramatic intensity and dazzling coloratura agility had shot to fame in the early 1990s while still in her 20s on the strength of best-selling recordings of Rossini and Mozart. Her every appearance just about guaranteed a sellout.

But that was then. She last sang at the Metropolitan Opera in 1998, hasn’t been seen at Carnegie Hall since 2009, canceled a West Coast concert tour in 2015 and has stayed mostly in Europe, giving rise only to occasional rumors of an imminent return.

“You’re right, it’s time, it’s time,” Bartoli said in an interview earlier this month in Salzburg, where she was appearing in the title role of Handel’s “Alcina.”

“I have to come back before I go to pension.” she added with her infectious laugh, making clear that at age 53 and still in prime vocal form that she has no intention of retiring anytime soon.

Bartoli said she has had “discussions” with both the Met and Carnegie Hall. “It would be nice to come for a longer period than just a concert and then leave,” she said wistfully. “So we’ll see.”

As for the Met, general manager Peter Gelb said the company “has invited Ms. Bartoli back many times, but so far to no avail. We would be very happy were she to return.”

Her motives for staying away are difficult to pin down. Bartoli, who lives in Zurich, Switzerland, and Rome with her husband, cites the fact that “I don’t like to fly” and speaks of the difficulty of making an Atlantic crossing by ship during the U.S. opera season. But she has flown to Australia and Asia, and given the modest size of her voice, the reason may have as much to do with concerns about finding the right repertory and venue for a return.

Bartoli has specialized in baroque and bel canto works from the 18th- and early 19th-centuries and favors the use of period instruments rather than the fuller modern orchestra. In Salzburg’s 1,500-seat Haus fur Mozart, accompanied by Les Musiciens du Prince-Monaco — an orchestra she founded — her every utterance as Alcina came through with riveting clarity. But she worries that might not be the case in a bigger house with a bigger orchestra.

“Mostly when you sing in the opera house you have this wall of sound in front of you and the only thing is to go and sing as loud as you can, and this is not making music,” she said. “It’s 80 against one, and you will never win.”

Another obstacle to an extended U.S. visit might be finding time. Beyond keeping a full schedule of performances and recordings and nurturing an orchestra, Bartoli lends her name to a foundation dedicated to bringing classical music to a wider audience, researches neglected composers and singers of earlier eras, and runs Salzburg’s annual Whitsun Festival.

That last assignment is a special point of pride for Bartoli. “I never thought in my life to be able to do something like that,” she said. “To make a festival, to organize, to invite artists.”

Still, she jokes about the small scale of her event compared with the summer festival, where 200 performances are packed into six weeks. “When I’m here preparing the Whitsun Festival, I feel it’s huge,” she said. “But it’s just a long weekend! It’s embarrassing.”

Next year at Whitsun, Bartoli will star in Donizetti’s comic “Don Pasquale,” singing Norina for the first time. Like Alcina, it’s a role usually taken by sopranos, but Bartoli is characteristically dedicating the festival to a 19th-century singer — Pauline Viardot, a French mezzo who performed the opera in St. Petersburg, Russia. She’s even including a version of the finale sung by Viardot that incorporates music from an opera by Irish composer Michael William Balfe.

One reason Bartoli has remained in such good vocal form is that she has always been fiercely protective of her voice and quick to turn down roles that might not be an ideal fit. One example: She had collaborated on several projects with the late early music specialist Nikolaus Harnoncourt, but balked when he rather improbably proposed that she take on Verdi’s “Aida.”

“I said ‘I feel it’s really not right for me,’ but he said, ‘Oh, you can do it, with your temperament, with your beautiful pianissimi,'” Bartoli recalled. “I said, ‘Yes, but you need a different instrument for that. I know what I can do, and we do have limits.'”

And, ever the perfectionist, she added: “We are human, all of us. And the most important thing is not to show it.”

70th Anniversary Special: Interview with Almita & Roland Vamos
Cecilia Bartoli named the first woman artistic director of the Monte Carlo Opera
In the Age of the Visual Album, What Can Opera Learn from Beyoncé?
Lyric Returns With Free Star-Studded Virtual Gala
Jory Vinikour with Special Guest Rachel Barton Pine [Rebroadcast]
In Their Own Words: Quotes From Artists and Friends of WFMT Who Died in 2020