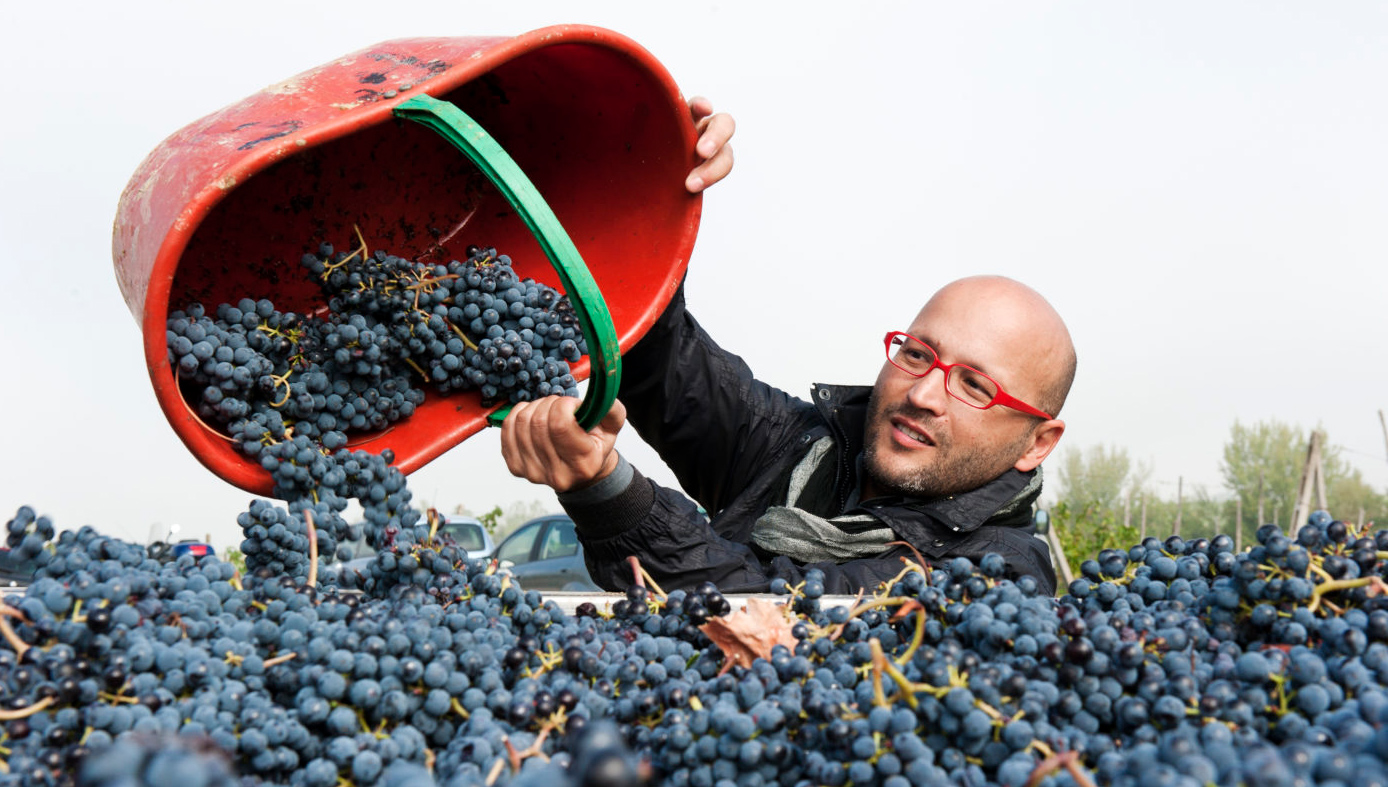 Italian conductor Enrique Mazzola travels around the world making music, but he also holds a position that many would love to claim: wine ambassador. “It’s just an honorific title that I bring everywhere with my baton, and I get to share Italian culture, and sometimes even a bottle of wine” he laughed during an interview at Lyric Opera of Chicago. Mazzola is currently directing his second production at Lyric, Bellini’s I Puritani.

Mazzola served as the music and artistic director of Cantiere Internazionale d’Arte di Montepulciano, a music and arts festival held in the sun-bathed hills of Tuscany, for five years. “After my contract expired, I began conducting more outside of Italy. I still have a country house in Montepulciano, so when I returned in 2008, I met with the Wine Consortium of Vino Nobile di Montepulciano. They said, ‘We know that you’re abroad a lot, and we think you’d be the perfect ambassador for Vino Nobile di Montepulciano.’” As a wine ambassador, Mazzola enjoys sharing the tastes of his native Italy with not only opera singers but also athletes and other dignitaries, from Tokyo to Chicago. 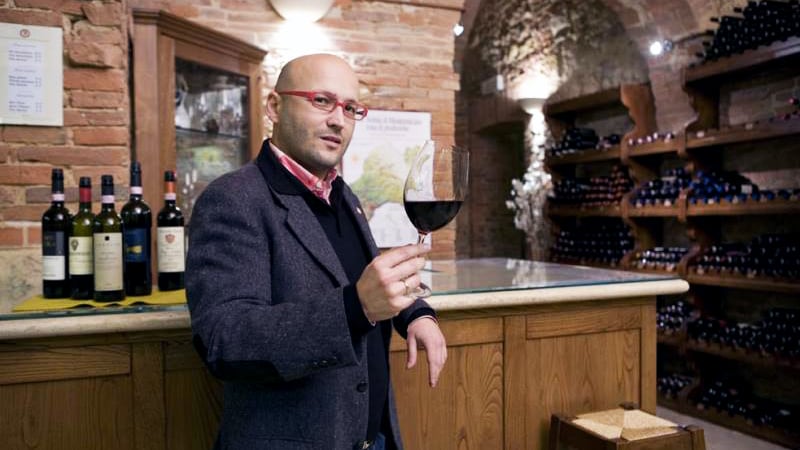 Mazzola believes that classical music and wine, two of Italy’s most beloved exports, pair together in perfect harmony. “What we are doing in opera is giving you a few hours of living in another world, thinking in a different way, and accepting new ideas through music. I think wine works in the same way. Wine is also an art: the growing, the blending, the tasting.” According to the maestro, the connection between wine and music is the “enrichment of the spirit. Wine—in moderation—and music can be an island of peace.” Vino Nobile di Montepulciano is made only from Sangiovese grapes, or what we call Sangiovese in purezza (100% Sangiovese). This wine is actually very good for our pockets. Here in the USA, I’ve seen the wine in stores for about $25 to $30. For a high-quality wine that in many cases is as good as a Brunello di Montalcino [about twice the price!], this is a great choice.

I paired this wine with one of the few operatic arias in which wine is featured. It’s a crazy aria that Don Giovanni sings in a very fast tempo, which represents the excitement wine can bring. This excitement is just like sipping a good Vino Nobile di Montepulciano, and here I propose to you one of the most important producers, Avignonesi, which is very representative of the region. Drink it with game meats or with a beautiful Chicago steak! If we are talking about Italian red wines, I have to mention a big wine outside of Tuscany. Barolo is found in the Piedmont region in northern Italy. The big difference here is that instead of Sangiovese we have Nebbiolo grapes, and it is usually found Nebbiolo in purezza (100% Nebbiolo). Barolo has an important ability in that it is able to age. After you buy this wine, save it for 10 years, and you will have the best wine, or what we say in Italy, “The king of wines and wine of kings.”

Barolo is a serious wine with an important structure, and you could compare it to a big Burgundy if you cross over the Alps. I pair it with a serious opera overture by Donizetti (who is also from northern Italy, though from the Lombardy region). The Allegro in the overture from Roberto Devereux is especially athletic. The orchestra plays very quickly, and a lot of things are happening, just like when you have your first sip of Barolo. You experience an intense aroma of tar and roses with your second sip. This overture represents the complexity of Barolo. 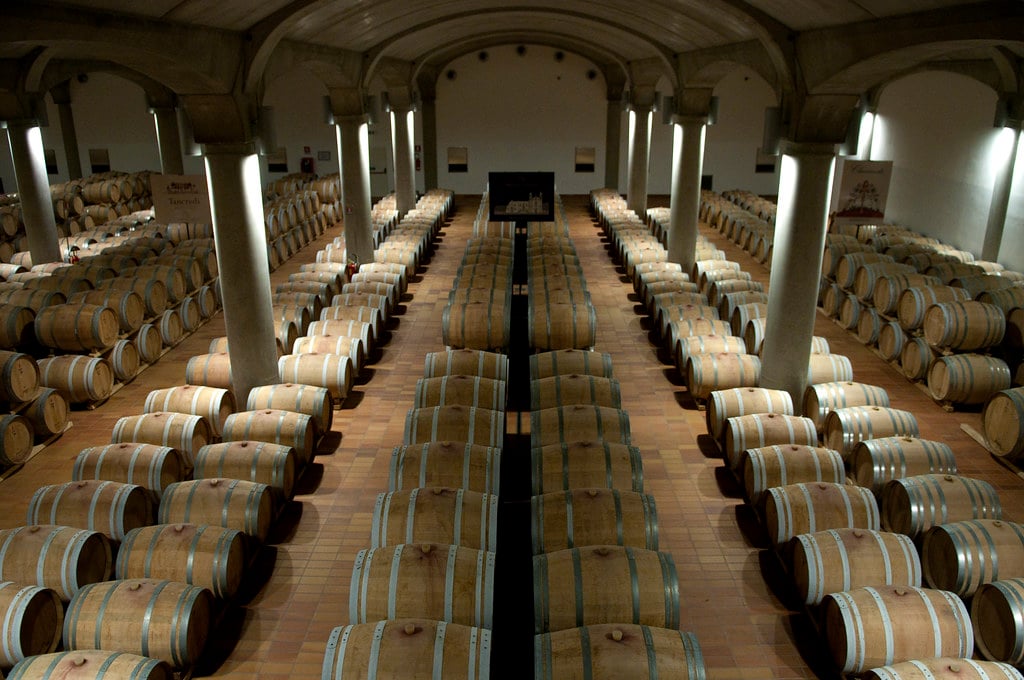 I was shocked the first time I drank this wine! Forget the big Italian wines for dinner, this is a wine for dessert. This is a Sicilian wine that is made from naturally dried grapes called Muscat of Alexandria. When I first tasted this wine, I was curious about its amber color. The nose is all about flowers. You don’t smell any alcohol; it’s like a bouquet of flowers under your nose. When you taste it, it’s like an explosion of southern fruits: apricots and blood oranges. You have all of Sicily in your palate.

Of course, I have to pair this wine with an aria from I Puritani because Bellini is from Sicily!  I could only think of the aria “Son vergin vezzosa.” Elvira is going to marry, and she is very happy, singing this beautiful, teenage-like melody. She doesn’t think of anything else – she only thinks about how beautiful she will be wearing her veil. The aria has all the flowers and sun you can imagine in Sicily.

Listen to the aria on YouTube by clicking here. This wine from the Alsace region in France has a strong personality. The producer, Gingerling, is one of the best. I discovered the wine when I was conducting in Strasbourg. One day, I decided that I wanted to learn more about the wines in the region, so I drove from village to village, and that’s when I met Mr. Gingerling, who introduced me to the pleasures of Alsace wines. This Riesling is dry, so you can drink this with fish or chicken. It’s a fruity wine, and you experience apricots, apples, and pears.

This wine is very elegant, and I decided to pair it with the first movement from Schubert’s Symphony No. 5. When you sit back and listen to this music, you have a stream of notes that introduces you to a simple and refreshing melody that makes you smile, just like a Riesling. I chose this wine because we need bubbles on the list! Of course, I love champagne, and it has a strong presence. But I think it’s important to know that in Italy, we have first-class bubbly white wine. As you head towards northeast Italy, you will find a mountain range called the Dolemites, and you will find Valdobbiadene.

I offer this wine as an option for your parties, birthdays, weddings, or before or after dinner. And of course, you would chill this wine in summertime. Since we’re in the Alps, I thought some music by Johann Strauss II would be perfect. His Frühlingsstimmen (“Voices of Spring”) has a very light-hearted melody, and when you listen, your heart smiles exactly like after drinking a nice sparkling wine.

Listen to the work on YouTube by clicking here. 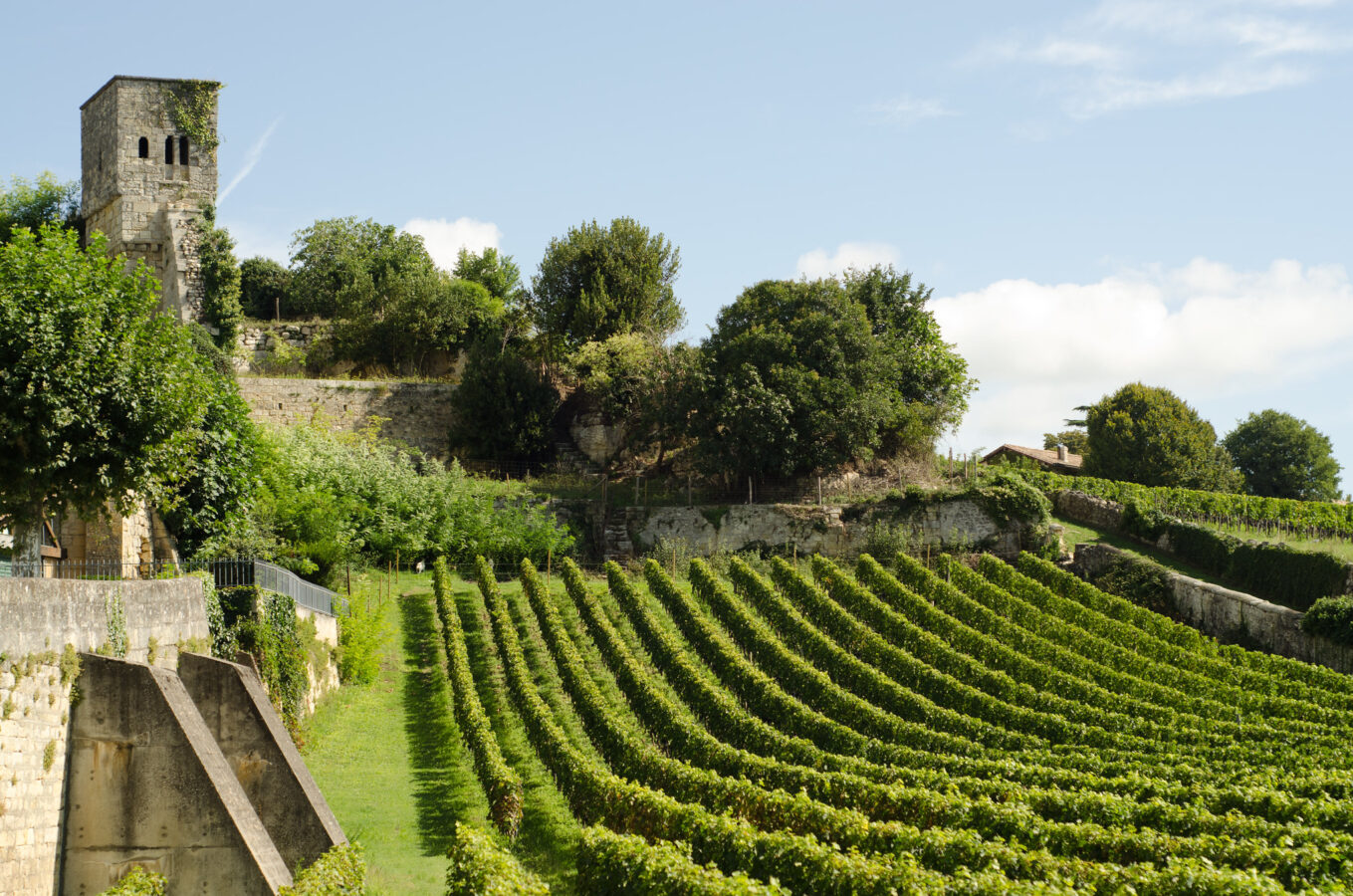 I live in Paris, and I had to include a French wine on the list. One of my favorite wines is a Saint-Émilion from the Bordeaux region in France. We are talking about a very expensive wine here, but it might be one of the best you will ever drink! This wine is a blend of Merlot, Cabernet Franc, and Cabernet Sauvignon grapes. It’s a complex wine that gives you flavors of plums and bit of chocolate. When I was younger, I conducted at the opera in Bordeaux, so I took the time to understand the Bordeaux culture, which helped me express myself as a conductor.

There are so many emotions with a glass of Saint-Émilion, and I could only imagine pairing it with the third movement, “Un bal,” from Berlioz’s Symphonie fantastique. The whole symphony itself might as well represent the wine, but the last movement has the Dies irae, which might be a bit too dark. The third movement represents this vortex of sensations – the movement starts with a very kind, somehow bel canto melody, and the ball becomes more and more exciting. It’s just like when you drink your glass of Saint-Émilion.

Hear this movement of the symphony on YouTube by clicking here.

This article was originally published in February 2018. WFMT has republished this feature on classical music and wine in light of Enrique Mazzola‘s appointment as the music director designate of Lyric Opera of Chicago.

Enrique Mazzola on Returning to the Stage, Taking the Reins at Lyric
10 Woman Conductors You Should Know
Lyric Announces 2021-22 Season With 'Magic Flute,' 'Macbeth,' Mazzola
See Photo Highlights from WFMT's 70th Anniversary Day of Celebration
In the Age of the Visual Album, What Can Opera Learn from Beyoncé?
How Classically Trained Navajo Pianist & Composer Connor Chee Weaves His Sound