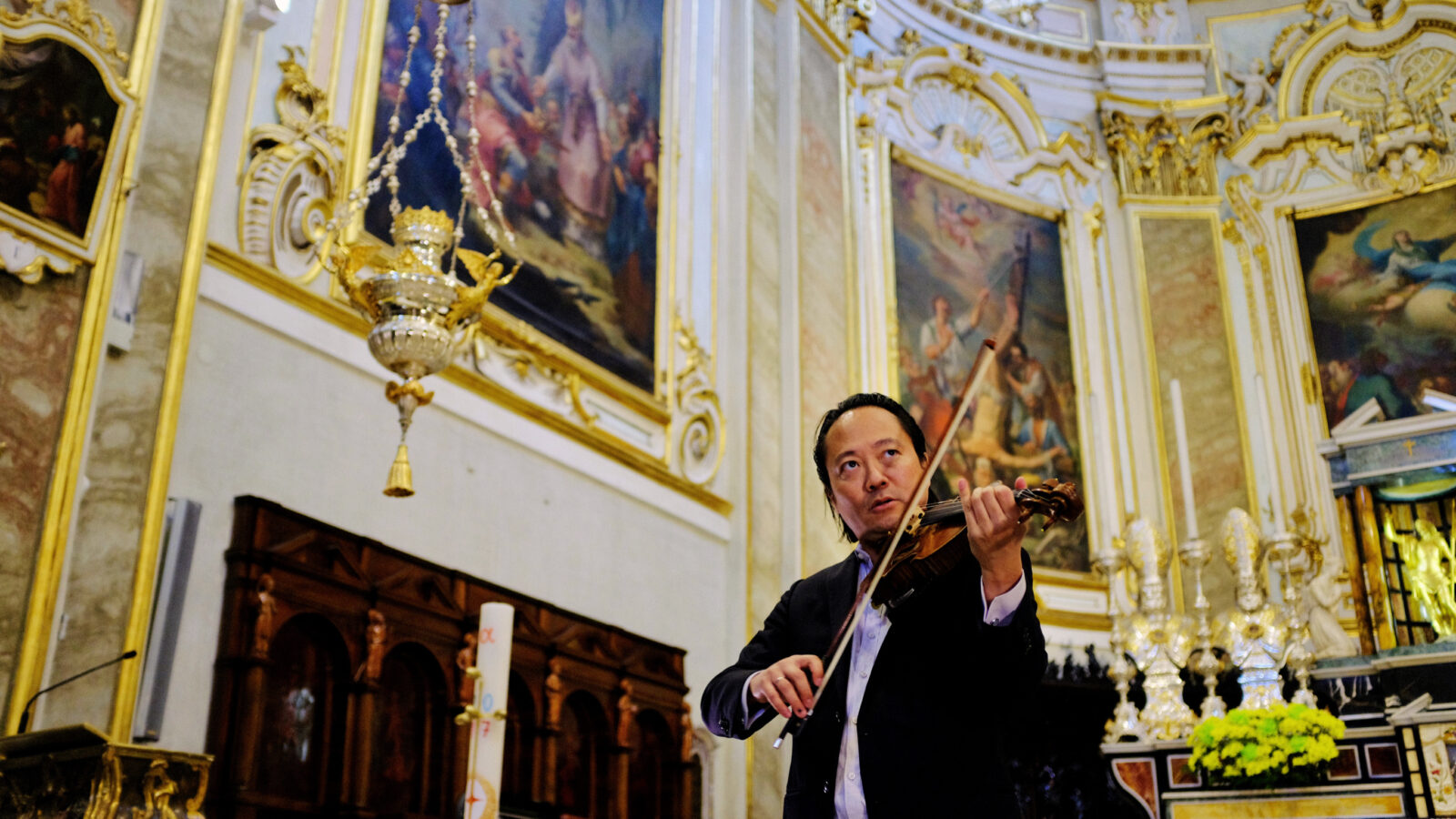 Now Hear This airs on WTTW Fridays beginning September 20 at 9:00 pm. Each episode will be available to stream below following its airing.

“There are many more connections in the world than most people think,” says Harry Lynch, the producer, writer, and director of a new PBS series called Now Hear This, which is airing as part of the Great Performances series. “As a musicologist in our show says, art and culture are just cooking up different things out of the same ingredients.”

The series, which airs on WFMT’s sister station WTTW beginning September 20, follows Scott Yoo, violinist and conductor of the Mexico City Philharmonic, as he journeys across Europe and North Africa discovering the ingredients and influences that went into works by Vivaldi, J.S. Bach, Domenico Scarlatti, and Handel. Along the way, he uncovers surprising artistic connections across borders, traditions, and times.

Take Scarlatti: many of his keyboard works were inspired by the sounds of Spain, where he lived and worked for a large part of his life, incorporating Moorish, Sephardic Jewish, and Andalusian influences, as well as the sounds of the Spanish guitar.

Those elements also converged to create flamenco: the same ingredients, a different dish. If your appetite is whetted, Now Hear This draws connections between food and music, too, showing, for instance, how the same mix of cultures in Scarlatti’s music can also be found in the beloved dish of paella. In addition to food, the series uses music to explore the interconnectedness of architecture, dance, and landscape. “All art forms are related,” Lynch says. “Music is inspired by different art forms; different art forms are inspired by music. So we take viewers to where the music was created and show the many things that are integrated with the music: food, and wine, and the countryside, and the architecture.” 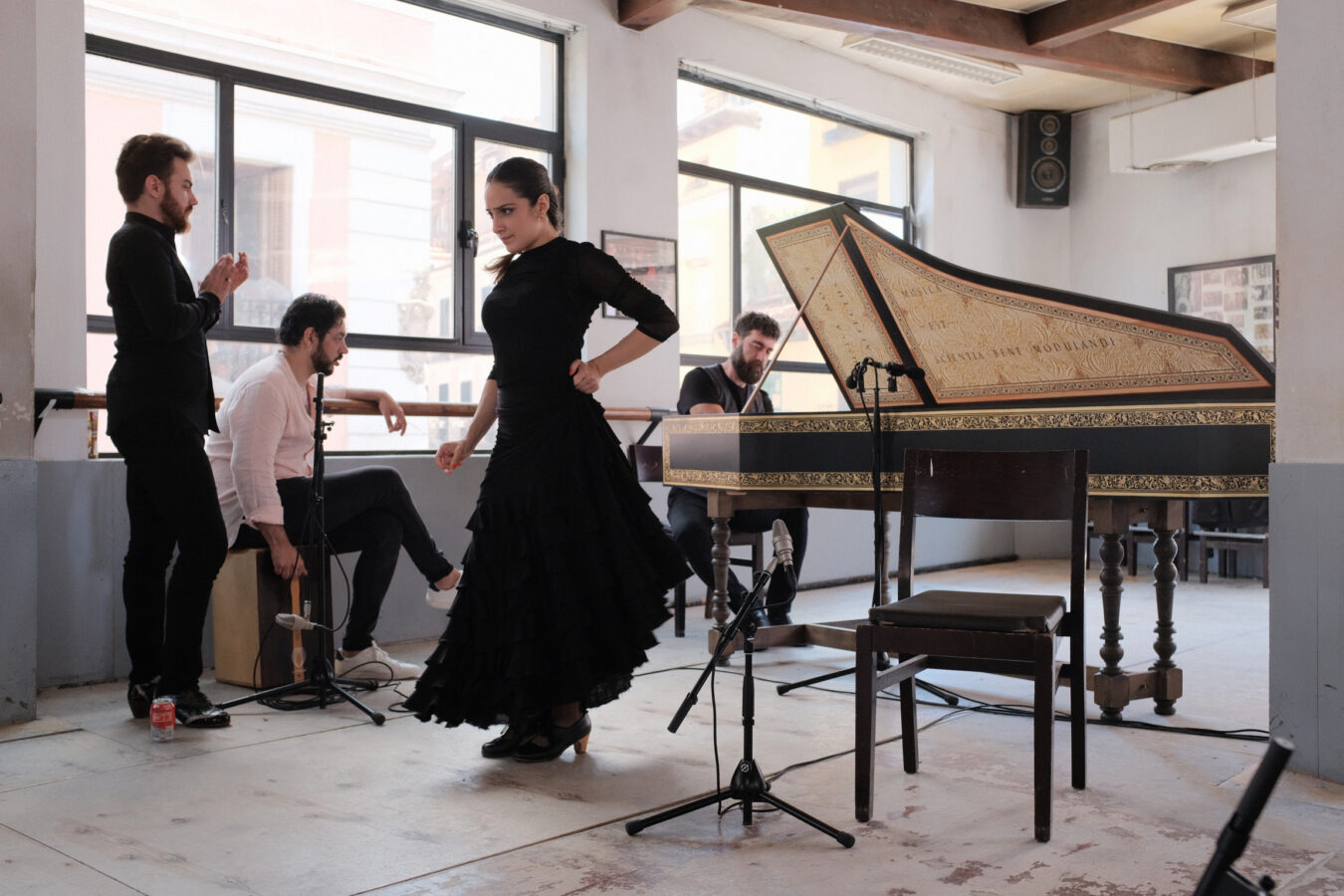 In this sense, Now Hear This is a travel show that uses music as the basis for exploration. The episode on Handel focuses specifically on his time in Italy, making the case that his experiences imbibing the culture there shaped him for the rest of his life. “Scott and I discussed, ‘How do we tell a Handel story that’s different?’” Lynch says. “We decided we would tell about his time in Italy. If you read a book on Handel, that’s one chapter. But we argue that it’s the most important chapter, certainly in his formation.”

The show offers a fresh approach to Bach, too — the episode focusing on him features a jazz version of a prelude from The Well-Tempered Clavier, a riddle hidden in a portrait of the German composer, and dance lessons from a Baroque dance troupe — with Yoo and his wife, flutist Alice Dade, in period-appropriate costume. “Playing Bach with a Baroque dance troupe was a really extraordinary, almost out-of-body experience,” Yoo says. “I almost felt like the dance troupe was playing me, because the way they were moving just really suggested a certain kind of playing.”

That dance lesson was only one unforgettable experience that deepened Yoo’s relationship with the music. “One of the great thrills for me was visiting a room where they have something like 93% of Vivaldi’s manuscripts,” he says. “One of the manuscripts is of a piece of music that I probably listened to maybe 500 times as a child. It’s called “L’amoroso,” love. We had listened to that so many times that we wore out the record and bought another one. That music is almost in my blood, because I was listening to it from probably age 2 all the way through until I was 9 or 10, and here I was not only looking at but actually thumbing through the manuscript that Vivaldi put the ink on the page… Who gets that chance?”

“These are 300-year-old documents!” Lynch adds. “We tried to go to places and do things that the viewer couldn’t do. Someone can go hear music by these composers in venues that they performed in, and we do some of that in the series, but we also go into the Vivaldi manuscript archives where Scott can play from the composer’s own handwriting, so that viewers can have that rare experience.”

Now Hear This airs on WTTW Fridays beginning September 20 at 9:00 pm. Each episode will be available to stream below following its airing. This interview has been lightly edited for clarity.

Episode 3 — "Scarlatti: Man Out of Time"

Decade in Review: The 2010s and Classical Music
Grammys 2022: See All the Classical+ Nominees (And Winners)
9 Works by Women Writers We Want to See Adapted into Operas
Benny Kim and Grace Fong
In the Age of the Visual Album, What Can Opera Learn from Beyoncé?
Waltzes in a Pandemic: How Vienna Phil Will Continue Its New Year’s Tradition