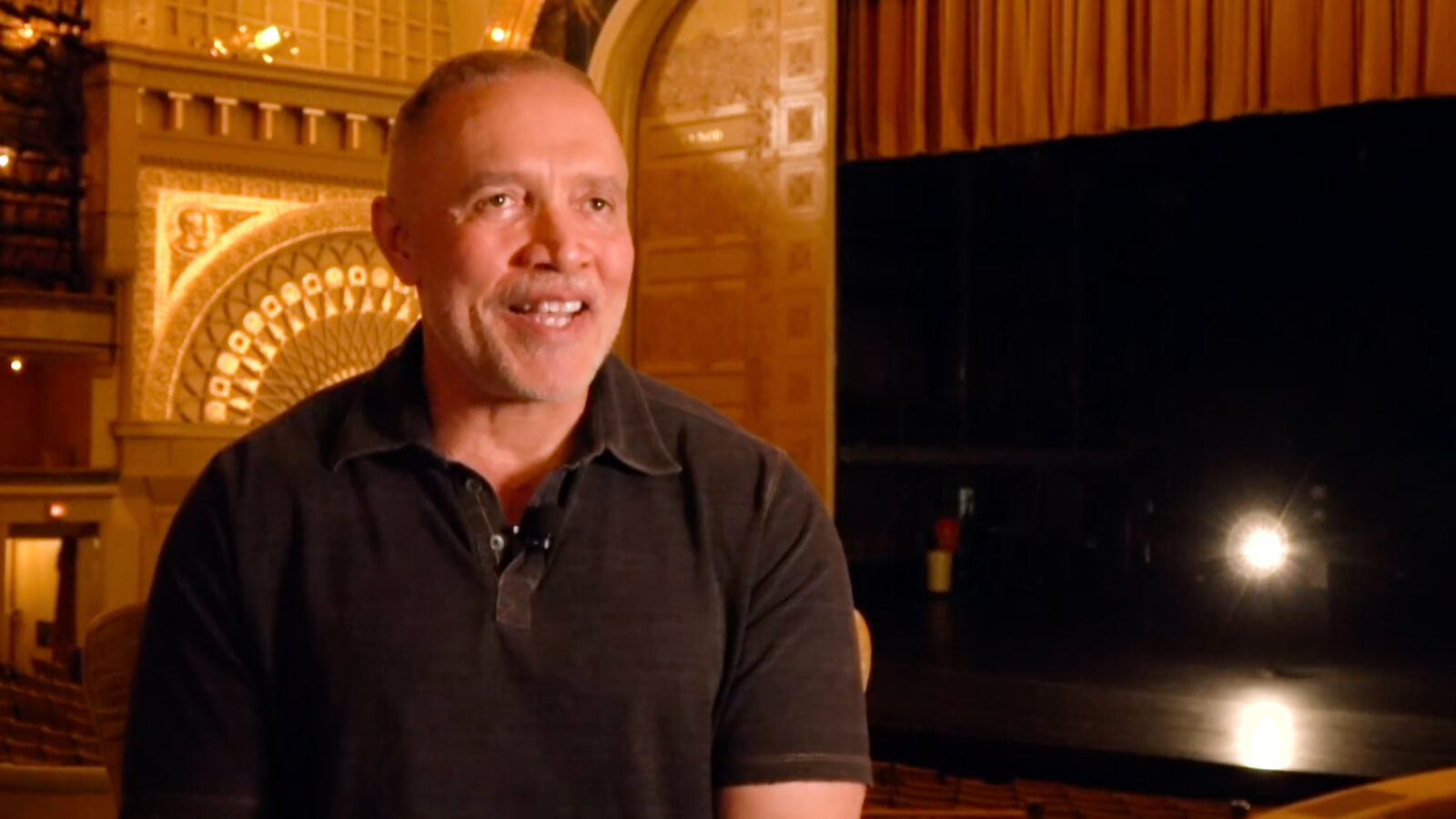 Composer Michael Abels in conversation at the Auditorium Theatre

"Writing music, I believe, is a spiritual practice," says composer Michael Abels. "Any three notes you can find are either terrible or brilliant depending on the context." When Abels was a child, those brilliant three notes were "do-re-mi" from the Rodgers & Hammerstein classic The Sound of Music. According to Abels, understanding those building blocks made music seem "like a fascinating puzzle that could go together in an endless number of ways. I always thought that I would like to try to do that."

Abels eventually became a composer — primarily of concert music — and has enjoyed a longtime association with the Chicago Sinfonietta. On Saturday, September 21, Abels makes his Sinfonietta conducting debut at the Auditorium Theatre when he will lead the orchestra in a live-to-picture performance of his own score for Jordan Peele's Oscar-winning horror film Get Out.

Abels says that a YouTube video of his work Urban Legends caught Peele's attention. Once Abels realized that he was not being "punk'd" after a call with producers, he received "what was to become the Oscar-winning script for Best Screenplay. It was just the most amazing, interesting, inventive script I’d ever imagined."

In order to develop the terrifying Get Out score, Peele had some direct notes for the composer. Abels recounts an early discussion with Peele: "'Bottom line, it’s got to be scarier than—' You’d have to bleep me out … But Jordan also wanted the African American voice both metaphorically and literally in the film."

"Then Jordan said, 'The problem is all African American music has some element of hope in it.' And I had never heard anybody say that. When he said that, I just thought, 'Gosh, that’s right. I know exactly what he means.'"

Abels calls his score "gospel horror," in which he takes familiar sounds and distorts them. Whispered Swahili incantations blend with an array of instruments – from the African kora to the Middle Eastern oud – in the main title theme "Sikiliza Kwa Wahenga," (or "Listen to the Ancestors").

Emphasizing the film’s commentary on race relations in the United States, Abels explains that the ancestor voices are those of "the departed: the victims of lynches and social injustice. They’re trying to warn Chris, the lead character, and essentially what they’re telling him is 'Get out!'"

Presenting the Get Out score with a live orchestra presents some unique challenges. Abels comments, "The timing of the music is completely determined by the pacing of the film." He continues, "I'll be wearing a headset [to hear] the click track that gives me the tempo… There are a couple moments when you’re supposed to spill your popcorn, and the music plays a huge part in causing that to happen."

Michael Abels conducts the Chicago Sinfonietta in a live-to-picture performance of Get Out at the Auditorium Theatre on Saturday, September 21. For ticketing and information, visit auditoriumtheatre.org.

Playlist: 13 Horror Movie Soundtracks You Should Know
2023 Grammy Nominees Announced: Classical, Jazz, Soundtrack, and More
Playlist: 12 Black Film & TV Composers You Should Know
Killer Chops: Some Scary Celluloid Pianists for Halloween
In the Age of the Visual Album, What Can Opera Learn from Beyoncé?
Musical Tails: 6 Composers Who Wrote Music for Pets