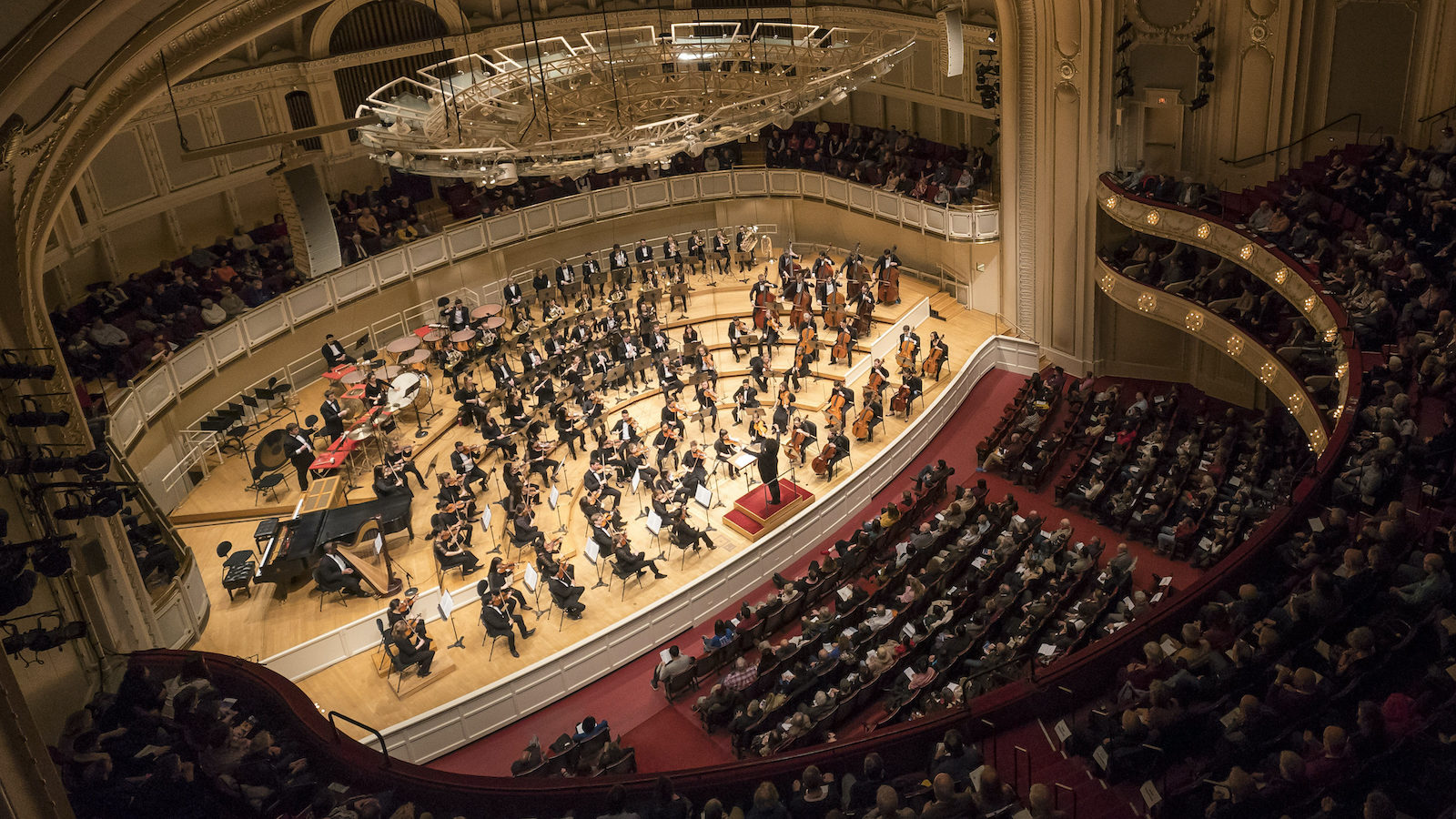 On Sunday, March 29 — 100 years to the day after its first concert — the Civic Orchestra of Chicago will give a truly 21st-century concert. In the place of a traditional, in-person performance, which was canceled because of the COVID-19 pandemic, Civic Orchestra will live stream a virtual concert on its Facebook page.

The 35-minute program features an excerpt from Tchaikovsky’s Symphony No. 5, stitched together from more than 60 separate remote recordings of Civic musicians. The performance also features the world premieres of seven pieces commissioned this past week specifically for the virtual concert; contemporary composers Josh Fink, Nathalie Joachim, Liza Sobel, Ted Moore, Peter S. Shin, Marta Tiesenga, and LJ White were all asked to create a piece of music responding to worldwide tumult created by the coronavirus. The virtual concert will also feature video messages from Civic principal conductor Ken-David Masur and CSO musicians.

The concert live stream will take place at 7:00 pm on Sunday, March 29, and will be available for on-demand viewing on Facebook or via the Chicago Symphony Orchestra’s YouTube channel after March 29.

For information about the Civic Orchestra of Chicago’s 100th Anniversary Virtual Concert, visit cso.org or the performance’s Facebook page.

Grammys 2022: See All the Classical+ Nominees (And Winners)
In the Age of the Visual Album, What Can Opera Learn from Beyoncé?
10 Woman Conductors You Should Know
Introductions Class of 2021
The Most Wonderful Time: Chicago-Area Holiday Concerts, Events
How Kamala Sankaram Brings New Audiences, Stories to Opera