On Saturday, we revisit four musicians from the first year of Chicago Musical Pathways Initiative (CMPI). Made possible through a $3.5 million grant from The Andrew W. Mellon Foundation, CMPI strives to build equality in classical music and provides training for diverse, dedicated musicians. The organization, in collaboration with nearly 30 Chicago music organizations, identifies and develops gifted musicians from under-represented backgrounds in order to attend a top-tier conservatory, college or university classical music program, and, ultimately, establish careers as professional musicians.

This week we rebroadcast those four performances, plus we also hear from other new and returning fellows: flute player Anika Veda; trombonist Owen Riordan and bass trombonist Rafael Noriega (both featured in June); and 14-year-old violinist Esme Arias-Kim, 15-year-old violinist Ella Saputra and 14-year-old cellist Jan Vargas Nedvetsky, all featured in last week’s episode. I interview both Ella and Jan about being returning and new fellows respectively.

CMPI still has a few places remaining in its 2020-2021 cohort of fellows, and is accepting audition applications from 9th, 10th and 11th graders until Friday September 4. Apply at their website: chicagopathways.com/audition. Aside from appearing as a CMPI soloist in December 2019, Abigail was on Introductions as a member of Chicago Youth Symphony Orchestras wind quintets in August 2019 and June 2020. 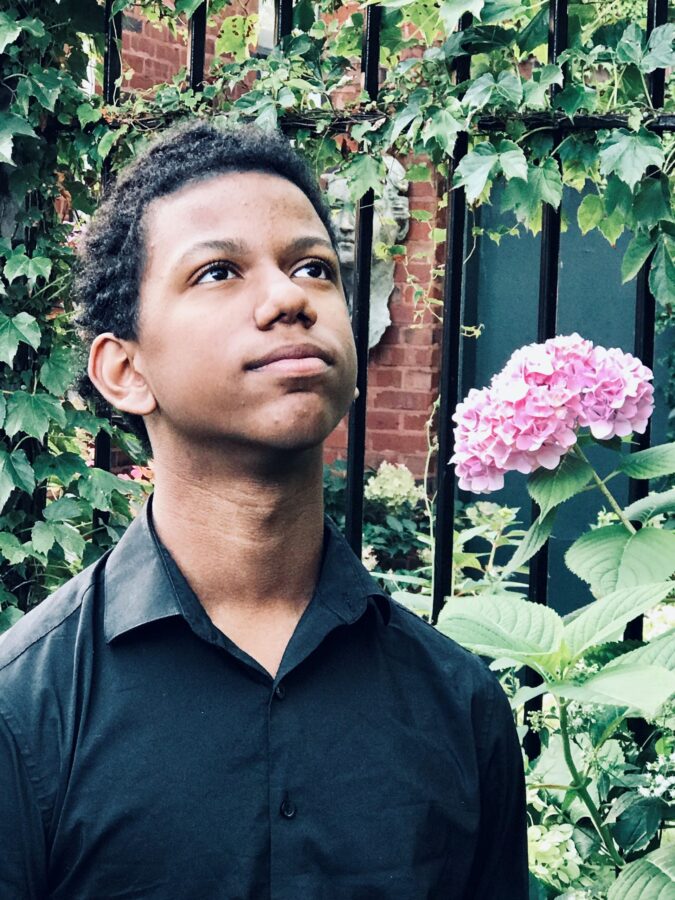 Cellist Jonathan Miller won first place in the Junior Division of the Society of American Musicians Competition (2018) and second place in the Music Festival in Honor of Confucius Competition (2018). He received honorable mentions in the Sphinx Competition (2019), the DePaul Concerto Festival for Young Performers (2019), and the Music Teachers National Association Competition (2019). At age six, he had the privilege of playing for Yo-Yo Ma, and at age seven his chamber performances began at the Music Institute of Chicago and continued at the University of Michigan. Jonathan has studied primarily with Tanya Carey, completing Suzuki Book 10 by age 10. He also has studied with Astrid Schween of the Juilliard String Quartet and Yumi Kendall of the Philadelphia Orchestra. He has performed in master classes with Richard Aaron, Anthony Elliott, Horacio Contreras, and Gabriel Cabezas. Jonathan loves reading, acting, creating visual art, learning a variety of musical instruments, and composing. 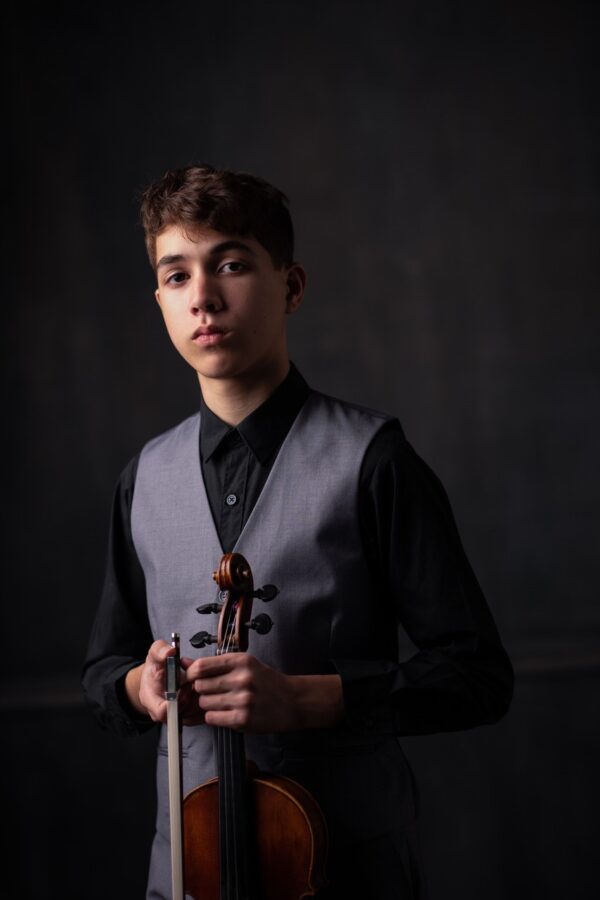 Sameer Agrawal is a Merit Fellow at the Academy of the Music Institute of Chicago, studying violin with Sang Mee Lee. Sameer made his solo orchestral debut at age 12, playing Sarasate’s Zigeunerweisen with the Northeastern Illinois University Symphony Orchestra. He has also performed as a soloist with the Oistrakh Symphony Orchestra of Chicago. Additional accolades include winning the DePaul Concerto Festival for Young Performers and the Chicago Chamber Music Festival Concerto Competition, as well as prizes at the Walgreens National Concerto Competition and the Sejong Cultural Society Competition. He was a featured soloist on the 2019 Stars of Tomorrow concert series, and was due to perform a recital as part of the Young Steinway Concert Series, now postponed due to the pandemic in 2020. Sameer appeared on Introductions earlier this month as a member of the Infini Quartet, coached by Rodolfo Vieira through the Music Institute of Chicago Academy. This summer he performed for Make Music Day Chicago on violin, viola, and piano; attended the virtual summer school of Center Stage Strings; and recorded a piece for eight violins by Andrew Norman called Gran Turismo, based on the popular video game. Sameer attends Northside College Prep, a Chicago Public School. In addition to performing, Sameer enjoys composing chamber and symphonic music, math, Rubik’s cubes, and computers. 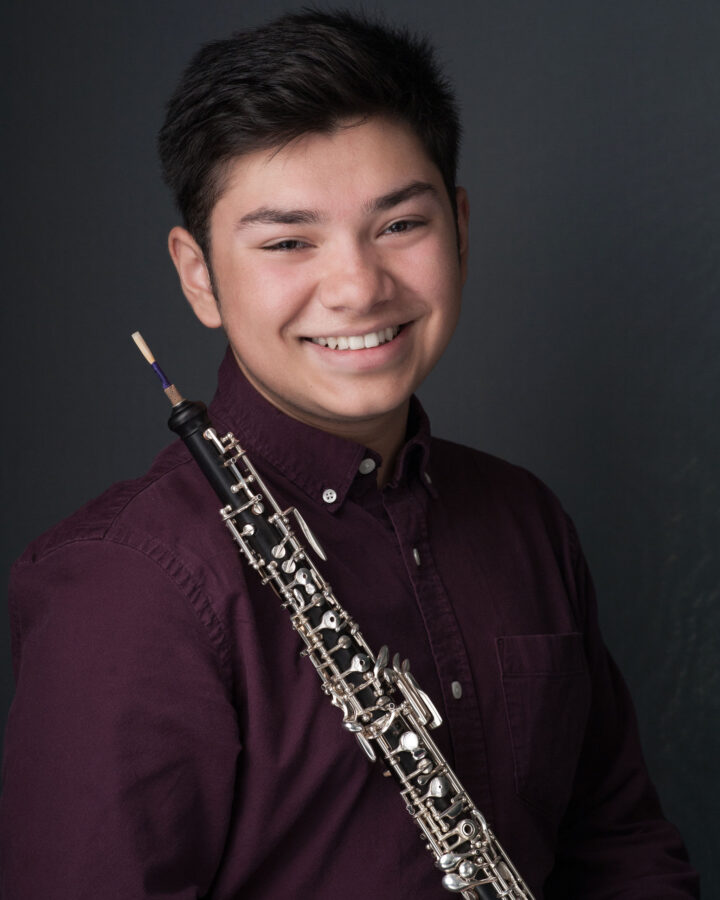 Oliver Talukder has been playing oboe for seven years. Oliver was in the Chicago Youth Symphony Orchestra (CYSO) from 2016 to 2020, and in addition to the Symphony Orchestra, he was involved in several other programs at CYSO including Chamber Music, the Ambassadors Program, Chamber Orchestra, and the Social Media Team. He was also a student at the People’s Music School and is also a fellow of the inaugural year of the Chicago Musical Pathways Initiative (CMPI). In summer 2019, Oliver was a member of Carnegie Hall’s prestigious National Youth Orchestra of the USA (NYO) and toured Europe with NYO in Germany, the United Kingdom, and the Netherlands. When he’s not playing the oboe, Oliver enjoys doing yoga and meditation. He attended Maine East High School in Park Ridge, and is about to start his freshman year at the Curtis Institute of Music in Philadelphia studying with Richard Woodhams.

Aside from appearing as a CMPI soloist in December 2019, Oliver was been on Introductions as a member of Chicago Youth Symphony Orchestras wind quintets in August 2019 and June 2020.