Lyric Opera of Chicago’s season opens this weekend in truly unprecedented fashion: with a virtual gala. The free, Sunday evening livestream — entitled For the Love of Lyric — will feature some of the brightest stars of opera, like Renée Fleming, Soloman Howard, Ailyn Pérez, J’Nai Bridges, as well as Tony and Grammy-winning singer, songwriter, and actress Heather Headley. Also featured will be members of the Ryan Opera Center and the Chicago Children’s Choir. The evening will feature music across genres: of course opera and art-song, but also musical theater, gospel, and more.

The virtual concert is one of the first performances Lyric has been able to share since shuttering in March. And with such a long absence, it’s clear that both audiences and performers are sorely missing live music. As a result, the gala is filled with highly personal selections: in something of a career retrospective, Fleming revisits works from the Marriage of Figaro, Strauss, and Broadway. Meanwhile, Headley shares songs from The Lion King, and The Wiz, among others.

Returning to Lyric for this gala is Doug Peck, the concert’s music director. Peck also directed a previous Lyric collaboration with Renée Fleming: 2017’s Chicago Voices concert. WFMT spoke with him about the challenges and benefits of a virtual concert and the vital role live vocal music can play in our lives.

WFMT: What is the benefit of live music, and why is it important right now?

Doug Peck: On our first filming day, I went to play the first C7 chord at the beginning of ‘Chi il bel sogno,’ which is not a particularly special or innovative chord. When I played it, Ailyn Pérez burst into tears. She said, “I haven’t heard anybody besides me play the piano for four months!” So for us as colleagues, the chance to make music together feels newly special. You just feel the voices on your skin and you get chills. And this concert, I hope, is a placeholder until we can all gather again and hear live music. But just the mere fact that we’re performing together live allows a liveness that one person in one room does not engender. 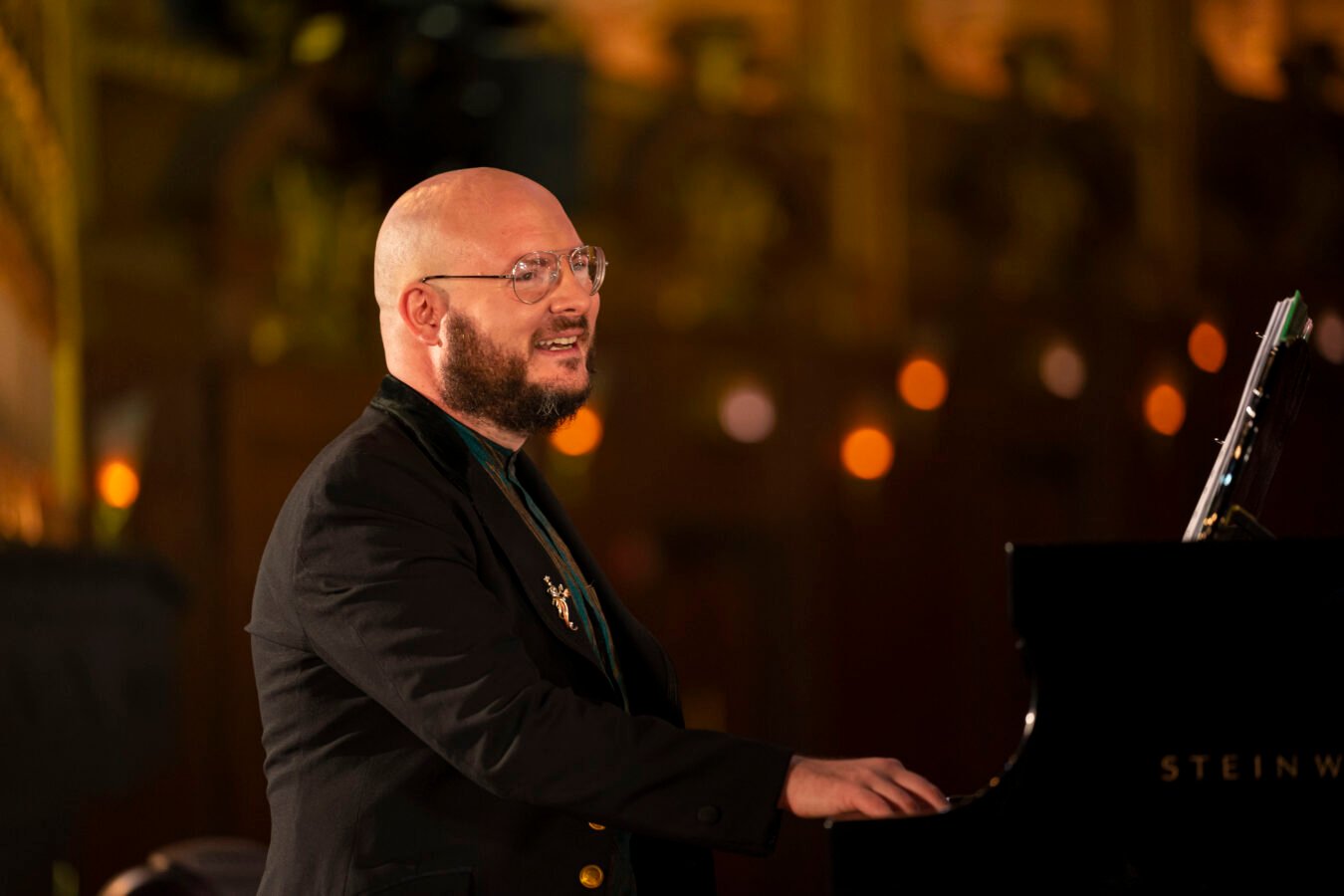 WFMT: What do you think is lost and gained in a virtual concert?

Peck: Well, as somebody who grew up experiencing opera on record and CD before I went to the opera house, there is that chance of rewinding and replaying, which, when you go to hear a gala in an opera house, you get it once, you let it wash over you, and then you remember some parts. For this virtual gala, this is going be up for several months. So a passionate opera fan could watch this over and over and in a Heather Headley or a Soloman Howard performance and think, “Oh, that I didn’t hear that on my fourth listen, but I hear it in my fifth listen.”

WFMT: As a performer, how do you think this concert will feel different?

Peck: I have done a couple of virtual galas before this, and being in the live chat as it airs is really fun and is a different mode of watching. Because if you go to an opera performance and you’re talking, someone will ask you to stop doing that. Whereas now you can watch and type. In every virtual event I’ve gone to so far, there are people that I know who I didn’t know would be there.

You don’t hear applause anymore, but you do see there are certain performances where there’s, like, 75 comments like that one’s really landing. And then somewhere there’s like three or four comments and maybe people are just spellbound and leaning into it.

WFMT: Has your preparation changed at all for this performance?

Peck: If you’re doing a gala concert, you’re thinking, “OK, I need stamina. I need to hold all of these pieces in my head. I need to remember how they all go. I need to remember all of the nuances.” In filming anything, there is always a different kind of preparation because you do it and then you’re done with it, so you don’t have to worry about it.

For this, we did a couple takes that we’re good with. And then a couple of weeks later, you check out the sound, the video balance, and then you sign off on it again. But it’s done, and as an artist, it’s interesting to put in everything you have a couple of times and then let it go.

WFMT: Talk to us about collaborating with Renée Fleming.

Peck: Renée Fleming is an artist who really believes in cross-genre, multi-genre collaborations and that the opera house can be a place for great voices of all genres. Renée believes that and make space for that, and it’s really beautiful. It’s also very flattering, and a little unnerving that she gives so much leeway once she trusts you. She really rolls with it and is so giving. And then, as someone who grew up hearing her, it’s just so beautiful to be in collaboration with an artist like that. I think it’s really the way forward for opera to be inclusive like that. And the fact that she gets that is really beautiful.

WFMT: What else is unique about this gala?

Peck: The plus of it, if we’re seeing pluses, is a lot of the repertoire we chose for this is intimate, conversational, really direct repertoire. We did want to think about what plays well on a computer screen. And all of the singers leaned into that part of their artistry, which is really, really nice to hear.

For me, Nina Simone’s quote that the artist’s duty is to reflect the times is central, always. We know there’s a pandemic. We know there’s civil unrest. We know we’re fighting for Black lives. We know that as performers, it’s going to be a while before performing again in person. So with all those ideas swimming around, each artist picked repertoire they’ve done before, and that feels very special to them.

For example, Ailyn did “Estrellita.” Chicago has a tremendous Spanish-speaking population, and as a Spanish speaker herself, she feels opera has not done enough historically to include them. Having that piece that doesn’t need translation, that’s in their home language, was really important. And the way she sings it, it’s really daring and allows her to kind of drop the grand diva. Just really be direct. 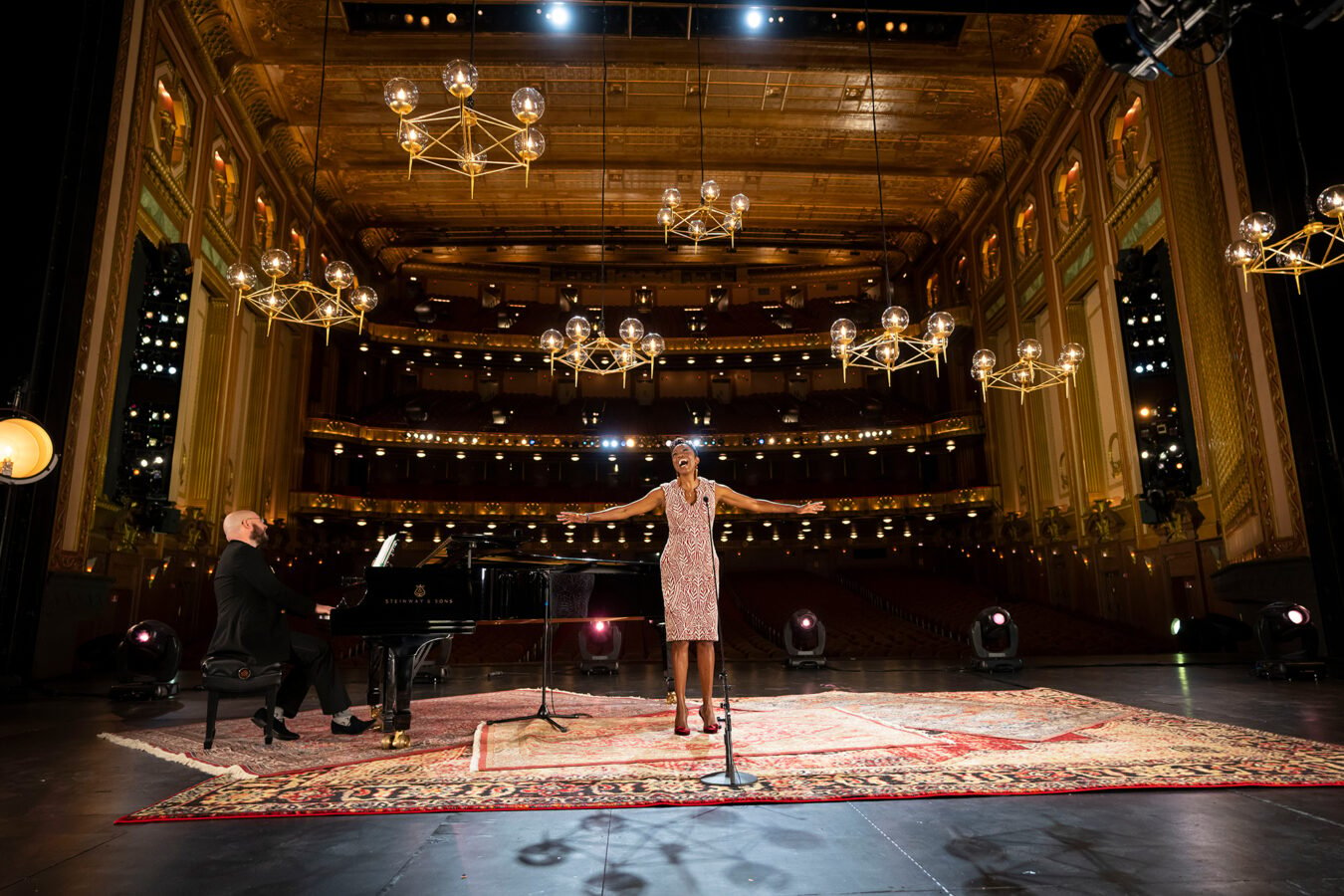 Then Heather Headley, to me, is just one of the best artists of our time. She sings “Shadowland,” which was her big song in The Lion King on Broadway. She says she has not sung it since she closed The Lion King. In the show, that’s a number with her and Rafiki and the whole chorus and orchestra. She and I thought to make it really stripped down, with a voice and piano, like a prayer.

The other thing I will mention is all performances that open the Lyric Opera season historically have begun with the national anthem. [This year,] we are opening with Soloman singing “Lift Every Voice and Sing,” the Black National Anthem. I grew up in Evanston, and my middle school was 50-50 White and Black and we sang that at assembly. So to me, that feels just as patriotic, but with a much better message. I hope this becomes a new tradition, frankly.

WFMT: Why do you think vocal music might be particularly resonant right now?

Peck: I’m a vocal music person, whether it’s opera, R& B jazz, gospel, musical theatre, I’m a vocal person. I think vocal music is obviously the first music that human beings made: our ancestors sang lullabies to each other, sang calls to each other, sang coded information to each other during slavery and other historical periods. Most world religions include song and include chant. It’s not that the music-making we’re doing in this concert works on exactly that level, but there is that ancient quality, that spiritual quality of someone talking to you. I do know that many people feel isolated and depressed right now. Obviously, a viola or a trumpet can reach you and can touch you. But a human voice talks to you, and its text is sending a message. 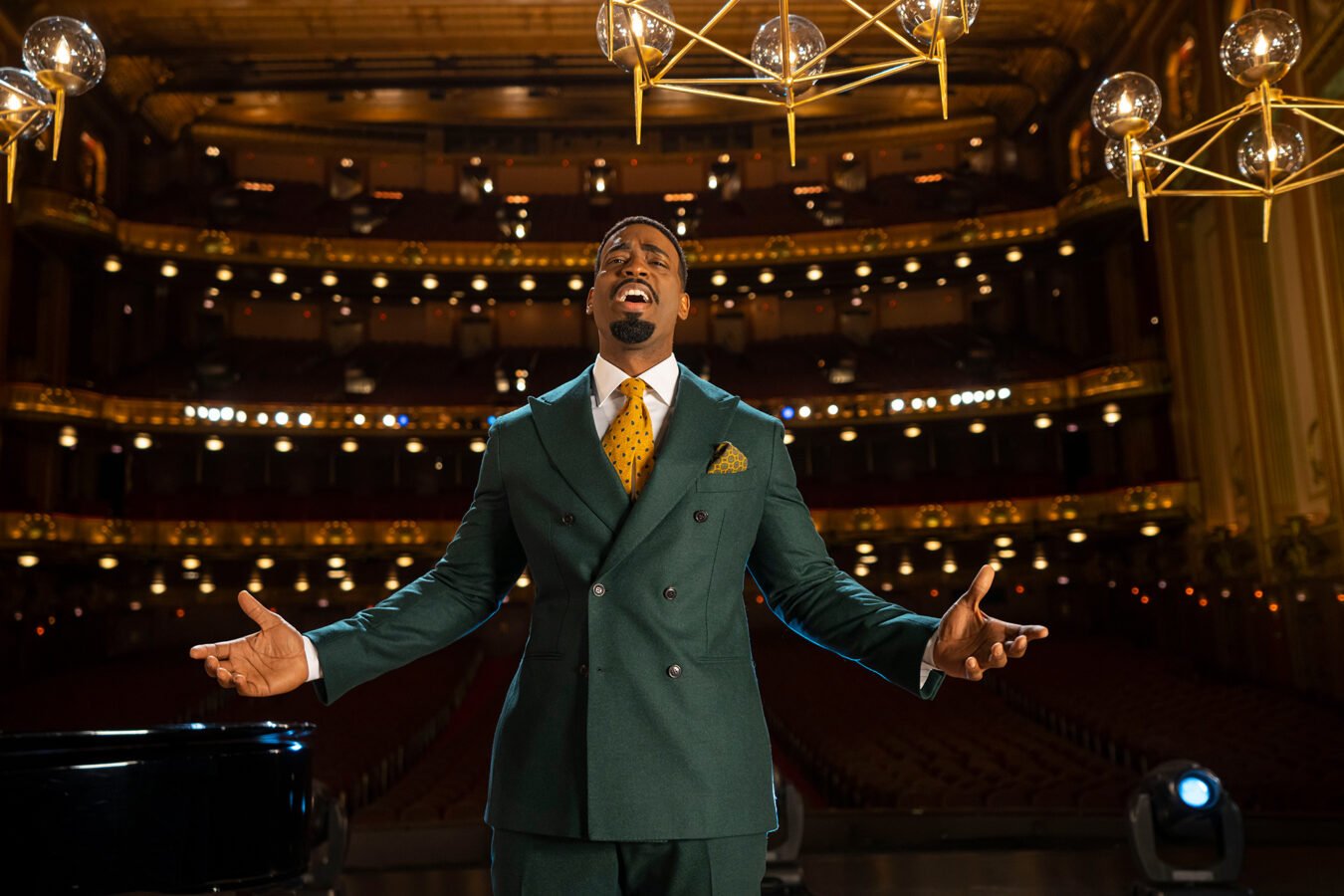 Tune in to the free For the Love of Lyric virtual gala on Facebook this Sunday, September 13 at 6:00 pm CT. For more information, visit lyricopera.org.