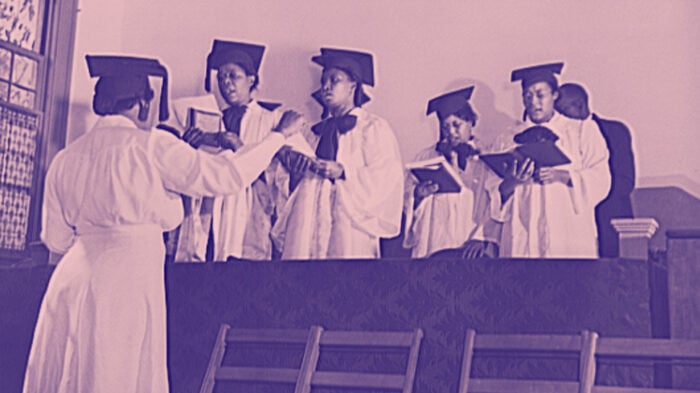 A choir performs in the Church of God in Christ, Washington D.C. 1942 (Photo: Gordon Parks, via Library of Congress)

Bringing with them a wealth of culture and spirituality, the first Africans to arrive in North America landed in Virginia in 1619, singing songs of their land and to their god(s). It would be over 100 years before those songs morphed into what we now recognize as Negro spirituals. Today, we can look at Black spirituality and see remnants of that culture bursting through the choir lofts of Black churches in America. This alone is a great testament to the journey Gospel music has taken from the moment the first African foot stepped onto plantations to the present day. Gospel music carries with it a union of the spirituality of those enslaved and the truth of our existence in this land.

Black people have used music and singing to tell the story of hope amid pain, promise amid peril, and immovable faith amid adversity. In some of our most cherished songs, we find ourselves “marching on till victory is won” and asking that “Jesus walk with us” along a “tedious journey.” Negro spirituals like “Swing Low, Sweet Chariot” and “Precious Lord” profess the trials that await on that road but declare victory knowing the destination is worth the strife. The power of voices like the Fisk Jubilee Singers, who introduced “slave songs” to the world in 1871; “The Queen of Gospel,” Mahalia Jackson, whose voice was the soundtrack to the Civil Rights Movement; and Richard Smallwood, who changed what it meant to use artistry to exalt God and uplift people across the diaspora.

There is no way to capture the full essence of how important Gospel music is and has been to Black people, or to capture its effect on other musical genres and American culture at large. Even Thomas A. Dorsey, a key figure in the genre’s development, was originally criticized for his influences from and impact on secular music. After moving to Chicago from Georgia, he was originally famous as arranger, composer, and accompanist to Blues singer Ma Rainey. He would eventually focus on arranging religious music and become Music Director at Pilgrim Baptist Church. 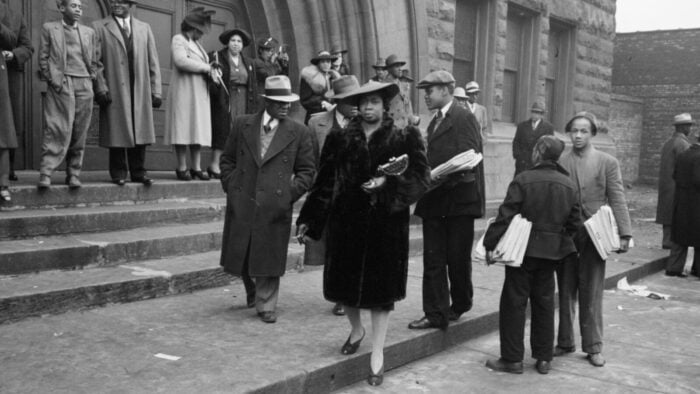 Easter Sunday 1941 in front of the Pilgrim Baptist Church on the South Side of Chicago (Photo: Russell Lee, via Library of Congress)

Music of the Black Church will tell part of this story in an hour-long special but there is so much more to be understood about this music. Here is a playlist I curated to further your listening and appreciation of the uniqueness of Black thought and spirituality through the years. It has been our battle sword and shield against oppression, our breath and source, it connects us to God and to our ancestors, and I invite you to use it to fuel your own journey toward justice and kindness.

It is my hope that this playlist — and the Music of the Black Church special — will provide a space for all to realize the absolute tenacity of a people determined to reach their hopes and dreams against all odds. May this connect you with them and other people around you. 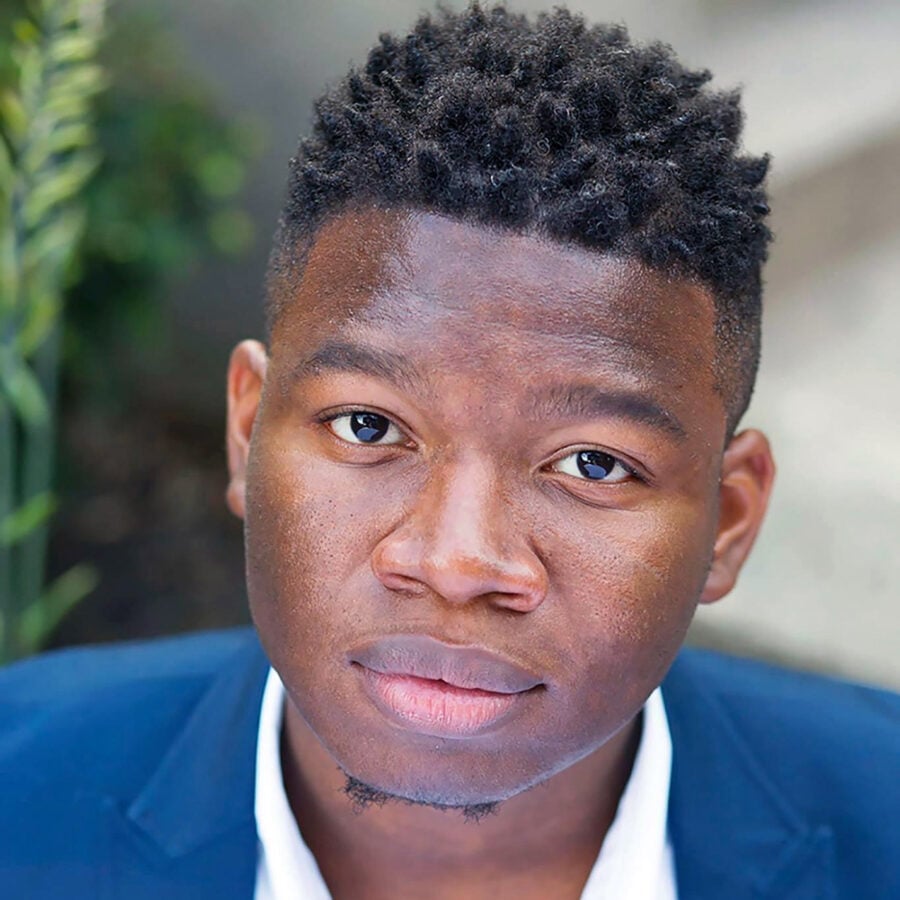 Join WFMT and host LaRob K. Rafael for Music of the Black Church, a program celebrating the music behind Black spirituality and the strength of a people determined to survive and thrive against all odds.

An intimate two-part four-hour series from Henry Louis Gates, Jr., The Black Church: This Is Our Story, This Is Our Song will explore the 400-year-old story of the black church in America, the changing nature of worship spaces, and the men and women who shepherded them from the pulpit, the choir loft, and church pews.

In the Age of the Visual Album, What Can Opera Learn from Beyoncé?
Hope and Strength: Celebrating Black Artistry with Lawrence Brownlee & Lyric
Lyric Returns With Free Star-Studded Virtual Gala
Willliam Grant Still’s Top 5 Works According to His Daughter, Judith Anne Still
Playlist: 11 Black Performers Instrumental to Classical Music
Capturing the Chevalier, One of the Most Remarkable Stories in Classical Music