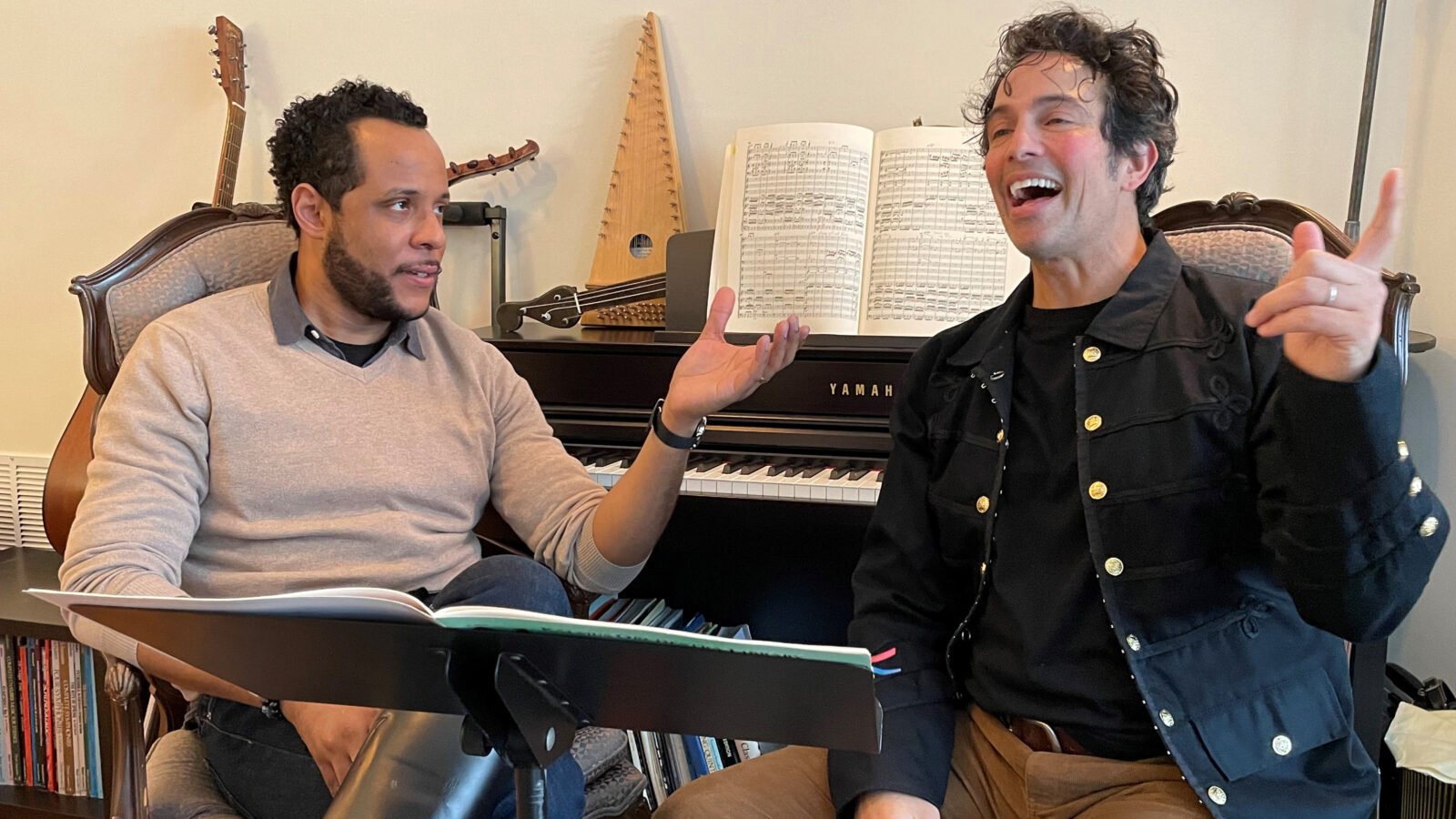 R. J. Foster [L] as Bologne and David Joseph [R] as Mozart in rehearsal for The Chevalier (Photo: Bill Barclay)

When you picture a classical composer, what comes to mind? It’s probably not Joseph Bologne, Chevalier de Saint-Georges. For one, Bologne was born in Guadeloupe to a planter and the sixteen-year-old woman he enslaved. Bologne was raised in France, where he received an education in music and combat that his father’s position afforded him while being excluded from many of the trappings of a life of nobility on account of his race. 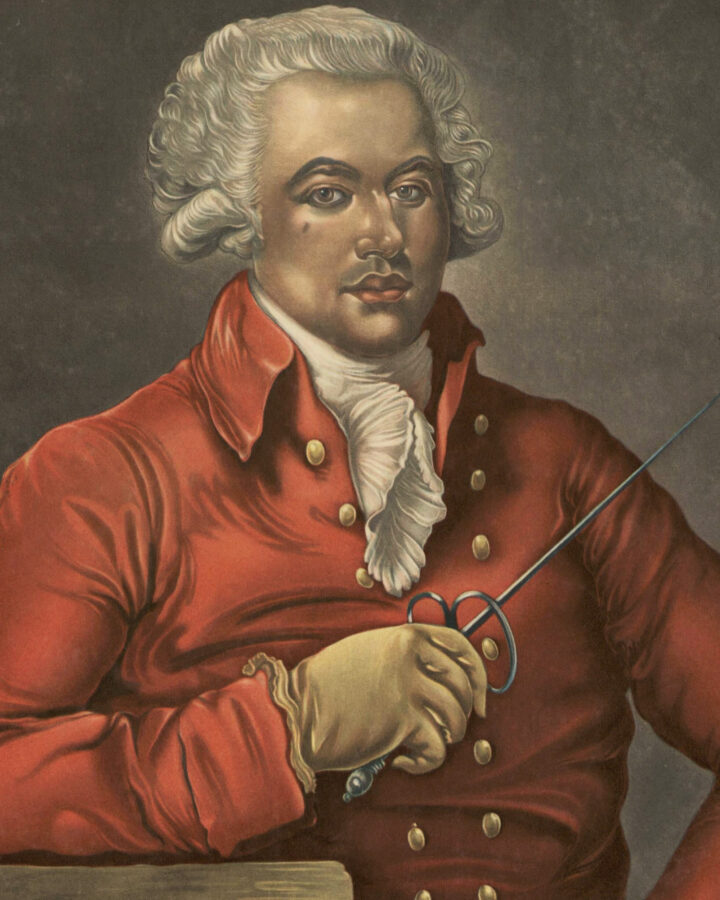 In his life, Bologne came to be an acclaimed violinist, conductor, and composer, a notorious lothario, a distinguished fencer and rider, a dedicated abolitionist, and an officer in the first all-Black military regiment in Europe.

“That’s what makes this so outrageous…” marvels Bill Barclay, “It’s like Paganini and Bruce Lee in one dude.” A composer-director-producer-writer, Barclay was director of music at Shakespeare’s Globe from 2012-2019 in addition to a bevy of other credits. He wrote and directed The Chevalier, a concert-theater work about the extraordinary life of Bologne.

One key contributor in the project is Dame Jane Glover, whose past collaborations with Barclay have led to a close friendship. Glover, the longtime music director of Music of the Baroque, is “the reason we are coming to Chicago” and conducts the concert in its three Chicago-area presentations at Symphony Center, in Skokie’s North Shore Center for the Performing Arts, and in the Austin neighborhood’s Kehrein Center for the Arts. “When this project came along,” Barclay recalls, “Jane championed it… she’s been a massive ally.”

Ahead of The Chevalier’s Chicago presentations, WFMT’s LaRob K. Rafael spoke with Barclay about the project’s genesis, Barclay’s historical and musicological research, and the challenges of capturing Bologne’s life in this form.

LaRob K. Rafael: How did this project come to be?

Bill Barclay: It was commissioned in 2018 by the Boston Symphony Orchestra in the first inaugural season of the Tanglewood Learning Institute. The goal was to teach people about the story behind the music. Since the BSO had already commissioned five previous adaptations of mine in previous years, they just said, “What have you got?” I said, “There’s this guy, Chevalier of Saint-Georges, and you’ve never played his music, and his story is absolutely fascinating.”

I should walk back a step because that conversation between white people was not the genesis of the idea. I was approached by two prominent people of color philanthropists: Margaret Casely-Hayford and Chi-chi Nwanoku, who told me they had my next story, Bologne. I read about him and was embarrassed that I hadn’t heard of him before. I began to research which of the major orchestras in the world were playing Bologne. And to my disappointment, I could find hardly any. 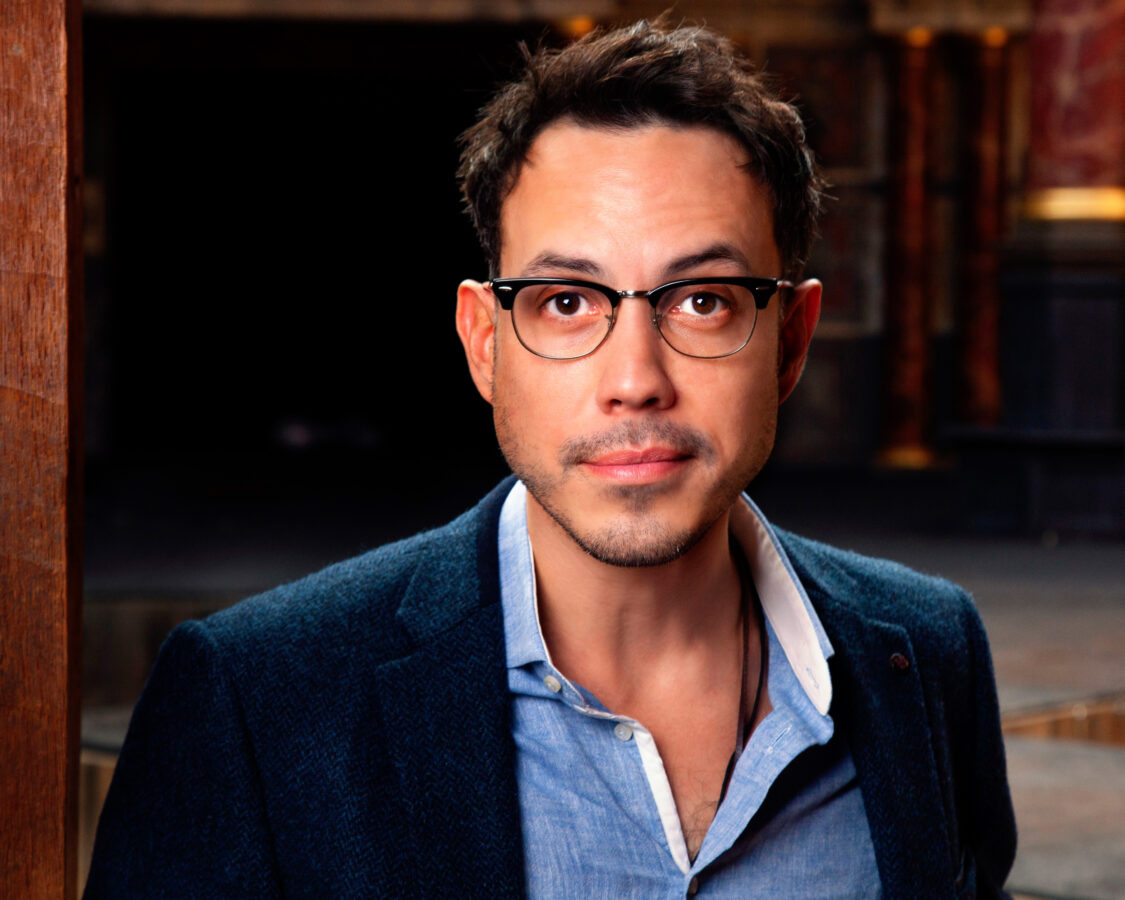 So, I did a concert presentation at Tanglewood, and the reception was extraordinary. I then decided to turn what I had written into a full-length Broadway production.

Classical music answered, and if I’m going to be cynical, I think many answered more because they were afraid of the call-out culture, but some of them took their responsibilities seriously and started to make efforts to program music by Black composers, to look for Black conductors, and to try to champion Black soloists as well as other people of color, women, and marginalized voices. It’s a great thing that that happened, and it’s unfortunate that it took six months of protests to make it happen.

But I say that because now we get an opportunity not necessarily to introduce the Chevalier, but that the table has been set for us to step into the light give the personality, the character, the nobility, the charm, the talent, the outrageous journey of Chevalier de Saint-Georges.

Rafael: What was the process to prepare the music for this piece?

Barclay: As people are starting to play Saint-Georges, they’re pretty much only playing two pieces; they’re playing the most famous violin concerto and they’re playing the L’amant anonyme overture. Granted, they’re some of his finest tunes, but he’s got a lot of other music that nobody has really picked up off the floor yet.

My goal was to present other facets of his musical personality so that the audience was getting a detailed introduction rather than just the survey piece, the token piece, if you like.

To do that, I had to rearrange a lot of the music. Most of the orchestration is flexible and has allowed me to take from opera, from a string quartet, from a concerto, from an overture. That’s basically the style of works I pulled from. I was able to present that all to Jane Glover, and I certainly needed her blessing. She is more knowledgeable than I am about this period by a factor of one hundred. 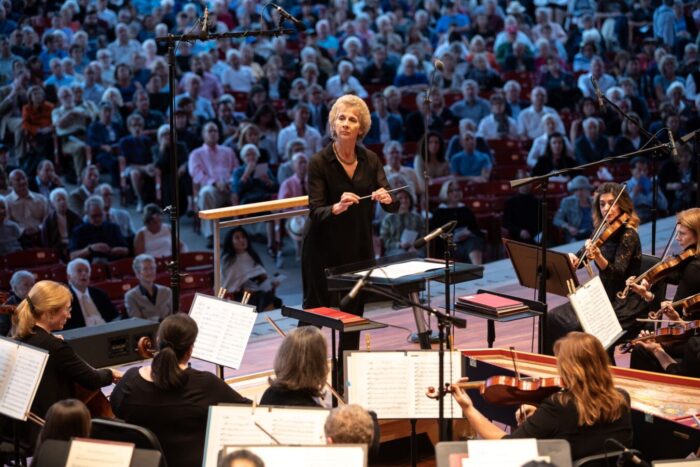 Rafael: Tell me a little bit more about your personal research about Bologne.

Barclay: He’s mixed race, and he’s trying to succeed at the Frenchman’s game. And so, because my blind spot here is personal connections and experiences with racism, I’m studying the music, looking for his personality. What kind of jokes he makes, whether he takes debate, what his reputation is, whether he wants to argue.

This is information for me, along with a couple of contemporaneous hints like he had a wild temper but that he was extremely noble, extremely gracious, and mannered.

There are two reactions to this. First, it reminds me of the angry black man trope. In other words, would a white person say that this Black guy got angry as a noticeable feature? And what does that mean? Those observations can’t necessarily be trusted. On the other hand, if this guy had pulled himself up from the bootstraps and had made himself a sensation and yet was barred from things like marriage, having honorable children, and being head of the Paris Opera, which he was denied because of his race, would he not harbor areas of anger? Well, that also makes sense. 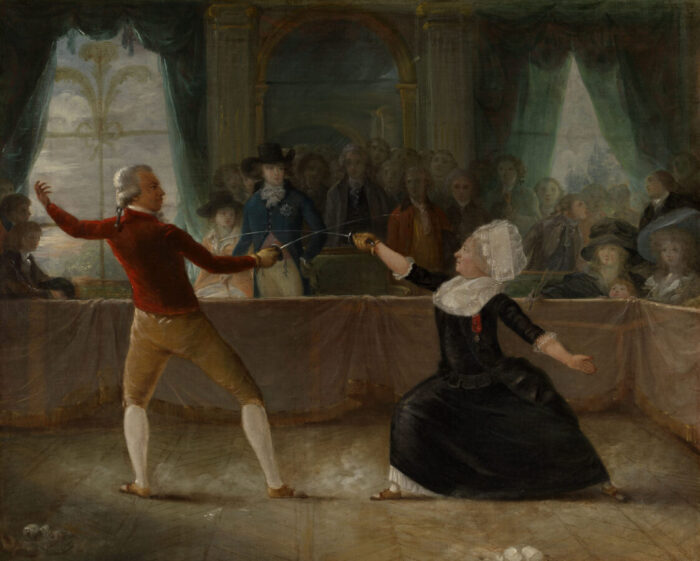 There’s a huge band of research, but then there is an act of interpretation that creates a story along the dramatic arc that allows people to follow it. That would allow the commercialization of this story to happen. Because that ultimately means more people are going to see it.

It’s trying to tell a good yarn while being as sensitive as possible to the truth.

Rafael: I appreciate you for acknowledging the difficulty of writing a story that is truthful with the missing context of racialization. I think that’s important. When you were writing this piece, was there input about his story from people who are Black?

Barclay: For all drafts of this piece, the full-length and the concert theater versions, I’ve solicited people of color to read, paid a dramaturg of color to help me with the research. The most rewarding feedback I’ve had about the script over the drafts has been from people of color.

I’ve had an Asian person read the script to give me comments, I’ve had had a Hispanic person read the script. It’s a larger issue just about inclusion; it’s not really about race, it’s more about how big a tent can this effort be to make people feel like it’s possible for a story to be written about this by a white person.

That’s a complicated question. And of course, there were many moments in which I thought it really wasn’t for me. I was putting myself out there in an uncomfortable way, but at the same time, I really feel like in many ways this story has chosen me in a funny way.

And so, the more people I can bring into the conversation, it makes the piece stronger.

Rafael: One of the places you are performing is the Kehrein Center for the Arts. Did you have any input on where the performances would be? What do you hope audiences take away from this work?

Barclay: Only that I really put polite pressure on Music of the Baroque to have us tour different neighborhoods because I felt like it was important for us to get into different communities with this story. They agreed and did a great job.

The Kehrein Center, and then Skokie, and then ending up in Symphony Hall? I couldn’t be more pleased. We’ve got three great selling opportunities to really get local people to those venues, maybe for the first time, because there’s something that doesn’t look like standard fare.

There are marginalized figures in our history everywhere, and everyone can participate in the resurrection of those stories. Even if they aren’t all as sensationalist as that of the Chevalier de Saint-Georges — I mean, there is kind no story more sensational — there are beautiful, marginalized stories that deserve to be ennobled in these venues and communities. Maybe they can inspire people into music education or maybe even into fencing! I hope that the local leaders in Austin and Skokie come and check it out.

Bill Barclay’s The Chevalier will be performed on February 18 at Kehrein Center for the Arts (where tickets are free), February 19 at North Shore Centre for the Performing Arts in Skokie, and February 20 at Symphony Center.

This interview has been edited for clarity and length.

In Their Own Words: Inspiring Quotes From Classical Artists, Members of the Arts Community, and Colleagues Who Died in 2021
10 Woman Conductors You Should Know
Grammys 2022: See All the Classical+ Nominees (And Winners)
In the Age of the Visual Album, What Can Opera Learn from Beyoncé?
Ryan McKinny on His Friendship, Artistic Partnership With a Death Row Inmate: 'We’re Human Just Like Him'
Sing Different: Why the Life of Apple's Steve Jobs Makes for Great Opera