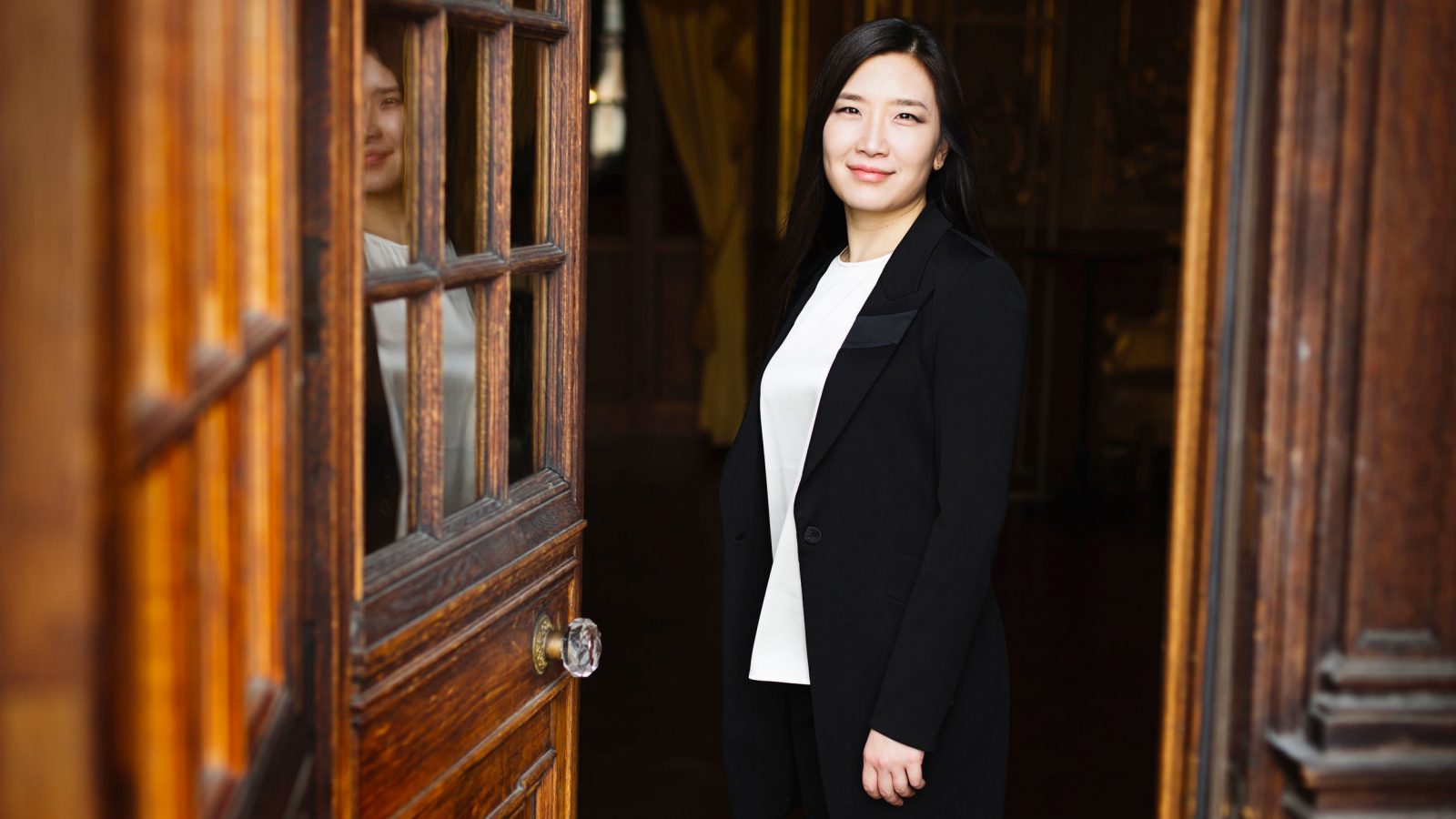 It’s been a very Puccini year for conductor Eun Sun Kim. This past summer, Kim opened her inaugural season as San Francisco Opera music director with Tosca, before conducting La bohème at the Met (she’ll be back on the Lincoln Center podium for a May run of La bohème, too) and at the Vienna State Opera. This month, she’ll lead another round of Tosca in her debut at Lyric Opera of Chicago before heading to Houston Grand Opera to conduct performances of Turandot.

Though this panoply of Puccini came together somewhat by chance — many performances (including the Lyric Tosca) are finally coming to audiences after nearly two years of postponement — it does illustrate Kim’s high regard for the “genius” music of Puccini. After all, it was La bohème that set her on her course to be one of the world’s leading conductors. But even so, Kim emphasizes the instantaneous, ephemeral nature of music-making, which demands looking at familiar scores with fresh eyes.

Ahead of her Lyric debut, which will see her conducting Michelle Bradley and Russell Thomas in Tosca, WFMT spoke to Eun Sun Kim about her path to the podium, balancing past and present in her conducting, and how she brings audiences “into the drama” of opera.

WFMT: How did you find classical music and how did you land on conducting?

Eun Sun Kim: I was a musical child. I played piano starting when I was three or four years old, but growing up, I did not aim to be a professional musician.

I went to public schools where the music teachers asked for volunteer pianists. One of our music teachers made me pay attention to composition. I ended up majoring in composition at university in Korea, but I spent most of the time accompanying my colleagues, instrumentalists, and singers, or making chamber music. I ended up becoming a rehearsal pianist in our university opera production, Puccini’s La bohème. There I met my conducting professor, who saw that I had the talent to be a conductor.

WFMT: The opera you’ll be conducting in Chicago is another Puccini work, Tosca. The work is extremely important in the San Francisco Opera repertoire, and in fact, it’s the opera you conducted this past summer to open your first season as music director.

Kim: Historically, Tosca has been a piece for San Francisco Opera whenever they reopened. After COVID, we reopened with that piece after one-and-a-half years of silence. And history is one thing, but music-making is actually always for now, for us, for the moment. Music is an ephemeral art. I am aware of our history, but when I focus on the score, I just focus on how I can do it better for today.

WFMT: Now tackling the same title in your debut at Lyric Opera of Chicago, is the preparation process any different for a new company, for a situation where you are guest conductor rather than music director?

Kim: In terms of studying and music-making there, it’s the same because whether I’m music director or a guest conductor on the podium, I’m the same person. That’s also the case whether it’s a new company or a familiar company. Though I do have to say I’m always excited — almost nervous — before the very first rehearsal.

But in terms of studying, whether it’s a new company or whether it’s a new piece versus a piece that I have done many times, I think I try to do the same thing. Even if it’s Tosca, I really try to see the score as if it were the first time. And although I study the score with my ideal interpretation in mind, the cast changes and the orchestra changes. I’m expecting to get new voices, new sound, a new dynamic from the group at Lyric.

WFMT: Another thing that changes from day to day is the audience. But across audiences, Tosca is a work that people hold dear; why do you think people respond so strongly to this opera?

Kim: Because it’s a masterpiece! Puccini was a perfectionist, and how he used instrumentation was genius. I am so curious about what was in his mind.

How the music speaks to everyone in the audience might differ. What I’m intending to share might not get there, but I always enjoy when audience members approach me after a show to say that this or that moment excited them! I think that’s the power of being in a live performance.

And for me, I think my task is how I really drive this music so everyone can feel that they’re not just watching as a passive action, but that they are in the drama, that they are driven by the performance. That’s when the invisible interaction happens. We cannot see the audience, but we certainly feel the energy.

Whether it is the 19th century, the 20th, or the 21st, I don’t think that what makes us human has changed that much. And that’s why this music — not only from Tosca but also from Beethoven and Mozart — speaks to us because music enables us to express our emotions and understand the world better. I think the combination between the drama and the musical language of Puccini makes this drama really special.