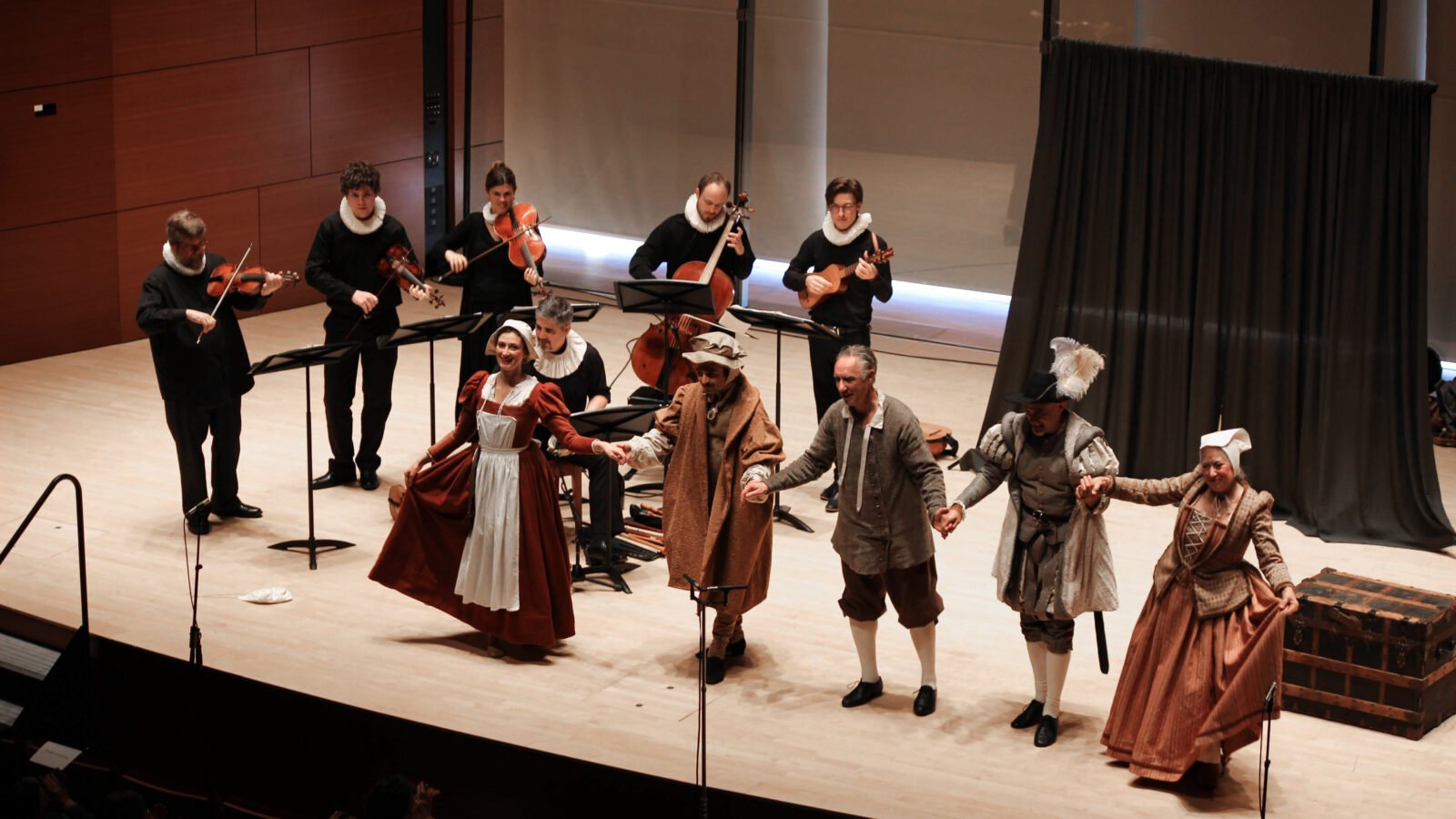 This weekend, the Newberry Consort, which specializes in Medieval, Renaissance, and Baroque music, will see the retirement of its longstanding directors, both of whom have spent more than 35 years with the ensemble.

Following performance and administrative tenures that started with the Consort’s very first concert for David Douglass and its second year for Ellen Hargis, both will be stepping back from the co-director roles they’ve held for nearly 15 years, making way for Liza Malamut, a trombonist, educator, and presenter who’s appeared with eminent baroque and early music ensembles around the world.

Under the husband-wife duo’s artistic directorship, the ensemble has had overcome everything from the tumult of a recession that lost the ensemble its residency at the Newberry Library to a global pandemic where, in Hargis’ words, “we’ve had to be ready to change everything every couple of weeks.”

All the while, the ensemble has continued to present inventive concerts with a signature combination of deep scholarship and engaging programming. We talked to David Douglass and Ellen Hargis about their careers with the Newberry Consort and about what the ensemble’s audiences can expect with this weekend’s program, Four Queens and a Joker, and beyond.

WFMT: How did you find your way to the Consort?

Ellen Hargis: We met as undergraduates, but we were both there with different majors. Mine was languages, possible choral conducting; I wasn’t sure.

I knew how to play the recorder, and the school had this renaissance group. I thought that sounded fun, so I tried out and got sucked into this amazing world of music.

David Douglass: I went into college as a chemistry major, thinking that I was going to give up music, and it just happened to be at a school where there was an undergraduate program in early music. I had never heard early music before at that point. I heard one concert, and I was totally — as Ellen said — sucked in. From college, I walked into performing with Swan Alley, with Paul O’Dette and Lyle Nordstrom.

Mary Springfels [founder of what would become the Newberry Consort] asked me to join this group at the Newberry Library. 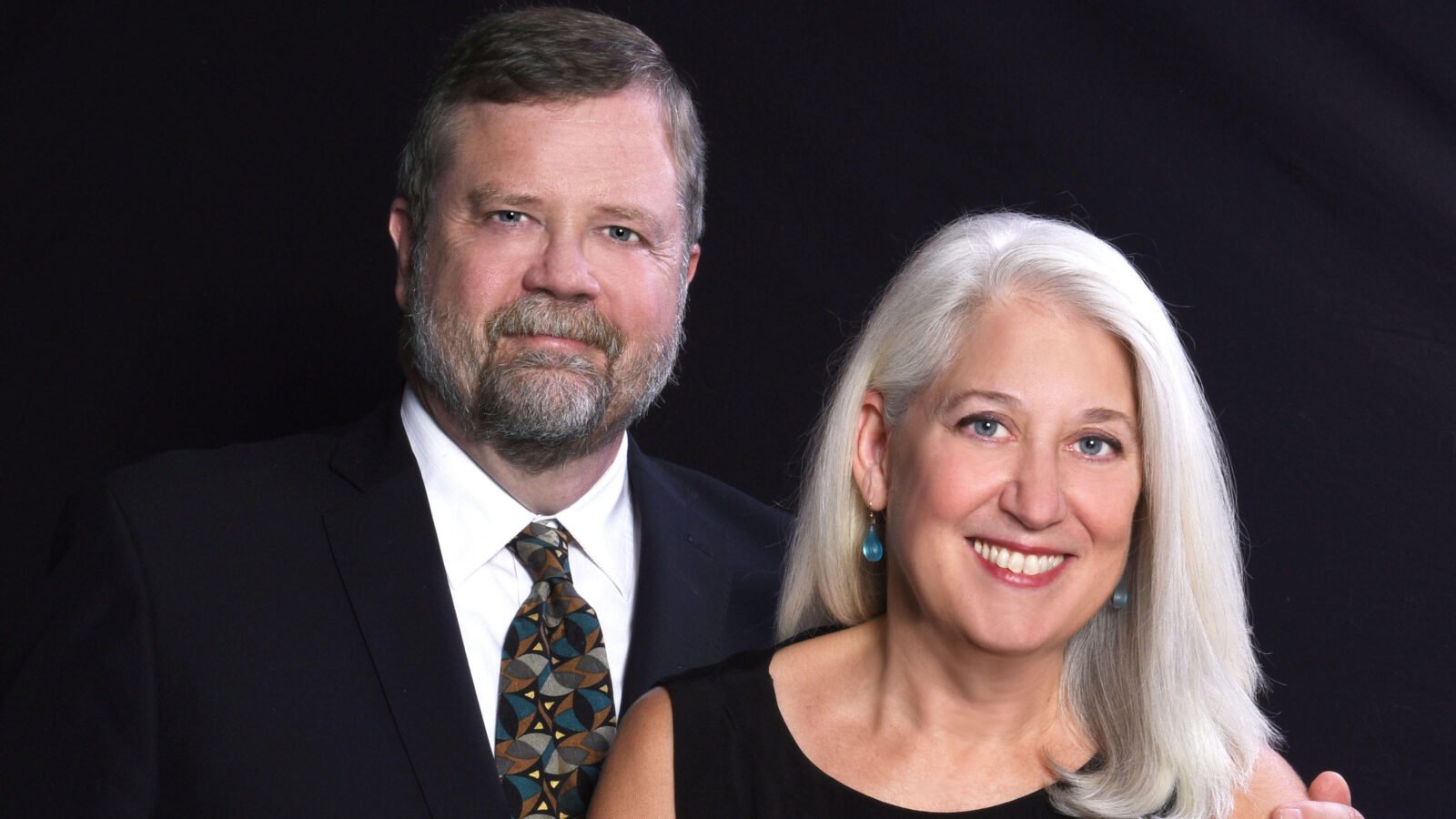 Hargis: For me, the Consort came along years later. I was starting out and sending cassette tapes to introduce myself to groups around the country. One of the people I sent a tape to was Mary, who was about to start a group.

Douglass: I was in the ensemble’s very first concert, and it was three hours of ars subtilior music. [Ellen laughs] Mary never pulled any punches, and she really set the standard for totally immersing yourself in a part of music you really knew nothing about.

In 2007, when Mary retired, I took over as director, and just a year later, the library had to curtail its programs because of the recession. So we struck out on our own and I brought Ellen aboard as co-director.  I felt like it was going to be a better ensemble with us collaborating on vocal and instrumental music. And it’s been quite a wonderful time.

WFMT: Although the residency is no longer in place, it seems that the missions of the Newberry Library and the Newberry Consort continue to be aligned. How does that relationship continue to guide the ensemble’s work?

Hargis: We don’t do our concert series there, but we do often collaborate with the people who work in the Center for Renaissance Studies. If they’ve got a special seminar or workshop and they there’s music that aligns with it, we’ll sometimes do a short collaboration or concert. And these have sometimes provided seed material for us to build a full-length concert.

Douglass: We’re treating music as a lens with which to evaluate another time and place. That is an amazing journey and that’s what we hope to bring.

Hargis: Researching and going down all these rabbit holes, that’s really what’s the most interesting for us.

WFMT: Talk about this upcoming concert, Four Queens and a Joker, and the rabbit holes you went down preparing it.

Hargis: It’s bookended by these fantastic choruses for four sopranos. It’s a close harmony, think the 17th-century Andrew Sisters, which is really, really fun. One is by Caldara, The Card Came, which is a fairly well-known piece. It’s funny and accessible.

And the other piece, La civetta (The Owl), has very unusual language like “You moved,” and “You didn’t hit my face!”

I went into one of these rabbit holes and found an Italian scholar, whose research describes La civetta as some kind of game that involves actual shoving and hitting. We also found that it’s a board game where you’re trying to trick one another. So all of that is hours and hours of research and fun for a fifteen-minute piece! And we’re going to have a riot with it. It’s very playful, but the singers are singing at a different meter than the instruments, so it’s like shifting sands: crazy, jazzy, and fun!

WFMT: Lastly, introduce us to your successor, Liza Malamut. What are you looking forward to, both in this new era for this ensemble and also in your personal new chapters?

Hargis: One of the most exciting things about Liza is that she’s a wind player, and the ensemble, in its history, has not had a wind player in a directorial or even very participatory role. Sho she’s going to bring her connections and her deep understanding of that repertoire. I think it’s going to be super refreshing and exciting, and we were excited to find somebody who has the same curiosity and scholarship we’ve had in our directing team.

Personally, I’ve got a long list of things, including publishing some of the music that I’ve edited, especially from the Mexican choir books; things that I did not have time to tackle while doing so much performing and teaching.

Douglass: I feel like I’m walking into new territory; I am going to have a chance to do a lot of the creative stuff that I just haven’t had a chance to do.

Hargis: There is a lot of putting out fires in our job, especially throughout the pandemic. I’m excited that we’re going to more concerts because we’re not always performing in them! We’ve also been able to get a subscription to Lyric; things that we couldn’t commit to before. That will be really nice.

The Newberry Consort will present Four Queens and a Joker in two performances: the first at 8:00 pm on Saturday, April 23 at the International House on the UChicago campus, and the second at 3:00 pm on Sunday, April 24 at Galvin Recital Hall on the Northwestern campus. Visit newberryconsort.org for ticketing and information.

This interview has been edited for length and clarity.

Waltzes in a Pandemic: How Vienna Phil Will Continue Its New Year’s Tradition
The Most Wonderful Time: Chicago-Area Holiday Concerts, Events
In Their Own Words: Inspiring Quotes From Classical Artists and Friends Who Died in 2022
How Classically Trained Navajo Pianist & Composer Connor Chee Weaves His Sound
In the Age of the Visual Album, What Can Opera Learn from Beyoncé?
10 Woman Conductors You Should Know