Join us on the radio or in person for Introductions in the Community – Live from Navy Pier. The Incendio Saxophone Trio and brothers Louis & Henry Auxenfans bring a range of lively music to the outdoor Lake Stage in Polk Bros Park, hosted by Robbie Ellis.

Lawn seating is available: bring your picnic rug! If you can’t make it in person, tune in on the radio or watch the livestream video on the Introductions Facebook page or right here on wfmt.com. 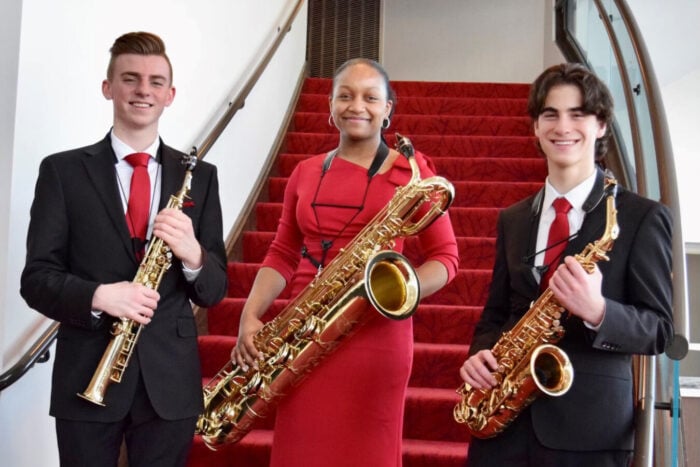 The Incendio Saxophone Trio is made up of Alexander Procajlo on soprano, Zachary Solomon on alto, and Emma Phillips on baritone, hailing from Victor J. Andrew High School in Tinley Park and Carl Sandburg High School in Orland Park. Coached by Bryan Polacek, they won the Silver Medal in the Junior Wind Division of the 2022 Fischoff National Chamber Music Competition, one of the country’s most prestigious competitions for high school musicians.

Alexander and Zachary previously appeared on Introductions in a similar saxophone trio in August 2021. 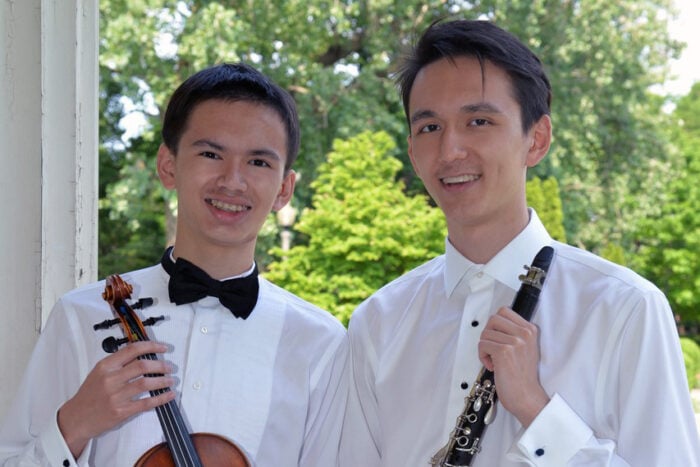 Louis and Henry Auxenfans live in Chicago’s South Loop neighborhood and attend University of Chicago Laboratory Schools. Both are principal players in Chicago Youth Symphony Orchestras‘ flagship ensembles. In this concert they’ll perform a violin and clarinet duo, plus one solo piece each.

The two of them have appeared on Introductions before: aside from multiple appearances as CYSO members, the they gave a joint brotherly recital on Introductions in February 2021, and Louis was featured as a concerto soloist in January 2022.

Louis Auxenfans, 17, is an accomplished clarinetist and pianist. In November 2021, he made his soloist debut at Symphony Center with the highest level of the Chicago Youth Symphony Orchestra (CYSO) as a result of winning their concerto competition. He was also named the 2022 Northwest Symphony Orchestra’s Paul Vermel Young Artist. He won the Scholarship Prize in the 2018 Crain-Maling Foundation CSO Young Artist Competition, and at age 13, he performed twice as a soloist at Carnegie Hall, taking first place in both the 2018 American Protégé Concerto Woodwind Competition and Piano Competition. He is a clarinet student of Ms. Kai-Yun Lu.

Violinist Henry Auxenfans, 15, has been honored with several national and international first prizes. He won First Prize at the 2022 The President’s Own United States Marine Band Concerto Competition, 2022 NYIAA (New York International Artists Association) Violin Competition, Lakeview Orchestra Young Artist Competition, and the 2022 Chicago Youth Symphony Orchestras Concerto Competition, which will result in a solo appearance with CYSO at their November concert at Symphony Hall. For the past five seasons, Henry has served as the concertmaster for various orchestras within CYSO and is currently the Co-concertmaster of the flagship Symphony Orchestra. He studies the violin with Frank Almond.