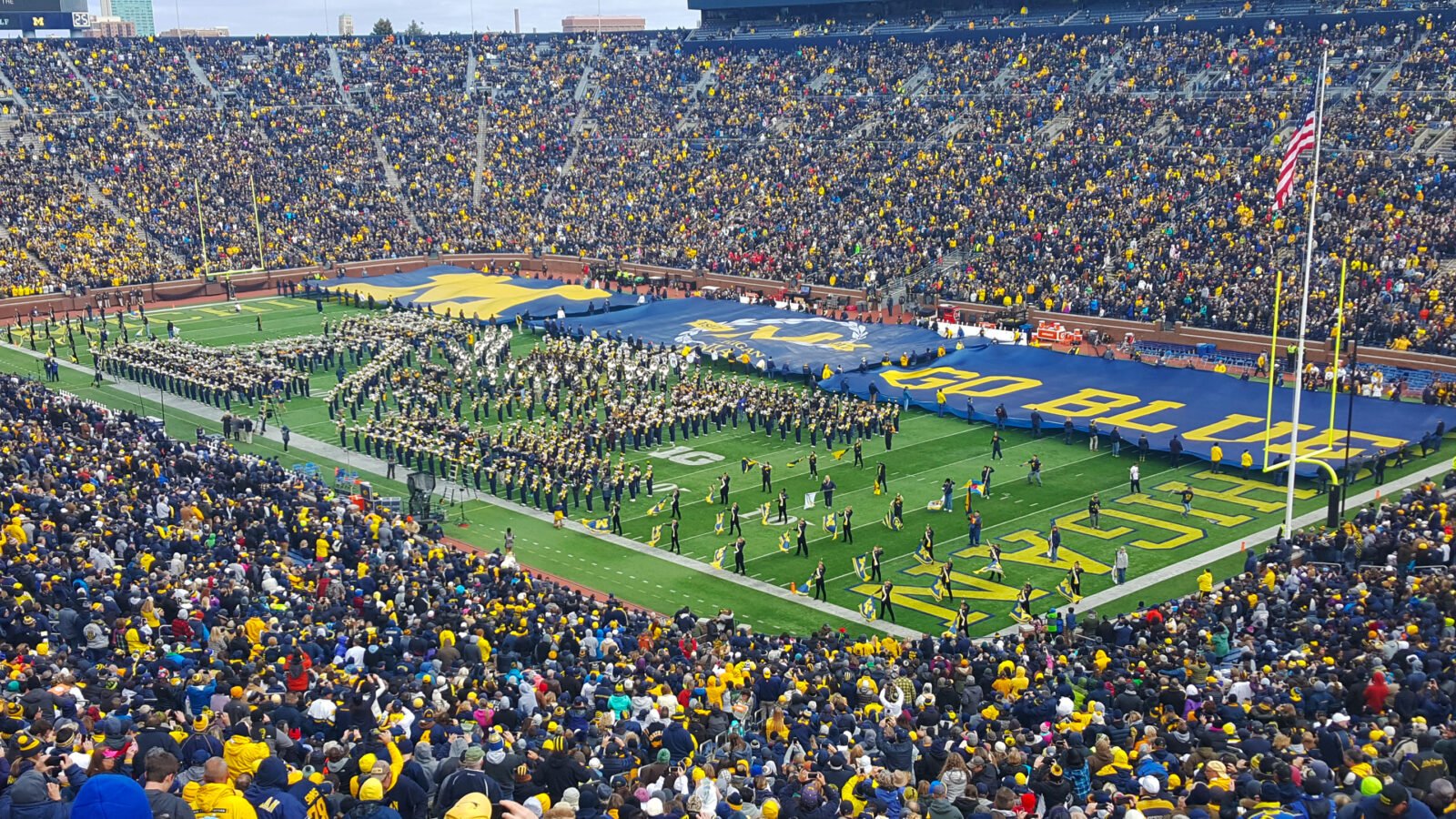 ANN ARBOR, Mich. (AP) — Wynton Marsalis has done just about everything in the world of music.

One thing he hasn't, however, is team up his Jazz at Lincoln Center Orchestra with a college marching band — until now.

"I've never seen a jazz band like ours play with a marching band, where the actual music we're playing is integrated into the music the band is playing," Marsalis said during one of his many stops this week in Ann Arbor, where the Grammy and Pulitzer winner is taking part in a weeklong residency at the University of Michigan.

On Thursday, the 60-year-old Marsalis and members of the JLCO strode onto the Michigan Marching Band's practice field to rehearse for Saturday's show. They'll play during the Michigan football team's game against Penn State at the 107,000-seat Michigan Stadium.

The legendary trumpeter opened the rehearsal with a solo that was met with raucous applause from those who packed the field. Afterward, Marsalis was surrounded by band members and others who waited patiently to pose for a picture with him.

The University Musical Society, a nonprofit affiliated with the University of Michigan and one of the oldest performing arts presenters in the country, brought Marsalis and his orchestra to southeast Michigan for the residency. It includes a pair of concerts at the school's Hill Auditorium as well as masterclasses and workshops, plus a performance for K-12 students and a visit to a federal prison.

And, of course, the halftime show at the Big House.

"Hopefully, you are going to win the game. We know the music is going to be good," Marsalis jabbed at Michigan athletic director Warde Manuel during a lecture and discussion earlier in the week at the Michigan Theater.

Mike Householder for the Associated Press