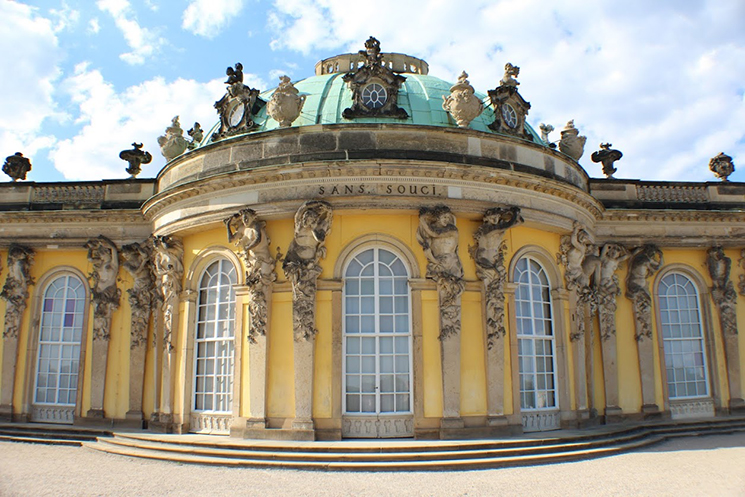 Sanssouci Palace in Potsdam, Germany, where Frederick the Great hosted many great musicians of the 18th century

For the last two weeks of September my wife Deb and I were treated to a cruise on the Rhine River thanks to YMT Vacations, one of WFMT’s loyal sponsors. Along with us were almost two-dozen WFMT listeners.

The tour involved land transportation and sightseeing from Munich to Bonn, where we then boarded the A Rosa Viva for eight relaxing days on one of the most scenic and culturally resplendent rivers in Europe: the Rhine.

We went as far north as the Netherlands, with stops at Rudesheim (the wine making center of the Rhineland), Cologne (home to one of the most astonishing cathedrals outside of Rome), Rotterdam (known for its modern architecture), and Amsterdam (famous for its canals, its rich history, windmills, and a certain easily obtained and quite legal substance that can enhance one’s appreciation of all of the above).

Back on land for a few days, we saw the places where Beethoven was born, where Goethe and Schiller held forth, and where Germany chose to restore and reaffirm the best parts of its history after World War II. All this was well coordinated by an expert set of friendly and knowledgeable guides.

And, there was the immense pleasure of getting to meet and travel with some of the station’s remarkable listeners. We made some wonderful new friends! Thanks to them and YMT we will always have some great memories to treasure. Enjoy some photos from our trip below. 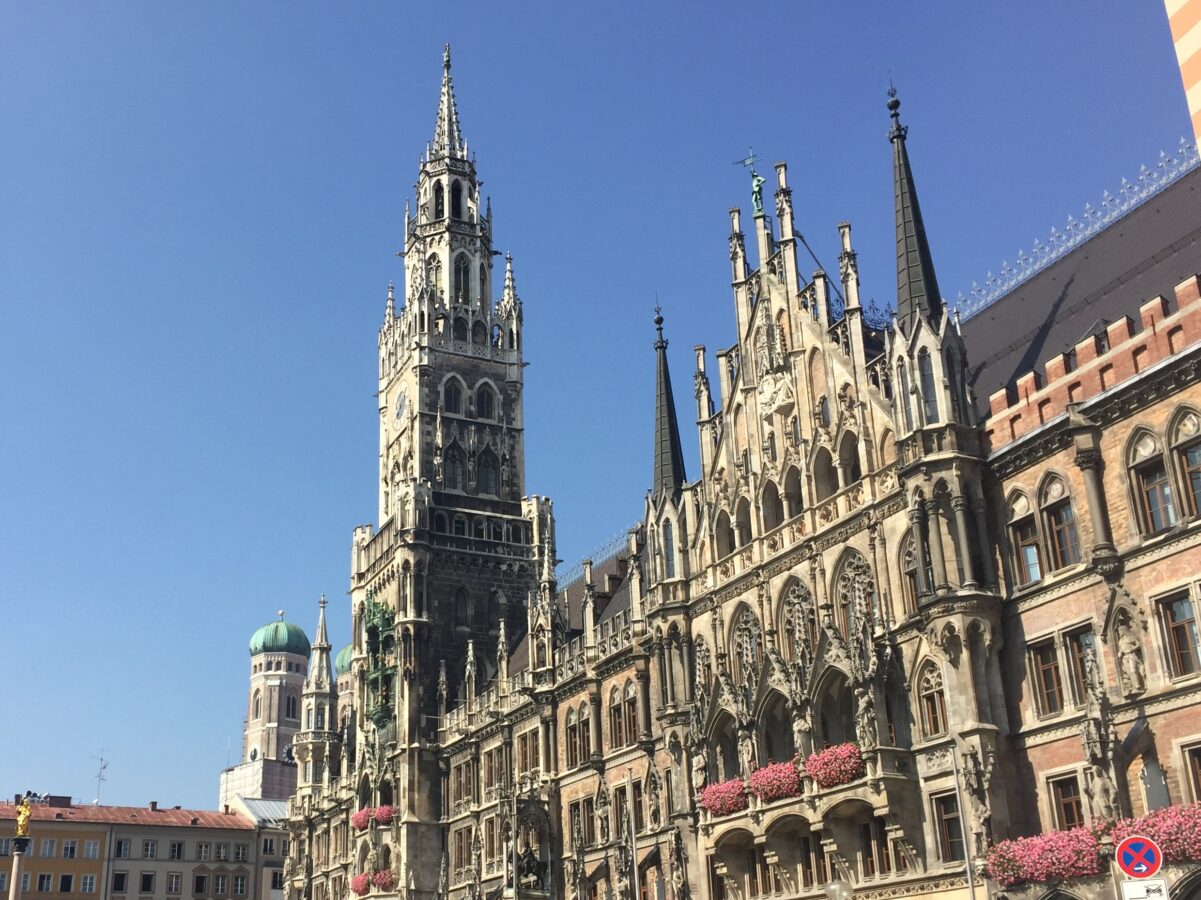 This is the New Town Hall in Marienplatz, Munich, which was one of the first sights we saw upon landing. 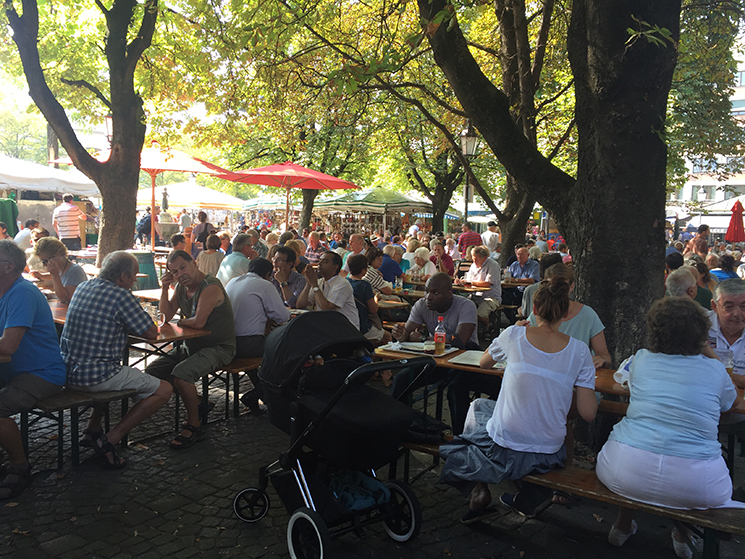 A typical beer garden in the center of Munich, where lots of people spend lots of time having a great time! Here we’re stopping for a bite in the principal wine-making district, Rudesheim. 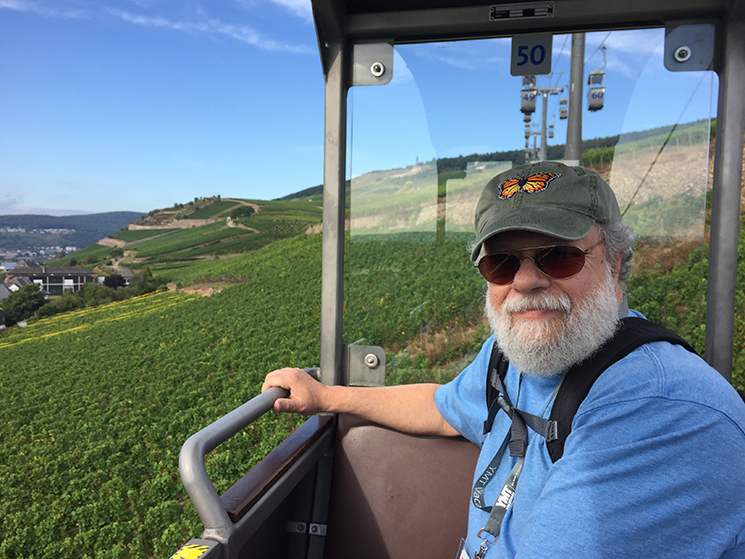 Here I’m ascending in a tram to an overlook with a view of Rudesheim. 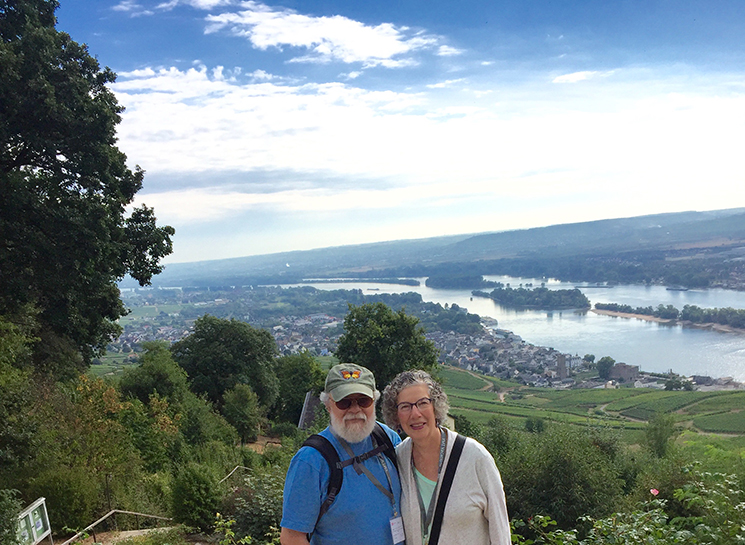 And here’s the view overlooking the Rhine River Valley with Deb. 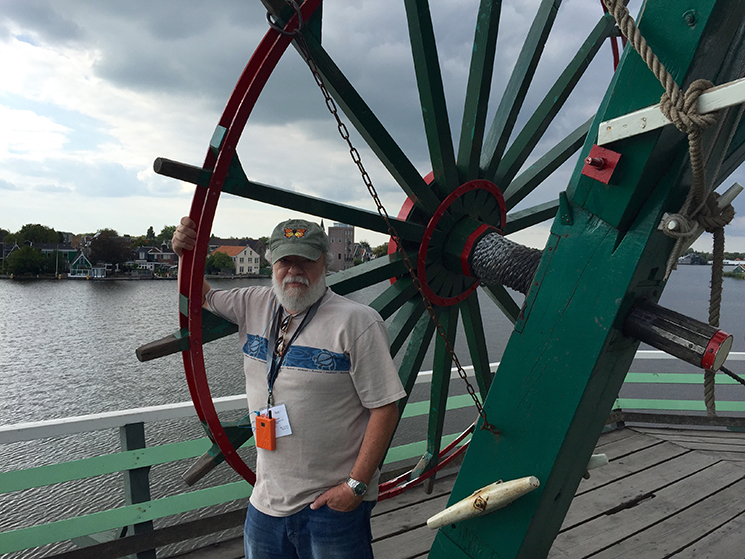 Here I am on top of a windmill outside of Amsterdam. 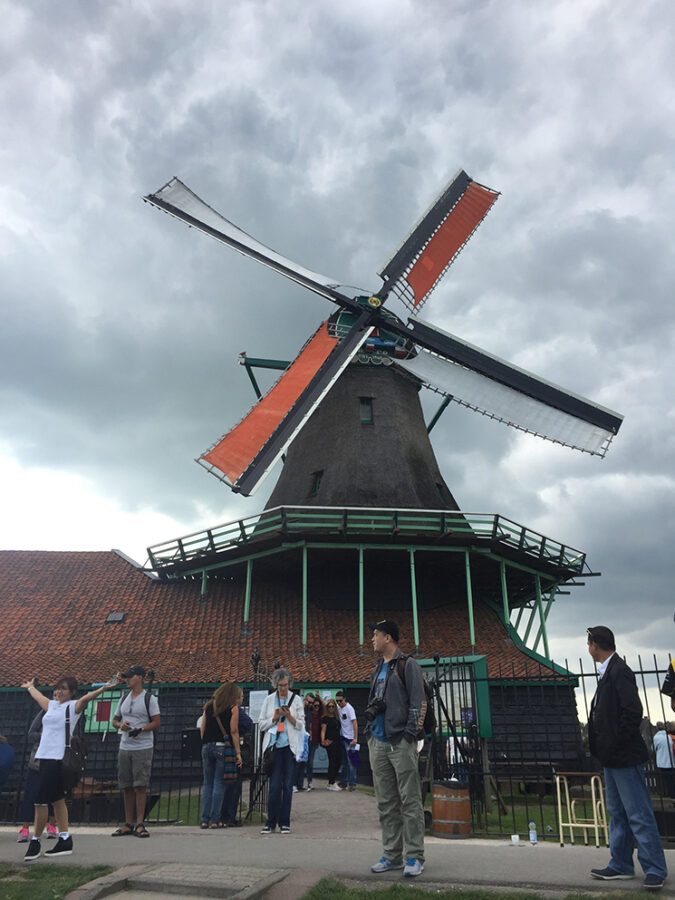 And here’s a view of the windmill — which still works! 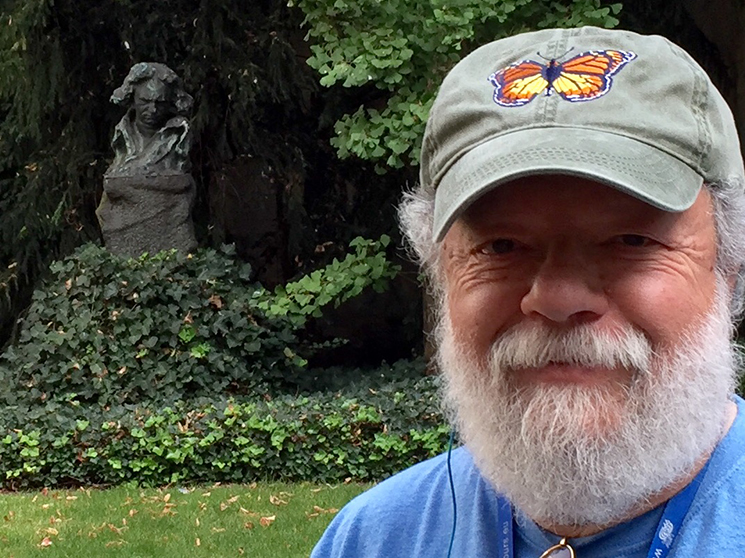 This is in Bonn, right outside of the Beethoven house, with a bust of Beethoven in the background and Brahms in the foreground. 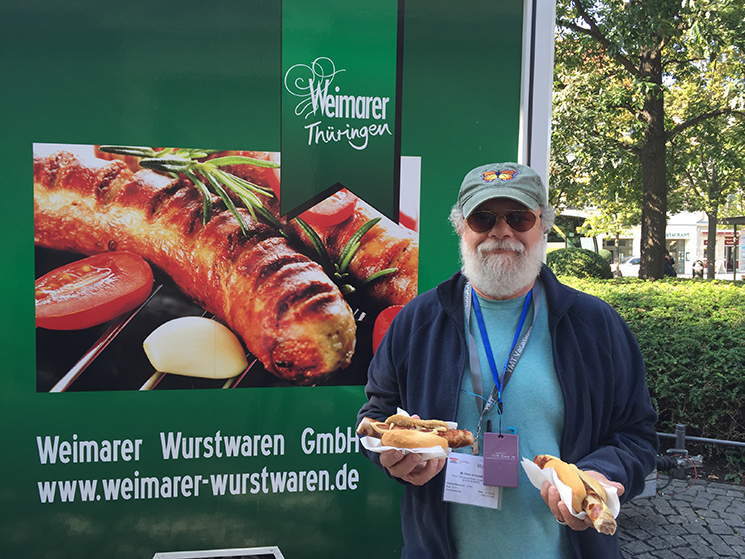 In Thüringen, I’m marveling at an incredibly delicious sausage topped with mustard – that’s all you need. 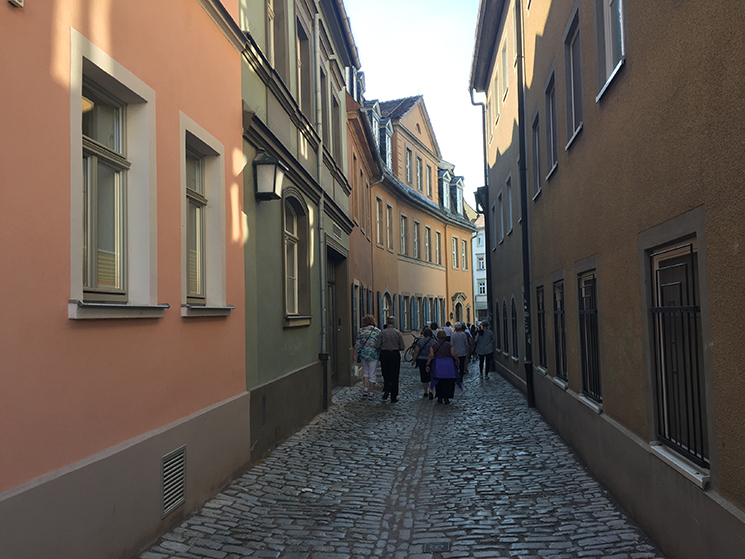 Here’s the real Goethe street in Weimar. It’s not called Goethe Street, though it’s the street where the famous author lived!