Riccardo Muti, the celebrated conductor from Naples, Italy, came to Chicago in 2010 when he became the 10th music director of the Chicago Symphony Orchestra. Since, Chicagoans have enjoyed many magical moments with the maestro both in Orchestra Hall at Symphony Center and beyond, as the CSO extends its reach with performances in the community. Read some of our favorite Muti moments below. Before the beginning of Muti’s first season as music director of the Chicago Symphony Orchestra, he conducted a free “Concert for Chicago” in Millennium Park in September 2010. The people of Chicago responded by turning out in spades. An estimated 25,000 people attended – so many that some had to be turned away! Muti’s formal concert debut later the same month raised more than a few eyebrows. The 2010-2011 season opener paired Berlioz’s Symphonie fantastique – a repertoire staple – with its less-performed sequel, Lélio. Berlioz himself intended the two to be performed together, but the sprawling and perplexing Lélio has long since fallen out of the repertoire. Berlioz described the work as a “mélologue,” or a musical melodrama-monologue with a narrator, played in the CSO’s performance by actor Gerard Depardieu. Respecting the composer’s wishes, Muti still refuses to perform Symphonie fantastique without its complement to this day. Chicago Symphony Orchestra music director Riccardo Muti shows residents of the Illinois Youth Center in Warrenville a photo of composer Francesco Paolo Tosti prior to playing one of his pieces. (Photo: Todd Rosenberg)

Upon being appointed music director of the CSO, Maestro Muti announced his goal to make classical music accessible to as many people as possible. In keeping with that promise, he visited the Illinois Youth Center, an incarceration center for teenage girls, in September 2010. A friendship blossomed between Muti and the girls at the facility, and he has since paid them more visits. Muti has also visited other youth detention centers and prisons in the Chicago area, as you can read below. After fainting during rehearsal, Muti was admitted to Northwestern Hospital to receive a pacemaker and treatment for facial fractures. Upon his release in March 2011, the grateful maestro thanked the attentive doctors by putting on chamber concerts in the hospital. CSO musicians played Bach, Haydn, and Mozart for over 500 hospital employees, and the performances were streamed to patients through Northwestern’s closed-circuit TV network. Hailed as one of the leading Verdi interpreters, Muti led the CSO in an electrifying rendition of Verdi’s Requiem that was live-streamed to audiences around the world in October 2013. The video is still available on the CSO’s website. Incidentally, the Requiem was the center of another milestone: it was the first piece Muti recorded with the orchestra in 2009, just after he was appointed music director but before he officially assumed this role in Chicago. Muti has shown off his Chicago pride on more than one occasion. When the Blackhawks won the Stanley Cup in 2013, Muti donned a Blackhawks jersey and led the CSO in a rousing rendition of “Chelsea Dagger,” the Hawks’ goal song. A video of the performance went viral, and a more buttoned-up CSO recently reprised the tune in concert at the end of the 2014/15 season. Maestro Riccardo Muti typically doesn’t pass through a metal detector or get a pat-down before conducting a concert. But the intimate recital he presented with Joyce DiDonato, Eric Owens, and musicians of the Chicago Symphony Orchestra on Sunday, September 25, 2016, was different. The concert took place at the Illinois Youth Center-Chicago (IYC-Chicago), one of five facilities that are part of the Illinois Department of Juvenile Justice. Muti has made eight visits to Chicago-area correctional facilities in an effort to bring music into the community. This was his second time at IYC-Chicago.

The performance was hosted in a space that also doubles as a basketball court, with paintings of famous basketball players on the walls, including Michael Jordan stylized as the “Jumpman” logo for his Air Jordan line of footwear. Dozens of young men filed into rows of blue plastic chairs, all wearing the same blue pants, blue shirts, and white sneakers fastened with Velcro straps. Read the full story here.

Muti “Lifts Every Voice” on the South Side 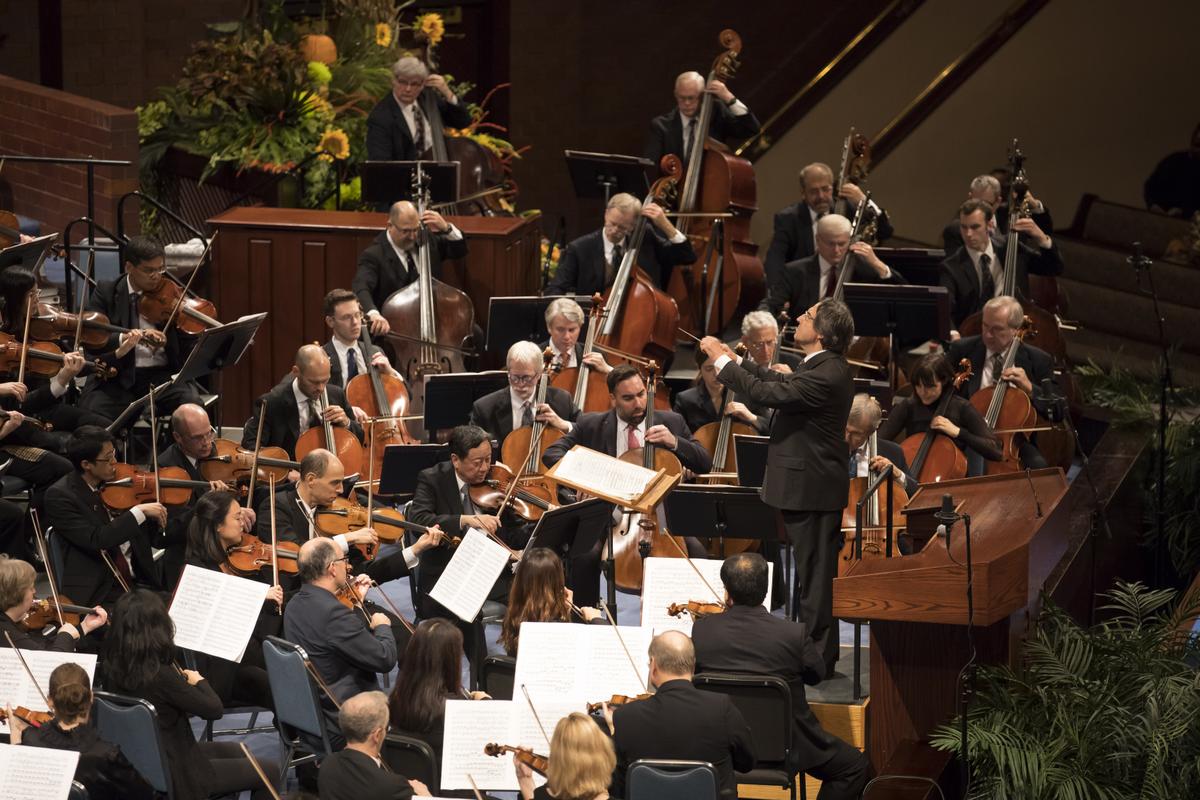 As soon as the Chicago Symphony Orchestra played the first four notes of Beethoven’s Symphony No. 5, an audience of over 3,000 at the Apostolic Church of God on Chicago’s South Side broke into applause. Riccardo Muti, the Chicago Symphony Orchestra’s music director, stopped the orchestra, laughing, and said “This is a difficult beginning, so you are forcing me to try again! Can we try once more?” The concert, which took place Thursday, October 13, 2016, marked Muti’s second visit to the church, located in the neighborhood of Woodlawn, where over 85% of the population is African American. Muti and the CSO first performed at the Apostolic Church of God in 2011.

The audience was treated to a performance of “Lift Every Voice and Sing,” the official song of the National Association for the Advancement of Colored People (NAACP), with a specially assembled chorus accompanied by members of the orchestra. The orchestra then continued with Beethoven’s Leonore Overture No. 3. At the end of the concert, Muti said he chose two works by Beethoven because of their “message of freedom, liberty, brotherhood…all the good feelings that little by little in the world are disappearing.” Before leaving the stage, the Maestro invited everyone in the room to join the orchestra downtown. “We come to you, but we will be very, very happy to see you in our concert hall. Let’s make us a big family.”

Muti takes us out to the ballgame

Chicago had a lot to celebrate in the fall of 2016 when the Cubs won the World Series. Maybe the encouragement of Muti and the Chicgao Symphony Orchestra playing “Take Me Out to the Ballgame” helped the Cubs knock it out of the park?