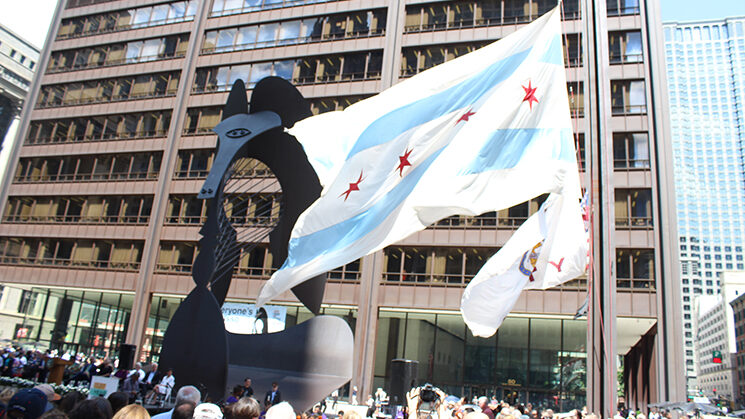 One of Chicago's most iconic landmarks is an unnamed sculpture by Pablo Picasso that stands 50 feet tall in Daley Plaza, located in the heart of downtown. It may be surprising that the artist didn't name his first large-scale civic sculpture (it weighs 162 tons!) and one the most imposing works he ever created.

For 50 years, the sculpture, known simply as the Chicago Picasso, has delighted and baffled passersby. What is it? A human? A baboon? A horse? Something else entirely? The artist never revealed his inspiration. But, when the sculpture was originally unveiled in 1967, WFMT's own Studs Terkel asked Chicagoans what they thought of the city's latest piece of public art and received a wide range of reactions. 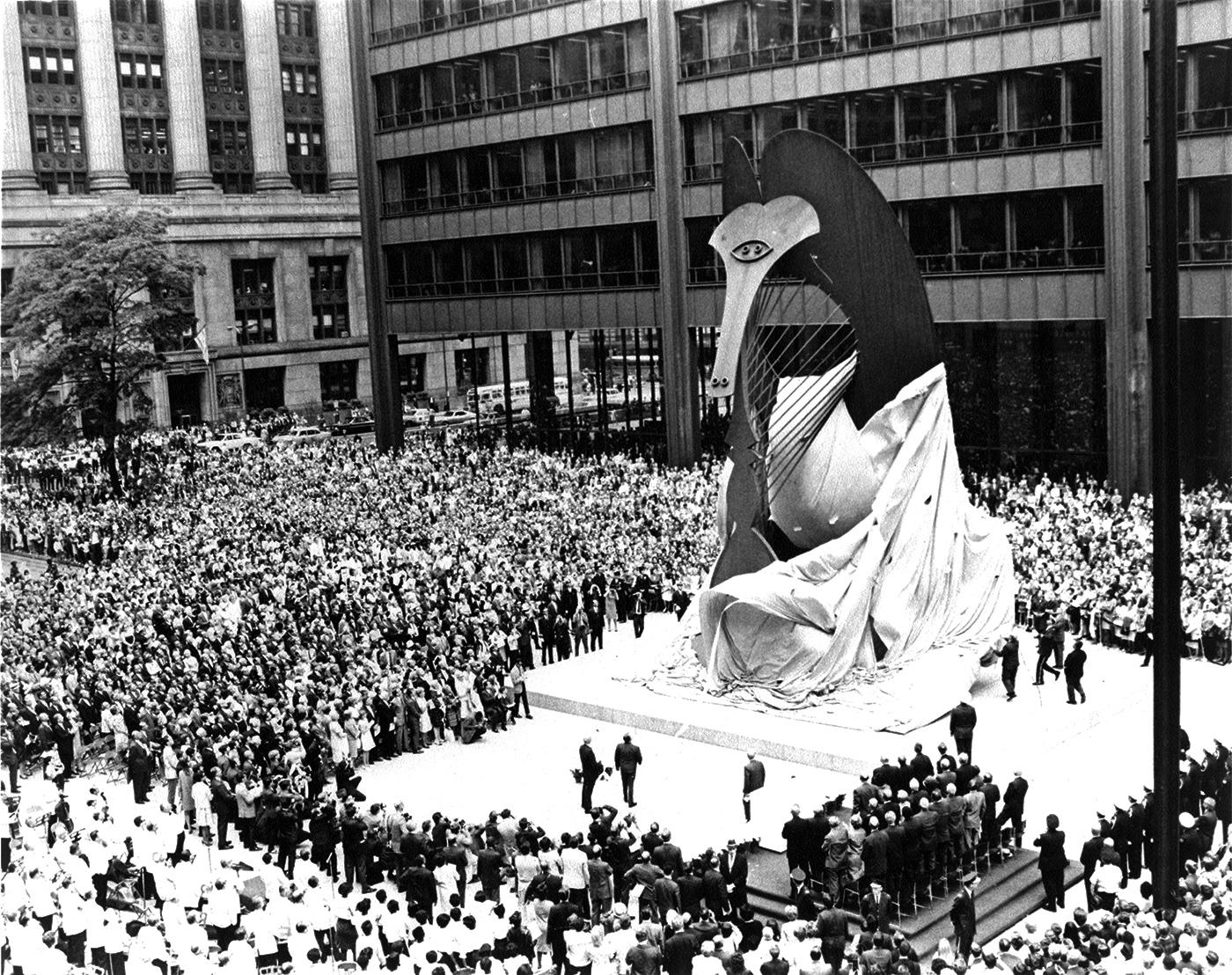 The unveiling of the Chicago Picasso (Photo courtesy DCASE)

Fifty years later, we at WFMT wanted to see how Chicagoans feel about the Picasso statue in Daley Plaza today. So we attended Everyone's Picasso, a restaging of the original dedication ceremony, presented by the Chicago Department of Cultural Affairs and Special Events, which took place on Tuesday, August 8, 2017.

Many civic leaders, including Mayor Rahm Emanuel, were present at the event, as well as attendees of the original dedication ceremony in 1967. And what celebration would be complete without music? The crowd gathered at Daley Plaza enjoyed musical performances by the Chicago Children's Choir, which performed at the original ceremony, and the After School Matters Orchestra, which played one of the same works presented by the Chicago Symphony Orchestra in 1967. 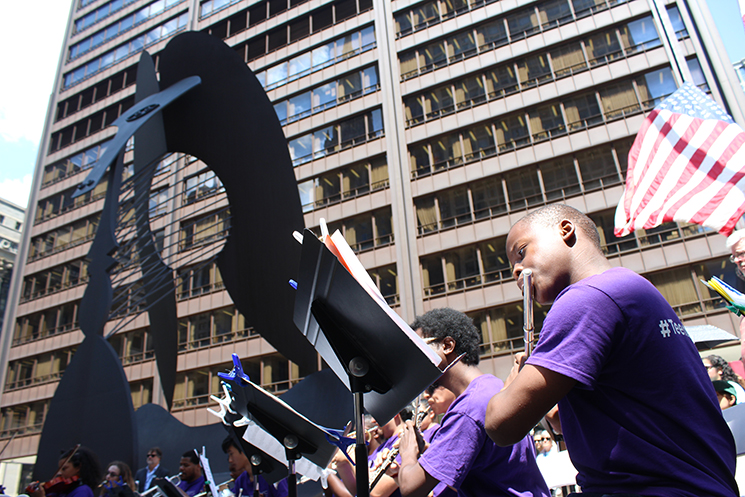 Musicians of the After School Matters Orchestra perform at "Everyone's Picasso" 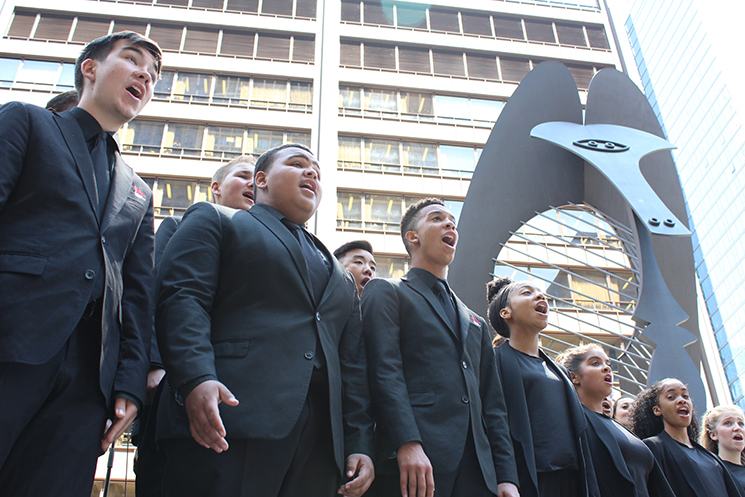 WFMT teamed up with teens from YouMedia, a Chicago Public Library initiative training the media professionals of tomorrow, to ask attendees at Everyone's Picasso what they think of the statue. Watch their reactions in the video below.

As soon as the celebration ended, some attendees decided that the Chicago Picasso should return to one of its current primary purposes: a slide. The statue truly is everyone's Picasso. The Most Wonderful Time: Chicago-Area Holiday Concerts, Events
In Their Own Words: Inspiring Quotes From Classical Artists and Friends Who Died in 2022
See Photo Highlights from WFMT's 70th Anniversary Day of Celebration
Terell Johnson on Extending the 'Great Path' of the Chicago Phil
Playlist: Listening to the 'L', CTA-Centric Music from Classical to Hip-Hop
Bach, Borge, Biden: Ed O’Keefe, the CBS News White House Correspondent Who Came To Play