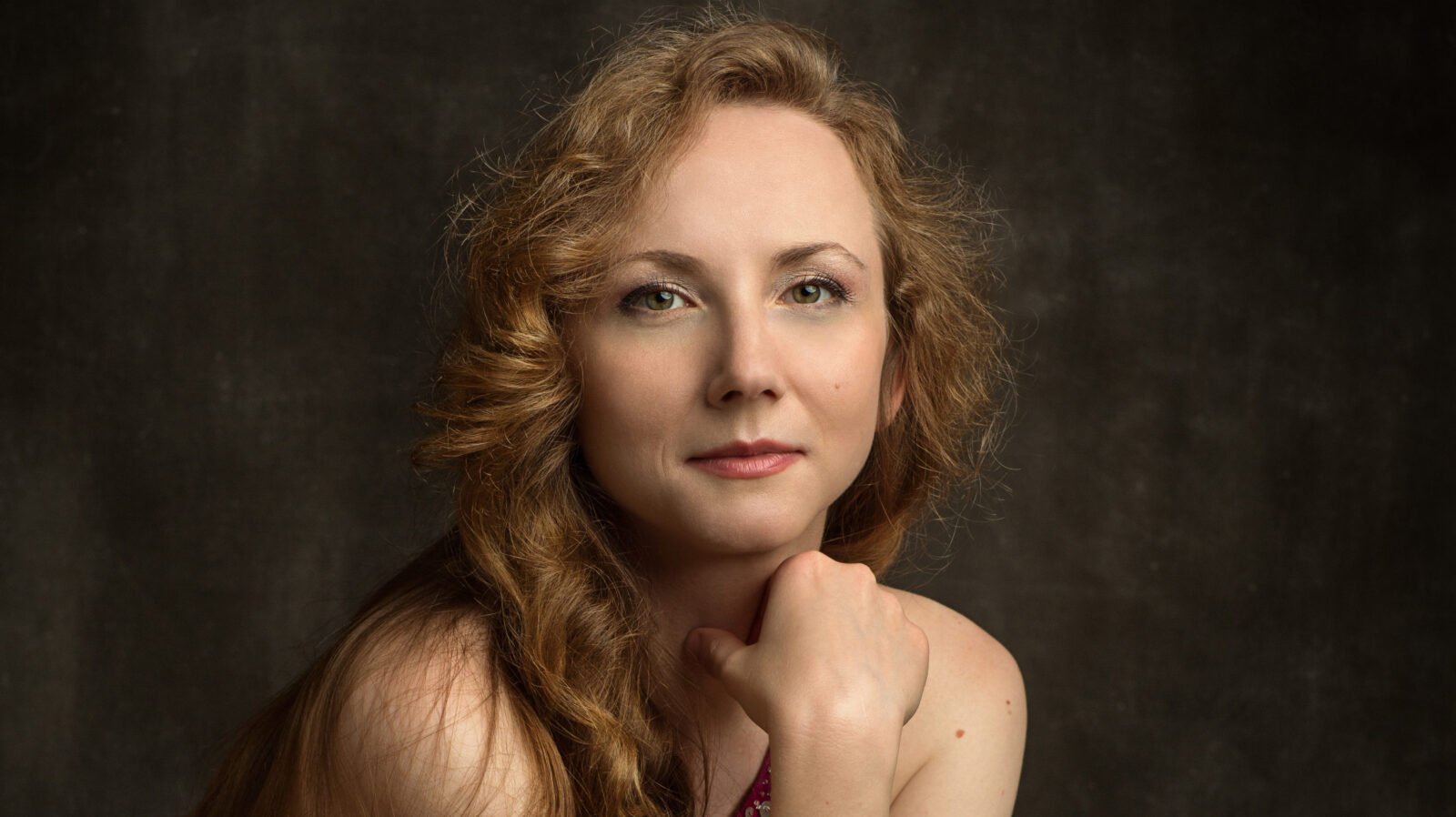 Known for her mastery and maturity at the piano, Russian born, Spanish pianist Marianna Prjevalskaya has received praise for her intensity at the keyboard as well as her beautiful tone. In a performance as part of the Dame Myra Hess Memorial Concerts series, she shared the music of Debussy, Rachmaninoff, and Brahms. The performance took place in Preston Bradley Hall at the Chicago Cultural Center, and was broadcast live on WFMT's Facebook page. Enjoy videos from her live performance below.

Études-Tableaux, Op. 33, No. 4 Moderato in D Minor, by Sergei Rachmaninoff

Études-Tableaux, Op. 33, No. 8 Grave in C-Sharp Minor, by Sergei Rachmaninoff

More about the artist

Praised by critics as “a grand pianist” (Il Cittadino, Italy), Marianna Prjevalskaya has appeared with major orchestras such as the Cincinnati Symphony Orchestra, Louisiana Philharmonic Orchestra, National Lithuanian Symphony Orchestra, and collaborated with renowned conductors such as Ion Marin, Roberto Trevino, Carlos Prieto, and David Danzmayr. As a recitalist, Marianna performed in venues such as the Mozarteum in Salzburg, Accademia Santa Cecilia in Rome, Teatro Goldoni of Florence, Minato Mirai Hall in Yokohama, Weill Hall in New York. Her debut at Weill Hall was praised by Frank Daykin as “one of the major piano recitals of the season” and “a stunning display of mature pianism”. (New York Concert Review, New York). Spanish critic Santi Riu complimented Marianna as a “virtuoso, impetuous, passionate and mature pianist of great musicality” (Diario Segre, Spain), and Tim Smith was “consistently impressed by Prjevalskaya´s beauty of expression“, and asserts that she is a “pianist who has moved well beyond the hone-the-technique phase and can concentrate entirely on making music” (The Baltimore Sun, Baltimore).

Her first CD was released by Naxos in 2012; her most recent album dedicated to Rachmaninoff was released in June 2016 by Fanfare Cincinnati, and was praised by critics in the US and in Spain. Jaime Pantín writes in Codalario magazine that “her polyphonic transparency is astonishing, and her execution is of impeccable precision, clarity, virtuosity and beauty of sound.” Gary Lenco from Audiophile Audition magazine praises her for “intelligent virtuosity” and considers that “she certainly displays her capacity to make tone, evoking any number of erotic possibilities in the music, rife with harmonic color. She indulges in a rubato natural both to Chopin and Rachmaninov”. And Tim Smith writes in Baltimore Sun that: “she tackles both [works] with disarming technical assurance, all the while revealing a keen ear for subtleties of tempo and dynamics. Each work becomes a poetic novel, the “chapters” filled with fascinating detail and leading up to a richly satisfying summation.”

Born to a musical family, Marianna benefited from early lessons with her mother from age six, her principal mentor for more than eleven years. She continued her studies at the Royal College of Music in London with Irina Zaritskaya and Kevin Kenner. In 2003 Marianna moved to the United States where she joined the Toradze Piano Studio at Indiana University. She also holds Artist Diploma and Master of Music from Yale School of Music, where she studied with Boris Berman. Currently, Marianna is a doctoral candidate at Peabody Conservatory of Music where she studied with Boris Slutsky. She offered master classes in Colorado, Spain, Tulane University and at the New Orleans Piano Institute, and served as an adjudicator at the Open Piano Competition in London in 2012, Albacete National Piano Competition in Spain in 2014, and at the New Orleans International Piano Competition in 2016.

In Their Own Words: Quotes From Artists and Friends of WFMT Who Died in 2020
70th Anniversary Special: Interview with Almita & Roland Vamos
6 Classical Music and Wine Pairings That Are Sure To Soothe Your Soul
In Their Own Words: Inspiring Quotes From Classical Artists, Members of the Arts Community, and Colleagues Who Died in 2021
In the Age of the Visual Album, What Can Opera Learn from Beyoncé?
Your Guide to Chopin's Études