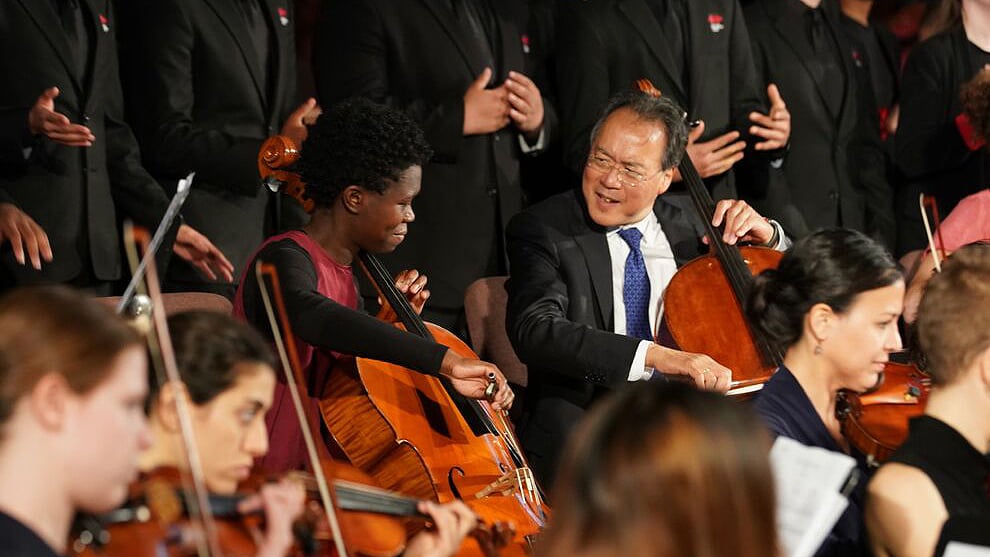 In 2018, 6,308 Americans have died due to gun violence, and 11,841 more have been injured, according to Gun Violence Archive. In Chicago alone, 1164 people have been shot this year, including 190 deaths and 974 injuries; 38 of those shootings took place between the evening of Friday, June 8 and the morning of Monday, June 11, resulting in 9 deaths.

On Sunday, June 10, hundreds gathered at St. Sabina Church on Chicago’s South Side to honor victims of gun violence with a Concert for Peace featuring cellist Yo-Yo Ma. The concert, organized in partnership with the Faith Community of St. Sabina, the Negaunee Institute at the Chicago Symphony Orchestra, and Purpose Over Pain, was the second of its kind.

Ma, the CSO’s creative consultant, learned about the decades-long commitment to social justice and outreach within the Faith Community of St. Sabina, and wanted to see how he could honor its work through music. After discussions with St. Sabina’s senior pastor, Reverend Michael Pfleger, whose son was fatally shot near St. Sabina’s, they organized the first Concert for Peace at the church in 2017.

The event raised $70,000 to benefit St. Sabina’s Strong Futures Jobs Program, part of the parish’s larger violence intervention efforts in the community. Strong Futures engages at-risk youth between the ages of 17 and 26, a group most likely to be incarcerated or shot, and less likely to have adequate educational or professional resources. 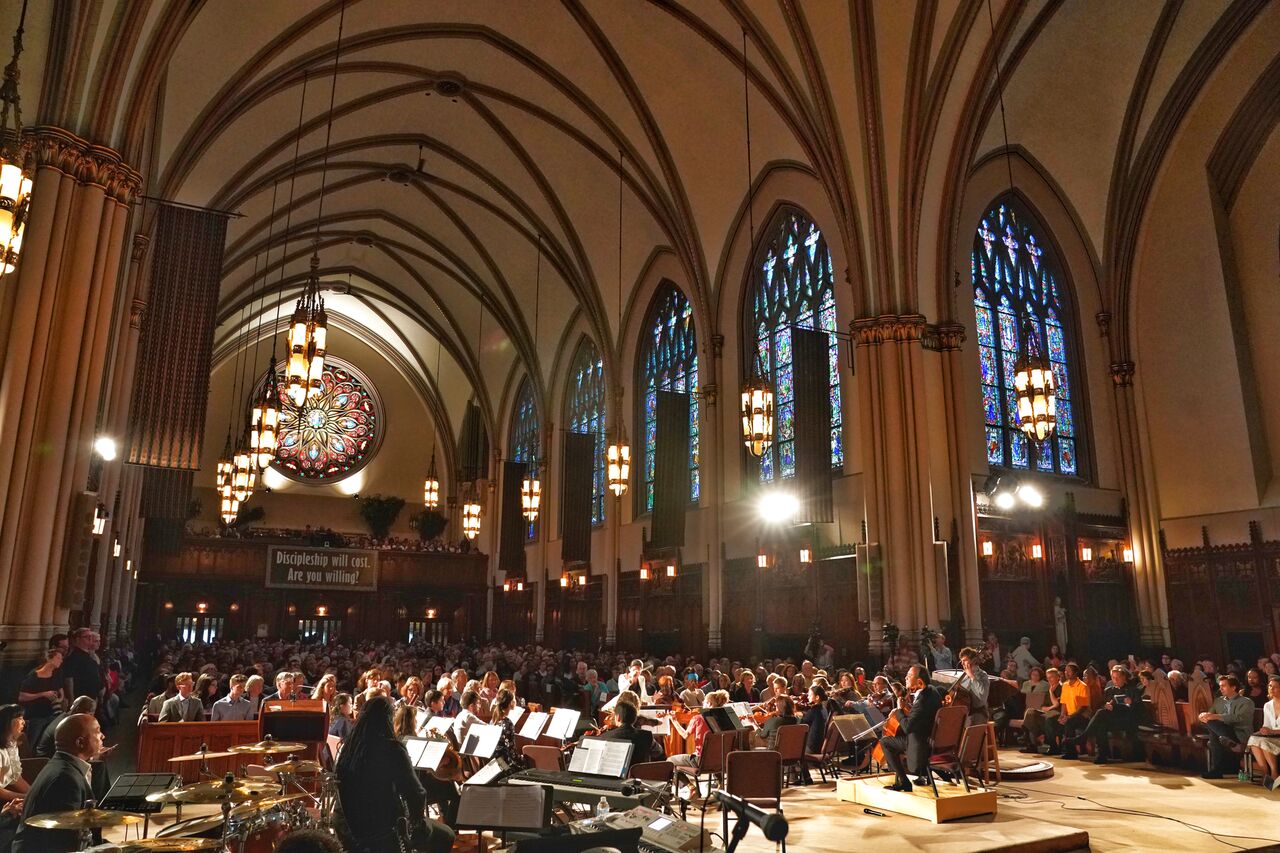 Hundreds gathered in St. Sabina Church to honor the memory of those who have been lost to gun violence in a Concert for Peace Sunday, June 10, 2018 (Photo: Todd Rosenberg)

The performance included classical works in addition to original music created with family members of victims of gun violence through Purpose Over Pain, a not-for-profit that works for stricter gun control laws and provides support for parents. To date, Purpose Over Pain has helped families create over two dozen songs to honor loved ones they have lost, five of which were performed live during Sunday’s concert.

One song, “Hurricane,” had lyrics by Delphine Cherry, who lost two of her children to gun violence in two incidents separated by twenty years. In 1992, her daughter Tyesa Abney, who was 16 years old at the time, was shot by a 14-year-old when she was leaving a movie theater in downtown Chicago. In 2012, her son Tyler was shot in the driveway of his family home in Hazel Crest, Illinois, and died shortly after.

Delphine is still seeking justice for her son’s murder, and titled the song after his nickname. The chorus wails: “Thought I’d lost my soul, / Raging and angry, found myself turning away / Felt like a hurricane got me.” (You can hear a performance of “Hurricane” online at notesforpeace.org, along with other songs created through Purpose Over Pain.)

Ma admits that “music in itself can’t prevent violence.” But it can bring people together. Live performances, by their very nature, require musicians to come together to rehearse, and audiences to join them to experience their performance. The first Concert for Peace, Ma said, filled the church with people from 150 zip codes.

Both concerts, Ma said, have helped parents find support. “I came to a rehearsal about a month and a half ago and met some of the parents who lost their children. They were all standing there with portraits of them, and needless to say, tears were flowing by the end of rehearsal. But the parents discovered each other.”

Music, by its nature, also forces us to externalize our feelings, whether you’re performing yourself or bearing witness as an audience member. “We’re exteriorizing something that’s so interior, personal, and so dreadful in the company of others – that’s the beginning of healing,” he said. “There’s nothing more important and meaningful than having that moment of relief. There can be catharsis.”

By coming together, through concerts or other events, people can work together to find solutions to complex issues like gun violence. “It’s not just a problem that you can point the finger of blame only on the gun manufacturers, the politicians, the people who are shooting the guns. Sure, all of those things are part of it. But when people put their heads together, they come up with a much more considered and thoughtful solution, because it comes from a deep place that says, ‘This can’t go on.'”