The shofar, an instrument made from a ram’s horn, is heard in synagogues all over the world during the Jewish High Holidays. It has also been heard outside those confines for ages, as a call to battle, or a way for shepherds to summon their flocks, and as inspiration for many classical composers.

Many composers have been inspired to emulate this evocative sound in their music. For Osvaldo Golijov, the shofar expresses “the wail of pain but also of survival and transcendence.” He incorporated a number of shofars in Rose of the Winds, a piece Yo-Yo Ma and the Silk Road Ensemble premiered in 2007. Edward Elgar heard shofar calls at an Ashkenazic synagogue in London and transfigured those sounds into his writing for the trumpets and trombones in his 1903 oratorio, The Apostles. And Jamie Bernstein reveals that her father, Leonard Bernstein, incorporated the dissonant tritone of traditional calls in many of his works.

Steve Ovitsky is an accomplished horn player and ba’al tokea, someone who plays the shofar on the Jewish New Year. “To play the shofar well,” Steve explains, “you have to find the right spot on your embouchure, because the openings of the shofrot are so different from each other. Some are rounded, some are elliptical, and you have to find the right place that makes it possible to vibrate the lips to get the sound out of the horn.”

And so, the creation of a new concerto involving this very old instrument inspired us to make a radio program about the piece and the ancient horn itself. This resulted in our travelling to Vienna and Budapest to speak with the composer and many of the principals involved in a debut recording. Brazilian-born, Vienna-based composer Miguel Kertsman wrote his Concerto for Violin, Horn, Shofar and Orchestra after being inspired by the playing of a very musical couple – Orsolya Korcsolan, a brilliant violinist, and Gergely Sugar, a virtuoso of both the horn and the shofar. “Budapest for a Day” was made manifest because Orsi and Gergely spend their summers there.

Miguel, in Vienna, told us the shofar fascinates him because it is “extremely organic and earthly, then at the same time, it seems to open up your mind.” He said the concerto came about after hearing Orsi play a recital. He loved her lush, round, Eastern European sound. (She actually calls it “schmaltzy.”) As it turns out, she was one of the last students of the great Dorothy DeLay at the Juilliard School. Gergely’s role in the work results from his apparent ability to superbly play just about anything to which he can apply his embouchure – including the shofar! Miguel became fascinated by the ways in which those three sounds could contribute to the orchestral palette.

After the piece was written the question of execution became paramount. It turned out that two very particular shofars were needed to make all the pitches Miguel required in his score. And so began Gergely’s wild search for just the right instruments. Miguel had his soloists, but now he needed a conductor and orchestra that could put together a big new concerto with unusual scoring in a relatively short recording session. His solution was Dennis Russell Davies and the London Philharmonic. Dennis is one of those rare musicians who revels in the new and complex. Also, he seems to know instinctively what a composer is thinking. The resulting recording, just released on the NAXOS label, speaks for itself.

We feel that our new show elaborates on how it all came to be, giving us a sense of the people who made it happen, why they were so committed to the project, and why it is that this basic instrument resonates so mysteriously in all of us. 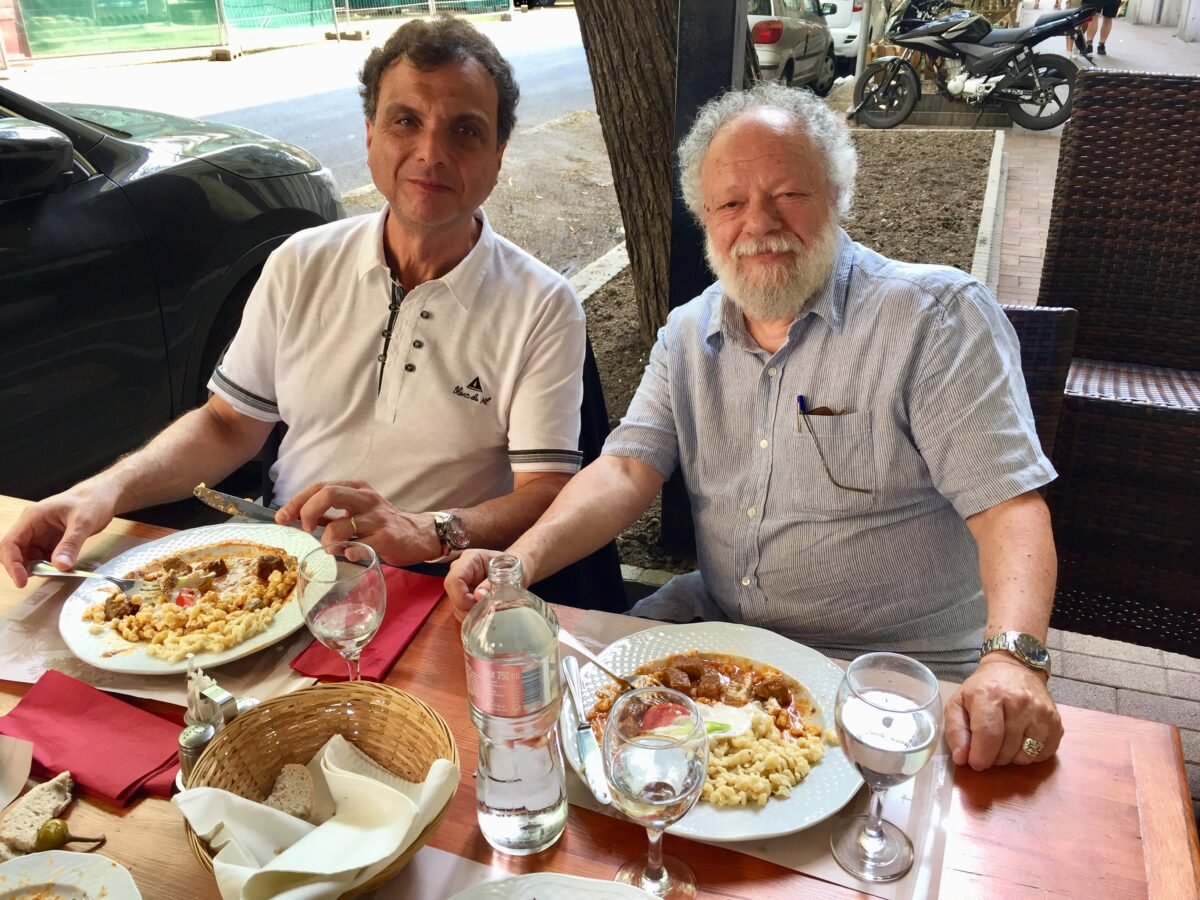 Sound the Shofar has been made possible in part by an anonymous donor, the Leo J. and Roslyn L. Krupp Family Foundation, Sonny and Marlene Hersh, and Vicki and Tom Horwich.